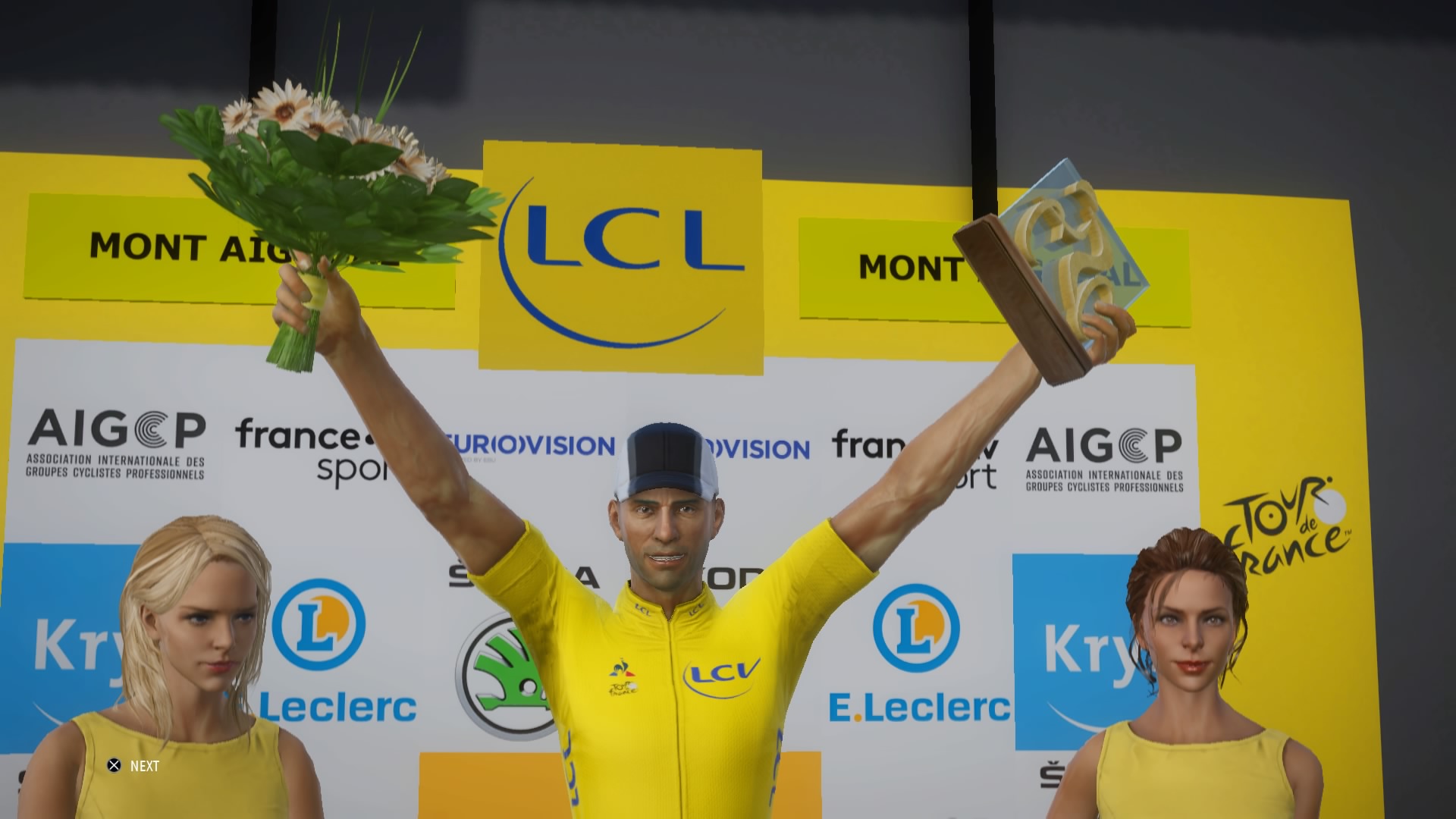 Part one of my three-part series attacked controlling the green jersey. In part two, we discovered the necessary strategy for controlling the polka dot jersey. Each of those challenges has their own unique strategies and methods to control them through Paris. In part three of this Tour de France 2020 guide, we take a look at the most important jersey on the Tour de France, the yellow jersey. Also known in French as the maillot jaune, the yellow jersey is the most prestigious jersey in the world of cycling.

The yellow jersey is awarded to the winner of the general classification, which is the rider with the shortest total time from start to finish. Riders who win yellow are forever remembered as cycling legends, a god of the alps. In Tour de France 2020, you have the opportunity to make your own history — an opportunity to finish the Tour as the man in yellow. Join me and let us dive in to part three of my controlling the jersey series.

Knowing your competition is very important. Each team consists of multiple riders, but usually only one rider on each team is one who will contend for the yellow jersey. These will be riders who are superior in the mountains and able to recover day after day. There is some prep work involved before the Tour. You must know which riders will contend against you in the general classification. Which ones are better than the others in both hilly and mountain stages? 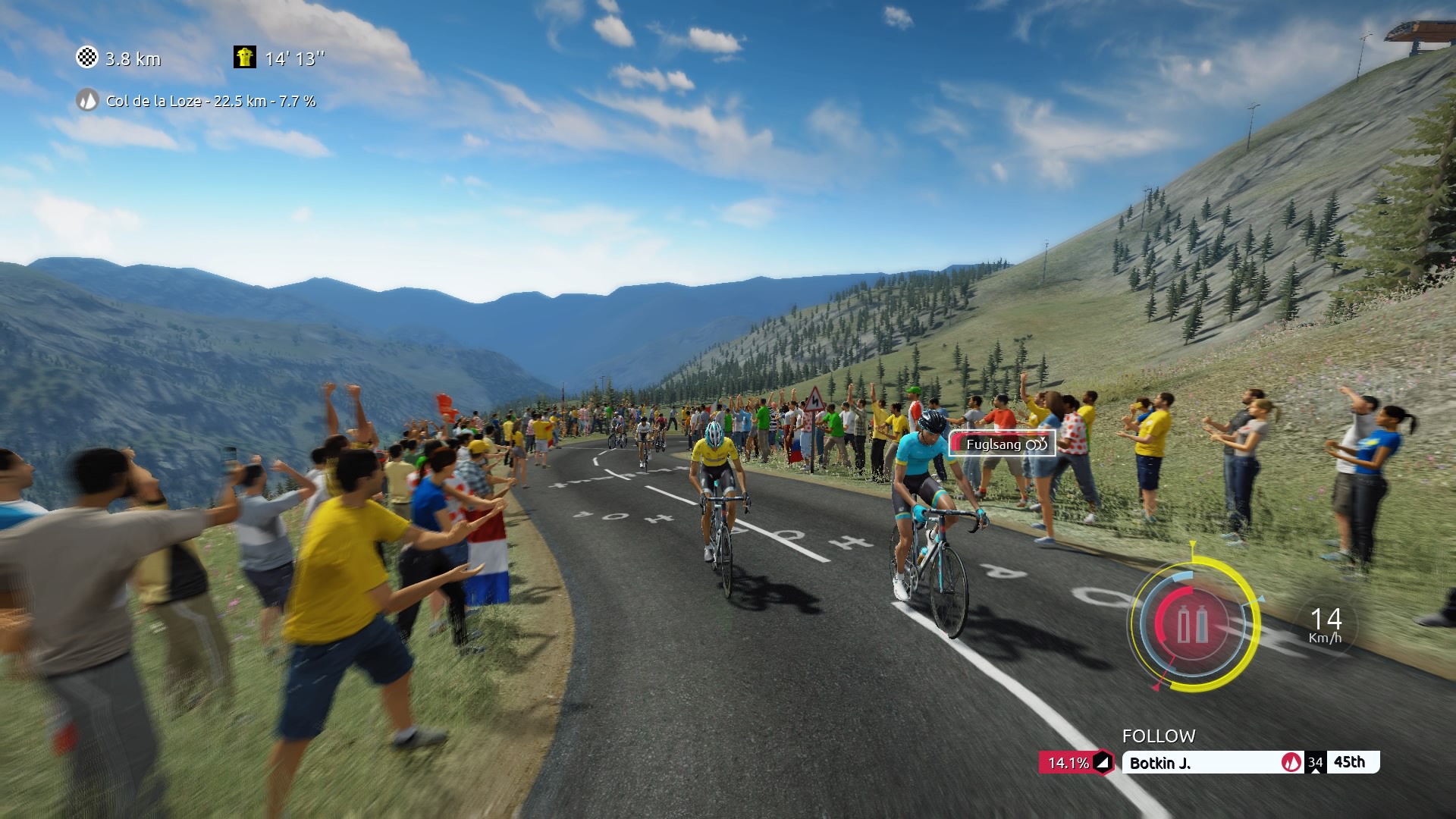 On flat and hilly stages, these riders will most likely not make any moves. But on mountainous stages, even those which occur earlier in the Tour, you may notice opposing riders attempt attacks to gain a time advantage in the GC. You don’t need to worry too much about these early attacks as long as you don’t get more than a minute behind. If you are attacked early in the Tour, it is best to keep pace with your competitor rather than try to be too aggressive and drain energy while attacking them.

Throughout the history of the Tour de France, the battle for the yellow jersey plays out during the ascension of the most intense mountainous stages in the world. In terms of strategy, attempting to control the yellow jersey does not mean you need to win early in the Tour. Conquering the yellow requires a significant amount of patience. Don’t let riders who attack early bait you into attacking. The last thing you want to do is attack the peloton earlier in the race only to affect your ability to recover.

Allow the riders who are not pretenders in the Tour to break away and attempt stage wins. They will not be able to tackle the highest mountains in the end. Instead, focus on protecting your number one rider. Use your team to protect your leader throughout each stage and set a high pace in the peloton. 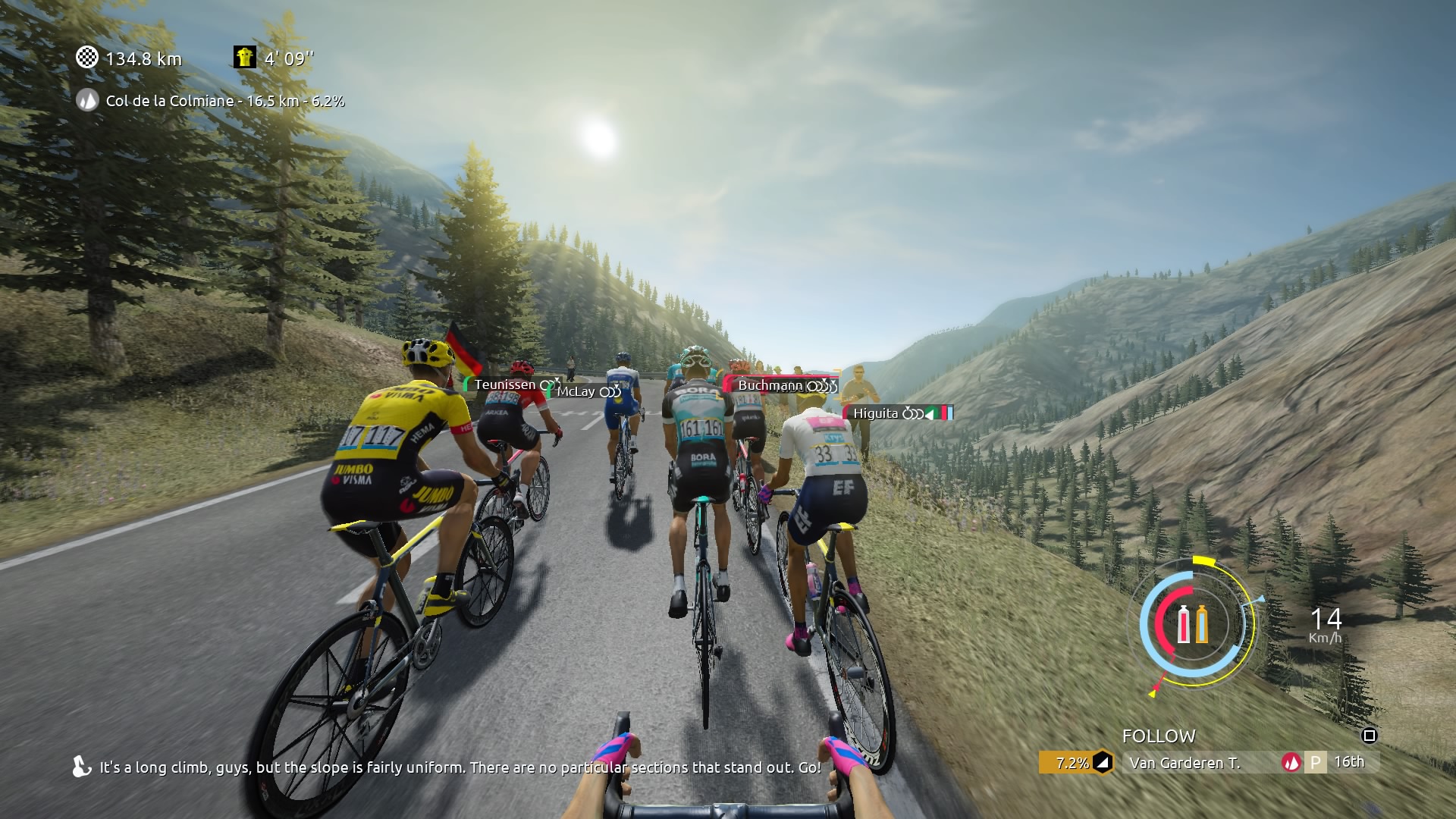 Maintaining stamina is the purpose when controlling the yellow jersey. Each stage you begin, you are preparing your rider to sustain attacks and counter-attack in the mountains. This includes everyone on your team. Not only do you need to keep your best rider fresh, but you also need to maintain the stamina of your best mountain teammates. Teammates can help you climb the mountains. They are there to protect you against competing riders. If their stamina depletes faster than yours, you will run into issues towards the end of the Tour.

Again, the yellow jersey is all about overall time. When your teammates’ energy blows up and you are left to ride the mountain alone, you become exposed. Like sharks circling their prey, opposing riders will notice you’re alone and begin a series of attacks to try and drop you from the race. If you find yourself in this situation, the best thing to do is up your riders’ tempo and force your opponent’s hand. Don’t let your opponents attack you, instead, be aggressive and initiate the attacks against them. 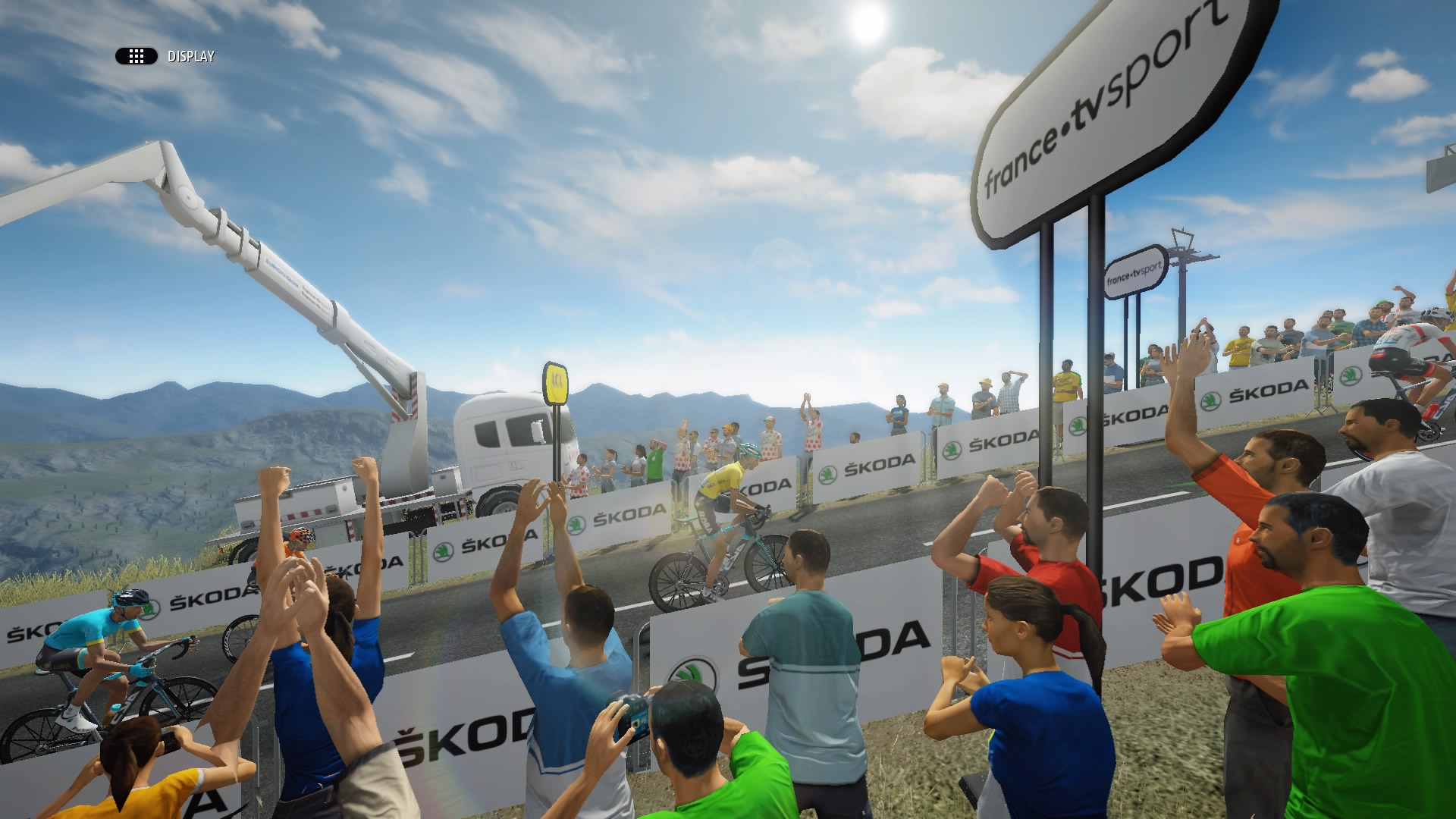 Once you attack, they will close the gap and ride on your wheel. When they catch up, take a minute to gather your stamina and attack them again. In the reverse situation when you have a teammate leading you up the mountain, you will be able to sustain a high tempo and not worry too much about an opponent’s attacks. If they decide to make their move, you can up your tempo even more to maintain the time gap without destroying your energy reserves. As you get closer to the summit finish, attack hard and all the way to the line. Most likely you’ll find yourself catching your rival or passing them on the way to the finish.

The attributes of your riders are very important. Knowing what all of your riders are capable of is essential before beginning your quest to wear the yellow jersey. Knowing the names and strengths of each of your riders is also important. If you know which riders you can use to contend for stage wins, sprints and the workhorses that will protect you over mountain summits, then you’re well on your way to success. 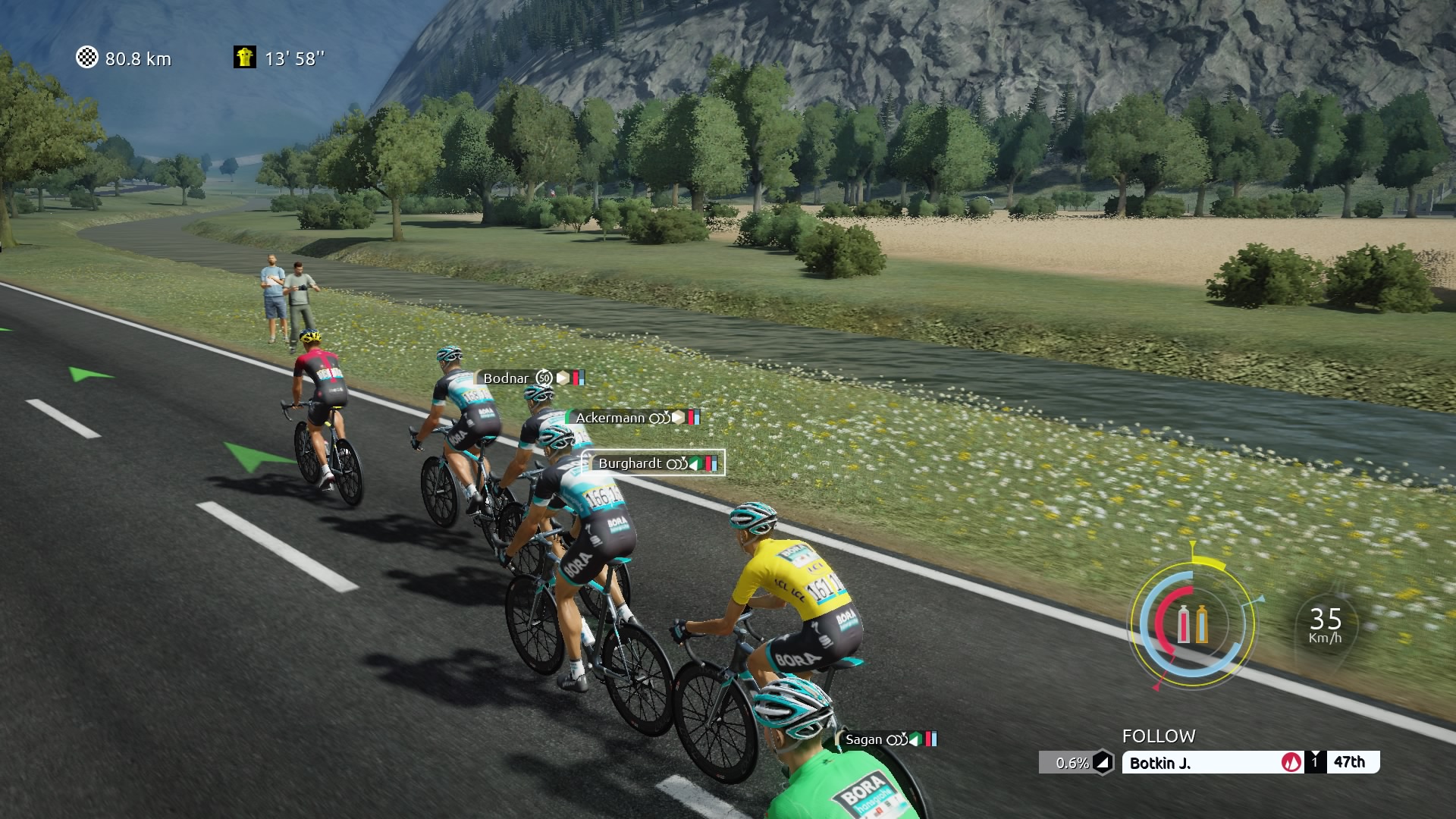 Attempting to control the yellow jersey includes having an overall perspective of your team. Nobody can win the yellow alone. Once you are in yellow, you will need to manage the stamina of your team. During the Tour, the yellow jersey often sets the tempo for the peloton. If the tempo is too slow, then the peloton will be attacked by other riders. Therefore, you need to know who to stack your team with during each stage. Which riders will burn out sooner than others, which need to sit back and recover, and which can assist in closing the gap should your leader face attacks from competitors?

In Tour de France 2020, there is no greater accomplishment than standing on the podium in Paris as the overall winner of the Tour de France. Depending on your difficulty level, it may be quite the challenge to get there. It requires strategy and remaining alert in the mountains as big names wait for the moment to attack. Enjoy your quest and I hope this Tour de France 2020 guide helps you on your way.