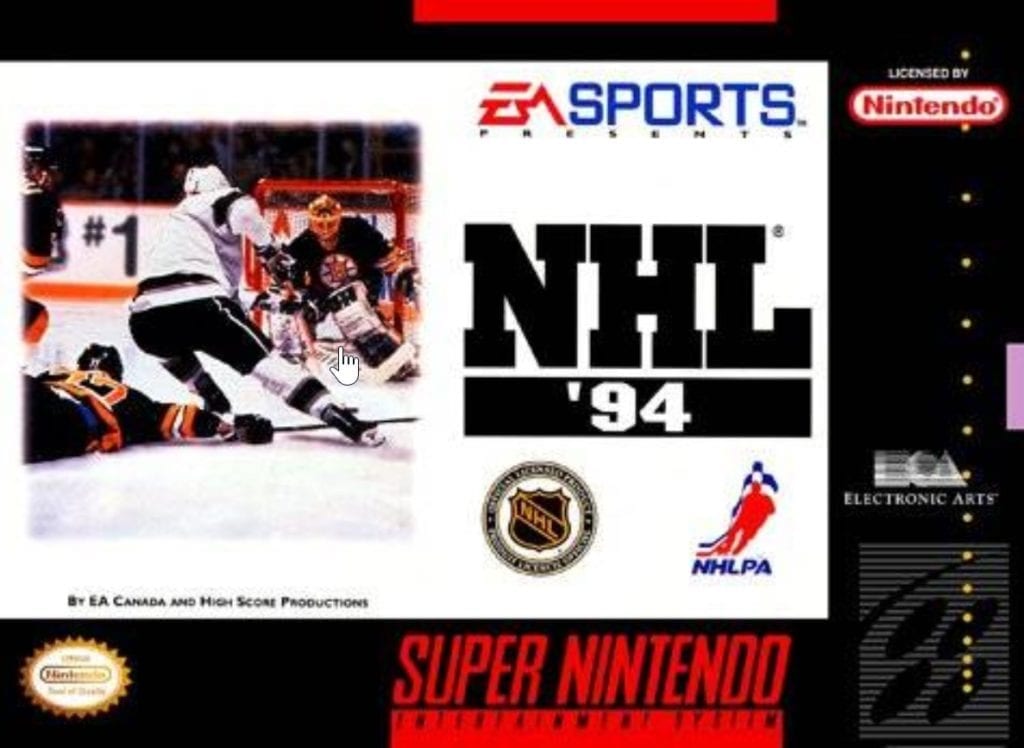 This week’s Throwback Thursday is about a cultural phenomenon that, for many Operation Sports users, rewrote the very definition of what a sports video game could be.

If you owned a Sega Genesis, there were only two hockey games at your disposal for the 1994 season: NHL 94 and Brett Hull Hockey. EA Sports’ previous two entries, NHL Hockey and NHLPA Hockey 93, were well received hockey simulations. Brett Hull Hockey, despite its glorious 1990s box art, suffered from slower gameplay and a bizarre camera angle.

As primitive as it sounds, NHL 94 was the first game in EA Sports’ NHL series to be approved by both the NHL and NHLPA, allowing gamers to play with real players from real teams for the first time (though, at the cost of fighting).

What made NHL 94 stand out as what many consider to be the undisputed king of hockey gaming was its gameplay. If you frequent our Throwback Thursday posts, you may be detecting a pattern here. NHL 94 just felt right. Players glided across the ice and the controls responded well.

NHL 94’s primary gameplay addition was the inclusion of the one-timer, which revolutionized hockey gamers’ strategies altogether. For better and for worse, if executed correctly, it was an almost-surefire way to score. While gamers are downright spoiled with the various ways to aim, check and deke in NHL 17, NHL 94 is a reminder that simple controls can go a long way.

Penalties were customizable, breakaways were thrilling, and the hits were, at times, crushing. Players could finally control their goalies. NHL rules were well represented, and adjusting the rules allowed for completely transformative gameplay.

For a number of us, just the sight of the blue ice is enough to trigger blissful days of the early ’90s. And what about Ron Barr!? And the organ music for individual teams!?

Truly, today’s games have learned plenty from NHL 94. Its influence on modern hockey games is astronomical. EA Sports’ NHL series has evolved tremendously in the last 12 years, but NHL 94 set the bar and became the gold standard. Look at NHL Hitz 2003, NHL Rock the Rink, and hockey video game released after 1994. They all took cues big and small from NHL 94.

Perhaps a lesson could stem from Mutant League Hockey, the Genesis-only ultra-violent hockey game that was built off of the NHL 94 engine. While you (hint) will likely see more on Mutant League Hockey in the coming weeks, the important takeaway is that EA Sports went out of its way to create something tremendously unique and different from its sports sim. Mutant League Hockey was a remarkable style departure that not only kept the door open for more alternative sports gaming, but also could use an HD re-release. One can only wonder what EA or any other developers could create with that kind of mindset and openness.

Surprisingly, unless your muscle memory makes it an effortless transition, it can actually be somewhat tricky to get back into NHL 94 after being spoiled by the depth of controls and features in NHL 17. Relearning timing requires patience. However, if you are willing, re-mastering NHL 94 is worth every second you put into it. The smooth gameplay and engrossing environment couple together for a worthwhile trip down memory lane and provide gamers with an alternative hockey title to coincide with this season.

NHL 94 has a tremendous community that updates the rosters, organizes tournaments and keeps the game fresh for new generations. NHL94.com is your one-stop-shop for anything you could dream of. Online leagues, editing tools and even updates on a documentary about NHL 94 are all there. Check them out, acquire the version of NHL 94 that suits you best and get lost all over again in a full season.