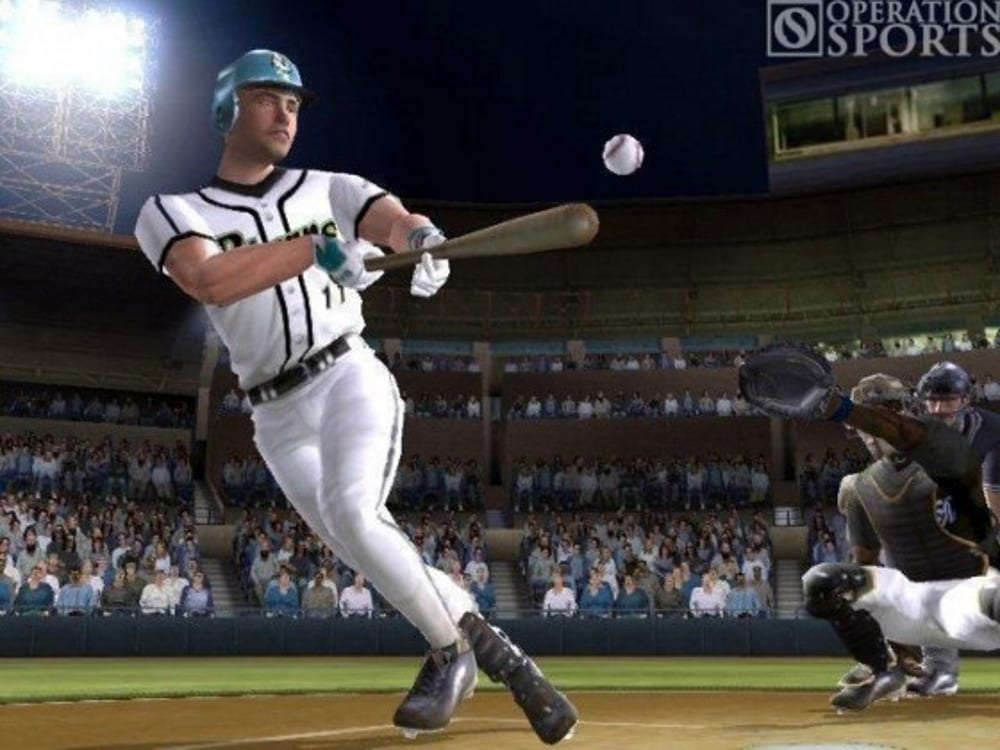 In celebration of the captivating MLB postseason, this week’s Throwback Thursday focuses on a particular baseball game many consider not only as the best baseball game of all-time, but one of the greatest games ever made.

Though unfathomable in today’s post-monopoly sports gaming world, there was once upon a time where as many as five(!) Major League Baseball video games were available for a given season. The 2005 season saw All-Star Baseball 2005, MLB 2K5, MLB 2005, MLB SlugFest: Loaded and MVP Baseball 2005. Some of them even came at bargain prices to hopefully sway hopeful customers. With so many options, how on earth could one possibly settle in on a season-long partner? The cutthroat competition drove annual innovation.

For those unfamiliar, the MVP series began with a 2003 version that rose from the ashes of EA’s Triple Play series. The 2004 iteration was met with overwhelming critical acclaim. After 2K signed a deal with the MLB that somewhat mirrored EA’s NFL/Madden exclusivity license, EA’s final entry in the MVP series with the MLB licenses in tow left the gaming world with something to talk about. MVP 2005’s gameplay is almost flawless and could be described as the perfect mix of sim and arcade. Controls were incredibly responsive. Animations were varied and rarely (if ever) looked awkward. Hitting experienced a new world of immersion and control with a new hitter’s eye system and the ability to influence your swing with the left joystick. Lead offs and stolen bases (“AND HE’S GOING!”) were easy to control and unpredictable.

Pitches moved and pitchers were different. Go ahead and try to hit Tim Wakefield’s knucklers after seven innings of Pedro Martinez. Inside Edge hot and cold zones created an additional layer of pitching strategy, fielding was fluid and diving catches were exhilarating. Throws could sacrifice accuracy for additional power. Players could have their manager argue any call and control the intensity of their argument. Players could also charge the mound after being hit with any pitch, a much-desired feature absent from the MLB: The Show series at MLB’s request.

MVP 2005 rewarded everything you did with MVP Points, a precursor to MLB: The Show’s Stubs. A dearth of unlockable legendary stadiums, players and jerseys were at your disposal if you could afford them. Or, you could simply name a created player “KATIE ROY” and subsequently unlock everything in the game. Imagine how much that would cost in today’s inflation-adjusted DLC prices. Just don’t think about the hours of your youth spent trying to unlock Cy Young and the Montreal Expos jerseys.

Team allegiances aside, Duane Kuiper and Mike Krukow became nostalgic for many baseball fans as they logged hours and hours of seemingly endless summer nights with MVP 2005. Even when Krukow’s voice cracks at the end of “Big Boy.” Considering the era, it is crazy that MVP Baseball 2005 included two different franchise modes. Dynasty Mode, the game’s traditional franchise mode, was robust as any of its digital competitors. It included optional team chemistry and rainouts on top of the plethora of managerial duties that customarily accompany the mode.

But it was Owner Mode that stole the show. Players could create their own ballparks (a hair more advanced than previous-gen Tony Hawk’s Pro Skater 2’s Create-a-Park), arbitrarily change food vendor prices and set up promotional days in addition to all Dynasty Mode features. And people could do it for decades. Aspects of Owner Mode have already permeated MLB: The Show’s most recent iteration, and improving franchise mode is a perennial priority for Sony San Diego.

If the hitting mini-game was released as-is for iOS and Android, it would fetch a pretty penny. As fun as it was watching the ball fly up ramps, smash into cars, and, of course, hit the coveted tractor, the mini-game actually did a remarkable job of actually teaching players how to hit. Sony San Diego flexed their experimental muscles when they included the Risk-like Conquest Mode and Battle Royale in MLB 16: The Show. Future iterations of The Show would benefit from a similar hitting mode replacing traditional training modes, especially given The Show’s propensity for quick, incentive-driven challenges. Like last week’s WWF No Mercy, MVP 2005 has an incredible modding community that keeps the game fresh via the PC version. If you own a copy, download the latest update from MVPmods.com and locate your USB controller of choice. The fine folks at MVPMods.com have gone to tremendous lengths to preserve and modernize the experience.

Veterans will find it is easy to get re-acclimated, and newcomers will not get overwhelmed with complexities. Hitting a home run in MVP 2005 is surprisingly easy. Fans of the MLB: The Show series will need some extra practice to transition back to MVP 2005’s meter pitching.

Rosters were a perfect blend of aging 1990s heroes and early 2000s studs, which make present-day MVP 2005 fantasy drafts thrilling and loaded with nostalgia. This postseason, round up some pals, draft your childhood heroes in Owner Mode, select Randy Auschrat in the 12th round and lead your mishmash of MLB legends on a buttery smooth escapade to the Commissioner’s Trophy. Oh, and GRAB SOME PINE, MEAT!