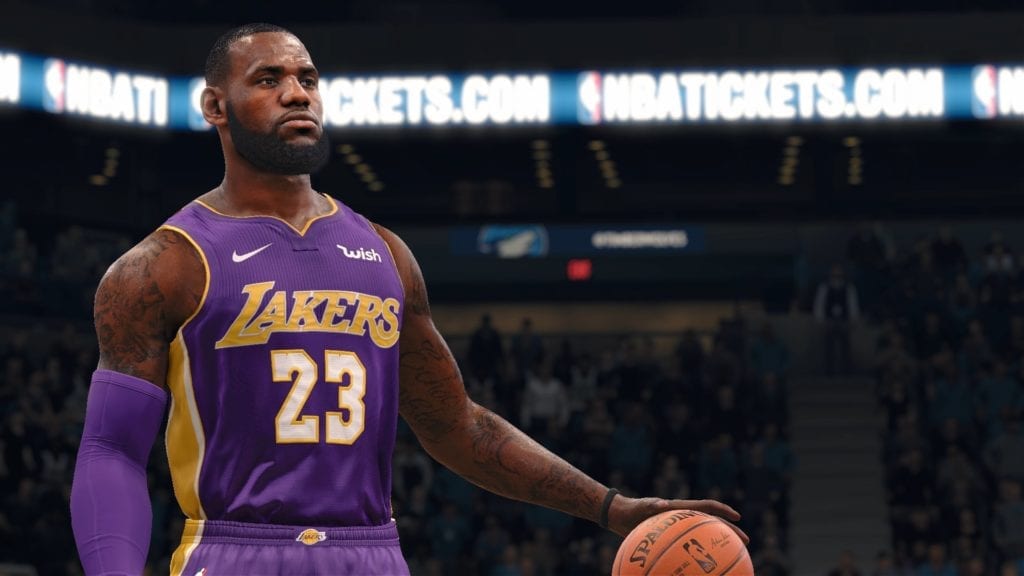 The unfortunate predicament I find myself in is the same one that has continued to trend a certain direction over the past few years. I’m an NBA enthusiast. I follow the game, all games, all teams, all players. I love it.  As a Cavaliers fan, I’ve had a rough summer, as you can imagine. I’ve been at the low of lows as the King has departed yet again, leaving a void in the franchise that will not be filled for quite some time.

However, as summer lingers on there is a bright spot approaching for me: NBA video game season. A time where I can block out the reality of the impending 25-win season the Cavs are on the brink of achieving. For the vast majority of my life, I have been a huge basketball video game fan. Finding Operation Sports way back in 2000, my love of the game and the games that replicated the sport I love grew exponentially. We were able to interact with lead developers. THE Mike Wang frequented the board back in the days, and I like to think that I struck up a good friendship with him. We would PM back and forth about the upcoming Inside Drive titles that he was working on with High Voltage. I’d PM my deep dives on gameplay, game modes, slider recommendations, AI, etc. He was a man of the people and implemented our feedback. Everything was phenomenal.

Back then you had Inside Drive, Konami ESPN Basketball, NBA 2K, NBA Shootout and NBA Live to fill your NBA gaming needs. If one wasn’t your cup of tea, then there was another title right around the next aisle you could pick up and give a whirl. Each had specific pros and cons. Some had more pros than the others, but all of them pushed to replicate the NBA product that I have grown up on.

Fast forward 15 years since I fell in love with Inside Drive 2003, we’re in quite a different spot with NBA video games. Long gone are the days of ample options. No more do I have five different studios all competing for my hard earned dollar.  No more do I have true options in the areas of the game that truly matter to me. 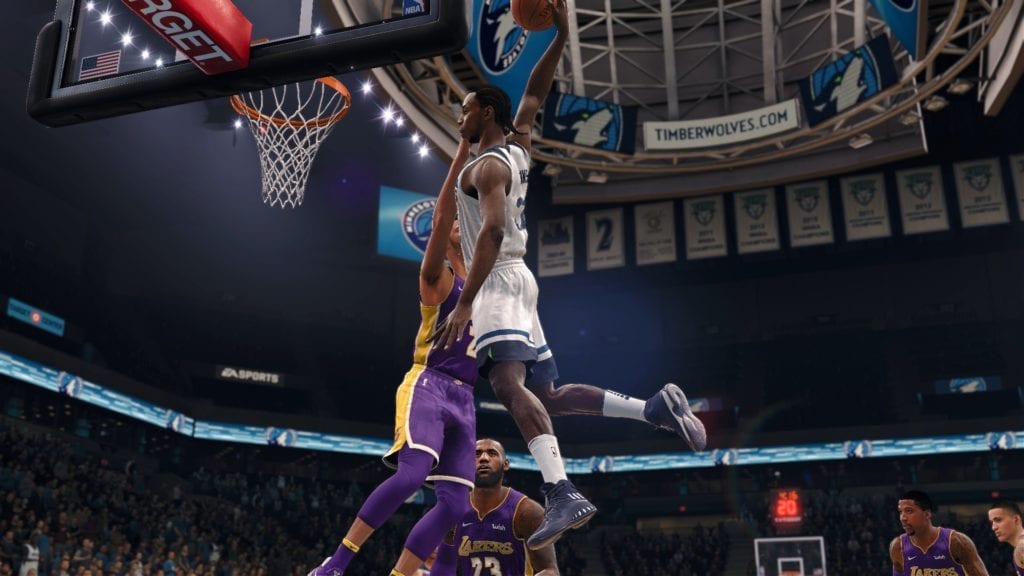 NBA Live, But Without The NBA

Like I mentioned above, I love the NBA game. I love the strategy. I love the superstars who can go off at any given time and really put on a show. I love the atmosphere. I love the grind of an 82-game season to find out who will be the last team standing after a long playoff series. I love the injuries that cause team strategies to shift and find new ways to win. I love the personnel changes when guys just don’t “click” in a system. I love scouting upcoming players and seeing what trades I can accomplish that will change the outlook of my team for not only this year, but for years to come. I love unique incoming rookies who are dynamic and could be absolute superstars. I love the salary cap and the implications that come along with building a team within budget. Bird rights, CBA rules. I love it.

When I sit down at the end of a long day and just want to play an NBA game, I do so with the intention of playing an actual meaningful NBA game. I’ll fire up Live or 2K, and go to Dynasty or MyLeague and try to take my team to the top. I’ll play against the AI, and if I’m lucky, the AI will play to their strengths and it’ll be up to me to make the necessary adjustments to counteract them.

But this is the major problem and it’s been trending in this direction for quite some time. There is only one title currently with a full-fledged NBA franchise mode, with all of the bells and whistles that I’ve come to expect from a title that is played on current-gen consoles. That is, of course, NBA 2K.

For the past several years, basketball gaming has started trending towards “My Player” type modes where you are the star, and you build your player up along your own NBA journey. It was made hugely popular by NBA 2K, and NBA Live has kind of taken that mode, and truly taken another step and focused the brunt of their game towards “The One” mode. I get it. We’re in the YouTube Generation. They draw views, they influence purchases and have vast followings.

I get it — I just don’t like it. I don’t like the fact that in Live 18 the franchise mode was so barebones and without character that I couldn’t play more than a month. The fresh paint and UI were nice, but beyond that there just wasn’t much there. There was, however, more “fresh content” delivered weekly for those who are focused on The One. There were loot crates, challenges, variety, timed challenges, etc. There was effort.

The gameplay is coming along, and they’re making some large strides with their current iteration. The animations are coming along. The signature styles are improving. Emotion is being heavily implemented. All of the on the court things I look for are starting to take shape in NBA Live.

Franchise Mode Has To Improve

So here is my dilemma. As someone who is a franchise player, where do I go from here? If franchise in NBA Live is as stale as its been in recent years, what now? I’ll delve into NBA 2K in a subsequent post, but for now I want to focus on Live.

Becoming an EA GameChanger in 2014 and going down to many events from 2014-2017 thanks to Andrew Johnson (Thanks AJ!), I was able to meet some extraordinarily talented developers who have the passion to take this game to the next level. I have been down countless times to playtest the game and give feedback directly to the dev team, and really express where I think the game is at any one point. I have continually taken the task personally to give feedback representing those gamers who are like me — those who care about the single-player experience. Those who don’t get online and interact with the community. Those who are just looking for an escape into a virtual NBA season where you’re in control. You guys are who I represented directly. In my mind, I have always spoken bluntly about what is needed, where I feel it should head, and have never sugar coated things. One thing I can say is that they do encourage you to speak openly and directly about your feelings, which I always did.

So now, I’ll speak openly and honest again. As I look at where NBA Live 2018 is I’m deeply disappointed in the state of the game, in regards to the things that matter to me and a community I represented in Operation Sports. It’s not that I didn’t constantly reiterate the things that were glaringly missing or incorrect, it’s the fact that it doesn’t seem to be the focus of the game, which to me is baffling. This is NBA Live. The indication I get from that title is that hey, this is an NBA Title. However, when I put the game in and go venturing into the NBA portion of the game, it’s severely lacking.

Over the past week, I’ve played a lot of NBA Live 18. I’ve tried to dig back into franchise. I’ve tried to really nail down the things that are missing, and the reasons it just can not hold my attention. It doesn’t have the options, and it doesn’t’ have personality. It’s not engaging. 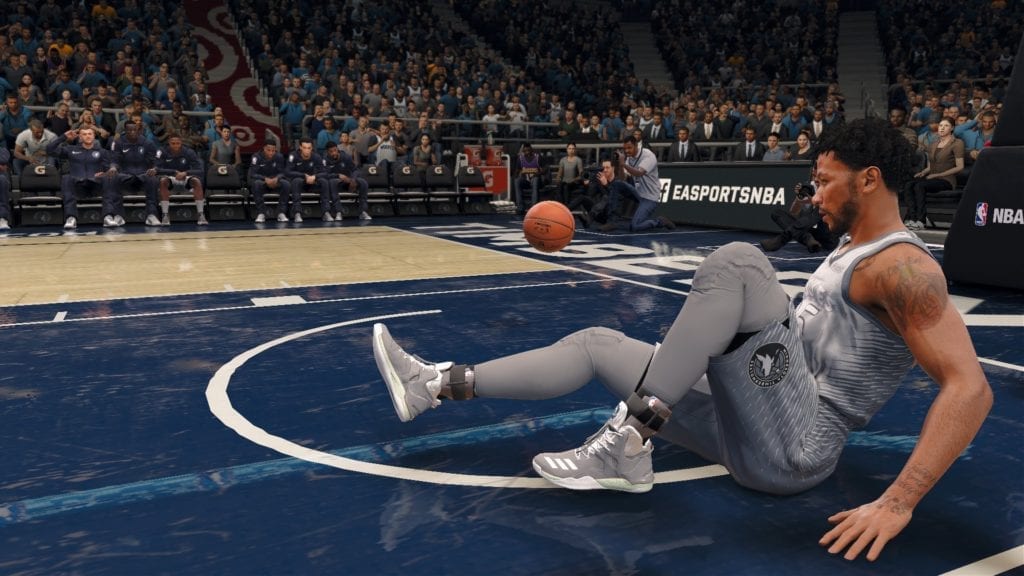 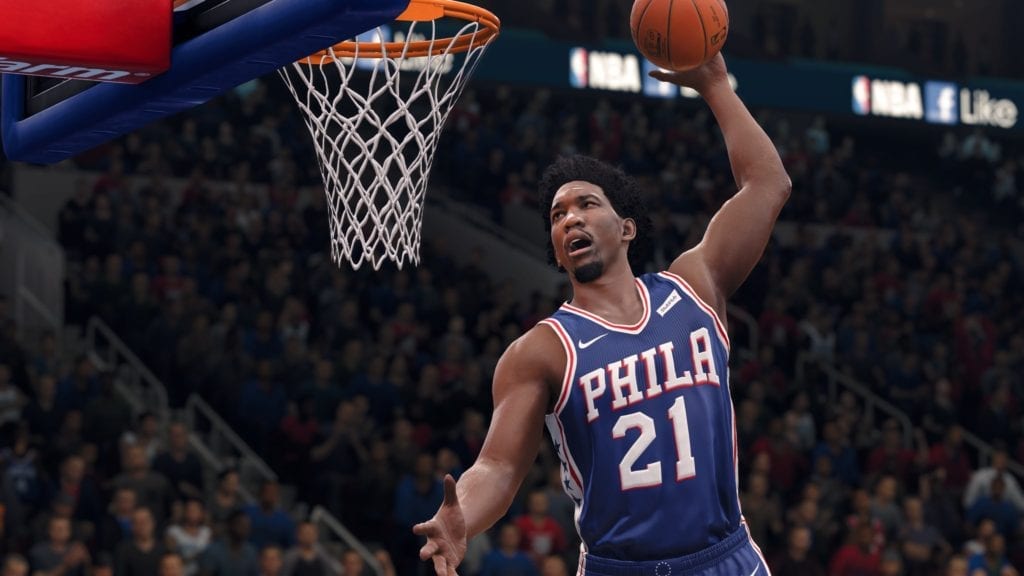 Live 19 Is Coming, But Will The NBA Product Matter?

So here we are: late July, 2018. NBA Live 19 is right around the corner. We’ve seen quite a bit from EA and the Live team, and they’re confident in their product. But what we’ve seen the most of is from The One. The Streets. The culture outside of the actual NBA arenas. Traveling the world to play on world-renown courts such Rucker, the Quai 54 event, etc. They’re spending a massive amount of resources to make these things accurate, engaging, authentic.

This is my plea. Make the NBA product matter. Put in the work to bring the franchise mode up to par. Don’t put the NBA part of NBA Live on the back burner. Dedicate the time and the resources to deliver a product that competes with MyLeague 2.0.

I hope they come full force and really deliver an authentic NBA experience. We’ll find out soon enough as September right around the corner.

As it stands right now, I’m tired of playing one-off meaningless games. I’ll often turn it off after one or two quarters. There’s no real reason to play. Give me, and those who are like me, a reason to play. I’ve supported EA Sports NBA products as far back as I can remember, dating back to the pre-Live era. Bulls vs Blazers, and so on. There are a lot of us out here. Give us something to enjoy.  As it stands right now, this could be my last year as a NBA gamer, and I’m not quite sure how to feel about that…

Guest Post: Written by @WTF_OS (He also provided the screenshots.)