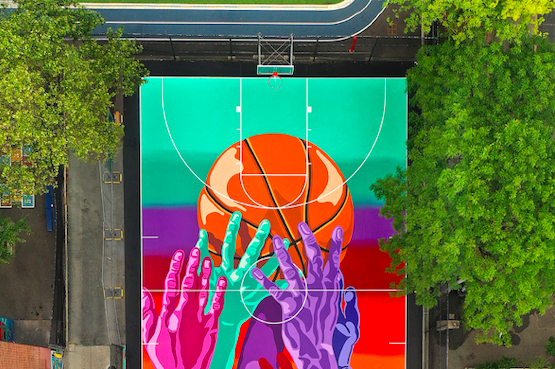 Electronic Arts’ NBA LIVE franchise has announced a collaboration with the National Basketball Association (NBA) to bring the fun of basketball to local communities by refurbishing street courts in select parks in New York, Chicago and Orlando, beginning today with the reveal and re-opening of a court in Brooklyn’s Park Slope Playground. 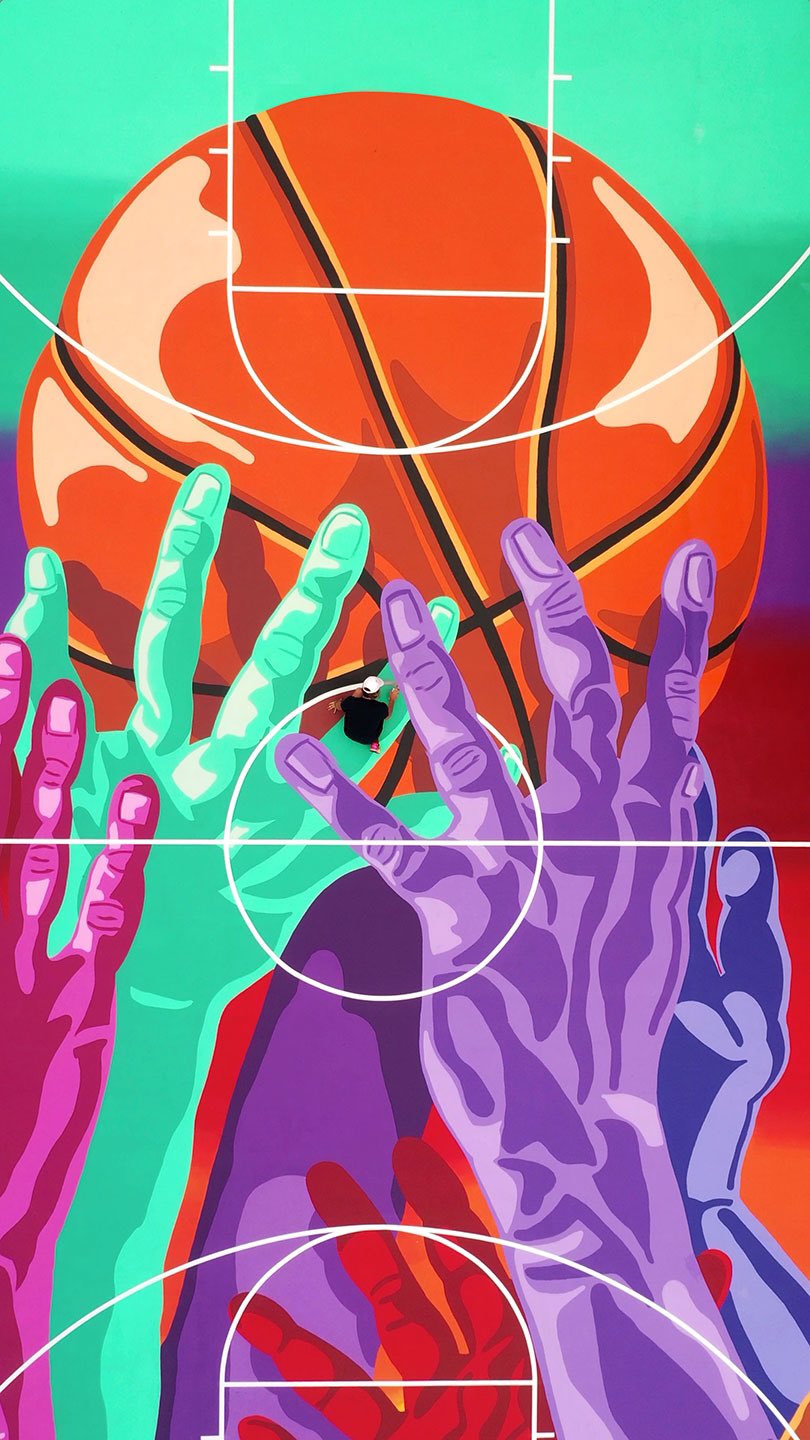 NBA LIVE Sr. Producer at EA, Mike Mahar, said public parks and courts offer opportunities for anyone to engage with their community through the sport of basketball.

“By refitting courts in some of the most prominent basketball cities across the globe, we hope to inspire more people to hit some newly adorned blacktops.”

Todd Jacobson, NBA Senior Vice President of Social Responsibility, said the NBA has a longstanding tradition of using our game to bring communities together.

“We’re excited for the collaboration with NBA LIVE and the opportunity to create safe, inclusive spaces for people to come together, be active and enjoy the game.”

The court at Brooklyn’s Park Slope Playground features a mural in the brightly-colored style of famed California-based artist Mark Paul Deren, known professionally as MADSTEEZ. Deren has garnered international recognition for his large-scale exterior paintings that have graced walls from Los Angeles to New York. 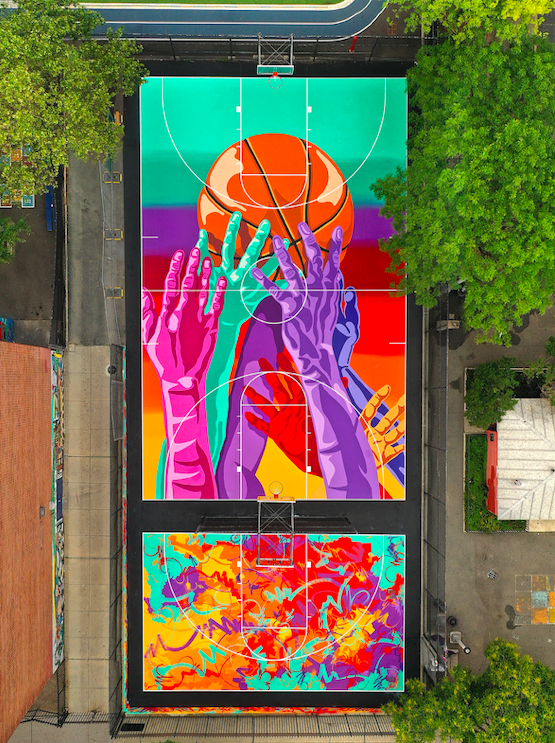 Mark Paul Deren, known as MADSTEEZ, says Basketball is such a democratic and open sport. This was part of my inspiration behind the artwork.

“There’s really no barrier to the game. All you need is a pair of kicks, a ball and a court like this one that provides a place for people of all walks of life to come together and bond over the culture of basketball.”

EA and the NBA will continue to refurbish courts in the coming months, unveiling the new space in Chicago on July 20 that features the artwork of famed artist Hebru Brantley. More details on the Orlando refurbishment will be announced later this summer. 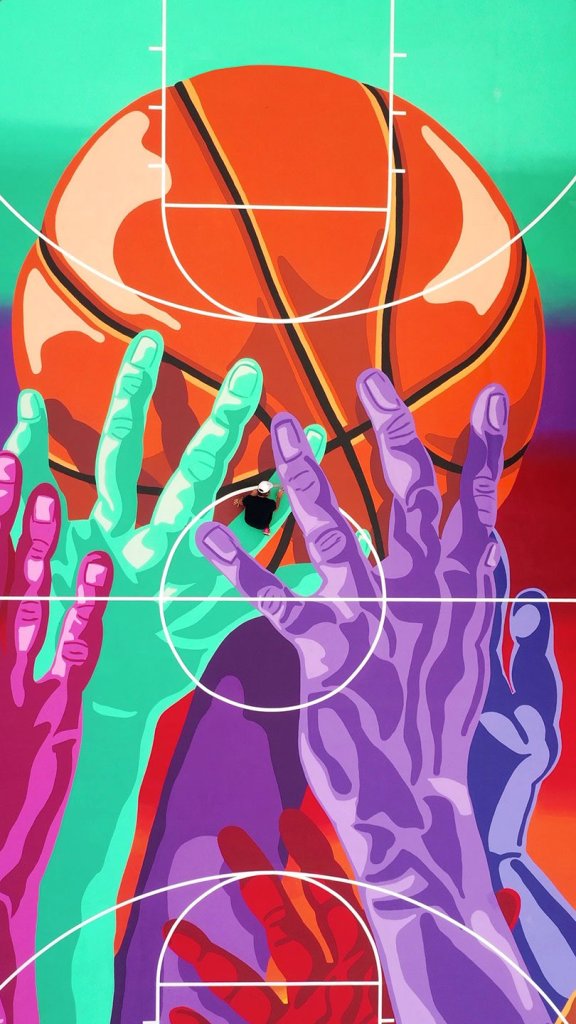 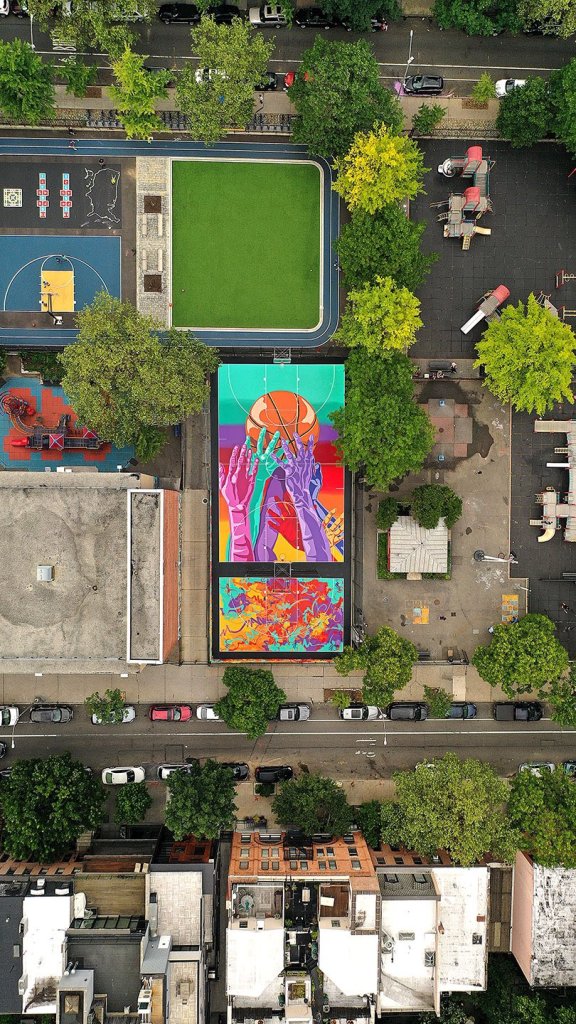