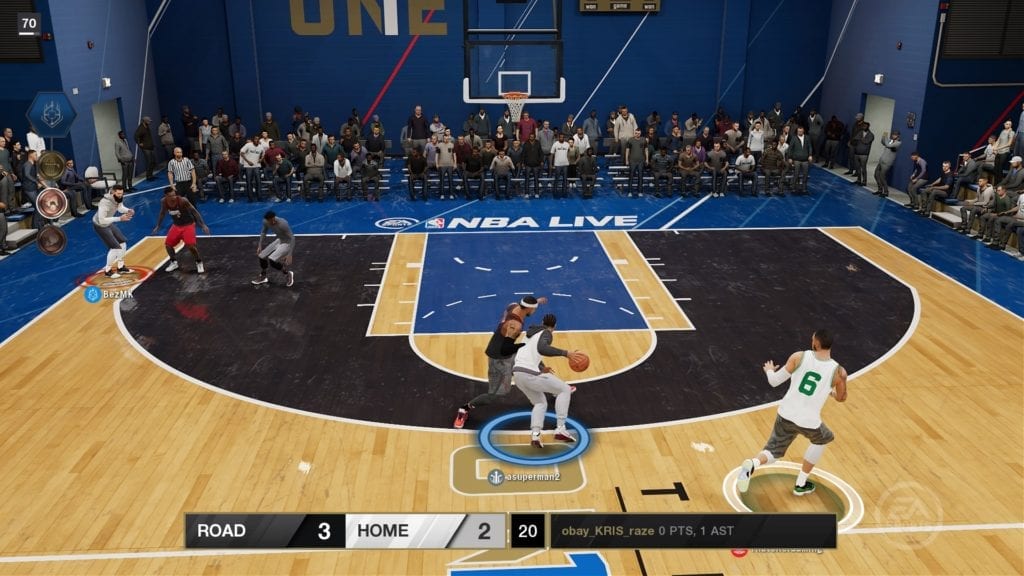 Like many of you reading this right now, I have been an NBA 2K fan for years. I absorb every news drop about the upcoming release, mining for every little detail. The truth is, even if 2K provided absolutely zero information prior to release date, I would still pre-order as soon as I could. And this year was no different.

When I found out I would be writing about NBA Live, I was excited to give it a try for the first time since I became a 2K junkie. Even with my excitement, I have to admit I wasn’t expecting much. And if I’m being 100 percent honest, I was ready for the possibility that Live 18 would be an unplayable disaster unable to take my attention away from 2K for even one second.

Fast forward months later, and I never thought I would say this, but I am now a proud NBA Live fan. I enjoy both games for different reasons. I can certainly understand why people who aren’t hoop fiends wouldn’t try to find time for two games, but chances are if you’re as 2K obsessed as I am, you love basketball, and there’s plenty to love about NBA Live 18. 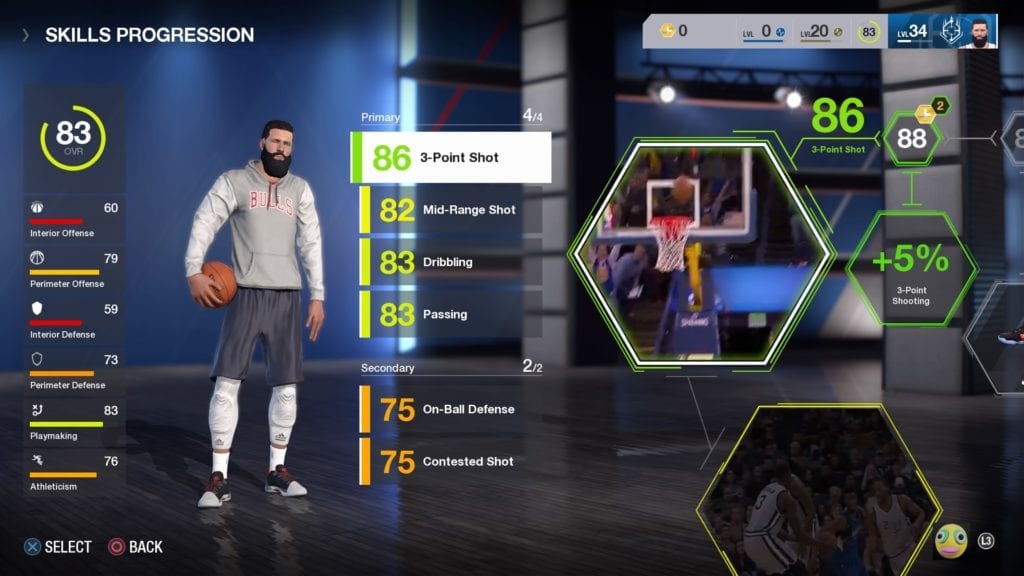 The One is the Answer

Shortly after launch, I wrote about what I liked and didn’t like about Live 18. I’ve never been big on Ultimate Team modes, but Live’s seems fine if that’s your cup of tea. Franchise/GM modes are one of my favorites, but sadly I feel like Live dropped the ball on this feature. It’s fine for what it is, but I find it too barebones for my tastes.

Then of course there are the bells and whistles, like creative suites and whatnot. Live caught a lot of flak upon release in this area, specifically for users’ inability to make any roster edits or trades of any sort. A recent patch has finally addressed this issue, which makes NBA Live 18 feel more complete.

That leaves us with the career mode, The One. This is what has consumed nearly all of my playing time with NBA Live 18, and in my opinion is by far the best thing about the game. It’s laid out very well with plenty of offline and online challenges to keep players coming back for more. There are even special events with rewards you can obtain only through that event, which gives you incentives to play often.

The premise isn’t anything groundbreaking. You create a player and you play games to level up and earn gear. Simple enough, right? But The One differentiates itself in splitting the mode in two between The Streets and The League. Each side has unique skills and challenges, but I find myself drawn more to the Streets. If you take a look at the online leaderboard, the top players seem to agree as, in most cases, their Street hype score dwarfs the size of their League hype score.

For offline play, you have some of the most famous street courts in the world to conquer, including Rucker Park and the Drew League. Each court comes with its own challenges to conquer. Successful completion of these challenges will get you unique reward crates that cannot be purchased with reward points. To unlock everything for each court, you have to meet multiple challenges per game, so there’s plenty of replay value here. If there’s one thing that’s missing here, it’s that the street courts are limited to five-on-five play only.

Take to the Streets

Lucky for the rest of us who prefer smaller street games, Live recently rolled out three-on-three play. In fact, this brought me back to the game after taking a bit of a break and it’s rejuvenated my interest. I find that smaller games tend to force players to utilize their teammates more, which leads to more touches for everyone. And as most coaches will tell you, players are more engaged when they touch the ball. Yes, you’ll still run into random hero-ball knuckleheads who spin their way out of bounds while you’re wide open for a corner three. But in my experience, it doesn’t happen as often as it does with five-on-five.

Unfortunately, three-on-three is limited to Live Run only, which is essentially a quick play game with random opponents or friends. These games are played in a special three-on-three arena, which eliminates the nice street court aesthetics Live worked so hard on for other areas of the game. Here’s hoping three-on-three (and two-on-two) gets utilized more throughout the mode in future releases.

Live Run is a Lot of Fun

Speaking of Live Run, it works great. I can’t recall any frustrating lag or matchmaking issues recently, if ever. Sometimes there are some competitive-balance issues. The other day, my teammates were in the high 70s and the other team’s three players were all in the 90s. This isn’t the norm by any means, but it warrants mentioning.

I find myself playing Live Run the most. As you play, you work towards meeting objectives to earn rewards. They range from small (score 50 total points and get a few reward points) to huge (dish out 300 assists and get a lot of reward points plus a special crate). You also earn hype, which unlocks more crates for purchase as you level up — and skill points, which you use to level up your skills.

This is perhaps my favorite thing about The One: the leveling up system. Instead of focusing on each individual attribute, you are eventually given five total skill slots: three primary and two secondary, which are unique to each player type. As you earn skill points, you have to choose which skill to upgrade, which then determines your overall rating. It’s a simple system, but it’s complex enough to add a layer of strategy that lets players differentiate themselves from other players online.

Before each game you play, whether it’s online or offline, the Streets or the League, you can swap out your three trait slots. Each trait gives you an attribute boost to one specific area, and each one is upgradable as you hit certain performance metrics. Between challenges, traits, and skills, there are plenty of things to work towards in The One. 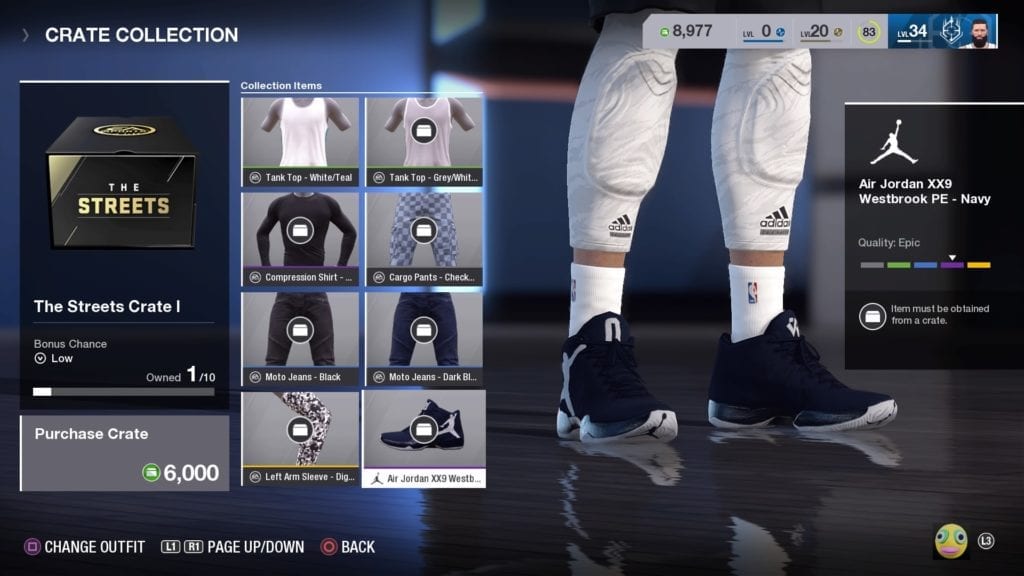 And of course there’s the Store, which lets you spend your reward points to unlock reward crates. This isn’t a pack of cards with random gifts. You can open each crate category to see all of the different items inside. You purchase individual crates until you get everything from that category. There are plenty of cool items to unlock, not to mention all of the unique items you can only get by playing special events as they’re released.

So yes, it is possible for hoops fans to get plenty of enjoyment from two very different basketball games. I love playing 2K’s franchise mode and exhibition games against friends. But when I want to play online or work on my created player, Live 18 is what I reach for. I didn’t expect to get hooked the way I did, but here we are. I’m on board and I can’t wait to see where this train is headed.

Cancel reply
Discussion
Click here to reply to the discussion
Continue Reading
You may also like...
Related Topics:basketball, Live 18, Live 18 The One, nba, NBA live, nba live 18, NBA Live 18 The one, spotlight, The One