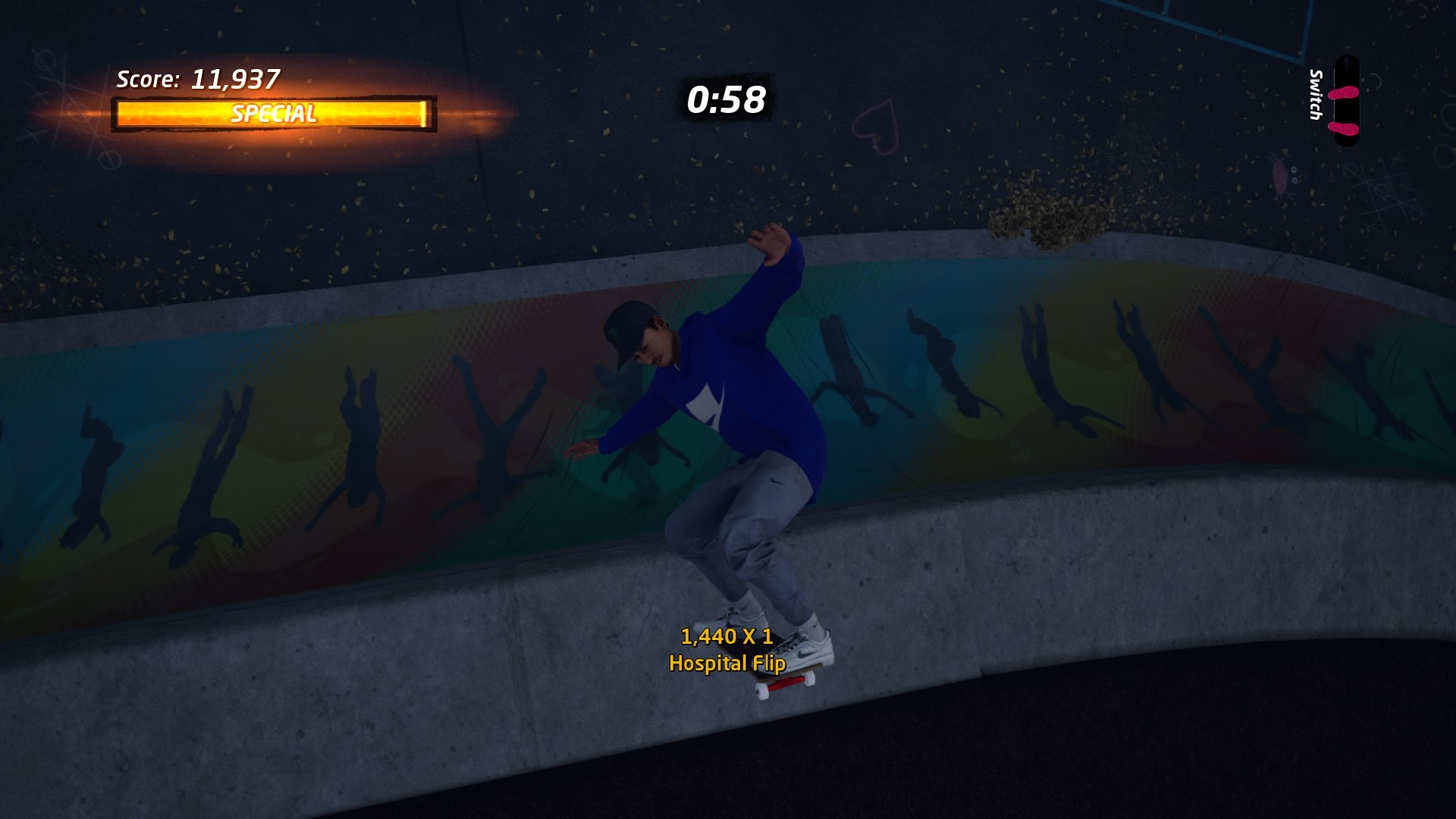 Much like some of you, I’m old enough to remember the original Tony Hawk’s Pro Skater video games. In fact, it was the first thing that truly got me into skateboarding. From there, I’d go on to become a degenerate, grinding curbs and flailing my body down school stairs and courtroom ledges.

I would eventually grow out of that, but one thing I will never be too old for is a good skateboarding video game. And as those of you who have played the remastered version of THPS 1+2, you would know that’s exactly what it is: a great game.

You can read more about the remaster of Tony Hawk’s Pro Skater in Elliott’s review from last month. 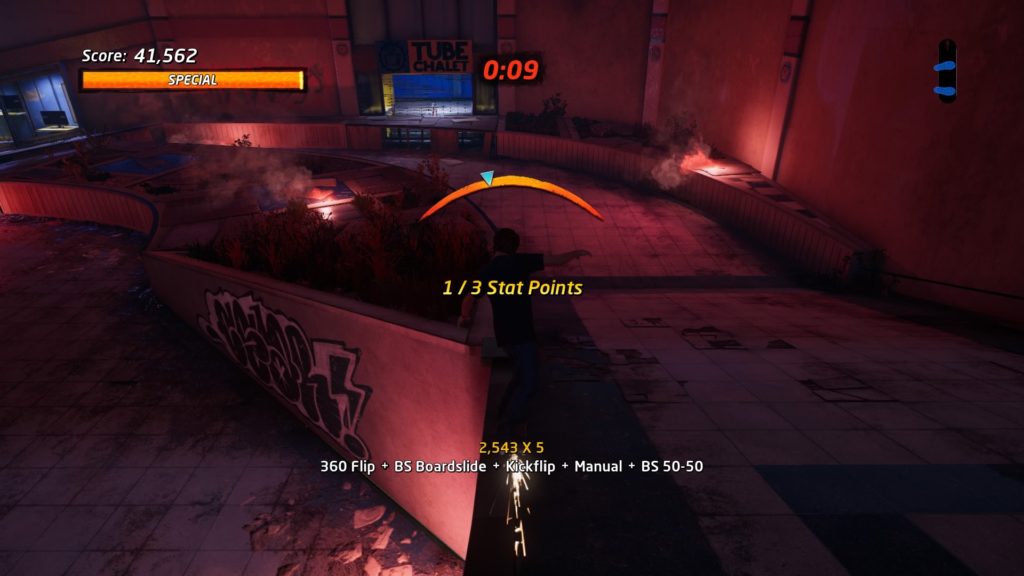 Die-hard skateboard fans know how truly iconic Mullen was. After all, he helped shape what skateboarding is today by inventing the kickflip, which led to countless other variations. He’s an icon on the board, and the same holds true in Tony Hawk’s Pro Skater. Besides his insane balance and unique arsenal of tricks, he remains one of the sickest skaters to use — especially when you’re trying to string together tricks. And let’s be honest, the reason we play THPS is to see how insane we can go with combos and never-ending lines. Mullen is the GOAT in that regard, and even Mr. Hawk would admit that.

If you’re a casual fan, you may not have heard the name Andrew Reynolds prior to THPS. But like some of the other OG skateboarders on this list, his lanky style and iconic frontside flips remain imprinted in the memory of generations of skateboarders, myself included. I spent a large portion of my teenage years wanting to replicate Baker 2G with Reynolds in THPS. His ratings are pretty balanced. And although he’s not going to be someone who can get hang times like Lasek or Burnquist, it remains a sneaky attribute of his. Reynolds is a kickflip machine and the perfect skater for those who prefer to skate street (something that has added value in the remaster).

The godfather of skateboarding video games and one of the most iconic extreme sports legends of all-time. His signature 900 paved the way for skateboarding and has remained one of the dopest moves in X-Games history. You can’t play this game without airing out over half pipes and wanting to replicate the legend that is Tony Hawk. Obviously, the skateboarder that the entire franchise is named after is going to be one of the best players in the game. And for as much as I always preferred street skating, it never pays off in the same way as those that stick to the half pipes. Everyone loves Tony Hawk. 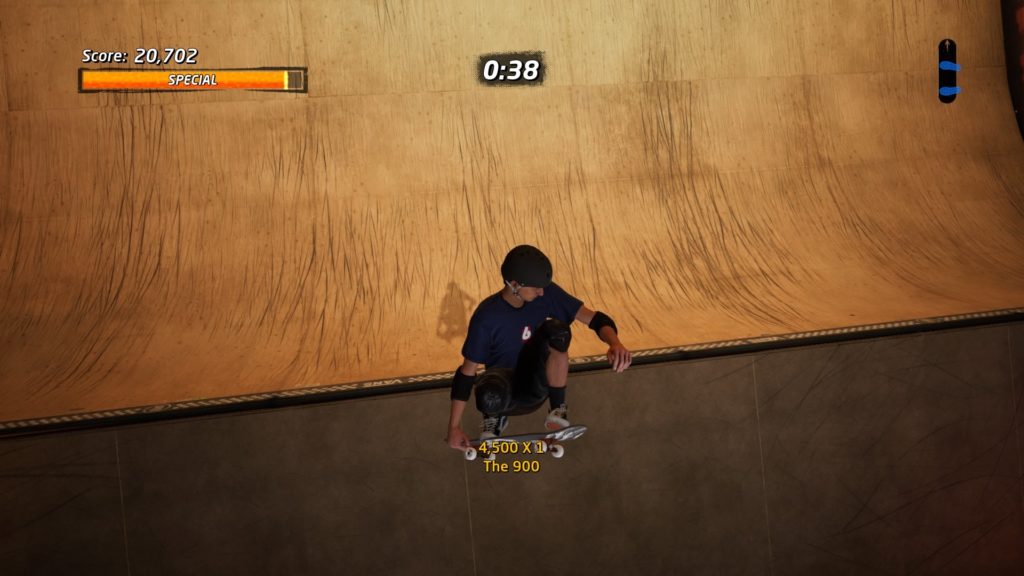 Chad Muska is a legend in the skate world for what he accomplished in the late ’90s. His unique style and signature look (baggy pants, shaggy hair and bandanna, backpack, and high-top sneakers) make him one of the most unique skateboarders of his time. His infamous “Muska flips” remain the talk of any local skate park, and his unique style resonates throughout the Tony Hawk’s Pro Skater franchise. Muska doesn’t really do anything great based on attributes, but he does everything very well. He’s also my preference when you’re looking to bomb some hills and shred some of the finest street spots.

Like the skateboarders listed before him, Kareem Campbell is an icon from the very early days of street skateboarding. And most anyone who played the original Tony Hawk used Campbell. However, believe it or not, his inclusion in the original THPS is where his fame really started. Campbell is known for his smooth style and ability to pull off insane tricks, no matter the spot. Campbell may get lost in the crowd with some of the bigger names like Bucky Lasek, Bob Burnquist, Tony Hawk and Jamie Thomas, but for me, he’s in a class of his own. 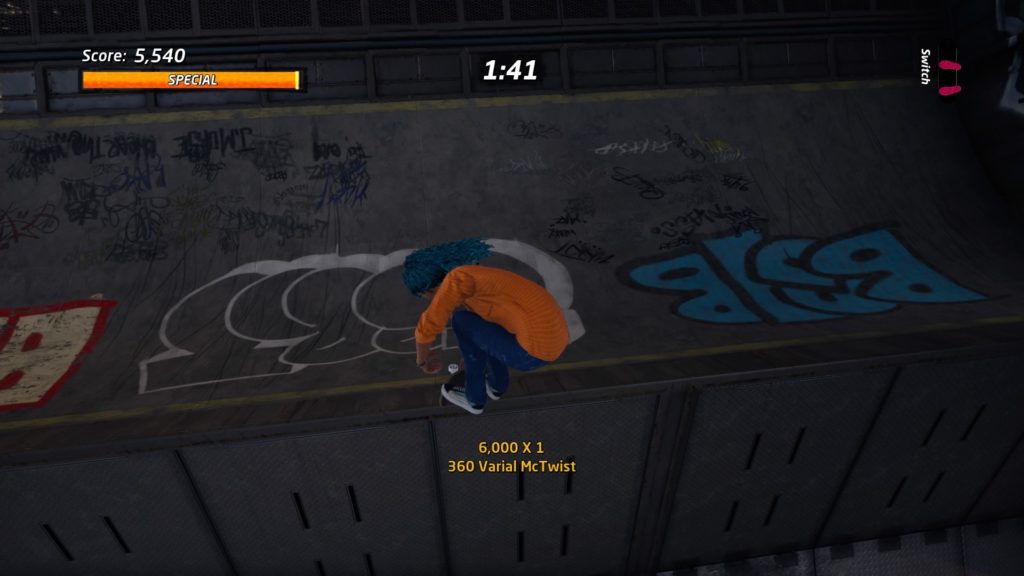 Lizzie Armanto is a newbie in Tony Hawk’s Pro Skater, but she’s well known throughout the skateboarding world for her ability to shred, primarily on vert. Armanto’s air-time rating is as good as anyone in the game. So, if your preference is to get as much air as possible while spinning helplessly through the air, Lizzie is the character for you. She’s one of my favorite skaters to use in THPS. Her 360 Varial McTwist is an instant crowd pleaser.

There are very few skateboarders in the sport right now as gifted as Nyjah Huston. And at only 25-years old, his best skateboarding is yet to come. Huston isn’t known as a vert skater, but his speed and ollie ratings help make the transition a bit more natural. However, his strength caters more to those who prefer to combo long grinds and countless flip tricks. Huston can skate switch as well as anyone and, coupled with his speed and rail balance, makes for a deadly combination.

The Greatest Character of All-Time

For now, we’ve only seen Officer Dick (who looks a lot like Jack Black), the Powell-Peralta skeleton and the Roswell Alien in THPS 1+2. But this is sure to change over the next several weeks. Obviously, there are many iconic skateboarders, celebrities, superheroes and classic skaters from previous games that could be added to Hawk’s latest hit.

Where’s Ollie the Magic Bum? Spider-Man? There will be plenty of new faces released over time, and those special characters usually come overpowered with insane attributes and, most importantly, insane skills.

The best skater is yet to come.