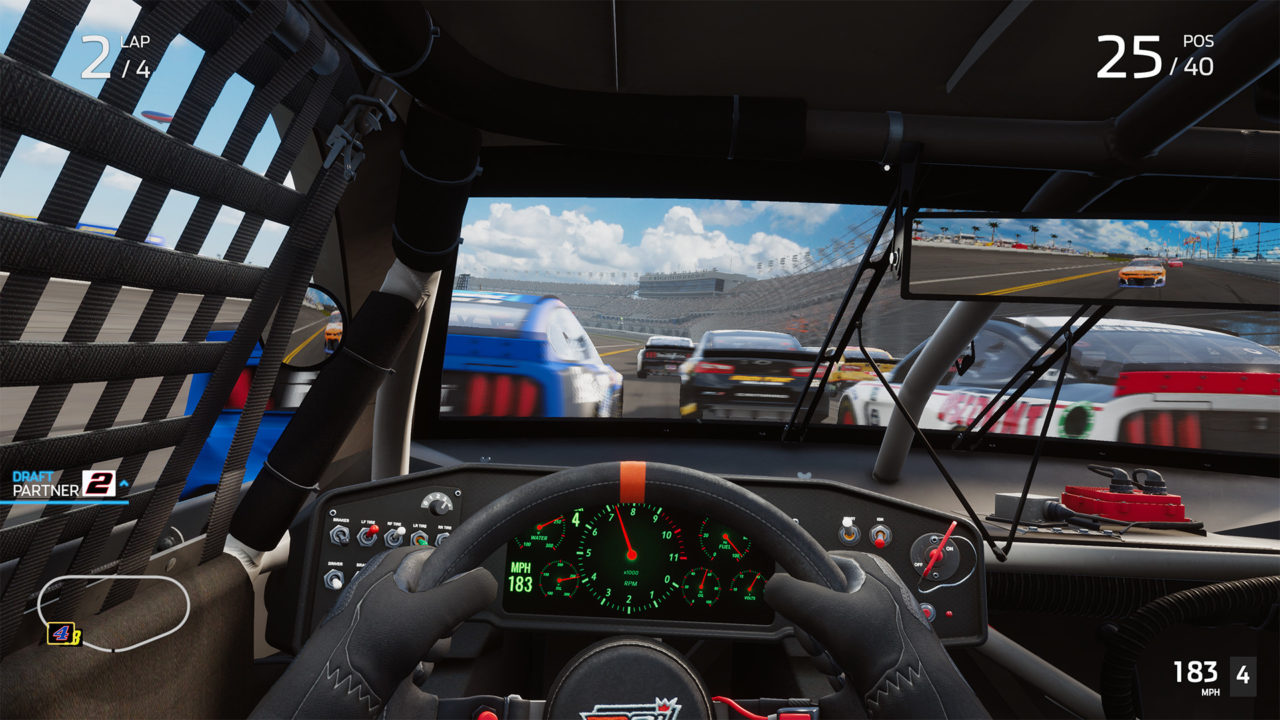 Back in December of last year, the NASCAR Heat 4 developers answered some questions, as best as they could at the time, on NASCAR Heat 5. They danced around most of the questions, but it’s worth a read.

Since then, not a lot of details have been revealed for NASCAR Heat 5. Well, until now…

704 Games and Motorsport Games hosted their own reddit AMA yesterday and revealed some new details on NASCAR Heat 5, much beefier details. We’ve highlighted most of their answers below, but you can read it all at reddit.

NOTE: All screenshots are from NASCAR Heat 4.

I suppose the obvious question is: who is developing the next NASCAR game? As a follow-up, will we see them starting from scratch or continuing from what NASCAR Heat 4 built?

We have taken development in-house at 704Games and for the next game we are building on the foundations of NASCAR Heat 4.

Will NH5 have an expanded owner mode with free agency and hiring other drivers to drive for you and driver ratings and all of that?

Will there continue to be any quality of life updates for the game going forward or is the product we have now the final result?

We have now finished updating NASCAR Heat 4 and we are fully focused on the development of the next game. (Official NASCAR Heat 4 2020 DLC update here.)

Have you considered changing the release cycle, so the game comes out at the beginning of the season? I feel that would be a great move.

As mentioned before, any plans for driver retirements/free agency/lower series promotion in the future? It would be cool to say, drive for Penske in Xfinity and then take over the 2 when Brad retires. And develop a rival in trucks and move up together and keep it going?

Yes, we want to bring the release earlier in the season, but we aren’t quite ready to reveal the date just yet.

We are developing a long-term plan for the game and features such as this are certainly very interesting. 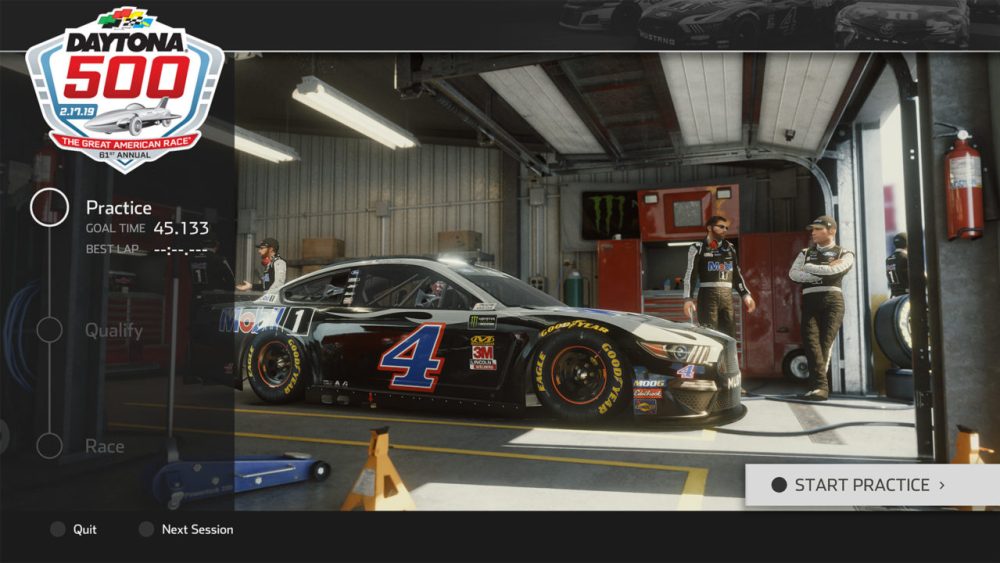 The same four will remain for NH5.

Will we be getting a full customizable paint booth in the next game?

Not for NH5 but it is something we are very interested in doing in the near future. We want to make sure that when we do introduce it to the game that it is done right.

Who is developing the nascar games going forward since it’s not monster games anymore? Also will the career mode and presentation get a lot more focus for the next game? It’s a ton of players out there that play the career mode and we wanna see some huge improvements and additions to it. It seem like all the focus has been centered around is esports and tbh its getting annoying because it’s so many other area’s of the game that needs work and yet all we here about is esports this esports that. I understand that’s something y’all wanna dive into but please don’t put it in front of more important area’s of the game like the career mode, presentation, customization and the physics.

Development has been taken in-house at 704Games and will build on the base of NH4. Career Mode is very important to us and will continue to get a good deal of development focus.

Will heat 5 be continued off unity engine? Who’s developing heat 5 and are the physics/handling gonna be taking seriously. What’s new for career mode and enhancing the lack of presentation?

NH5 will be built in Unity and development has been taken in-house at 704Games. It is too early to talk about the future beyond that, but we have exciting plans…

Will there be in NH5 (or ever) a franchise-like mode (think madden, 2k, the show) which puts us in control of the team as a owner or gm? Containing silly season, sponsors, retirements, etc.

This is part of the long-term vision for where we see the franchise going.

Will there ever be an option to choose left side tires only? Will there be better pitting physics on pit road? It’s really annoying when you slam into a car on pit road when you have no control over the car. Also, the RNG of pit times really screws people in online races.

This is something we are looking at with a view to future games!

I can’t seem to find anything about MotorSport Games on the google. Can you tell us a bit about your catalog and what you hope to do with the NASCAR games?

Motorsport Games (https://motorsportgames.com/) is the major stakeholder in 704Games. Part of the Motorsport Network (https://www.motorsportnetwork.com/#about-us), which is a huge media company, Motorsport games is a video game and esports company focused on providing amazing racing experiences.

As well as its interest in 704, Motorsport Games operates the eNASCAR Heat Pro League, the official Le Mans Esports Series and runs the DiRT World Championship.

The President of Motorsport Games, Stephen Hood, recently gave an interview to Gamesindustry.biz which you may be interested in: https://www.gamesindustry.biz/articles/2020-01-16-how-the-media-company-behind-autosport-plans-to-change-the-landscape-of-racing-games 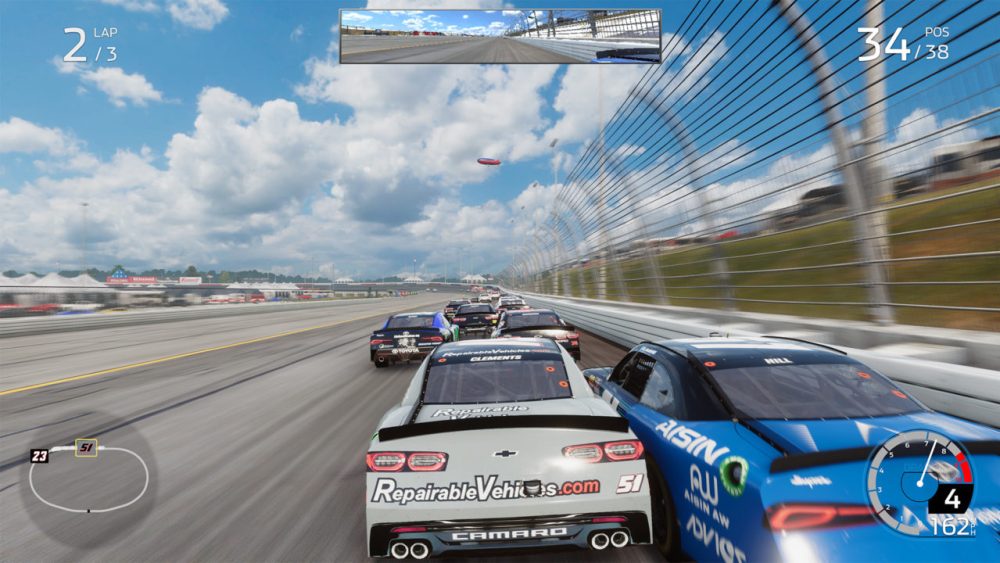 We’ll still have all the 3 national series available in the next game? We’ll get another Nascar sanctioned series, like the K&N East/West or even ARCA?

The same four series will be in NH5.

Could we also get NASCAR heat 5 for the Nintendo Switch?

We are currently investigating the options on Switch but have nothing concrete to announce at this time.

Are there any plans to continue to tweak physics and handling?

For NASCAR Heat 5 we are building on the basis of NH4 and that will include various tweaks to the physics and handling.

Is the next nascar heat game coming out towards the end of the year or is it coming out soon? I ask this because you’ve said in your blog that there will be no 2020 dlc.

Ultimately, we are aiming to bring the game out earlier in the season although we aren’t quite ready to provide a specific date at this stage. This can be a process that takes time, but bringing the release date earlier definitely makes sense to us.

What are things like working with the official NASCAR license? In other words, how do things work when you are organizing things with teams and drivers, getting promotional materials together, and portraying the sport the way NASCAR wants to build itself as?

Working with NASCAR is pretty dang cool, not gonna lie! We have great relationships with NASCAR and the RTA (Race Team Alliance). Pretty much everything is managed through them in the first instance and then we also work with a number of circuits, teams and drivers beyond that. We are all racing fans so it’s a dream for us to work with them!

Any changes with the engine you guys developing the game on? Can we finally see these games hit 60fps on consoles instead of just 30fps? And finally are y’all gonna go back to calling these games by the year (like Nascar 2020 for example) or are y’all gonna continue with the heat name?

For NASCAR Heat 5 we will be running on the same engine – Unity. This will change for future projects on the new generation of hardware. The name is also a discussion that is taking place internally at the moment.

Just curious if you have an ETA for Heat 5? If it’s delayed beyond this year to next, how do you plan to bring in the next gen car? Could the new car cause a longer delay?

We hope to bring the release of NH5 earlier in the season than in previous years so the next gen cars will not be an issue for this release. 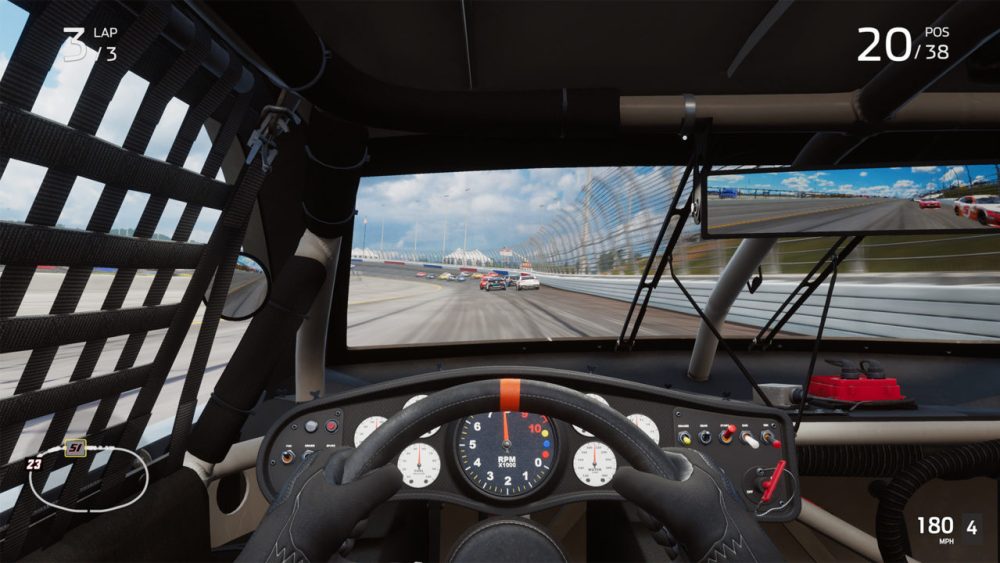 Heat 4 saw very few changes to career aside from the tablet but lost videos from evernham and truck ceo. We know you can’t say specific but can you guys comment on if additions will be added to career?

The biggest change will be the amount of statistics that will be available to you during your career.

Will Heat 5 get fantasy tracks?

There will not be any fantasy tracks in Heat 5.

What has been the biggest thing you’ve learned in making the last 4 games? How has that impacted things going forward?

NASCAR Heat Evolution to NASCAR Heat 4 has shown a wide variety of improvement, and the biggest learning curve was really just feature and content implementation with the addition of new series, the expansion into dirt and the creation of the eNASCAR Heat Pro League. It’s certainly allowed us to realize the focus we need going forward and how we can better adapt to implementing new ideas and features the community really desires.

Will the games moving forward be made using Unity or be used with another gaming engine like Unreal Engine? I myself have never been a fan of Unity, having used it to make projects in college, and feel like this limits what you guys are able to do. With the Xbox Series X and PS5 on the horizon, hopefully you guys are able to do more graphically and physically than previous titles.

NH5 will be built in Unity but this will change for the next generation of consoles. It is too early to talk about that, but we have exciting plans…

Yes the Xtreme Dirt Series is in NH5!

I can’t count the number of times I’ve been hit by an AI car that takes a super shallow line on corner entry but comes flying through the corner like they are on rails. In real life, you would have to slow down way more to make the corner from a shallow entry, you wouldn’t be able to hold the normal corner speed. The user can’t do it, the AI shouldn’t be able to as well.

We will definitely continue to look at the AI and see how we can improve it for NH5.

Would the ability to DNQ be possible? You guys have fully licensed fields in all 3 series so there would be one extra spot. You guys could add an option to be able to DNQ in career if we want 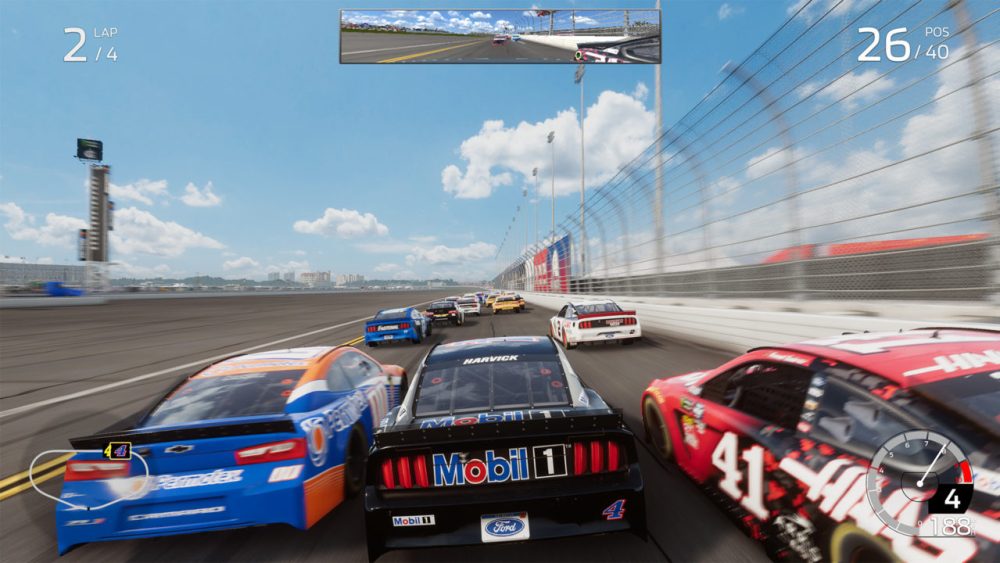 Will the AI be smarter like block your lane and be more aggressive?

We’re continuing to look at all aspects of the game, including AI, handling, physics etc. We want to make the best NASCAR game possible and continue to improve!

NH5 will be on current generation consoles and PC.

Do you plan on hiring competent programmers and designers that can develop new features within a reasonable amount of time?

We are actively recruiting but the key thing is to recruit the right talent. We have added a number of high-profile staff in recent weeks with more to come!