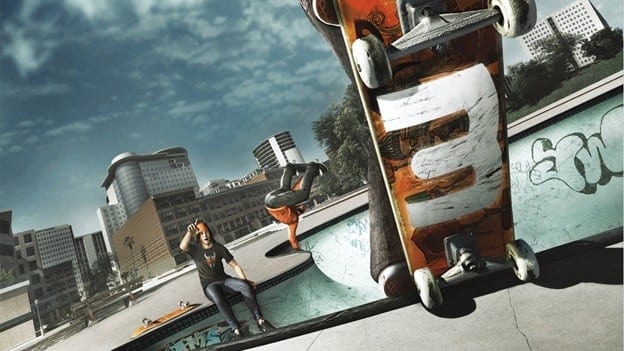 Skate 3 has been added to the Xbox One backward compatibility list. You can purchase it for $11.99 ($9.99 for Xbox Live Gold Subscribers).

The digital tiles that you own and are part of the Back Compat game catalog will automatically show up in the “Ready to Install” section on your Xbox One. For disc-based games that are a part of the Back Compat game catalog, insert the disc and the console will begin downloading the game to your hard drive. After the game has downloaded to your hard drive, users will still need to keep the game disc in the drive to play.

Fans can also grab the San Van Party Pack for free, from today until November 20.

The party is on! Revisit some old San Van favorites along with a massive new park and get your creative Zen flowing with a new Skate.Park lot. Party Play is back so get ready for some head to head skating in Spot Battle, 1-UP, SKATE and HOM!

Continue Reading
You may also like...
Related Topics:skate, skate 3, skateboarding

Skate 3 Has Arrived in The Vault For EA Access Subscribers