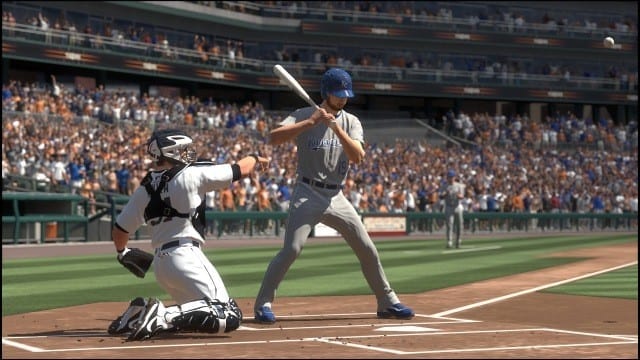 Some users on the Operation Sports forums have been reporting a loss of hitting power in the latest MLB The Show 17 patch.

Check out this post from shark547 in the forums:

Has anyone quantified or came up with how much the power slider was changed in the game?

I am asking because I haven’t had much time to play and now that I am rolling again I have seen a sever drop in my RTTS players ability to hit for power.

I went from hitting a Hr every 21 AB to where I now am hitting one every 31 AB. Which really doesn’t make any sense because my RTTS player has gotten better and hit power it up to 78.

It seems that much of the theory about what’s going on with the power stems from the latest patch, which seems to have lowered the effectiveness of a user’s hitting ability.

However, as underdog13 notes in the forums, home runs league-wide are on pace for a record in 2017:

Title says it all, currently in Mlb the league is on pace to break the total hr record by a wide margin. And that’s not counting the uptick in Hr’s that occur in july/august.

When the game first released, a large majority (me included) complained about the amount of hr’s and velocity off the bat. Sds has since patched and altered the hitting, to the communities request. Now currently it seems the gameplay doesn’t represent the state of the MLB with this new ball they have.

Obviously the quest for a completely realistic simulation of a game like baseball is a constant moving target. The minute you think the power sliders are overcooked and you dial them back, you realize you might’ve been closer than before due to an odd year where the longball is everywhere.

Sumodeads came up with one possible solution in the forums:

I’ve noticed the same thing as you and it’s been frustrating. I never touch the sliders, I just adjust my difficulty as I get better. This year I wa having very competitive games, so blowouts(by both teams) and lots of close games. Since the patch scoring is way down. Off the suggestion from another thread I increased power and solid hits by +1.

I also increased CPU hit power and solid hits by +1. I pitch on Legend and its tough. Since the patch I felt like I was pitching on All Star.

I’ve only played a few games since, but more balls have left the yard. I need a larger sample size of course, but it looks promising.

You can add your own as to what you are seeing with power and some solutions you are coming up with to balance things out (if any) in the comments below!