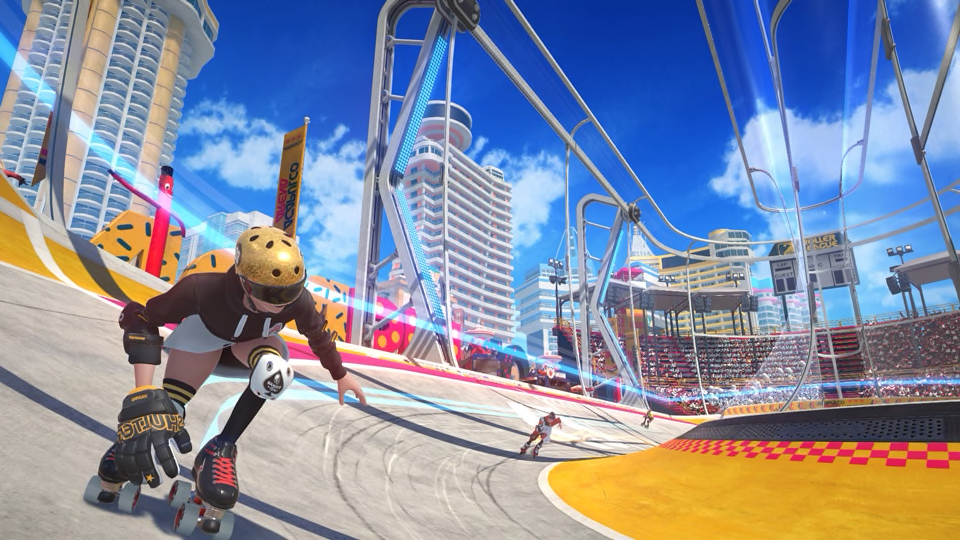 Ubisoft has announced Roller Champions and provided a couple of trailers, a few details and listed some of the features in the game. Check them out below.

PC fans can download the demo today and play until June 14.

Welcome to 2029. Roller Champions arenas are built all over the world and fans rush to the stands to admire their modern-day heroes, the Roller Champions. They roll up to 100 miles an hour, dash into opponents with visceral impact, wall-skate to the sky, and dunk while thousands of fans scream their names. You are one of them.

As a Roller Champion, you compete in a team of three against three. The rules are simple: take the ball, make a lap while maintaining team-possession, and score. You can go for more points by completing additional laps before attempting a goal. After each game, you gain fans, unlock sponsors, customize your character, and ultimately unlock impressive fan celebrations. Roll up to glory!

GATHER YOUR TEAM AND COMPETE – Team up with two players and dive into fun Roller Champions gameplay, which combines competitive action and collaborative team play.

FROM ZERO TO HERO – BUILD A LIFE OF A WORLD-RENOWNED ATHLETE -Write your own legend. Start your sports career as the underdog and roll up to glory as you win matches.

CREATE AND FULLY CUSTOMIZE YOUR SPORT LEGEND Create your own character and customize your outfit as you progress.