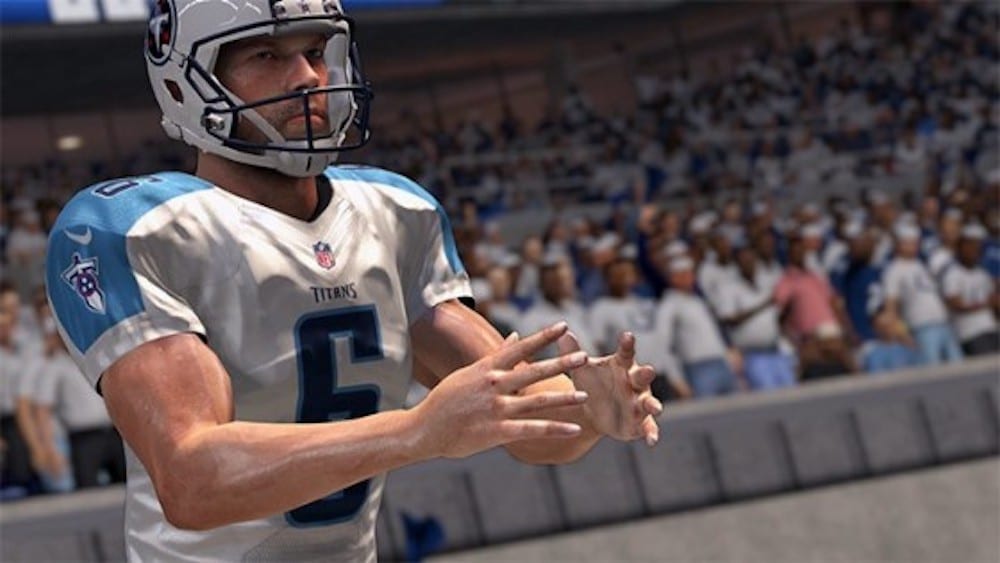 “Time for a rebuild!” That’s a phrase that gets a Madden gamer more excited than perhaps any, yet is a phrase that is wholly unoriginal at this point.

The word “rebuild” or “re-build” turns up 17 times through the first 11 pages of the Madden 17 Franchise thread. When I searched for the word “established,” not a single match.

Perhaps it’s our love obsession with the NFL Draft, the next big thing or just proving to the world we can easily outwit the guy with the masters in business/sports management running the team in real life who’s competing against real-life adversaries as opposed to Madden’s (cough) team-management AI.

These sort of threads all start the exact same way, weaving the same boring story told over and over again: “I traded up and drafted my franchise QB!” In Madden, is that even a challenge? Should we be that impressed?

However, instead of just focusing on the problem, let’s talk about the solution. Let’s look at a more unique and challenging way to start up a Madden franchise by choosing a team that is not in a position to have a full “tear it all down and rebuild,” but instead might really make you get creative (drafting a year-one franchise QB is not creative). Let’s put those team-management skills to work by choosing a team that doesn’t need a franchise QB, perhaps already has some of the key pieces in place for a playoff run (yes, even if they are veterans), and who are looking to get over not just the hump of football ineptitude so many of us seem to love to focus our attention on, but instead ascending to something great — a Super Bowl contender who just needs the right amount of spice added, not an entire kitchen remodel. The Lions lost their franchise player to retirement in Calvin Johnson Jr. The Stafford haters are out in full force this offseason saying that we’ll finally see the true Stafford since he doesn’t have his security blanket. But who is the true Matthew Stafford? Is it a blessing or a curse that he’ll need to start surveying his options more frequently? Does he have it in him to do so? With his contract, he’s not going anywhere this year or next, and it’d be up to you to write the next chapter in this franchise’s (pathetic) history. The Lions already have a lot of pieces in place that are usually go-to guys in a rebuild (QB, RB, LT, DE, CB), so they provide a unique challenge that may be out of most people’s rebuilding comfort zone. The Jaguars have a ton of tools and some very young, high-profile names. They truly are the anti-rebuild! Their last four first-round draft picks include CB Jalen Ramsey, DE Donte Fowler Jr., QB Blake Bortles, and LT Luke Joeckel, so this by no means is a team that fits the mold of a traditional rebuilding project. Whether or not the Jaguars are ready to make a run this year would be entirely up to you. This is a team with a ton of talent, and a team who added the top QB in free agency, something that almost forces you to stick it out with Brock Osweiler instead of going with an immediate rebuild (something this team doesn’t need. Stop, no they don’t). The Texans have perhaps the league’s best defense, and it’ll be up to you to see whether or not the offense scores enough to put this team in a position to win games when the postseason rolls around. This team has shown they have the pieces in place, but like many previous Super Bowl champions before them, the Colts need to take those final steps towards Super Bowl glory. That path can have many different looks to it. Peyton Manning got another ring post-Colts, so can the Colts get their first ring post-Peyton Manning? The Vikings are in a position to prove that the NFC North belongs to them, and not Green Bay. Was last year an anomaly, or will their new stadium, young QB and the ghost of Prince propel them to the top of the NFC North?

These are just a handful of the many teams that can help you think outside of the Madden box when it comes to team modeling. Try and do more by doing less, and see if you can handle the challenge of working with what’s already in the kitchen pantry, while just adding your own pizzazz to make it more interesting — more interesting than all of these “I’m rebuilding this team!” threads that are about to start popping up all over the place.

So what other teams do you feel would be good choices for an anti-rebuild?

The Return of Formation Subs in Madden NFL 17