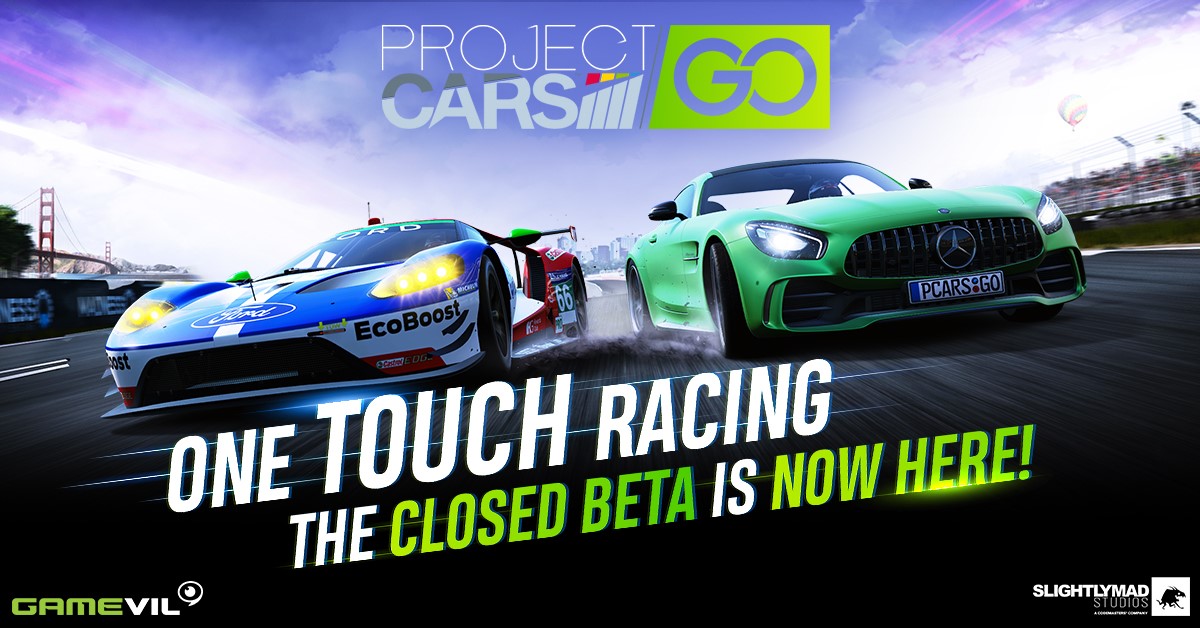 Selected participants that registered for the Project CARS Go closed beta, can begin playing today on Android and iOS, through October 27. Mobile developer and publisher GAMEVIL and Slightly Mad Studios created Project CARS GO to put players in the driver’s seat and steer through easy-to-learn racing mechanics with real-world cars and racetracks.

We’re working closely with the masters of racing sims and true fans of the sport at Slightly Mad Studios to meld the ultra-realism of Project CARS GO with streamlined mechanics and design,” said Kyu Lee, President at GAMEVIL COM2US USA. “The easy-to-use ‘One Touch Racing’ mechanic in Project CARS GO lets players use one hand and one touch design to burn supercar rubber through iconic tracks wherever they ‘GO,’ whether during their daily commute, in between class or at home.”

CBT time/dates, instructions and store links are below:

The Project CARS GO CBT will take players all around the world from the mountains of Colorado to the bright lights of Shanghai. There are 50 licensed cars to choose from, six Drag Tracks and six Circuit Tracks. Three of the tracks included are even based on real-world races.

“Condensing the key moments of what a driver does out on the track—brakes, entry-points, exit points—into a ‘One Touch’ mechanic was an interesting project for us at the studio, as we wanted to retain the authenticity of the Project CARS franchise but cater for what our fans want on a racer they can play on the go,” said Ian Bell, CEO at developers Slightly Mad Studios. “I’m excited with what our dev’ team has achieved with Project CARS GO. With the authentic cars and real-world tracks from the franchise along with gameplay that is both simple to learn and yet genuinely challenging, Project CARS GO hits all the right apexes for a mobile racer.

Project CARS GO is an accessible mobile racing game that brings real-world vehicles and tracks to the casual gamer. The simple yet seat-of-your-pants “One Touch” racing mechanic is built for high-speed racing thrills on the go. Designed to be accessible for motorhead grease monkeys and casual gamers alike, Project CARS GO will also allow users to personalize and tune their cars in the game’s easy-to-use comprehensive customization options. The game will be available on both iOS and Android.