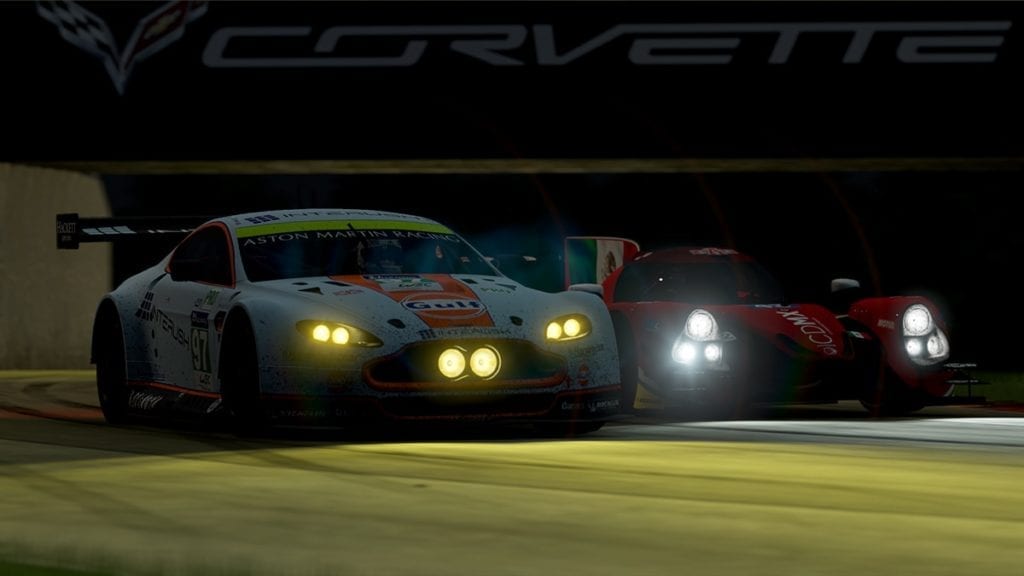 Slightly Mad Studios have been gathering the questions that have been sent to them through their social media channels and created an FAQ on their site with answers to many questions. We’ve highlighted some of them below, but check out their full FAQ on the official website.

THE “OVER THE LIMIT” PHYSICS AND TYRE HANDLING—WHAT ARE THE IMPROVEMENTS?

Project CARS 2 has had an overhaul of the “over the limit” tyre experience. Data from real-world tyre manufacturers such as technical partner Pirelli has made an enormous difference here, and we’re confident this is the best handling sim you’ll ever drive. To get the feel and handling right, we have also enjoyed a close collaboration with seven real-world racing drivers, and with the “over the limit” feel, we engaged drifting legend Vaughn Gittin Jr., whose exclusive remit was to take the cars in-game and do what he does best—get them sideways! Vaughn’s feedback and insights have been vital in getting the “over the limit” feel and handling to a point where drivers will feel both satisfied and confident in their ability to slide the cars.

Full damage, both visual, and mechanical, come with Project CARS 2. You can turn the damage off, of course, but if you don’t, you won’t be driving away unscathed from your 200mph wreck into a wall, that’s for certain. New to Project CARS 2 is how damage is repaired; whereas in Project CARS, damage was fixed almost instantly. In Project CARS 2, the amount of time it takes to repair a damaged item (suspension, brakes, aerodynamics/body work, gearbox or engine) depends on the area being repaired. Each one takes a different amount of time, but having to repair all of them will take up to 10 minutes. Some parts, such as aerodynamics/body work and brakes, take a lot less time to repair when compared to repairing the gearbox or engine. You can choose what areas you want to repair in your pit strategy, and also make last minute adjustments whilst out on track via In-Car Management. WILL THERE BE ANIMATED PIT CREWS?

Yes. In Project CARS we had no pit crew, just a lollipop man. However, in Project CARS 2, we have a full pit stop crew working on the player’s car, each crew member doing his bit, and they’re all specific per motorsport, as well as era.

The career mode has been deepened considerably, and fan-requested improvements have been made. Added also are new motorsport type such as Indycar, rallycross, and even ice driving. Refinements mean that you will have a far more in-depth career mode that closely echoes what it’s like to rise to glory in an actual motorsport career, whether you’re starting out in karts, or starting out in a higher, more established tier of motorsport. We’ve also added the ability to shorten the amount of races needed to progress through the career, as well as refined how drivers are offered contracts. We’ve also added a secondary career path where the driver can experience being a factory driver for select manufacturers.

​HAVE YOU MADE PLANS TO ENSURE CLEAN ONLINE RACING? LIKE A LICENSING SYSTEM?

Absolutely. Project CARS 2 comes with the all-new Competitive Racing License that will ensure clean, toxic-free online racing. The new license works in three ways: firstly, all your online races will add to both your online reputation (that is, your safety score—the more shunts you have, the worse your score will be), and your online strength (which means Project CARS 2 will be able to match you with drivers of similar abilities when you race on open servers online). Servers have the option of deciding whether to run both, one, or none, of these options, and also choose the rank and safety of players that will join online races.