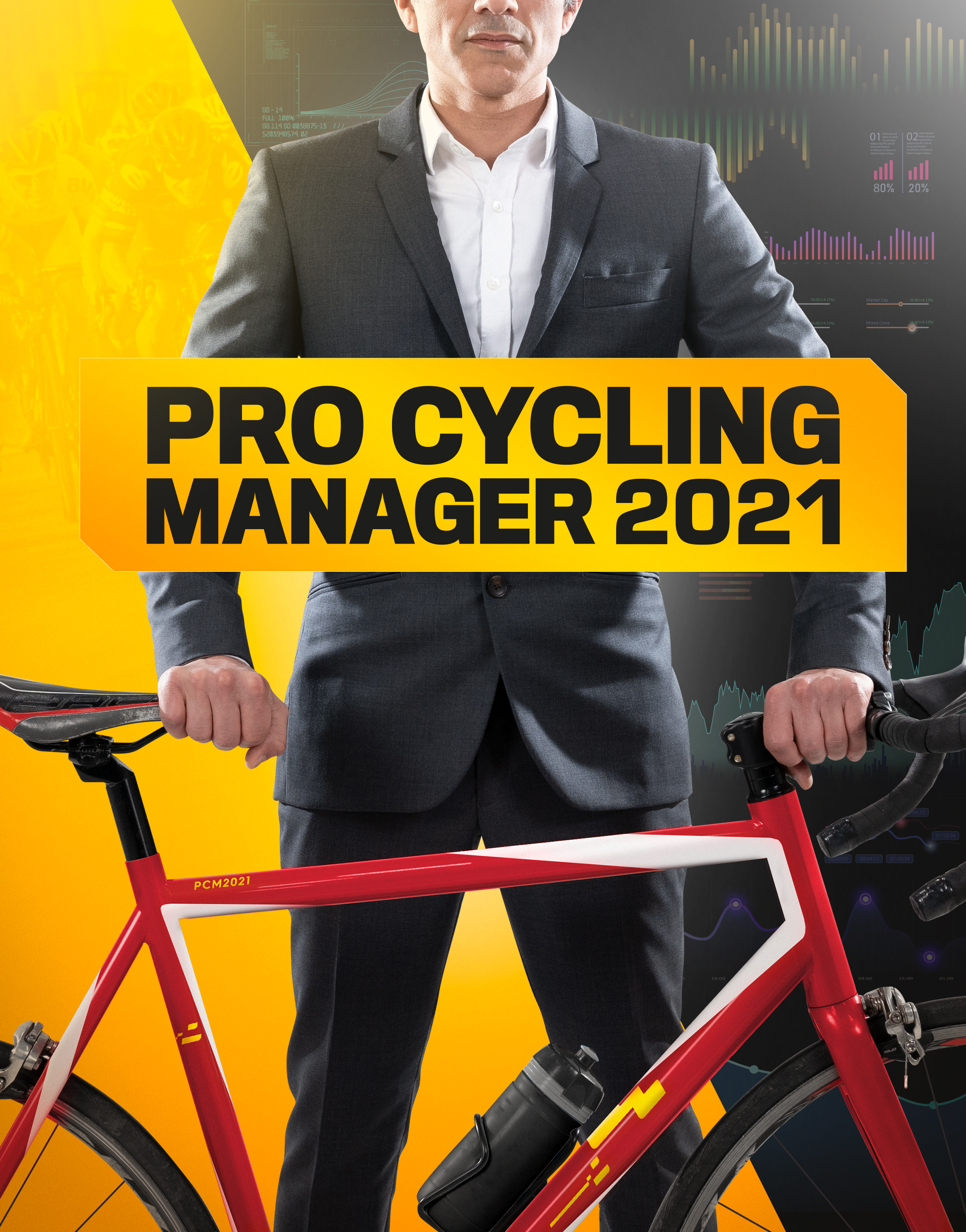 It’s a good time to be a cycling fan who happens to like video games. Between the Tour de France 2021 getting off to an interesting start and Pro Cycling Manager 2021 (PCM) being available, you can get your fix one way or another. Plus, there is also the Tour de France 2021 video game that is available and has been reviewed by the other Kevin), so there are two options for those of us who enjoy a good peloton! For those who are unaware, Pro Cycling Manager 2021 is a very detailed cycling simulator that allows you to take control of nearly every aspect facet of managing a professional cycling team. This includes deciding which sponsors will invest in your team, what riders will make the team, and what strategy your riders will utilize on race day. While we enjoy the festivities of the real Tour de France, it’s time to see how the folks over at Cyanide Studios have handled business with this Pro Cycling Manager 2021 review. 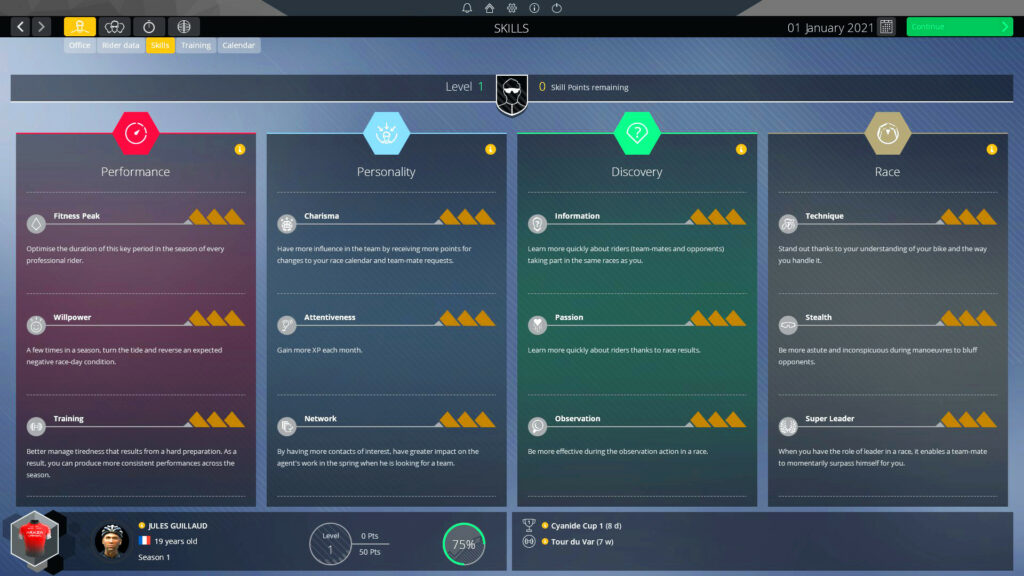 If you’re a control freak who happens to enjoy cycling, then this is the game for you. The ability to control nearly every aspect of competitive cycling is at your disposal. Being able to pick a team and then set the tactics, both pre-race and during, means that you have an unparalleled level of say over your cycling experience. It’s not just about race day either. It’s your preparation leading up to a race by helping to manage the tired legs that ultimately surface during grueling race stages.

When you’re at the helm of an entire team, it’s nice to be able to set your objectives for each and every member of your team through the “objectives” tab, even if it’s a bit cumbersome as “quick adds” allowing you to select the race through an interactive calendar isn’t available in the PCM series yet.

Pro Cycling Manager 2021 is a very detailed game, and while some of the bugs are being ironed out, the ability to delegate certain tasks is helpful for folks like myself who understand the general rules of competitive cycling but don’t fully know the ins and outs like true cycling die-hards. Through a pretty solid tutorial, Pro Cycling Manager 2021 does allow you to pick from a handful of options for nearly every situation, with one of the options usually being an autopilot that I found very helpful while getting comfortable with PCM.

Furthermore, being able to simulate races/stages and even watching the race in fast forward helps you to get through even the most cumbersome of events if you’re time-strapped and/or want to get through multiple seasons. With over 260 races and 700 stages within those races to choose from, there are plenty of times where you’ll say to yourself “ehhh, let’s just simulate this one.”

For a simulation-based game similar to Football Manager, PCM 2021 does a good job offering a variety of modes to choose from. With multiplayer, single player, One-off Race, and Pro Cyclist modes to choose from, there really is something for everyone. Pro Cyclist mode is a mode that I gravitated towards since I have an affinity for first-person sports modes, but it’s essentially a “Be A Pro” mode where you start off as a 19-year-old cyclist on a low-profile team trying to make a name for yourself as you progress through the ranks of competitive cycling.

There’s also a regular career mode where you take control of the entire team, even picking your sponsors and recruiting riders through a soccer-style transfer market. Lastly, multiplayer mode is included and allows you take your team online and compete against other players from around the world in a single race of your choosing. 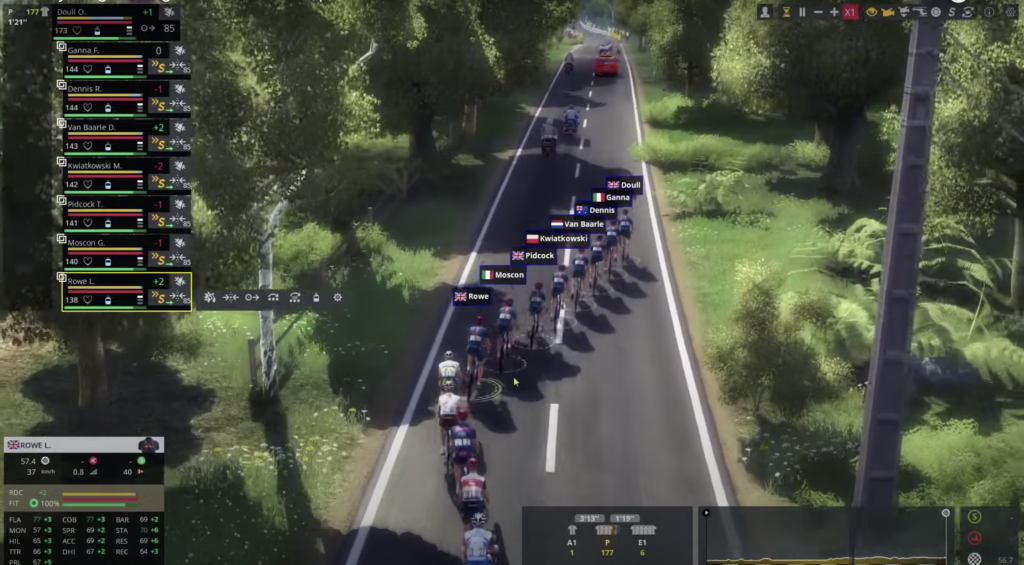 If you’ve ever cycled before, you know that one of the most challenging natural factors you can face is wind. Riding into a headwind can be grueling while riding with a tailwind can see you achieve higher speeds. Thanks in large part to the geographical landscape, Mother Nature asserts her authority during certain stages with wind conditions that make for challenging rides. Utilizing a deep database, Cyanide Studios makes echelons (formation pictured above) available during certain stages that can certainly change the dynamic of a stage, perhaps even an entire race.

If there’s a worthy sports game that releases on the PC, there’s usually a good chance that the modding community will help take the game to the next level. For the PCM fans, mods usually come by way of databases that primarily focus on replicating player (cyclists) likenesses, but also contain graphical upgrades and a few tweaks to AI. Cycling by nature is more popular internationally than here in the US, so seeing mods in a plethora of languages is a nice touch. Plus, with the reported changes from PCM 2020 to 2021 being limited, new mods can help lessen the stagnation that dedicated PCM fans often cite. 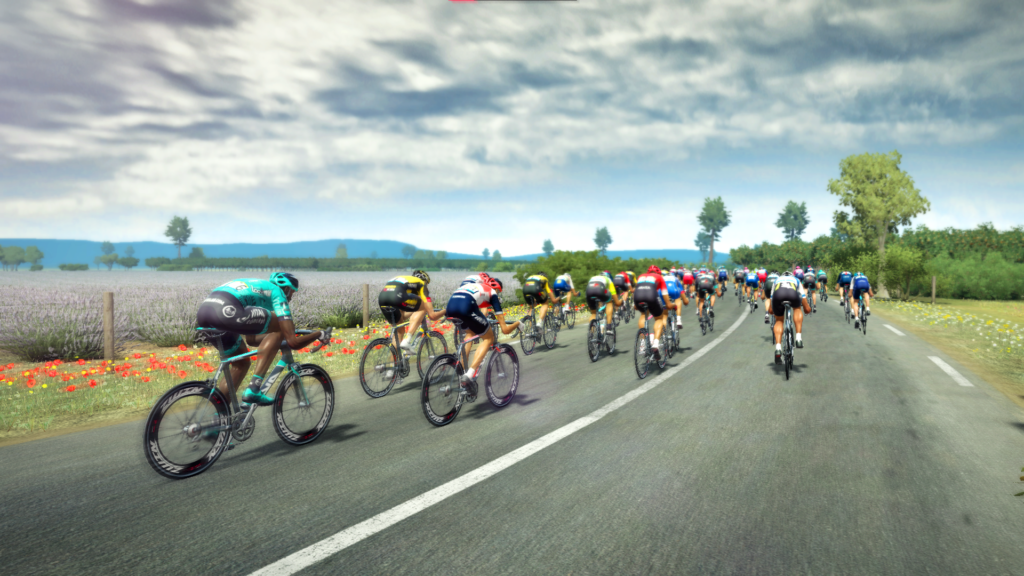 Having some knowledge about real-world cycling is a must. Having a lot of knowledge means that you can hit the ground pedaling (sorry, I had to do it). When you combine the level of detail and strategy that goes into cycling with a user Interface (UI) that can appear like a Microsoft Project schedule, I can understand how a lot of beginner-level cyclists could be scared off here. There are a lot cycling-specific terms, which to be fair should absolutely be in the game, so if you’re new to the sport check out this quick guide to cycling jargon.

Even with a decent understanding of professional cycling as a casual weekend cyclist myself, there were still times where I felt overwhelmed and had to rely on either the tutorial, which is quite good, or Google, which is even better. If I am making a comparison, it would be like a casual soccer fan who mainly watches the Euros and World Cup taking the plunge into the Football Manager series. 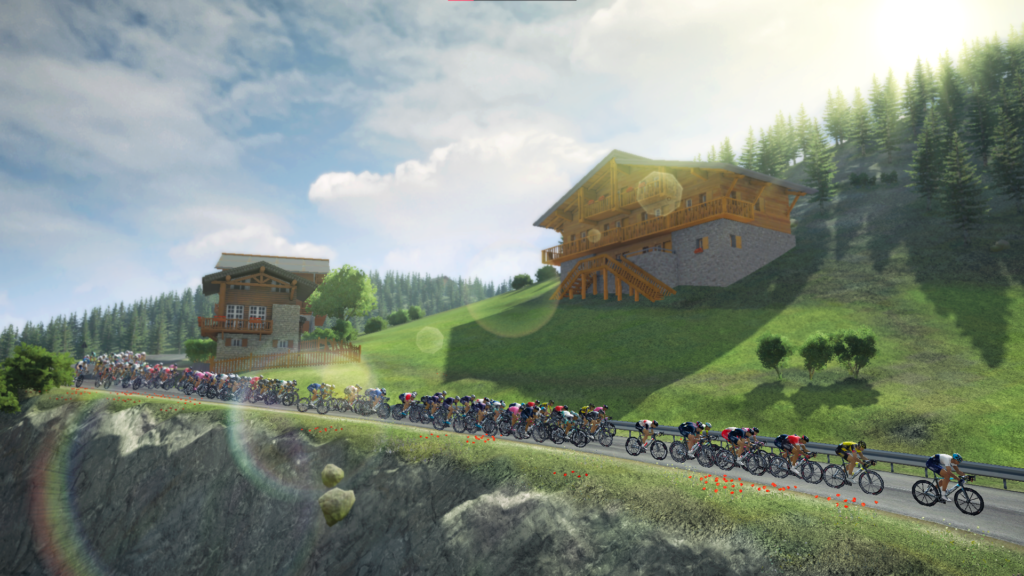 Cycling games by nature are monotonous, and if you’re not a die-hard fan of the sport it can get a little boring at times. While simulations are by nature usually enjoyed most by those who possess more patience, you can fall into the simulate/delegate trap far too often. Simulation games are for those who love the grind, so if that’s not your thing then the ability to fast forward through races is Cyanide Studios’ gift to you.

I personally watched one race in normal speed to get a handle on how long it takes to finish a race (it’s a 1:10 scale meaning that for every one minute of real time the game simulates 10 minutes of game time varying by race/stage distance in real life). For this review, I usually used double or triple the default speed. However, once you get the hang of it (I’m not even close if we’re being honest), you could max it out, especially if you wanted to get through multiple seasons because there are a lot of races you can compete in during a season.

Animations Can Be Robotic

When you’re a simulation enthusiast, animations and graphics might not be what you’re looking for — that’s understandable. With that being said, if you’re watching a cycling race, you know that things can be get monotonous. I’ve already touched on that, but one of the reasons for the monotony here goes back to how robotic the animations and crowds look.

Again, I’m not expecting something like an NBA 2K-level of crowd detail, but your eyes drift in racing games. It’s the nature of simulating either riding a bike or driving a car. You don’t move your head, but your eyes drift from side to side so you notice things. If you’re doing this in PCM 2021, you’ll notice the poor crowd visuals and how cyclists all turn with the same animation. As PCs get more powerful, hopefully we’ll see improvements to both areas soon. 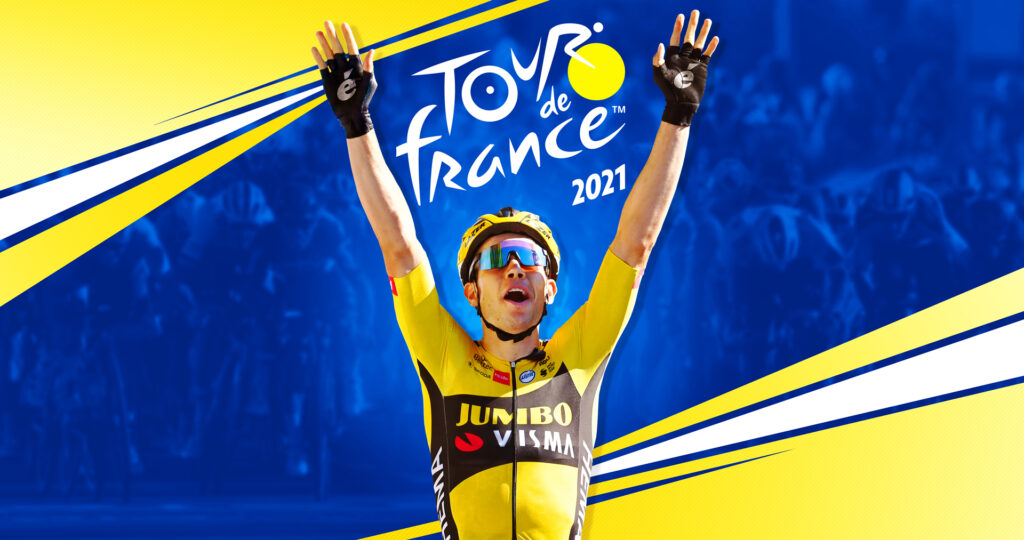 This is my first go around with the PCM series, so while it was hard to compare the gameplay changes from 2020 to 2021, Cyanide Studios did a great job of highlighting several new features for 2021:

Simulation games aren’t for everyone. Neither are cycling games. What happens when you combine both of those into one game? You get a game that’s meant for a niche audience, so if that’s your cup of tea then PCM 2021 is the game for you — even despite the reported negligible yearly differences. If you’re looking to get into cycling by trying PCM 2021, you’re probably going to be a bit overwhelmed. Don’t worry though, there are plenty of guides floating around, as well as tutorials on YouTube to help bridge the learning gap. PCM is moderately priced at $39.99, and with PC mods as well as continued support from Cyanide Studios (a patch has already been released), the true fans should be able to keep this game alive. If you’re breaking into cycling, it’s probably worth it to wait and catch this one when it goes on sale.