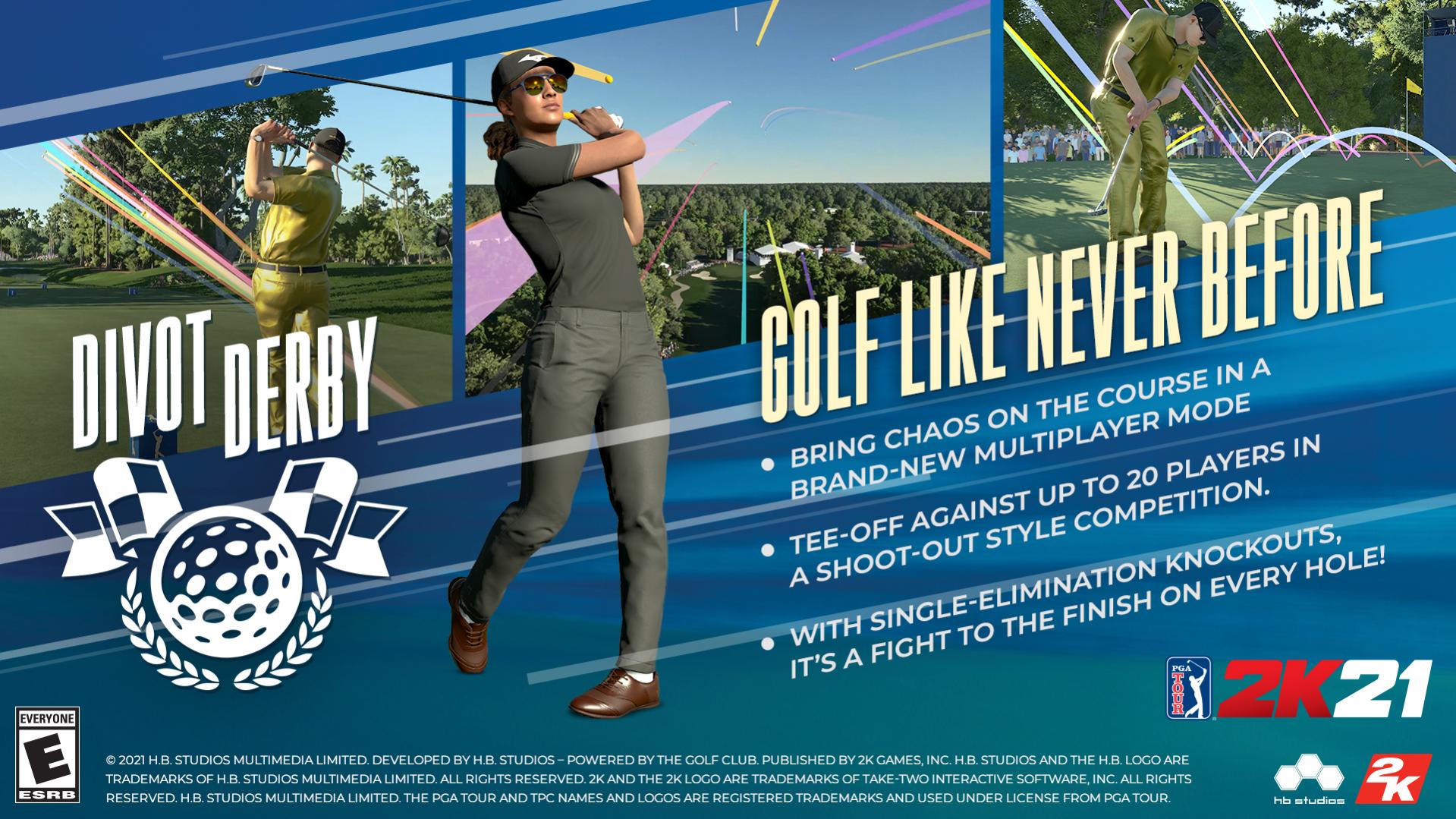 The new mode is a shoot-out style competition with single-elimination knockouts. Up to 20 players can compete (up to 16 players on Nintendo Switch).

The entire group of players tee off simultaneously, sending multicolored ball flight trails streaking through the air. From there, the chaos dials up, as participants race to land on the green and sink the putt. The first golfer to make it to the ninth and final hole wins. Players who get knocked out early, can watch the rest of the competition in Spectator Mode.