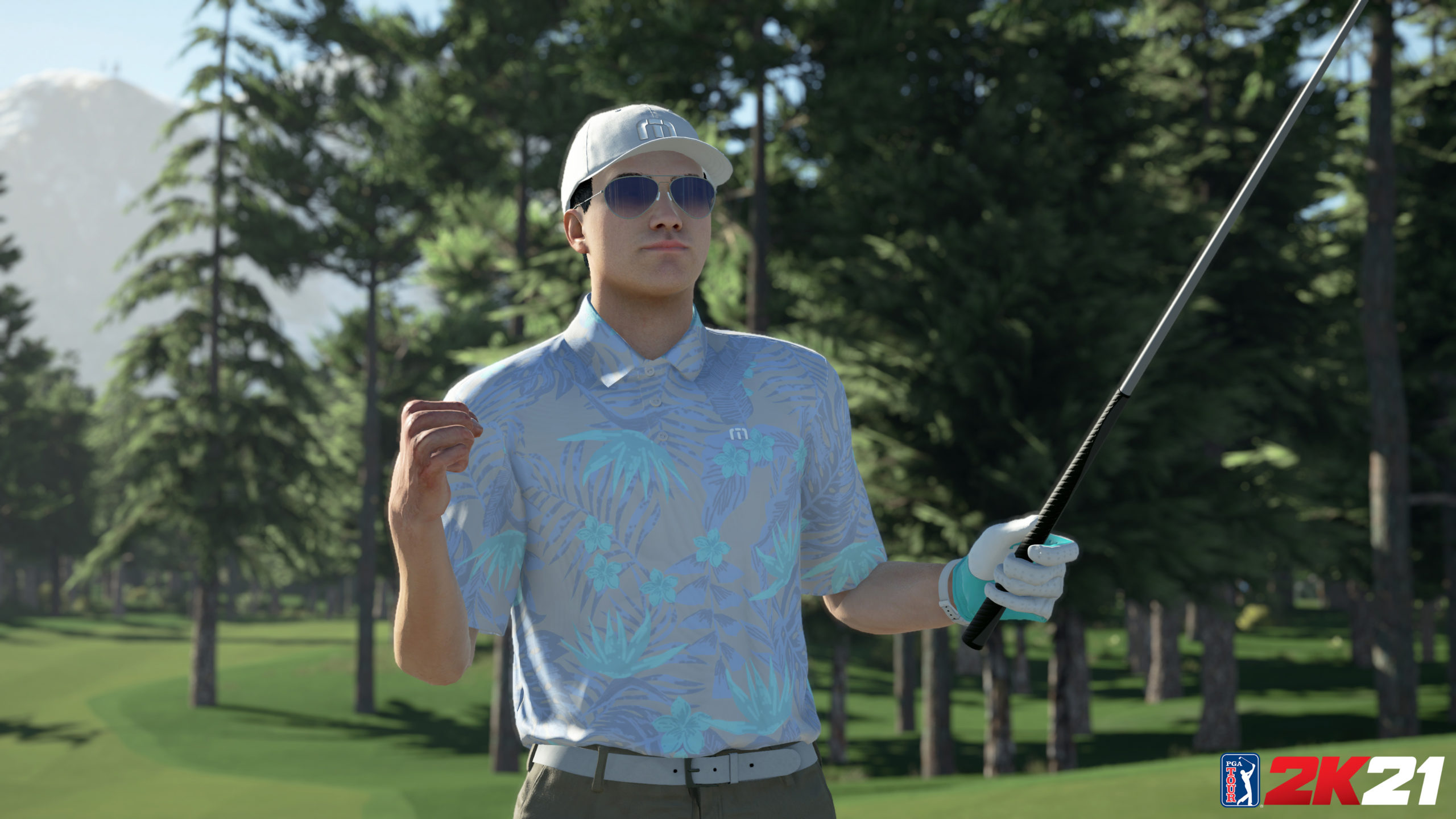 There are some video games you spend months eagerly anticipating before snagging them at the absolute earliest moment possible, and then there are others you might be perfectly content to wait for until they go on sale — or even become a free monthly game on the PlayStation Network for those with a PS Plus subscription. With PGA Tour 2K21 now free for the rest of October, it seems like a good idea to put together a PGA Tour 2K21 beginner’s guide for those who are now going to check it out.

For those who are willing to give the game a shot, there are some things that might be good to know before you leave the clubhouse and head out for the first tee. Here’s a helpful overview of what you can expect from PGA Tour 2K21 and some helpful hints on how to make the most of your experience so you don’t end up tossing an iron into the nearest water hazard and heading for the parking lot before you even reach the back nine. 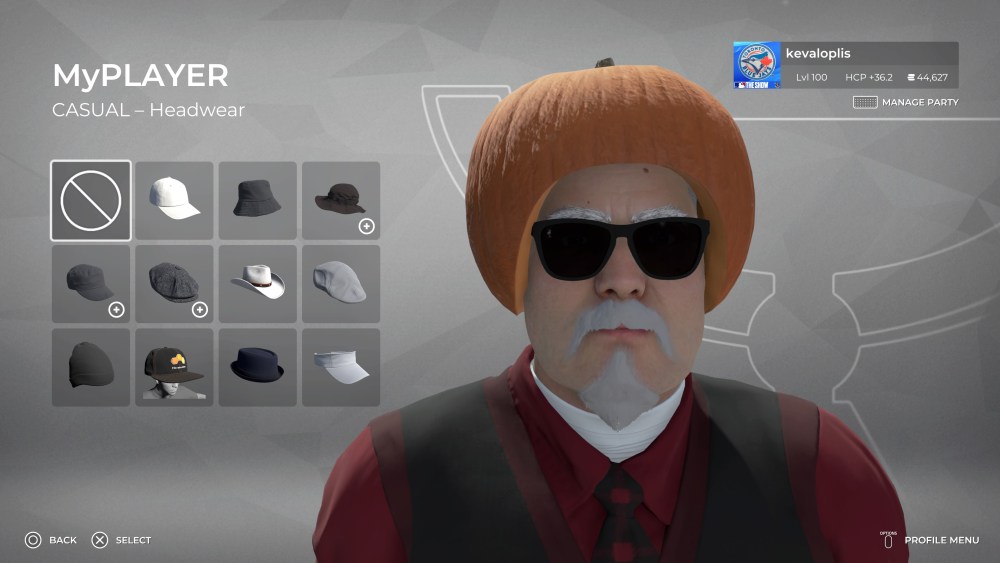 If you’re starting out in PGA Tour 2K21 and are excited about the opportunity to take control of some of the real golfers that you regularly see play on the PGA Tour, then you might want to take a seat and brace for some bad news. While you’re able to play against actual pros in tournaments, you’re only ever able to use the MyPlayer golfer that you create when you first load up the game. This is bound to be disappointing for some, but at least there’s plenty you can do to customize your own golfers to make them as unique as possible using various physical attributes within the creation suite.

As for the abilities that you’ll use on the course, you’ll notice that there’s no way to shape your own specific strengths and weaknesses like you would in other sports titles like NBA 2K22 and there’s a decent reason for this. That’s because all golfers in PGA Tour 2K22 are created equal, at least from a physical standpoint, ensuring a level playing field where success or failure rests solely on your own skills with the controller. This will sadly dash the plans of anyone who had plans of creating some beefy powerhouse capable of driving the ball for miles (and maybe lacking a little something in the putting department), but it’s ultimately more of a feature than a bug that you can focus instead on learning to consistently hit good shots. 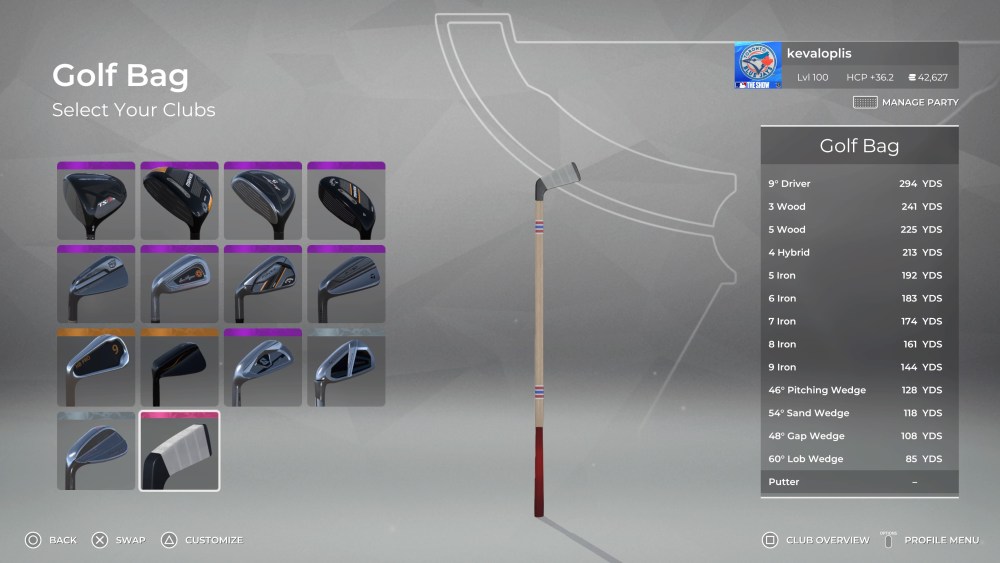 Though it’s necessary to accept the limitations in how far you can hit the ball, PGA Tour 2K21 does offer an interesting element of strategy in what clubs you want to carry with you on the course. If you want to pack the driver with the biggest punch, you’ll also have to be prepared for a smaller margin of error when controlling those shots to find the fairway with any consistency. All clubs have their own inherent quirks, so don’t be afraid to try out different ones from time to time to see how they work for you.

Because you can only carry so many clubs in your bag, there are bound to be some gaps in their distances, and it’s up you to assess what you consider to be the highest priorities, whether that’s having more woods, irons, or wedges. Aside from selecting types of clubs, you can then also add some flair to them by adding colors and designs to the shafts and grips. Speaking of flair, don’t sleep on all of the amazing threads available to you. With options ranging from stylish to downright silly, you’ll find no shortage of recognizable brands and places to put them on your body, from the hats on the top of your head right down to the socks and shoes on your feet.

It doesn’t matter whether you want to compete looking like a million bucks or just want to be that guy who wears a pumpkin on his head (’tis the season after all), the game’s shop has you covered. It’s been long enough after the game’s release now for the sheer amount of attire to be slightly overwhelming and there’s still the occasional addition from time to time depending on the season. Let’s face it, there are some people who will never be able to accept anything other than a three-click system when it comes to hitting the ball in a golf game. This is likely because that’s what they came to love back when they were playing Tiger Woods games on a PS2 (and that’s fine). They’ll be upset to learn that not only are you not able to use anything other than one of the sticks to hit your shots in PGA Tour 2K21, but the game also eschews the kind of arcade-style play from those older games that allowed you to put backspin on the ball while a ball was in the air in favor of something closer to a simulation.

Ultimately, the tempo and angle at which you push the stick down and up will be the biggest deciding factor in what happens to every shot you make, so take the time to calibrate your swing and learn how to get optimal results while on the driving range. There are also other factors to consider, and these are the same sorts of things that you’d want to bear in mind in real life, such as your lie, the wind in play, and whether you happen to be standing on any sort of significant slope at all.

When it comes to putting, reading the break of a green and negotiating the proper amount of power will help you immensely, and it will take some time and practice to develop a feel for how putts from various distances will move as they approach the hole. For those who want to pit their skills against those aforementioned real pros, PGA Tour 2K21 has a career mode where you can do just that, allowing you to start out on the lesser Korn Ferry Tour until you’re ready to be promoted to the real PGA Tour alongside greats like cover star Justin Thomas and Bryson DeChambeau (though you’ll have to wait until the next title in the series to see Tiger Woods).

This functions well enough in that you feel as if you’re really competing against the titans of the sport that you enjoy watching on the weekends. However, even with some tweaking of the mode’s settings, you may find that there are still some issues with balancing the other scores on the leaderboard so you’re not always running away from the pack. It would also be nice if the game were to implement a tiebreaker at the end of events should two or more golfers end up tied at the end of the final round.

Fortunately, there are other ways to extend your career beyond playing only against CPU players if you’re searching for even more of a challenge and are curious to see how you’ll do against other humans. Online Societies that have been created by other players allow you to participate in regularly scheduled events (if they’re a good and reliable society at least) to see if you can achieve the best score.

Aside from the thrill of learning how you measure up compared to others, you can also earn some coin rewards depending on how many others have played and where you finish. If you want to take this concept to the next level, you may want to consider joining the TGC Tours, a website that organizes weekly events, compiles scores from across all platforms, and can see you getting promoted or demoted across various flights based on how you finish. 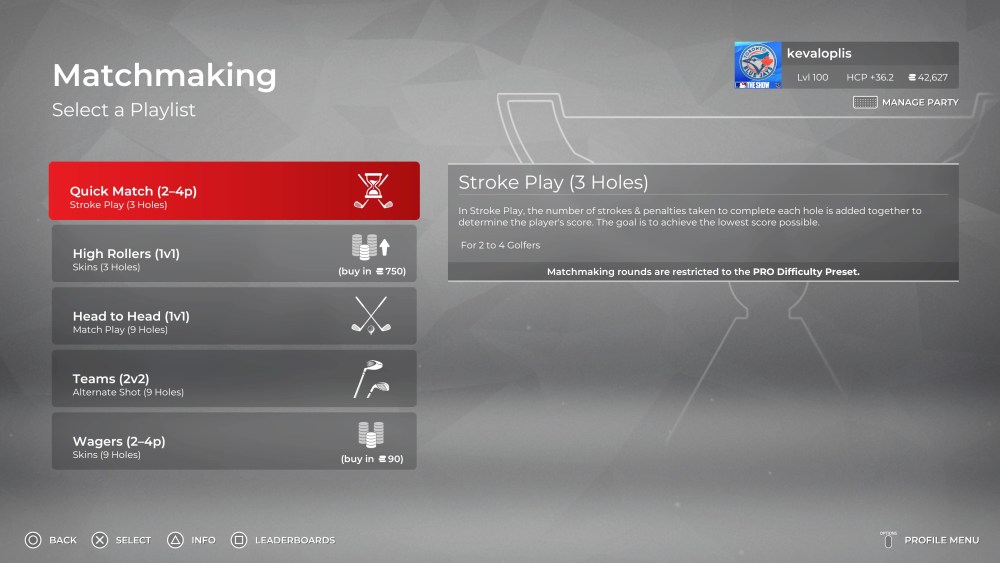 If you’re someone who would rather any online play be done head-to-head against opponents so you can witness their shots and determine clear winners and losers at the end of the round, PGA Tour 2K21 has plenty of options that will satisfy most of your needs. Aside from your basic one-on-one matches, you can also expand your horizons to include some of the more adventurous online playlists like skins matches, alt shot with pairs, or even the Divot Derby mode that has you playing speed golf against 19 other players. It can be frustrating when people quit in the middle of rounds as they begin to sense losing is imminent, but assuming the game correctly registers your victory, it can be another way to earn some coins that you can use to continue buying new clothes, clubs, and accessories.

A bigger issue is that PGA Tour 2K21 doesn’t have any sort of tiers or levels that you either ascend or descend depending on your result — something you see in a game like Rocket League — thereby making matchmaking something of a crapshoot and minimizing the consequences of each round that you play. If the next title in the series could figure out how to institute something like this, it would go a long way towards having you feel as if there’s more incentive to play these online modes. This would allow you to be confident that you will face someone roughly on your skill level and that there would be a little more on the line than perhaps winning or losing some relatively inconsequential coins. As someone who has never actually designed any courses in PGA Tour 2K21, I may not be able to give you any tips on the best way to go about doing that, but I can tell you that many others seem to be really good at it. Aside from the game’s official real courses that have been recreated in painstaking detail, one of the best things about the game is the sheer volume of amazing courses that people have made within the game and are available for anyone to play.

From wild fictional fantasy courses to innovative mini-putt layouts to gorgeous renderings of real-life courses both famous and obscure, there’s never any shortage of fun ones to try out. If you’re feeling overwhelmed by all of the choices, TGC Tours can help you out as they maintain and regularly update a list of courses that have met the rigorous criteria for use in their events, so you know they have to at least be halfway decent.