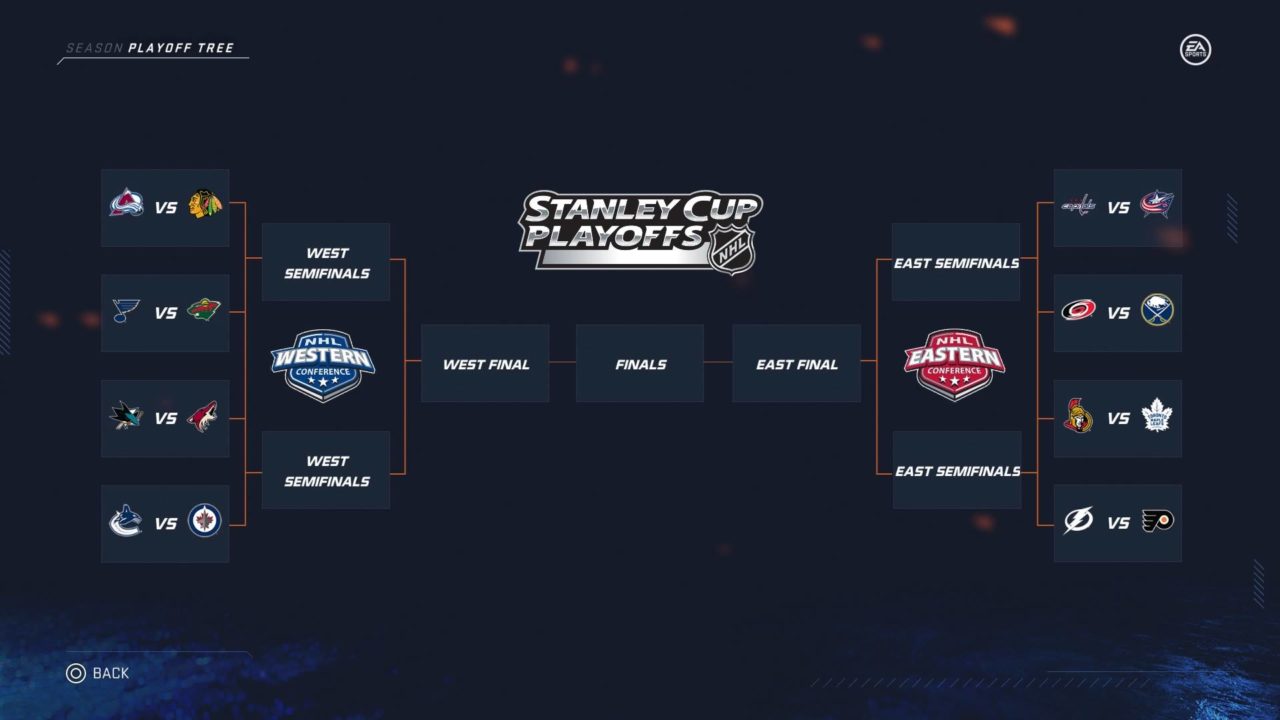 Last year, the EA Sports NHL 2019 season simulation predicted that the Toronto Maple Leafs would hoist the Stanley Cup. Before the season started, Toronto added on to an already scary good offense by going out and landing the big fish, prized free agent forward John Tavares. Immediately, Tavares gave Toronto a frightening 1A-1B punch down the middle by joining incumbent star and franchise center Auston Matthews.  Also there was Nazem Kadri, a 30-plus goal scorer in each of the previous two seasons, who was now their third option manning the middle. It was clear to many inside the NHL world, and even the casual hockey fan, that the new addition solidified their already strong Stanley Cup odds so it wasn’t outlandish to see the EA Sports 2019 simulation.

However, despite a strong regular season that saw the Maple Leafs finish with 46 wins and 100 points, for the second straight season the Maple Leafs were eliminated by their arch rivals, the Boston Bruins, in seven games.

Now, this brings us to the early preseason simulation for the 2020 season. All NHL teams have now begun training camp and have played their first few preseason games, so it’s never too early to talk Stanley Cup winner. This simulation was conducted on 9/18/19 and a few things of note:

However, It is most likely all these players eventually get signed at some point during the season, if not before, so for simulation purposes the above players were kept on their respective teams. Also, defenseman Dustin Byfuglien (Winnipeg) is speculated to be considering retirement, but since his decision hasn’t been announced yet he was also left on his current team.

Your Stanley Cup Champion Is… 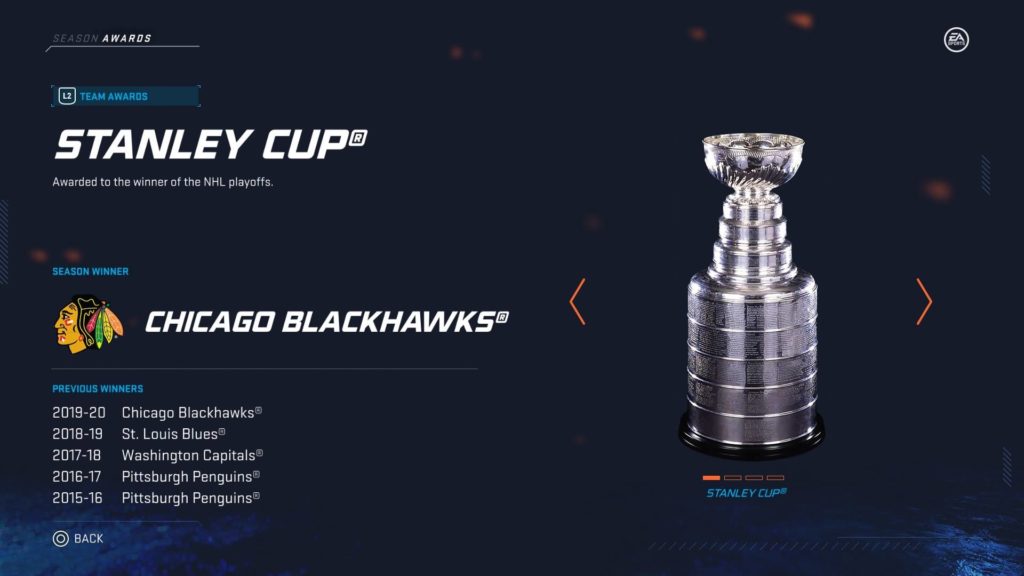 In a somewhat dark-horse prediction, the Chicago Blackhawks are predicted to hoist their fourth Stanley Cup in the past 10 years. The Blackhawks last won Lord Stanley four years ago. The core foursome of Patrick Kane, Jonathan Toews, Duncan Keith and Brent Seabrook previously won the Stanley Cup in 2010, 2013 and 2015.

To add to the wildness of the predictions, the Ottawa Senators were the Chicago Blackhawks’ opponent in the Stanley Cup Final. The Senators who are in the midst of rebuilding — and to many thought to finish at or near the bottom of the standings — put up a valiant effort taking the Hawks to six games.

What are some of your predictions for the 2020 season? What teams and storylines are you going to be following?

NHL 20 Review: A Better Playing Game With a Familiar Coat of Paint
NHL 20 And How You Can Get Great Slider Settings Too