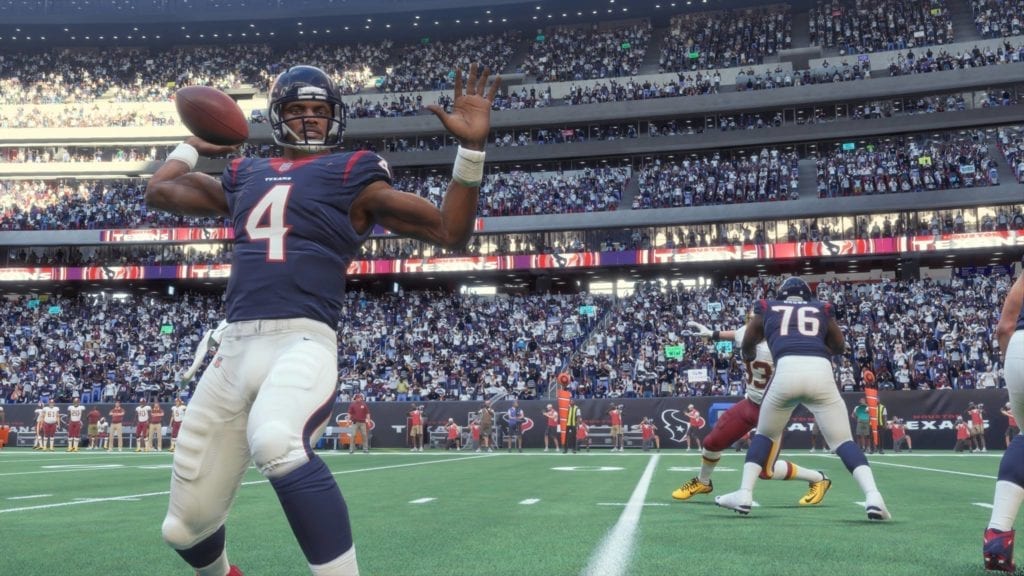 This official Madden roster update FAQ will get updated as needed. If you have a question that isn’t on the list, please DM me and I’ll try to get the answer and update the post. He will not answer any roster questions that deal specifically with CFM, so please keep that in mind.

Why isn’t (insert player name) in the game yet?

Players must be approved by the NFLPA before they can be added to a roster update. Then the player needs to be created from scratch, along with getting the ratings, salary, etc. correct.

Why did (insert player name) have a great week, but go down?

While (insert player name) may have had a good game in one area, he may have struggled in another area that weighs heavily on the overall player rating.

Why did individual ratings go down, but the overall player rating stayed the same?

Overall ratings are calculated based off many individual player ratings, they are not manually set.

Will more Practice Squad players be added such as players like Marcus Kemp of Chiefs?

That is the plan this year.

How long does it take to make a roster update and is it a different process both systems?

Nothing different per console, but it takes 3 to 4 days. Sometimes some extra time is needed and the roster releases on Friday (for example, week 1).

Will you be releasing a spreadsheet of weekly changes?

Those spreadsheets are not handled by me, it’s up to EA to release them or check the ratings hub.

Why were practice players deleted from the roster in this week’s update?

Looks like it was a bug created from a Live Seasons change that was asked for. It should be fixed this week. Practice squad won’t be available in Play Now or Online, which is fair and realistic, since they aren’t on the 53. If you want practice squads, please use Live Seasons.

What tools do you use to determine the weekly player adjustment changes?

Game film, highlights, watching the games every week and a handful of websites.

How many people work on the weekly update?

Are you open for suggestions from the community on equipment edits?

Always. Mostly via Twitter. Just know that I’ll need images of recent accessory updates. Consistency is key, not just a one week on, one week off type of thing.

What are you using for depth chart assignments?

Why are some injury lengths much longer than what is expected?

I place a week length, but CFM throws a variable on top of it, based on toughness and injury rating.

Why are some injuries very different than what occurred? (I understand concussions and suspensions can’t be listed but players with a broken hand might have a broken foot listed instead.)

Will you be releasing an injury free roster, or do we have to wait until the end of the season, per usual?

End of the year, as usual.

Is there anything you can do with the roster to stop some of the top incoming rookies from being released in the preseason of week one in CFM.

That is a CFM issue, not roster related.

Is there a list of how each individual attribute correlates in game?

It is something Rex is working on.

Will more portraits be added to players without one?

If a player is added and has a portrait, it is because he was at the combine. Otherwise, it would have to be patched in and those resources are now working on Madden 19.

Why has there been so few create a player slots available on the default roster then there has been in past years?

We have one spot open per team to fill up the teams as much as we can.

Will there be a mass ratings adjustment made at the mid-season or end of season mark that reflects what has happened in the league up to that point versus the weekly updates?

Will the skin color for Rex Burkhead and Will Compton get updated?

Yes, it’s coming in the next patch. They both will have face scans.

Will Colin Kaepernick get his tattoos back?

He will in the next patch.

It’s fixed in the upcoming patch.

Why are free agents like Johnny Manziel and Darrelle Revis gone?

We don’t have rights to Johnny Football, but Revis is on the list of free agents.

Will draft pick trades be included in roster updates?

They are only included in Live Seasons.

Will we need to restart our franchise on the Rex Burkhead and Will Compton patch?

Nope, it will be fixed everywhere.

Why are some players who are practice squad eligible in NFL, not eligible in the game like Kadeem Edwards, Richard Ash & others on Cowboys?

Those are Madden practice squad rules. They don’t have them exactly like the NFL, since there are so many stipulations.