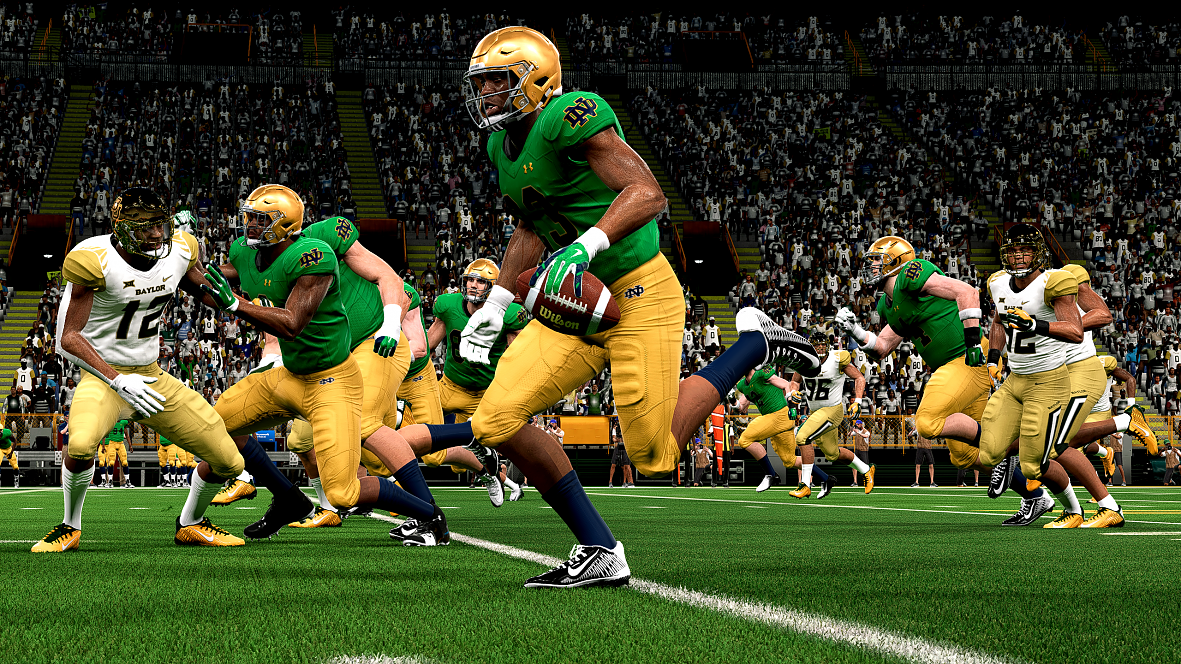 Notre Dame has announced they will not be part of EA Sports College Football until name, image and likeness (NIL) rules have been finalized. Here’s the official quote from University Vice President, Jack Swarbrick and Director of Athletics, James E. Rohr.

“Notre Dame Athletics welcomes the return of EA Sports College Football, a video game series that has historically helped promote interest in college football. Notre Dame will not, however, participate in the game until such time as rules have been finalized governing the participation of our student-athletes.

As those rules are developed, it is our strong desire that student-athletes be allowed to benefit directly from allowing their name, image and performance history to be used in the game.”

Development of EA Sports College Football has just begun, with launch timing years down the road. There is plenty of time left for NIL rules to be finalized. We wouldn’t be shocked to see other schools make similar announcements, just to play it safe.

UPDATE (2-26): Tulane and Northwestern have made similar announcements.

NIL rules will be in place well before EA Sports College Football is released, so any team that makes a similar announcement will have plenty of time to make a decision to be part of the game.

We will have many discussions about EA Sports College Football prior to its release. Make sure to check out our FAQ!!

BTW, the featured screenshot was pulled from our Photographic Side of NCAA Football 14 forum thread. Thanks Gamesoldier68!!