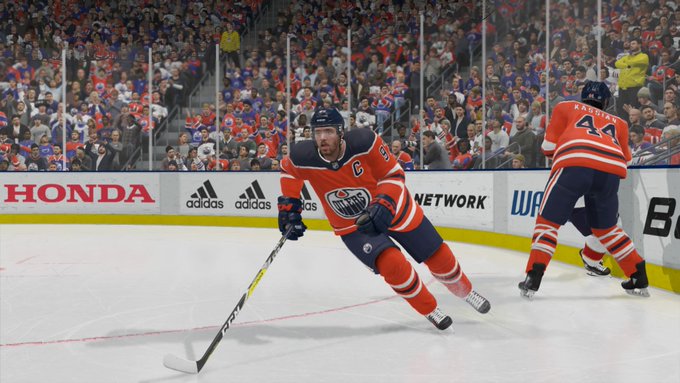 The 2020 NHL trade deadline has now come and gone, and as always it was extremely busy. This year in particular — with so many teams being “in the mix” — the tight playoff races were expected to produce a flurry of activity as teams loaded up for the stretch run. Furthermore, this year some teams chose not to wait until deadline day and went out ahead of the February 24 trade deadline to get the player or players they felt their team needed. The weeks leading up to the trade deadline saw some big deals go down, and as mentioned earlier, 20-plus trades went down on deadline day itself. With that many deals coming together, it took some time to unpack it all.

Here is a look — in no particular order — at my winners and losers from this year’s deadline (including the moves leading up to the deadline). 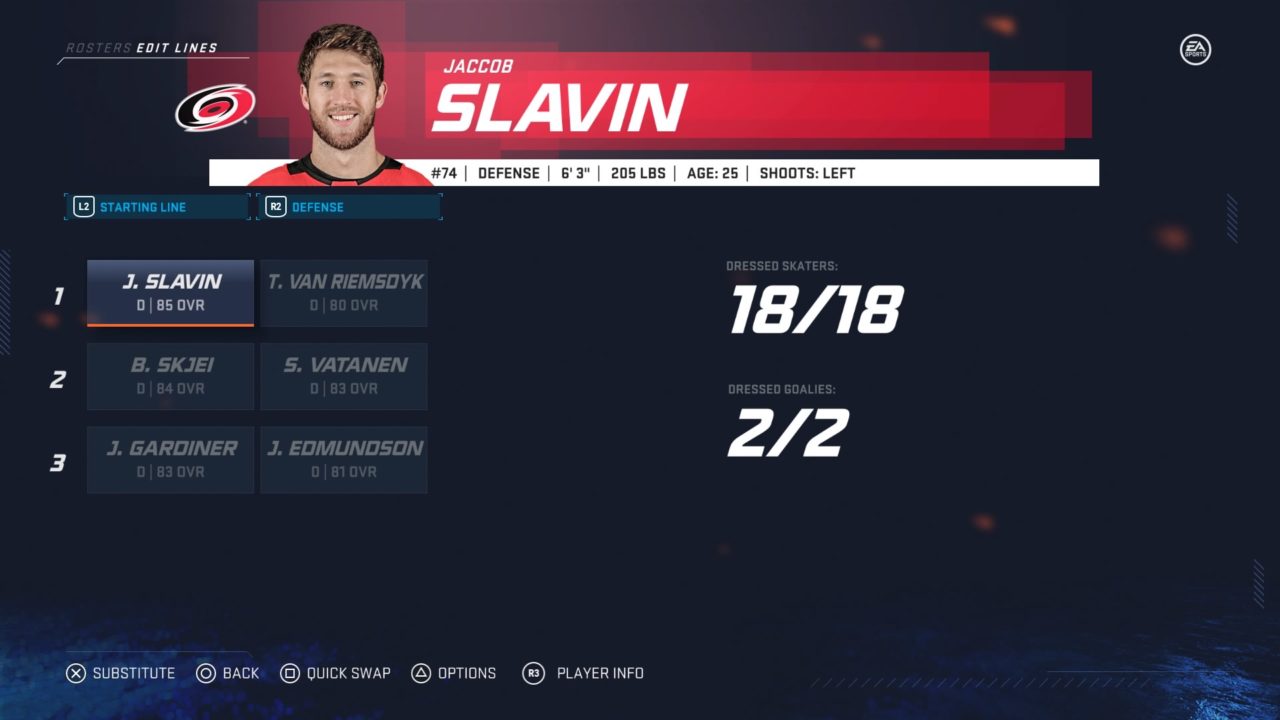 Carolina Hurricanes – The Canes have been looking for defensive help ever since defenseman Dougie Hamilton went down January 16 with a broken leg and is out indefinitely, and it became more urgent with Brett Pesce’s recent long-term injury. Pesce hurt his right shoulder this past Saturday attempting to check Leafs center John Tavares along the boards. Pesce also had shoulder issues late in the 2017-18 season but did not have surgery. Hamilton at the time of his injury ranked fourth among all NHL defensemen with 40 points in 46 games this season. His 14 goals ranked second among all blue liners behind only Columbus’ Zach Werenski (15). Now, Carolina Hurricanes GM Don Waddell is optimistic that Hamilton may return sometime this year, but I believe that just may be wishful thinking on his part.

Here’s What The Hurricanes Did: They got exactly what they needed, picking up top defensive rental Sami Vatanen from the New Jersey Devils and 25-year-old Brady Skjei from the New York Rangers, who is under contract through 2024 (something the Hurricanes highly covet). They also managed to snag offensive center Vincent Trocheck away from the Florida Panthers. Even though Trocheck is having a down year — just 10 goals — he has recorded 20 or more goals in 3 of his previous 5 seasons and should fit in seamlessly with the Hurricanes’ uptempo style of play.

It’s always great to acquire “your guys” but it is always much much sweeter when you don’t have to overpay for them. In acquiring Trocheck, the Canes only had to part with two bottom six NHL roster players and two prospects, but neither prospect is super highly regarded. Additionally, the Panthers are one of the teams that the Canes are battling with to earn a final playoff spot.

The other two trades including the Canes involved a second-round pick, a prospect and a first-round pick. Yes, first-round draft picks are highly coveted. However, the first-round pick was used to acquire 25-year-old Skjei. The Bunch of Jerks have momentum to break through the crowded Eastern Conference Wild Card race and should finish strong. 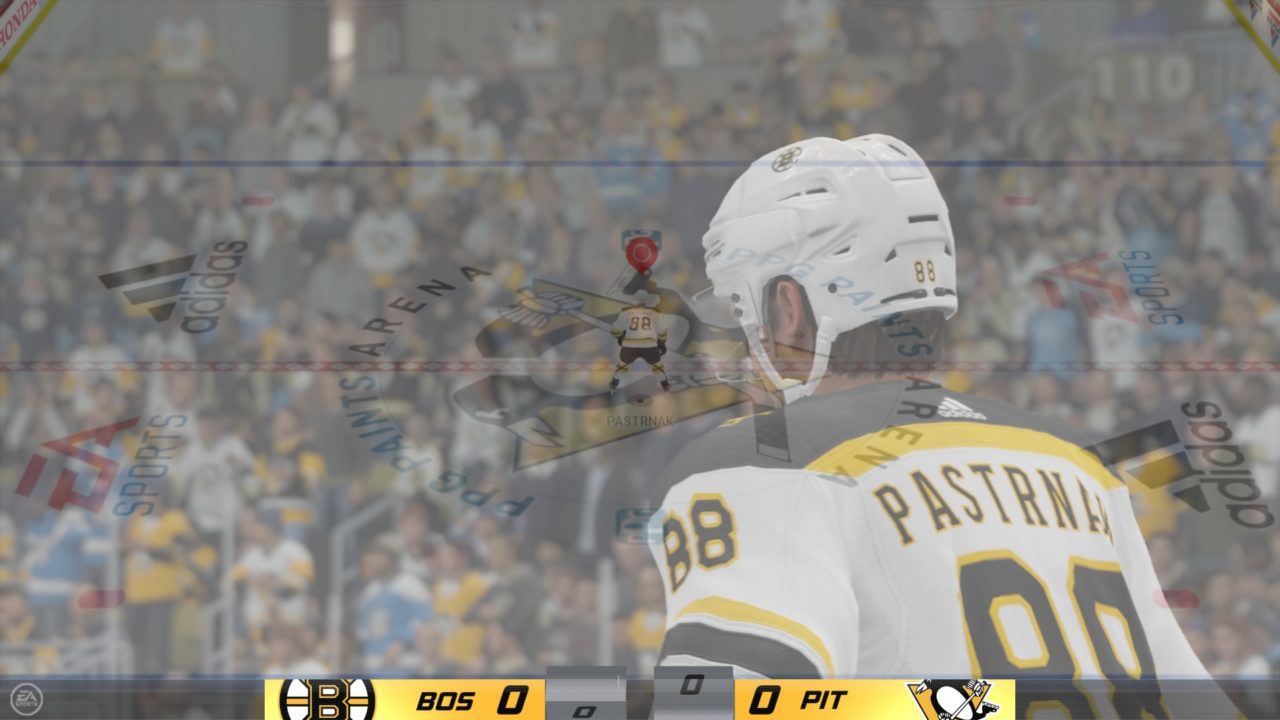 Boston Bruins – The Bruins’ acquisition of Anaheim Ducks’ winger Ondrej Kase has the potential to be one of the best trades of the season. Kase is a talented 24-year-old winger with tremendous offensive upside. He just needs to remain healthy. Admittedly, this is a tall order given his struggles to stay in the lineup during his career. However, he makes just $2.6 million through 2021, when the Bruins can re-sign him as a restricted free agent. Boston’s second trade with Anaheim that sent Danton Heinen out west for Nick Ritchie was far less of a slam dunk win and much more of an even trade.

The Bruins only had to move out mid-range defensive prospect Axel Andersson and their first-rounder to the Ducks for Kase. Again, first-round picks are always something teams put tremendous value on, but acquiring a young offensive winger under a team-friendly contract is certainly just as valuable if not more, especially for a team in “win now” mode. Furthermore, if that wasn’t enough to declare the trade a win for Boston, they also got Anaheim to take David Backes’ contract — or at least 75 percent of it — off of their books.

Edmonton Oilers – We could perhaps joke about first-year Oilers GM Ken Holland reuniting with Mike Green for a conditional fourth-round pick, and Andreas Athanasiou for Sam Gagner and two second-round picks, but the moves have logic, especially after he also added depth winger Tyler Ennis from the Ottawa Senators for a fifth-round pick. Edmonton is second in the Pacific Division, and it has played the year without enough quality wingers. Athanasiou is a restricted free agent this coming offseason, but he has the speed and the offensive skills to mesh with superstar Connor McDavid. Tyler Ennis should provide additional offense and slot in on the third line, while the veteran Green will give the Oilers experience and a power-play threat along the blue line.

When you have arguably two of the best players in the world in McDavid and Draisaitl, you can’t waste years or opportunities. I’m not saying the Oilers are locks to go deep this year, but they are definitely better today. 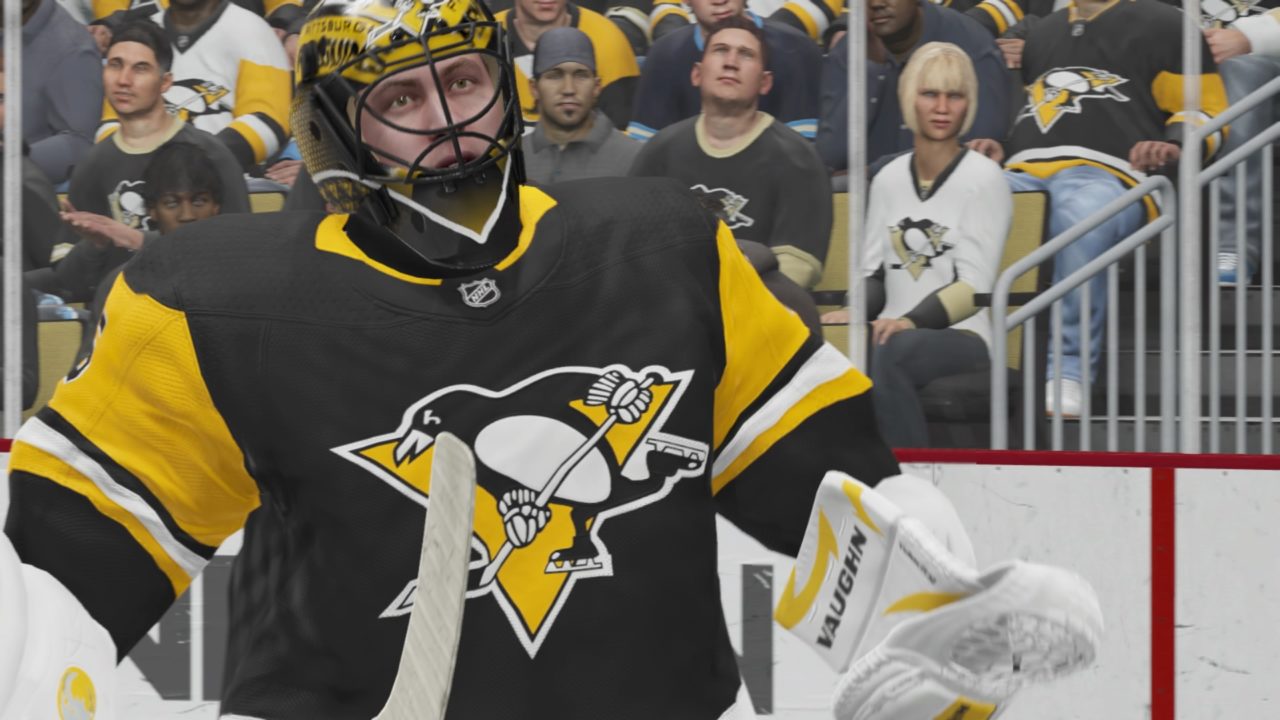 Pittsburgh Penguins – They lost Jake Guentzel before the All-Star break and have loaded up at forward since. In addition to finding a winger for Sidney Crosby in Jason Zucker, who they acquired a week before deadline day, they also brought in Patrick Marleau from the San Jose Sharks, plus Conor Sheary and Evan Rodrigues from the Buffalo Sabres on deadline day. Marleau’s experience and goal scoring will help, and Sheary is a familiar face who played on the back-to-back Stanley Cup teams from a few years ago.

Ottawa Senators – The Senators’ organization and their GM are often harshly critiqued. Most of it is earned. The team is not involved in playoff chases. Attendance is low. The fan base is apathetic. Ottawa has now made 40 trades since the start of the 2017-18 season, including saying goodbye to Erik Karlsson, Matt Duchene and Mark Stone to name a few. Monday, however, might have marked the GM’s finest work. No big-time players were added to their current roster, which was to be expected. The assets that they acquired though were something else. Perhaps, no player has yielded as much for doing as little as Jean-Gabriel Pageau. A first, second and potential for a third-round pick for a rental 27-year-old who has only now reached 20 goals for the first time in his career (thanks to an astronomically high 17.8 shooting percentage) is quite the haul. The Senators will now have nine draft picks in the first three rounds of this upcoming draft. 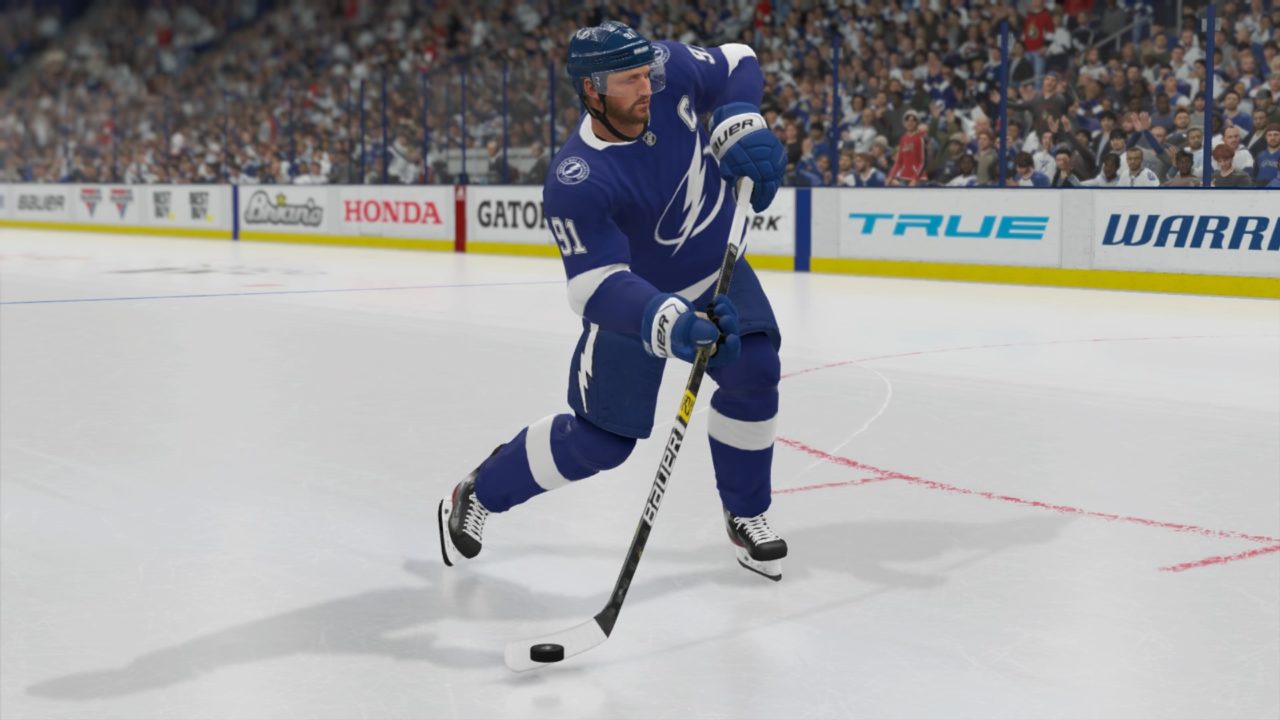 Tampa Bay Lightning – Look, I know the Lightning are all in for this year, and I’m fine with that. The Lightning have under preformed in the Stanley Cup Playoffs over the last few years with it culminating in last year’s first-round upset. And over the past two months, no team in the NHL has been hotter than the Lightning, who have posted two separate double-digit winning streaks, have lost just four games since Christmas, and have a whopping plus-41 goal differential. So, I fully understand their moves. However, one particular trade left me scratching my head. It seemed to come at a baffling cost.

Tampa Bay gave up an AHL player and a first-round draft pick for the 26-year-old forward Barclay Goodrow and a third-round draft pick. The team was at the league’s 50-contract limit, so it could not add another player without giving someone up. Goodrow is in the first year of a two-year contract that pays $925,000 annually. The cheap cap hit for a very reliable and experienced depth forward is obviously a positive. However, Goodrow has appeared in 268 regular season NHL games over his career and has only totaled 26 goals. In fairness, Goodrow does do a lot of other things really well, but it’s absurd to think he he could not have been acquired for a second rounder or third rounder.

In other positive moves, Tampa Bay picked up one of the leagues most underrated players over the last two seasons in Blake Coleman. GM Julien BriseBois then added to his team by winning the sweepstakes for disgruntled — recently waived — former Buffalo Sabres defenseman Zach Bogosian at a bargain price of a prorated $1.3 million. The Lightning are definitely Stanley Cup or bust this year. 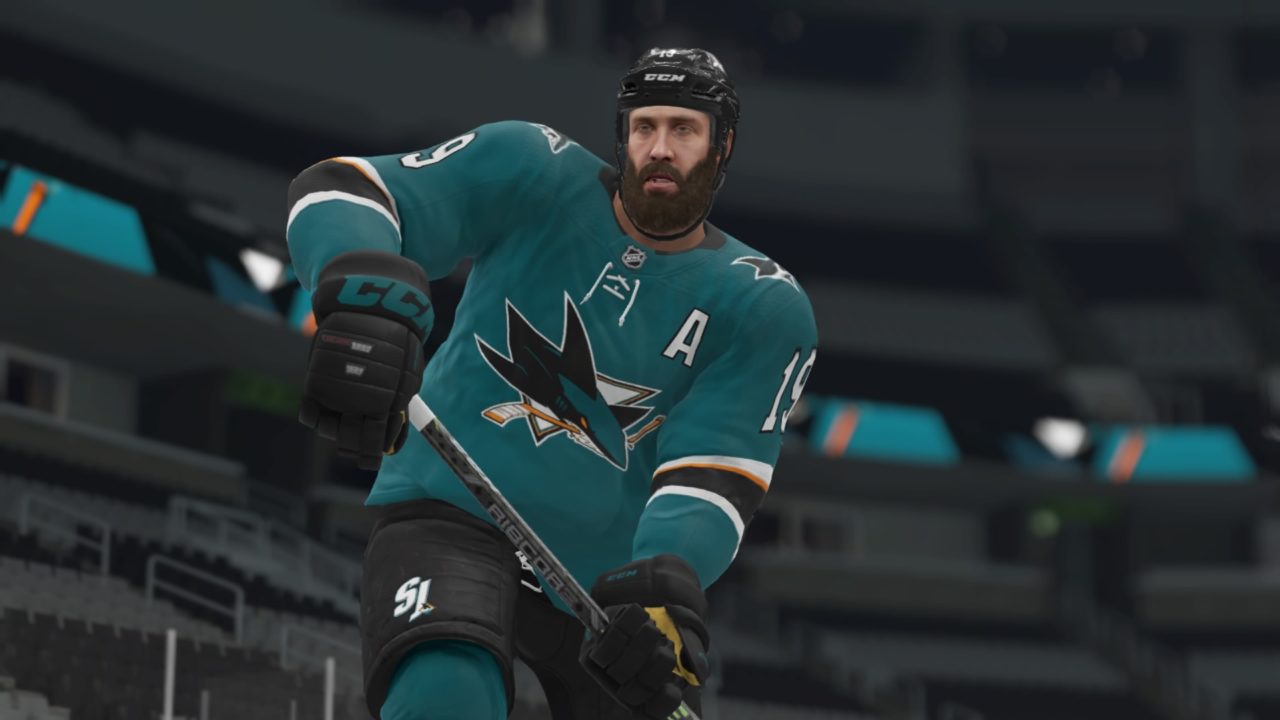 Joe Thornton – While other veterans Patrick Marleau and Ilya Kovalchuk will get their respective shots at their first Stanley Cup, Joe Thornton decided to stay put in San Jose. Thornton has spent the past 15 seasons with the Sharks. The 40-year-old veteran of 1,628 NHL games has the seventh most assists and 14th most points in NHL history. Sharks GM Doug Wilson would have granted his wish to leave if Thornton had made it, but the star center has shown little desire to leave the Bay Area during his sometimes-tumultuous time there. Supposedly, there was interest in Thornton from 3-4 teams, however it’s not believed that they were elite Stanley Cup contending teams so Thornton stayed put. So, no full-circle storybook ending with the Boston Bruins and no reunion with “Little Joe” Pavelski in Dallas, which were both rumored to be potential landing spots for Jumbo Joe.

Florida Panthers – After making some big and expensive moves this past offseason — most notably signing free agent goaltender Sergei Bobrovsky to a seven-year, $70 million dollar contract — the Panthers currently sit just two points out of third place in their division. However, it appears that they’ve given up on this season? The Panthers’ success post All-Star break has been extremely limited. Florida has lost 9 of their last 13 games since the break, and since their lone notable deadline deal sent center Vincent Trocheck to Carolina for a serviceable but limited return, it’s likely that the rest of their season might not get much better.

New York Islanders – No doubt that the Islanders’ GM grossly overpaid to acquire Jean-Gabriel Pageau from Ottawa, who could be just a flash in the pan thanks to a wildly high shooting percentage. The Islanders gave up two picks, and possibly even a third. Also, Lamoriello then extended the potential hurt by signing Pageau to a contract extension for six years at a $5 million cap hit. Jean-Gabriel Pageau is a career average 30 point per season guy and has never scored 20 goals before entering this season. I am a Pageau fan as he does many different things very well, but the draft picks they gave up combined with the $5 million cap hit for a 30-point player leaves me believing the Islanders will regret this one.

Who are some of your winners and losers? Who do you think pulled off the best trade? Did any trades leave you scratching your head?