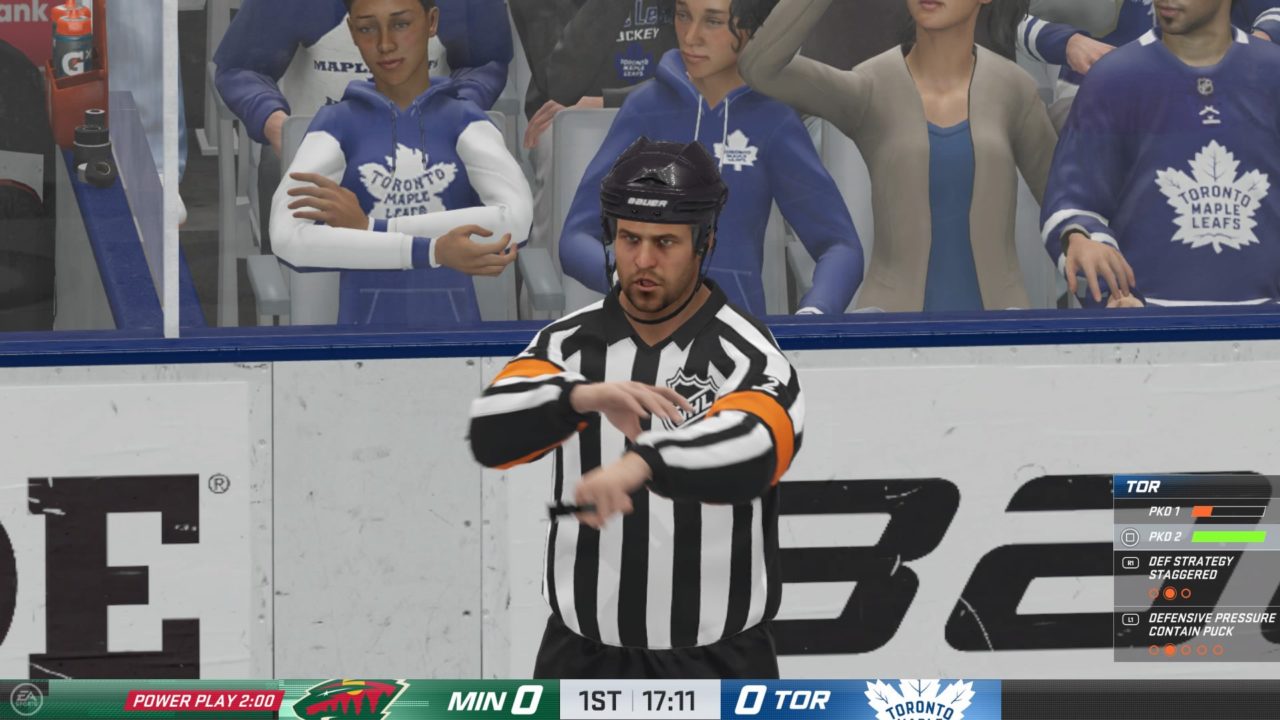 Now that NHL 20 has been out for a couple of months, I have noticed some odd and frustrating things here and there. These oddities, while some new and some unfortunately very old, drag down the gaming experience, I would deem these things as pet peeves. We could talk about the overall AI or misgivings with some of the modes, but that’s too grand in scope in this case. Instead, what I want to talk about are smaller things that irritate me game to game.

Furthermore, long-time fans are all to familiar with the gameplay and AI issues this series has tripped over during the last several years, and it’s not really fun to talk about them right now. On top of that, sometimes it’s the smallest things that upset you the most.

So, instead I will be releasing (in no particular order) my list of NHL 20 pet peeves. This list won’t include any gameplay or AI-specific gripes, but it will more or less discuss some of the smaller things the NHL series could benefit from changing to enhance the overall gaming experience.

The Linesman Not Actually Breaking Up Fights 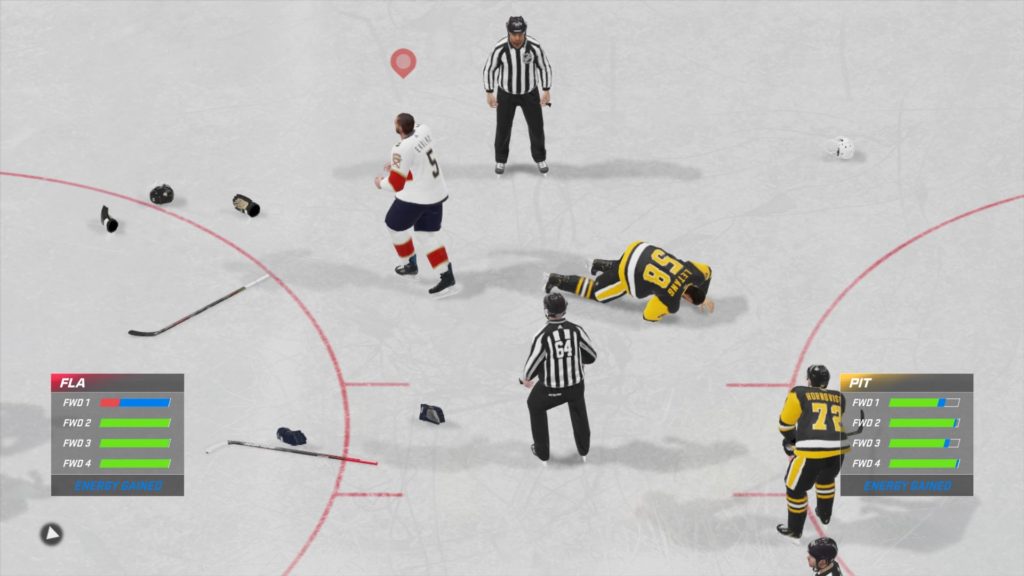 I don’t know if there is anything more deflating than watching the two linesmen hover over the two combatants post-fight while making some weird awkward arm movements. Almost immediately after a knockdown of my opponent, I celebrate, feel a jolt of adrenaline, and see that my team has gained momentum. This is followed by an immediate letdown when the weird hovering linesman does not break up the fight. It is almost like a punch in the gut — pun intended.

While still a controversial topic — should they or shouldn’t they allow fighting — fighting in the NHL has been slowly phased out over the last several years. Gone are the days of staged fights and fourth line “goons” who are only out to patrol the ice and incite a riot. That NHL doesn’t exist anymore when it comes to fisticuffs. In the 2018-2019 season, the NHL actually had fewer than 200 games with a fighting major, marking the first time in the modern era that the total number of fights dipped that low. Today, the fourth liners are cost-efficient skill players instead of goons, and staged fights are a rarity without those enforcers of the past on the rosters.

Some eye-popping numbers below are evidence that we may be witnessing the last few years of fighting in the NHL:

All of this is happening in an era of unprecedented awareness of player safety and health concerns, specifically when it comes to concussions, Chronic Traumatic Encephalopathy (CTE) and the effects of injuries that it has on a player’s life well after retirement. As the hockey community continues to appreciate that head impacts can have significant long-term consequences, It seems very likely to expect the number of fights to continue to decline and perhaps eventually completely disappear from the game altogether.

However, with all of that being said, I do continue to believe that fighting in a certain context is still one of the more exciting moments you’ll witness in a game — but that’s a topic for another day.

BOTTOM LINE: Fighting is still a part of the NHL, albeit at a much lower frequency than a decade ago, and it is also still obviously in the EA NHL series. So if you have something that is a part of the game, you might as well get it correct or try to replicate the real product, right? Couldn’t EA just use some form of the five-man goal celebration animation to fix this awkwardness?

In A Shootout, The Opposing Goalie Vanishes 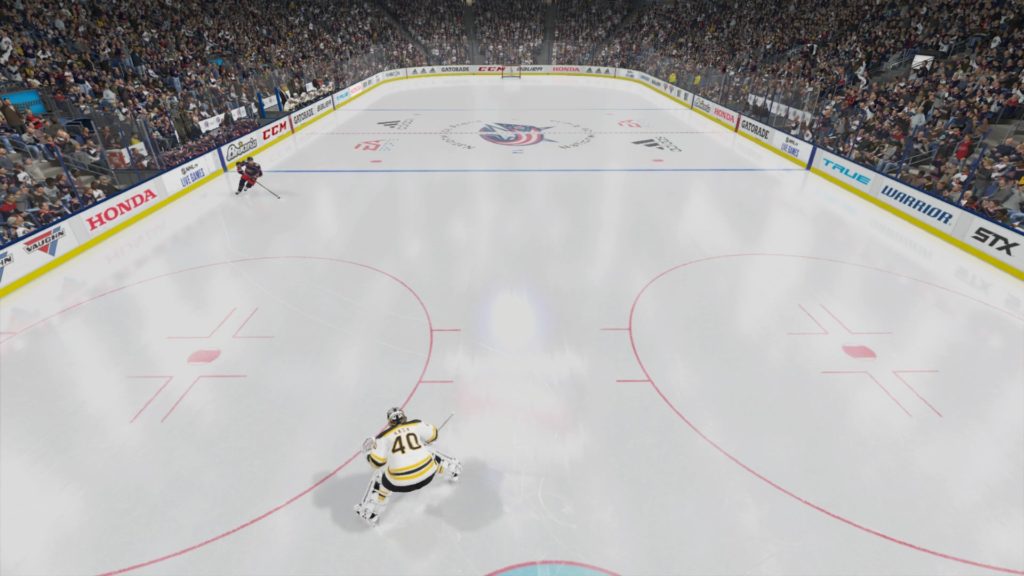 Another love it or hate it topic is the shootout/”skills competition” deciding the fate of winning or losing in an NHL regular season game. The shootout is an exciting showcase of skill that brings crowds to their feet. There is no denying that a breakaway is the most exciting play in hockey. Heck, you can even include the penalty shot as well.

Well, in NHL 20 a sense of nervousness creeps into your mind and adrenaline rushes through your veins, then you look up and see not a soul at the other end of the ice. Buzzkill.

History Of The Shootout

Early in the history of the NHL, ties after regulation play were decided in a 10-minute overtime period, but that changed in 1942 when the overtime was eliminated and games ended in ties. In 1983, the NHL added a five-minute overtime period, but if the game was still tied after overtime, it remained tied. Beginning with the 2005-06 season, the NHL implemented the shootout to determine a winner in regular season games.

In a separate effort, the NHL changed its rules beginning in 1999 to give a point to each team if the game was tied after regulation. The eventual winner gets an additional point. In games that don’t go into overtime, the winner gets two points and the loser gets none. The league hoped this change would reduce the number of ties.

The Case For The Shootout

Supporters of the shootout as a tiebreaker cite the following as reasons the shootout should remain a part of the NHL:

The Case Against The Shootout

While the supporters ultimately have seen their opinion become reality, those against the use of the shootout have their reasons as well:

In my opinion, despite the fact that it is a entertaining one-on-one battle between the goalie and a shooter, the shootout lacks the same excitement and thrill that a breakaway or penalty shot creates. With that in mind, it feels like a cheap-ish type of victory or defeat. Does everything have to be decided? What is wrong with a tie?

BOTTOM LINE: The shootout is meant to be an exciting and tension-filled moment, not a Where’s Waldo moment searching for the other goalie. Sometimes in the NHL goalies will head to the bench in-between shots, but to not have the goalie anywhere on the ice seems awfully strange and stupid (for lack of a better word). It doesn’t seem like this would be an extremely complicated issue to fix for EA, so it comes off as more of an oversight or lack of caring about the details. This may be a small gripe, but I feel like it would just add to the gaming experience.

What are some of the strange things that you have noticed during your time with NHL 20? Let us know in the comments below and look out as we continue this series.