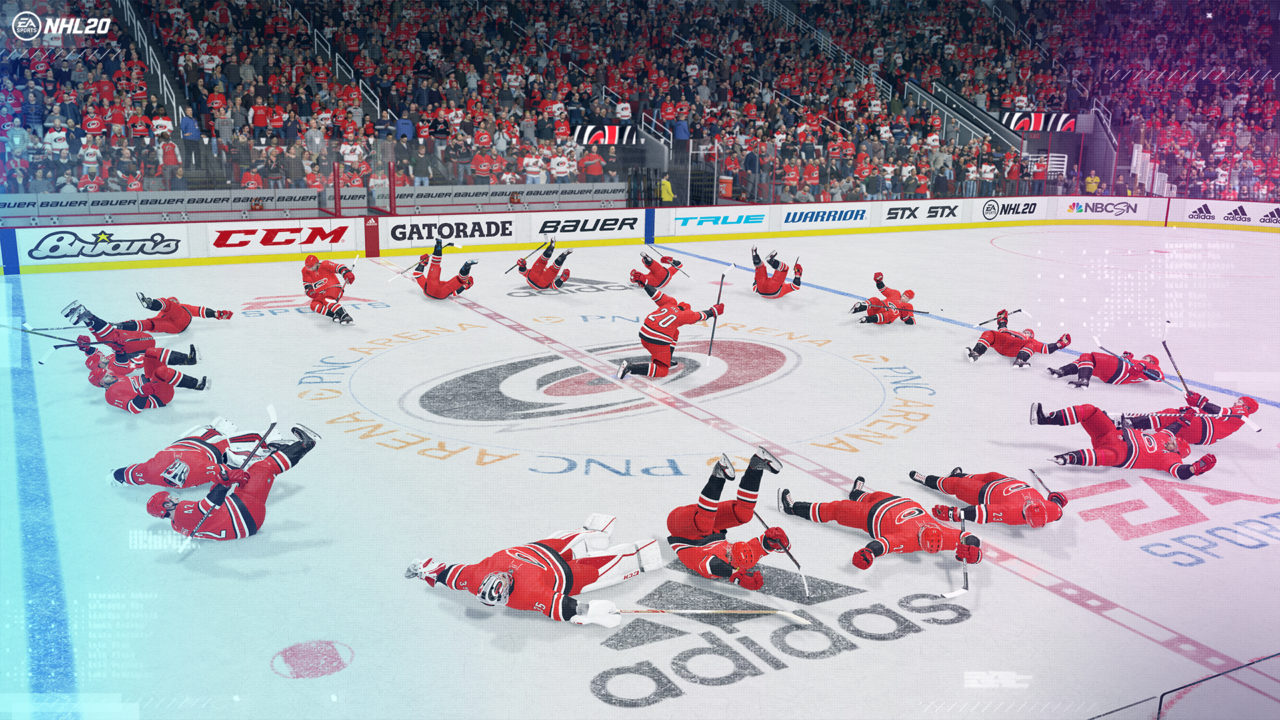 Game Informer has posted quite a few more details on NHL 20, including a new commentary team. Doc Emrick and Eddie Olzyck have been replaced by James Cybulski, a local Vancouver radio personality, who takes over the play-by-play, along with Ray Ferraro as the color commentator. Some games will feature guest commentators like Don Cherry, Wayne Gretzky, Drake and Chance the Rapper (let’s do that hockey).

NHL 20 also added 400 new save animations for goalies, which should cut down on some of those soft shots and cheap rebound goals. Goalies will also recognize secondary threats…

…goalies are also better at identifying secondary threats. If a shot is coming in from one side and another forward is moving into position for a rebound, the goalie will take note of the second attacker and deliberately redirect the puck into a corner and out of danger using their stick or blocker, where the defender has a better chance of gaining possession.

The Game Informer article has so many details, including information on Coaching Carousels, Trade Finder, new line chemistry system and so much more. Make sure to give it a read.