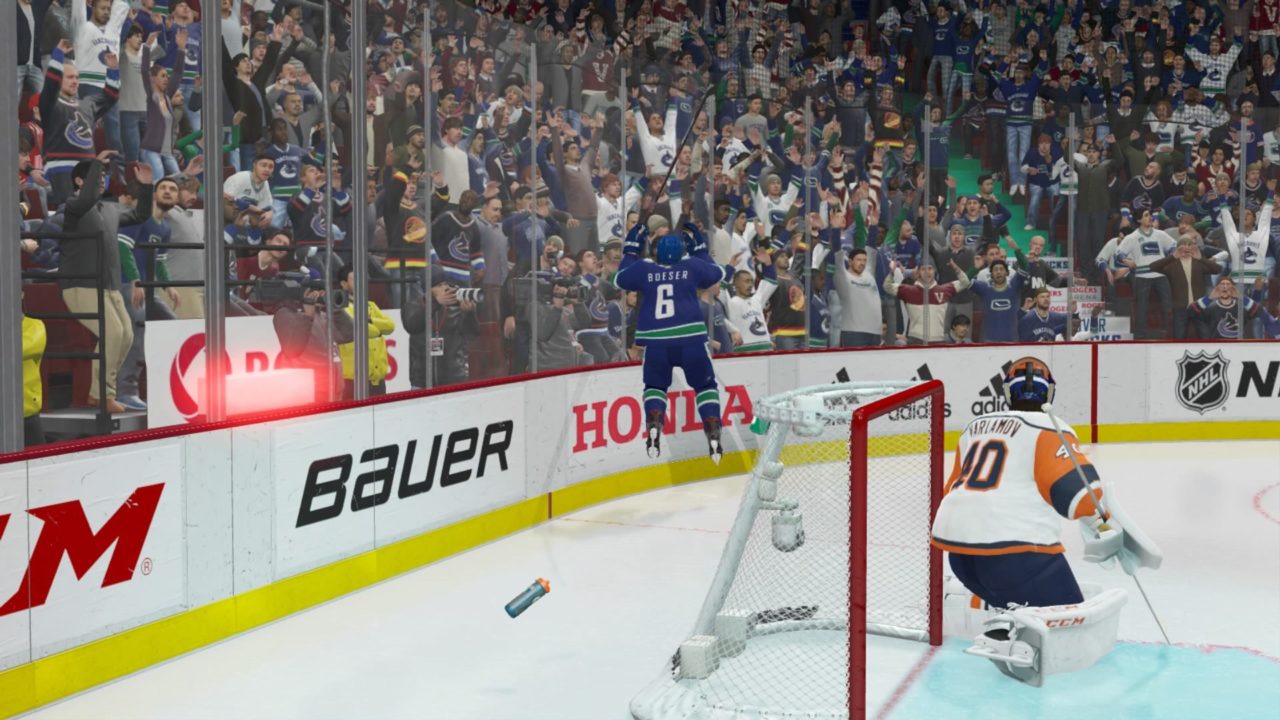 EA’s annual hockey release, NHL 20, is a good game and a somewhat decent simulation of NHL hockey, but it most certainly isn’t quite fine-tuned enough in all aspects of the game. However, like most sports titles over the last several years, the in-game slider settings have become an increasingly crucial and useful in-game tool for people. Now, the sight of all these sliders and options at your disposal can be overwhelming for many, but the perfect slider settings — depending on what you’re looking for — can help to create the most realistic or unrealistic gameplay experience possible. For the last few years, EA Sports has included the ability to customize skill levels, how frequently penalties are called and even how fast the game plays. So the real question is can all these slider options help NHL 20 in mimicking the real product?

The self-evident answer to the above question is obviously no, right? I mean after all this is a video game so of course it cannot and will not emphatically imitate the energetic aggressiveness, the dynamic agility, or the excitement and anxiousness of its real life counterpart. That in itself though I believe is understandable, and I think most gamers grasp the fact that a video game isn’t going to be able to mimic the split-second decision making that you regularly see from world class athletes. Having said that, what I believe gamers do want is the ability to feel like they are the ones making the calls, plays, decisions. They do not want to feel like they are just controlling a robot — I mean player — whose choices and outcomes have already been predetermined.

Creativity is the ingredient I feel is most important to any game, but it’s even more vital in major sports games. However, it’s important to manage the balance between creativity and staying realistic. Yes, being able to have your skater lasso an opponent like Dwayne Robertson from The Mighty Ducks is wildly creative but not in the slightest way realistic, although it is ridiculously hilarious. Furthermore, the desire for creativity isn’t just limited to gameplay either. One of the biggest requested features for the last several years in the NHL series has been to add the inclusion of roster sharing — but I digress. To put things simply, having the ability to be creative is gratifying and entertaining. So, is there a right set of slider settings to achieve more realistic results? Let’s find out.

Like every year, according to your skill level, you can play on said skill level. I choose to play on Superstar difficulty. I also set the CPU Difficulty Adjustment at its highest level to make it more challenging. Additionally, I play the game set on 8 minute periods to get the most realistic stats possible. Any longer period length and you start to see consistently high game totals in shots and hits.

Below are some notes on a few of the big settings changes in an effort to achieve more realistic stats.

First, my biggest goal was to try and get away from the run and gun, up and down, back and forth, arcade-like game style that is the standard in NHL 20 (and basically every iteration before). In order to try and get away from the arcade style of gameplay, “game speed” was the first setting I adjusted and turned all the way down to zero. In slowing down the overall game speed, I actually did feel it allowed for better RPM skating and usage of the open ice. Additionally, it allowed the user/CPU to be more disciplined than before on defense, which in turn made passing a bit more of a challenge, allowed fewer shots to make it to the net due to better defensive positioning, and resulted in more blocked and deflected shots.

Attribute Effects – The impact attributes have on your players seemed like the next obvious setting to tweak. I maxed out attribute effects 10/10 in an effort to achieve player differentiation/separation. I can’t say for sure that this change in setting had zero effect on the gameplay, but if it did, it was certainly very minimal and went without notice. However, what was very noticeable was during some breakaways and most shootouts the CPU player would just skate into the goalie or into a goalie poke check despite having a high breakaway attribute.

Passing – I set passing to manual but pass assist was set to 90/100. I do feel like the increase to 90 was evident in gameplay and had a positive effect in adding more realism. Additionally, as mentioned above, the decrease in Game Speed allowed the user/CPU to be more disciplined than before on defense, which in turn made passing a bit more of a challenge. So, despite the almost perfect passing slider setting, passing wasn’t automatically successful. Pass Interceptions were also increased to 90/100.

Aggression – This was increased for both Human and CPU. Human was set to 90/100 and CPU was set to 85/100. This was another slider setting change that I thought had a positive impact on the gameplay. The big increases in Aggression led to both CPU and CPU teammate defenders actually stepping up and challenging the puck carries. On the lower Aggression settings, defenders would just concede ice and continue to back skate, allowing the puck carrier to do whatever he wanted.

Goalie Cross Crease Reaction Time – This slider was increased for both Human and CPU. Both were set to 85/100. Anyone who has played this series for the last several years knows there is one “money” way to score goals and that is with the cross crease pass. By increasing both the Human and CPU to 85, it allowed goalies to do a better job of getting over to make those stops more often. Cross crease goals would still happen but they were not as rampant. Again, as mentioned above, the decrease in Game Speed allowed the user/CPU to be more disciplined and better positioned than before on defense.

I do believe that some of the slider settings, if set correctly, can help to better achieve a more realistic feel and better results. However, there is only so much of a difference it can make. The main issues here with the NHL franchise are the AI/lack of creative options while trying to create on the ice, and a lack of player differentiation/separation. EA is making strides and the NHL franchise is becoming more enjoyable to play, but those two big issues are holding the game back despite adjusted slider settings.

What are some of your thoughts on slider settings in the NHL franchise? What settings are everyone playing on to achieve more realistic results?

Operation Sports NHL 20 Simulation Predicts the Stanley Cup Winner Will Be...
An Overview of the World of CHEL