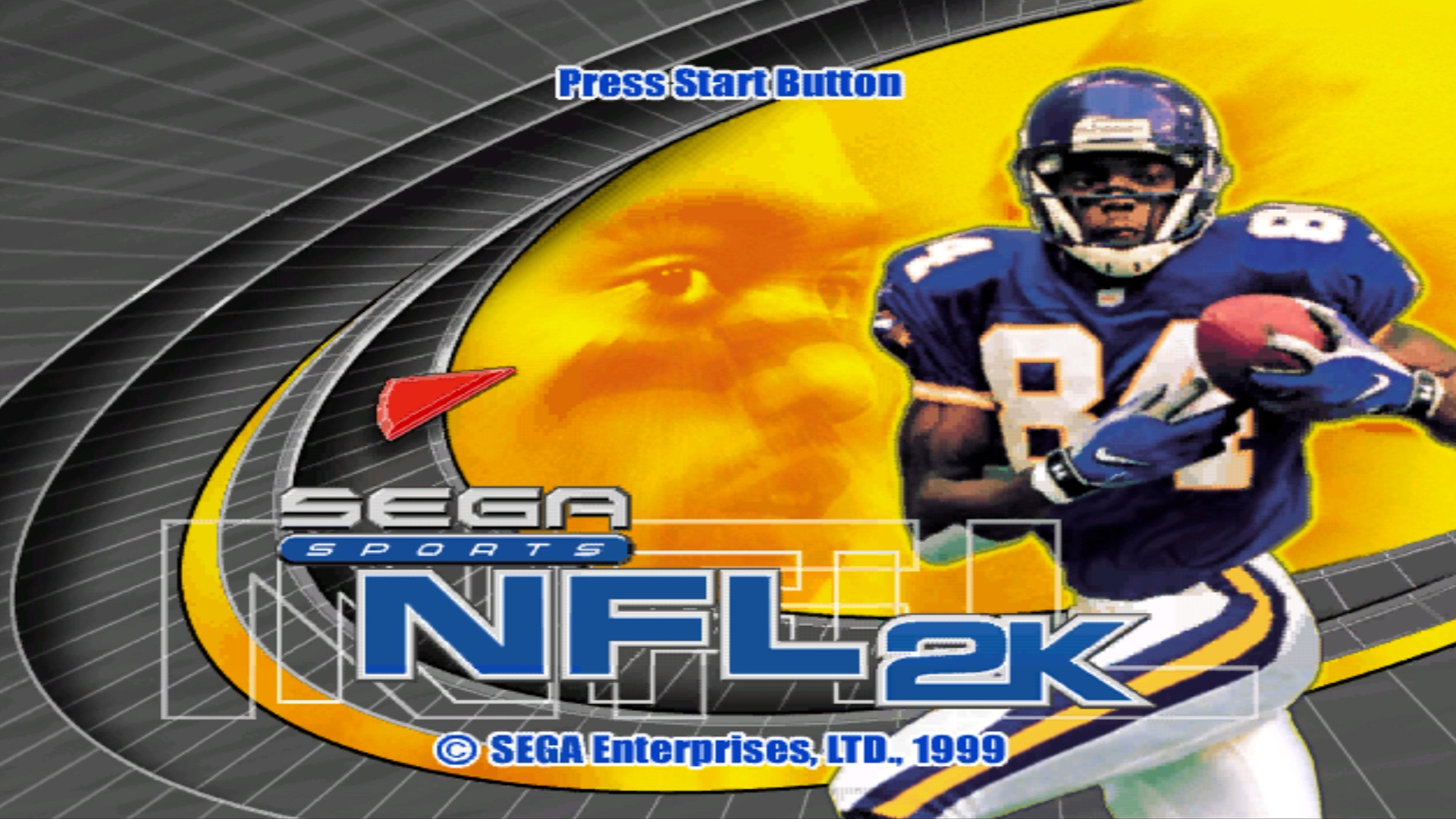 I have chatted about Madden 2001 and NBA 2K14 so far this week, and now we come to NFL 2K retrospective. When it comes to important console launch sports games, there might not be one more crucial than NFL 2K. Released back in 1999, this was such an important moment at the time as the Dreamcast launched before the PS2 and thus this was the first look at “next-gen” football. I remember going to a friend’s house at the time and not believing what I was seeing when he booted up NFL 2K. Presentation, graphics, gameplay, it was like watching a game on TV for real.

Madden 2001 would look better than NFL 2K a year later (the PS2 was simply more powerful) but the things NFL 2K showed off at launch were futuristic in a way that really made me feel like we had moved into a different era for sports games.

The graphics had a very Blitz-like feel to them in that they were still blocky and cartoon-like in some respects, but these were still a huge step up from the PlayStation 1 era. On top of that, NFL 2K did not quite have that sleek ESPN presentation yet, but it still was a huge presentation upgrade when factoring in the robust commentary for its time. The blocky graphics do not feel as out of place now because the tackling animations also have some body-slam qualities to them, which makes the aesthetics feel more at home as being slightly on the arcade side.

The big issue that held NFL 2K back at the time was a lack of franchise mode. Franchise modes as a whole were still a novel concept, but going back and playing 2K now, it does stand out to me. There was a season mode and playoffs, but there was no way to play more than one season in NFL 2K.

But that issue aside, so many other things could be overlooked because the gameplay here was so crazy in a ton of ways. There were branching tackles — not quite gang tackling yet — inaccurate throws, actual pockets formed around the QB, and things like 50-50 balls that led to pass interference calls and in-air collisions just looked real.

Even when Madden 2001 came out a year later, a lot of the appeal of the graphics there came from just the sheer number of polygons and real emotions showing up on a player’s face. But with 2K, it was more about animation variety and dynamic situations playing out during a play.

NFL 2K could still feel limiting at times — especially going back to it now — because the playbooks were not that diverse yet on offense or defense, but again, a lot of the flaws could be overlooked because it was just so far ahead of everything else that had ever come out at the time. You just didn’t see gameplay situations like a player being nailed as he tries to dive over a pile in any other game at the time.

Another key to NFL 2K feeling so unique was the “maximum passing” system in place. Passing overall could feel floaty at times (arguably an issue in the 2K series throughout its history), but you had a lot of control over your passes with the analog stick. So you could lead a receiver, throw behind him and so on. It’s very much like the system we would see in many other football games down the line, but it felt very next gen at the time and holds up well even today.

With this passing system, it made it so I really did not want to run the ball very often. This was probably for the best anyway because it was actually hard to break off big-time runs in NFL 2K. Besides, dropping passes in between defenders in the secondary was just a massive dopamine hit when compared to breaking off a basic long run.

Something else that made NFL 2K impressive on the field was the responsiveness. It’s fair to say “usering” would start to take center stage in Madden in the future, but NFL 2K was originally more responsive in this area. It felt very clean to switch on to the closest defender or switch to a receiver and try to go and make a play in the air. So even though tapping a button to speed burst or charge up a move was a foreign concept in some regards, moving around felt super responsive. There were not a lot of moves you could do yet as a defensive lineman or as a running back, so both Madden and NFL 2K would expand much more here as we moved into the 2000s. 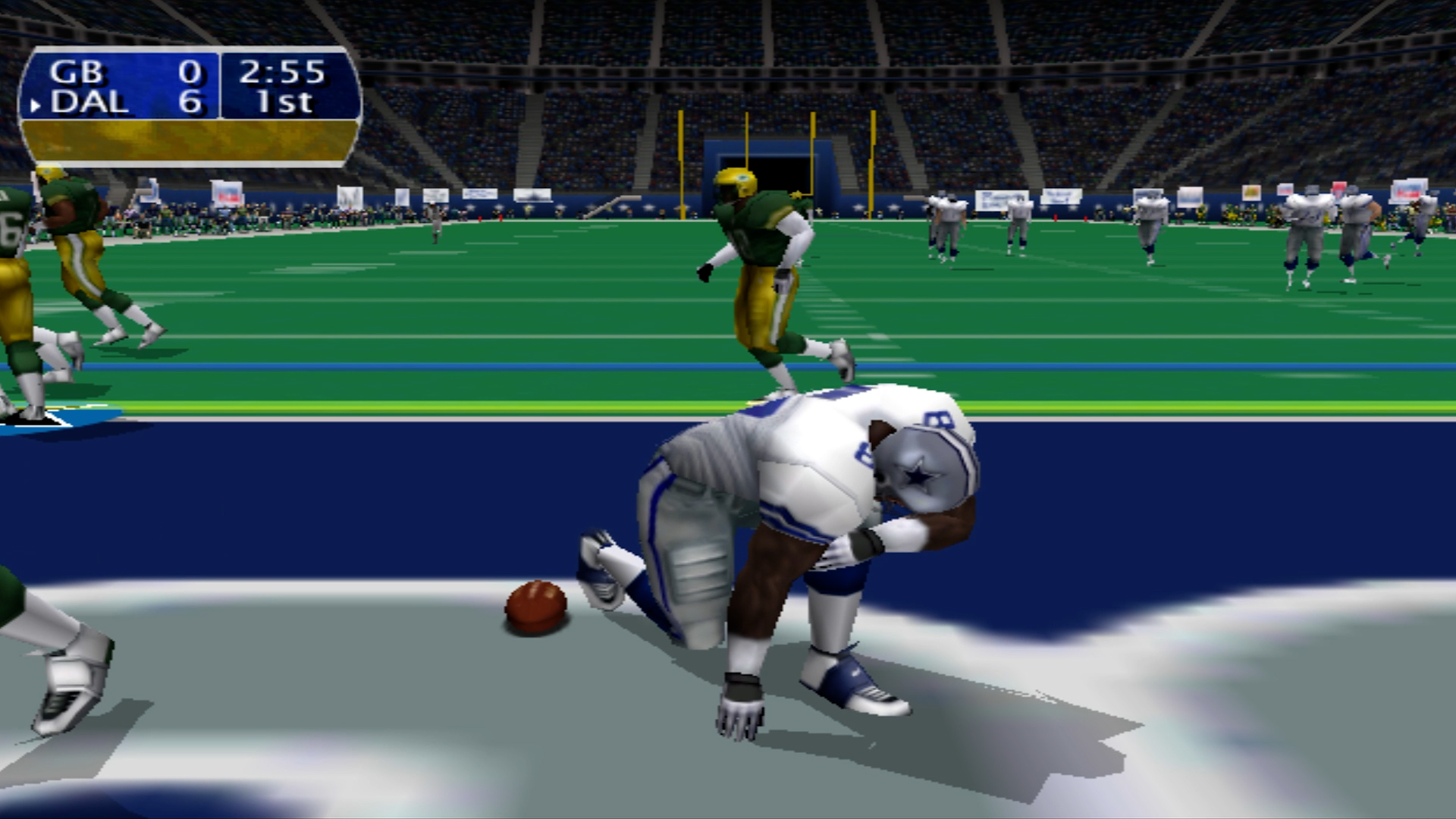 Again, though, the only major issue here was no franchise mode. Things like online play would quickly become norms as well, but not having a deep single-player mode was a flaw here at launch. The playoffs mode was quite in-depth for what it was, and the TV-style presentation (for the time) did make the playoff games feel important. And I don’t want to overlook the presentation here, even if it was not the ESPN years quite yet, because it was game changing. The commentary was incredible, the TV-style replays were nuts, and there were a ton of celebrations and camera cuts that just made it feel like a real broadcast. 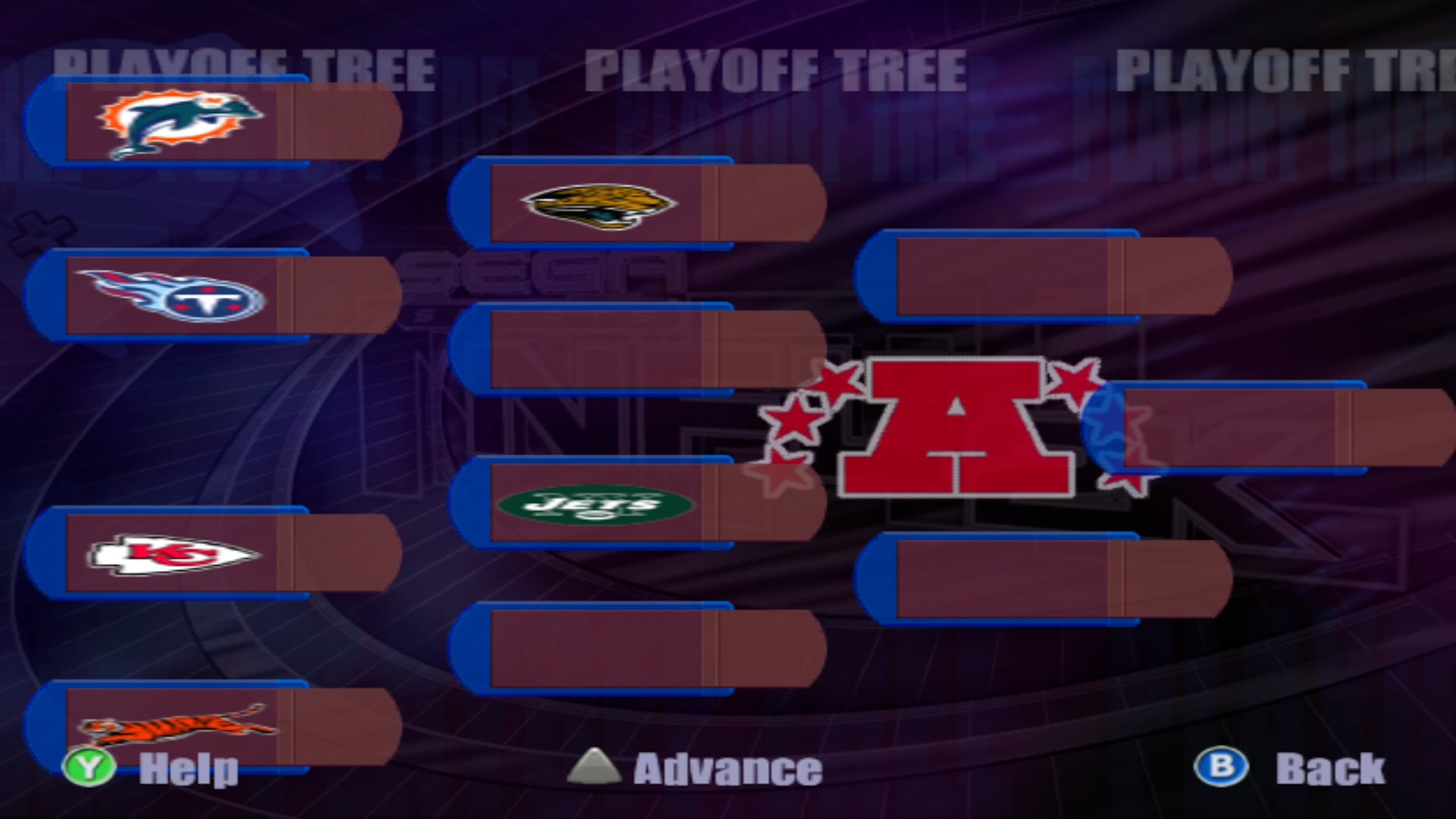 Going back to NFL 2K this week was a blast. I played it much longer than I needed to because it still holds up. It’s in no way my favorite NFL 2K game, but it shows the promise of what was to come in so many ways. I have not been ranking these launch games, rather just putting them in a general “best” bucket, but I don’t think it’s outlandish to say this was one of the most important console launch games ever — regardless of genre. It created a brand for Sega that helped fill the void left by EA Sports shunning the Dreamcast, and it created a series that, to this day, is remembered fondly for a multitude of reasons.