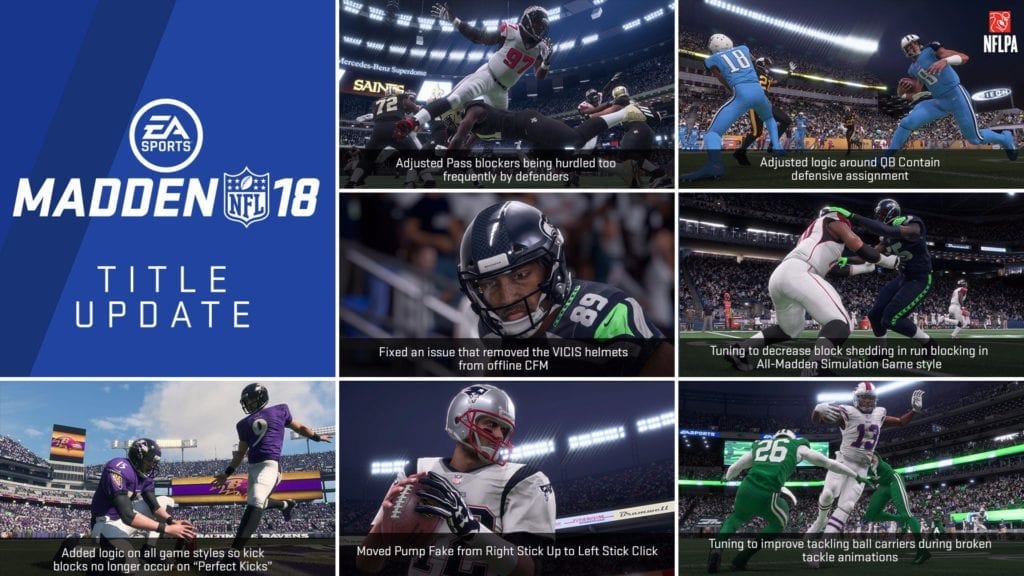 Another Madden NFL 18 title update has arrived today, check out the patch notes below and let us know what you’re seeing!

The team is aware of an issue in Franchise mode where users may experience lag during play call on PS4. We want our PS4 franchise players to know this issue is a top priority for our team, and we will do our best to get the issue resolved as soon as possible. We apologize for the inconvenience and thank you for your continued patience. Plus: