Beyond the modes, we have:

So, we know what is new and improved, so let’s find out if it was a worthy remaster.

Need For Speed Hot Pursuit Remastered Review – What I Like

There is something inherently fun about driving around in the fictitious Seacrest County, whether it is chasing down the criminals in a squad car or trying to ensure your freedom as you attempt to outrun the law. The controls haven’t really changed since the initial release, but the controls still hold up as well as they did on the first go around.

Hitting over 200 mph on a straightaway or utilizing the drift and speed burst option to nail a perfect corner feel extremely satisfying. It also still feels good to take out and ruin a rival or an officer’s vehicle by perfectly timing a sideswipe.

The controls took a bit before I felt like I had a full understanding of their contextual impact. It took me even longer to understand how each vehicle responded on the streets, and what their strengths and weaknesses were. Once I started to figure that out, and combine that with knowledge and experience of the course or sector I was racing, it was the turning point for my on-screen success.

Everyone’s approach and skills will be different when it comes to this remaster, but in the end, most should find a high level of enjoyment and engagement where what you do with the controller has a high impact on how the action unfolds onscreen.

The Graphical Update Does Matter

NFS: HP was a great looking game back when it came out a decade ago, but 10 years is still going to make a great looking game look more average today. The developers did a wonderful job bringing the game up to date in almost every way possible. There is not a single aspect of NFS: HP that looks dated or out of place, and that includes the cars, the environment, the crash sequences and the intro videos.

The presentation of the cars is every bit as detailed and wonderful looking as I remember it being — and maybe even more so now. Being able to show off the cars in intro videos and cutscenes is one thing, but seeing them in blazing action and spectacular crash sequences is quite another. Thankfully, they look just as brilliant in-game as they do in presentation form.

The environment that the game takes place in, Seacrest County, looks great and has a warmth and vibrancy while retaining a high level of attention to detail. Little things from road signs, road barriers, detailed buildings, tunnels, and bridges all look amazing and full of realistic tones and detail.

From the cars of the game to the minutia of your surroundings, NFS: HP looks and runs wonderfully on the PS4 Pro, and could easily pass for a late-gen release on the current systems.

One of the best parts about NFS: HP is the strategy the game asks you to employ. There are many options, and not all of them come in the form of “that seems like a good idea.” Some choices I made cost me time and cost me a chance at getting gold, while others were godsends and helped me easily achieve my goal for whatever was being asked of me.

The county is littered with shortcuts and different paths. Some will help, and some are so difficult to navigate at a high rate of speed that it cost me time and ruined my current attempt. There is no quick way to understand what works best at what time, other than constantly keeping an eye out for some hidden pathways and trying the route repeatedly.

Not only does strategy come into play when you are traversing the countryside, but it also becomes a huge factor when racing as an officer or even a driver. Each car is equipped with special options, and those options range from dropping spike strips to help escape the cops or capture the bad guys to calling in an aggressive helicopter to help assist you in the takedown.

Some of the available choices and options are harder to perform than others, and the situation will dictate what would work best. I highly suggest utilizing all the weapons you have in your arsenal as they will pay dividends and generally make your current attempt that much easier.

Need For Speed Hot Pursuit Review – What I Don’t Like

I found it hard to drop the controller and walk away from NFS, but that may not be the case for everyone. While there is some very nice variety to the game in terms of races, challenges, vehicles and more, as I mentioned previously, that is where it ends.

This holds true especially if you’re an offline player. There is no storyline, character arc or some sort of personal redemption that awaits. The closest you will come to anything like this is seeing your bounty rise to procure new vehicles or rising up through the ranks as an officer. 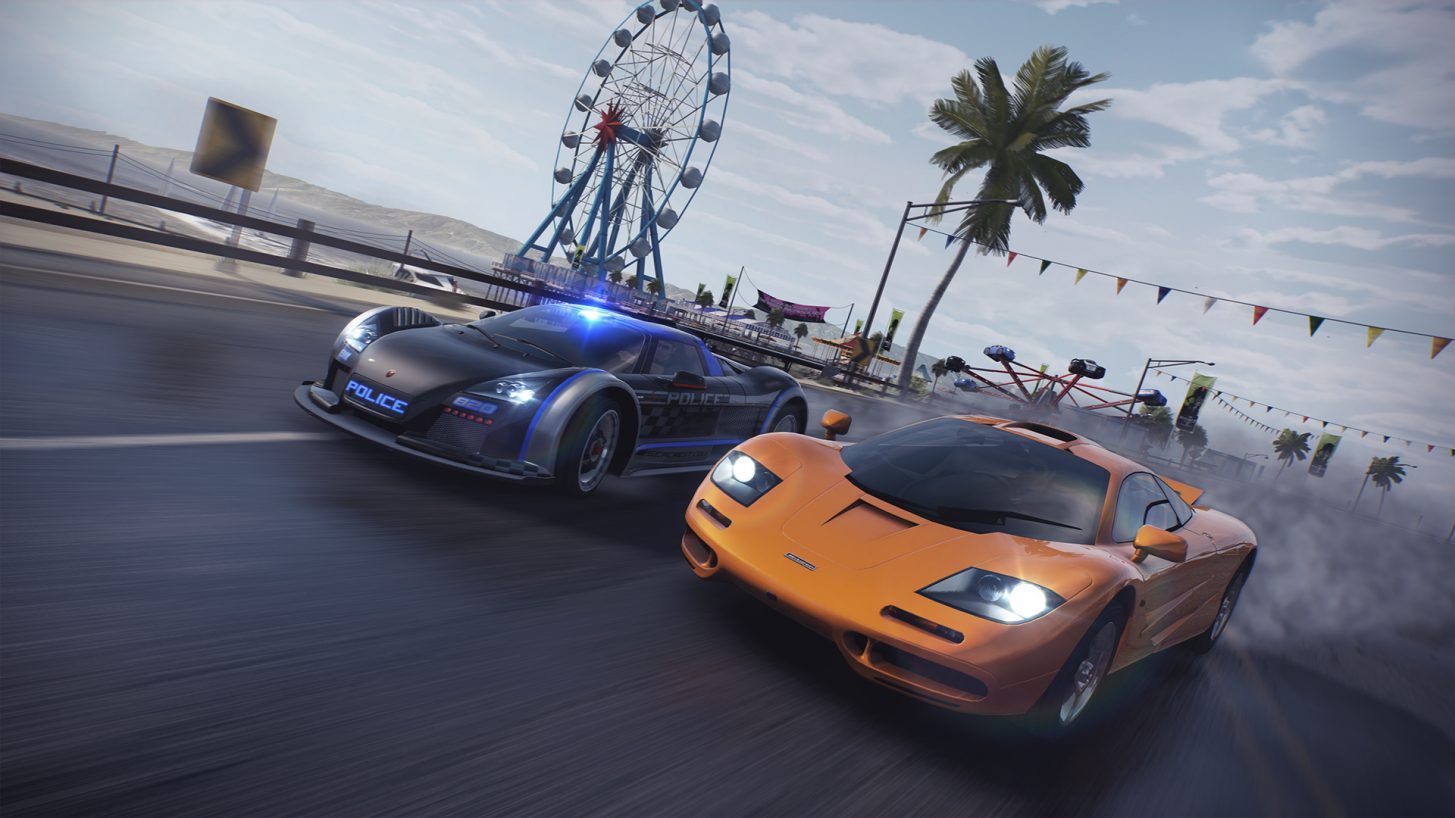 NFS: HP offers a lot of variety and fun, but for those who decide to take the plunge again or for the first time, there is a bit of repetitive linearity to the game in the single-player area.

Games like NFS: HP need rubber-banding, or AI racers that slow down or speed up based on what the player is doing during the current race or challenge. So this isn’t necessarily something that I hate about the game, but it is prevalent and very noticeable.

Sometimes the impact of the AI  is in your favor, sometimes it feels like the game is out to get you. Regardless, this is an “FYI” for those people who don’t remember the rubber-banding from the first release or for newcomers to the series.

If you enjoyed the original release of Need for Speed: Hot Pursuit, then picking up the remastered version is an easy call to make. The adrenaline-fueled racer has been updated to take advantage of the newer generation of systems, and it shows. There is a true addictive nature that NFS: HP delivers each time you hit the road in Seacrest County, and the sense of speed and accomplishment is as solid as ever.

As I mentioned previously, NFS isn’t incredibly deep and has no real storyline other than progression and automobile unlocks/rewards. However, if quick feverish races and takedowns are your thing (still), then adding NFS: HP is a must.