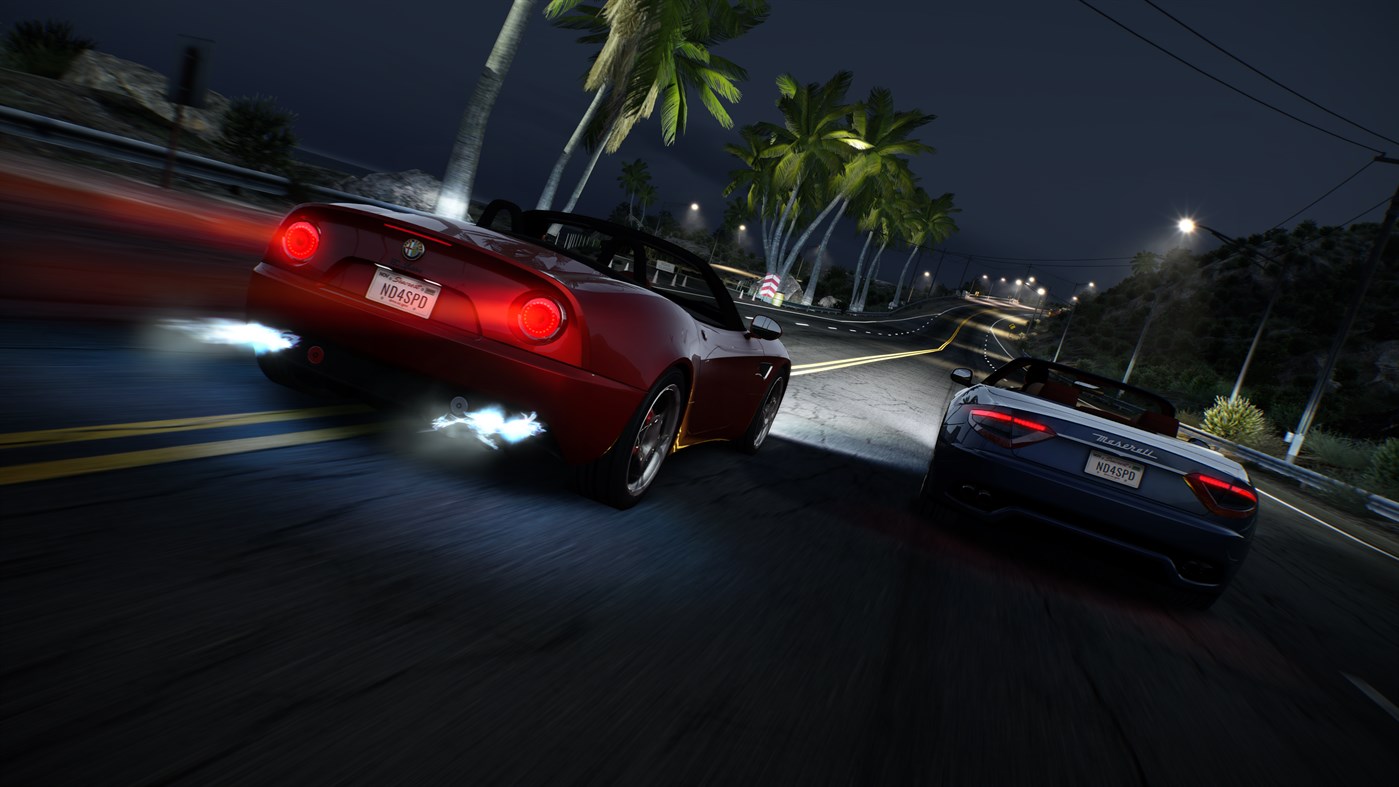 If you missed our Need For Speed Hot Pursuit Remastered review back in November, you can read it here.

NFS: HP was a great looking game back when it came out a decade ago, but 10 years is still going to make a great looking game look more average today. The developers did a wonderful job bringing the game up to date in almost every way possible. There is not a single aspect of NFS: HP that looks dated or out of place, and that includes the cars, the environment, the crash sequences and the intro videos.

Feel the thrill of the chase and the rush of escape in Need for Speed Hot Pursuit Remastered on PC. Unleash a savage sense of speed both as an outlaw and a cop in the world’s hottest high-performance cars. Outsmart the heat or take down lawbreakers with the tactical weaponry at your disposal in a heart-pumping, socially competitive racing experience. Updated with enhanced visuals, cross-platform multiplayer — including the asynchronous competition powered by Autolog — plus all additional main DLC, this is the ultimate edition of Criterion Games’ critically acclaimed Need for Speed debut. It’s time to reignite the pursuit.

Bolt down the winding Seacrest County roads headfirst in racing that is socially competitive at its core. The groundbreaking Autolog connects you and your friends in head-to-head pursuits and races and instinctively delivers challenges based on your friends’ activities. This highly dynamic system is fueled by friendly competition and is now supported with cross-platform sync and new multiplayer gameplay so you can race each other no matter what platform you’re on.

Get all the additional main DLC delivered at launch, including an extra 6 hours of gameplay and more than 30 challenges. Brand new achievements, wraps, car colors, reduced hard stops, an updated photo mode and gallery, and multiple quality-of-life updates create an even more well-rounded gameplay experience this time around.

Drive the world’s most desirable supercars on both sides of the law. Bust suspects in supercharged cop interceptors enhanced with tactical weaponry, or level the playing field with counterattacks and defensive maneuvers as an elite racer. Strategize to gain an edge over the competition, no matter what side you’re on!

A deep and fully defined single-player career delivers the action of both cops and racers, with a seamlessly linked multiplayer experience across all race modes. Take on friends or play through the career solo to earn Bounty and unlock new cars, weapons, and equipment.