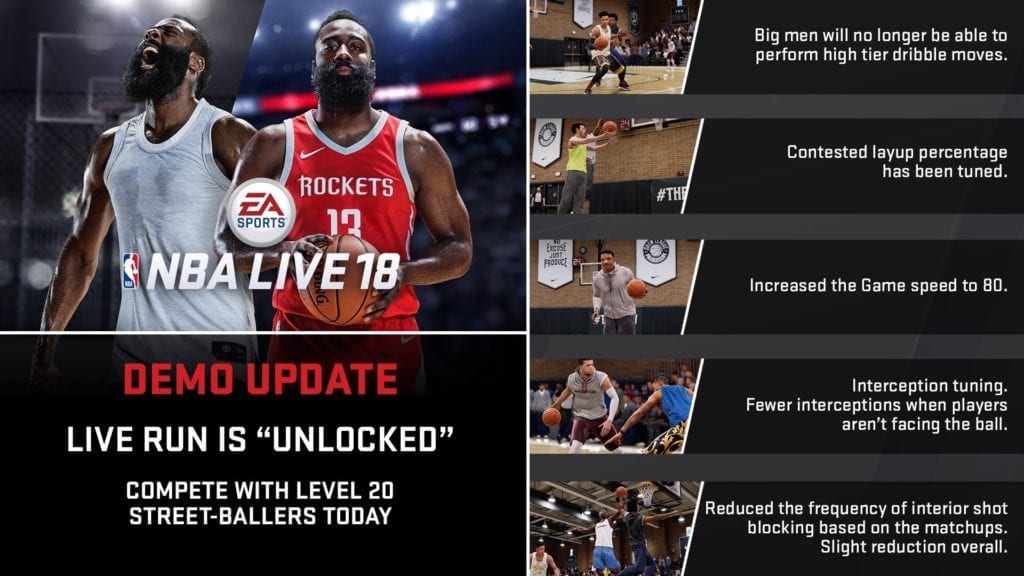 EA Sports has been releasing quite a few updates for their NBA Live 18 demo that launched on August 11. The most recent patch unlocks Live Run, so you can compete with other level 20 ballers, along with increasing the game speed to 80, big men not able to perform high tier dribble moves, interception tuning, along with some updates in the paint. Check out the details below and post your thoughts!