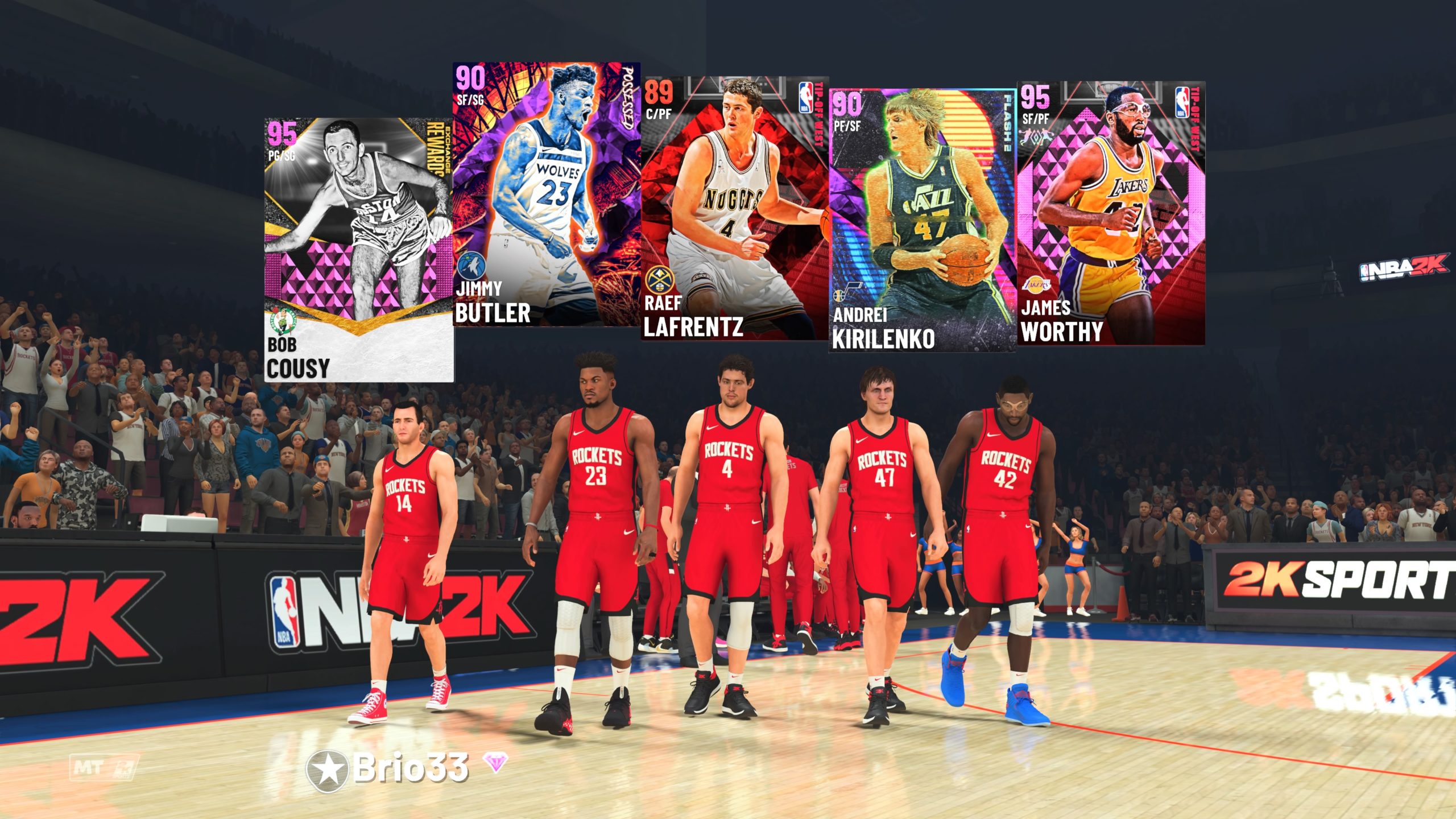 But, will it get me to give MyTeam another long look after a bit of a hiatus? Yes, most definitely. And the primary reason is simple.

I know a lot of people are excited about the visual upgrades to 2K21 that come with next gen, but honestly, I could not care less. Yeah, it will be neat to see more sweat on Zion, and to have a more detailed crowd, but those aren’t the reasons we really play.

We play because it’s (supposed to be) fun. 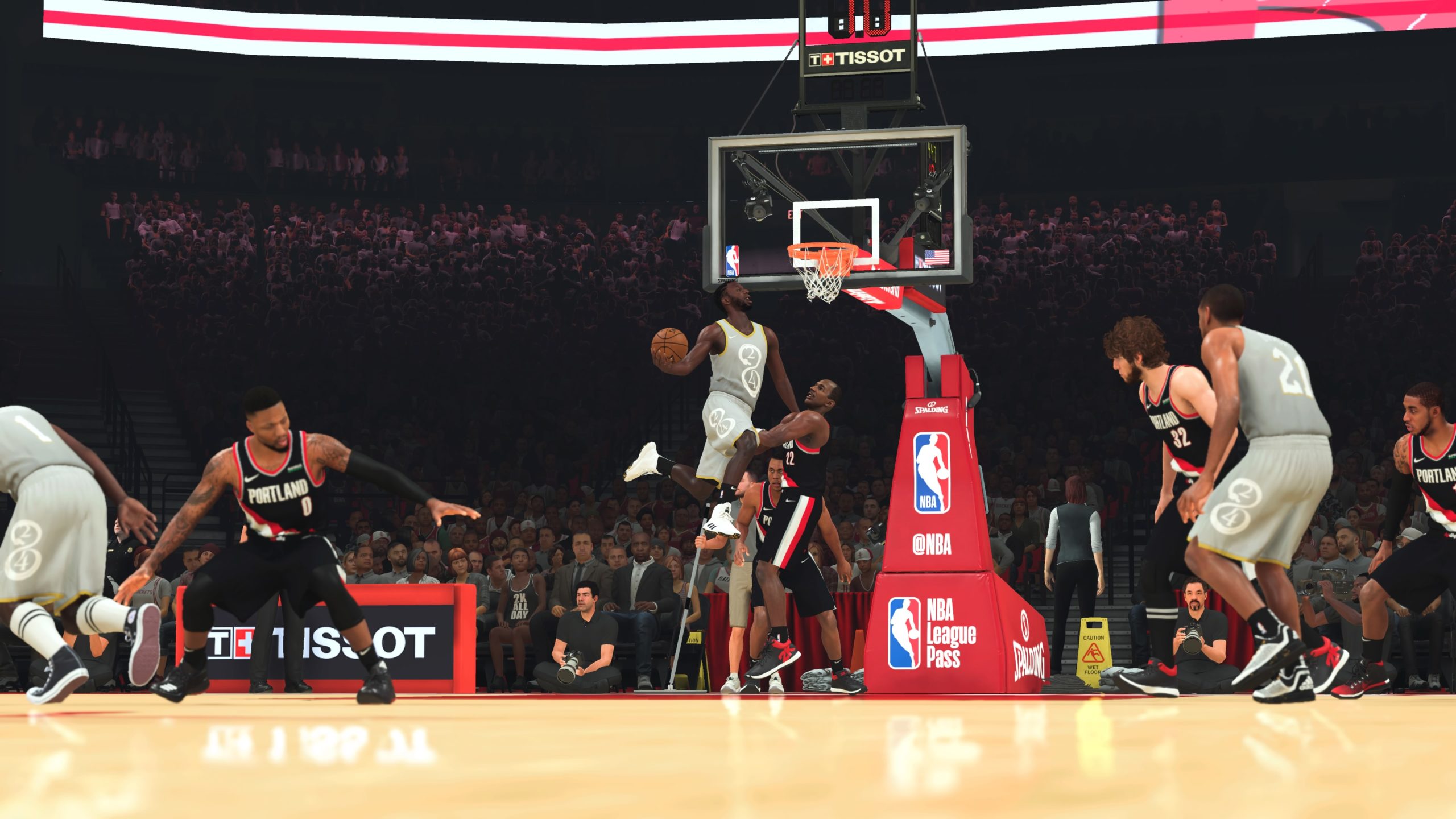 It was tough for me to get invested in MyTeam so far this year when there were so many issues and so much of a learning curve. But I did put in the time (at first) and gradually got better. I can make shots with the stick now, hooray for me! Overall though, the gameplay still frustrates me more times than I’d like to admit. This is even more true online because it has a mode (Limited) that I was really hoping to embrace this year, but it just hasn’t worked out so far.

So, even though the only things we have to go on for next-gen gameplay are a couple of blogs (1, 2 and 3) and videos, I’m hopeful that the upgrade will pull me back in.

I’m hopeful that my guys won’t slide around so much on defense and that AI teammates will stop leaving shooters open in the corner. I’m hopeful that online latency will be reduced, and that I can get through a game without tearing my hair out or being error-coded out. And I’m hopeful that the patches and feedback over the past couple of months will allow next-gen 2K21 to have its shooting situation ironed out from the jump. 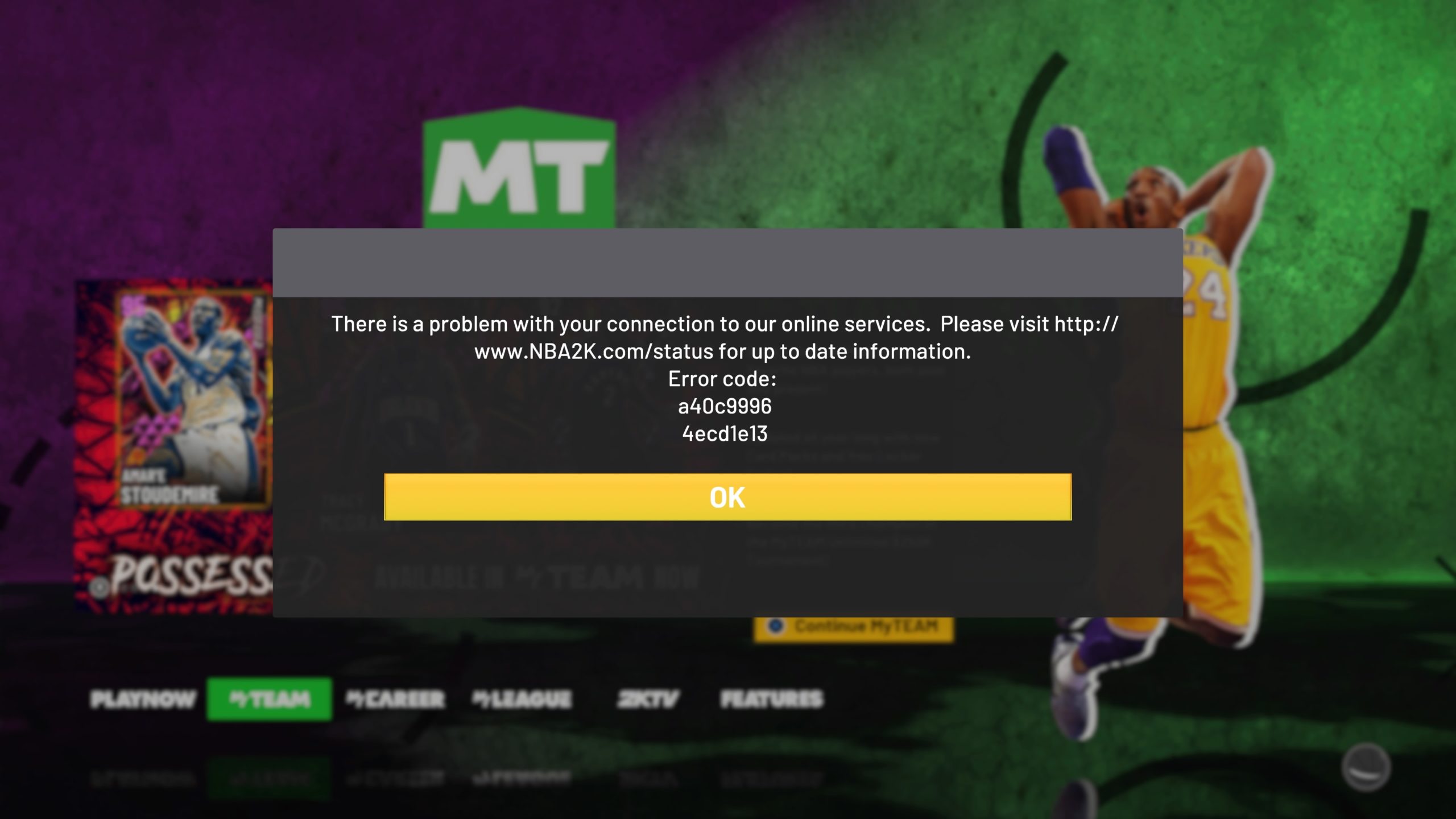 Before writing this article, I refreshed myself on the Courtside Reports linked above. Utilizing a bigger, more readable shot meter will go a long way towards helping I think, but that’s just the tip of iceberg. I won’t rehash everything, but it got me excited again. I’m going to carry this optimism into a few other areas of MyTeam that I hope will be addressed.

I don’t know much about how games are made, or how next-gen computing power actually works, but I can use that ignorance to my advantage. So let’s close our eyes and play a game of make-believe.

Maybe the reason that the rewards are so lacking overall is just that there’s not enough current-gen memory or power to render them (okay, even I know that sounds silly).

I remember early on in Season 1, we couldn’t even track agendas because it crashed the game. Maybe the XP amounts are so low because higher amounts would do the same. So hopefully NBA 2K21 next-gen MyTeam will have the juice to display more agendas with higher XP amounts. I’d like to be able to get my hands on Blake Griffin without making MyTeam a full-time job — please and thank you. I’m sure Steph is great, but I couldn’t come close to getting him last season. I actually set my sights a little lower (Scottie Pippen), and I eventually got him, but man, what a disappointing card that was not really worth the effort. 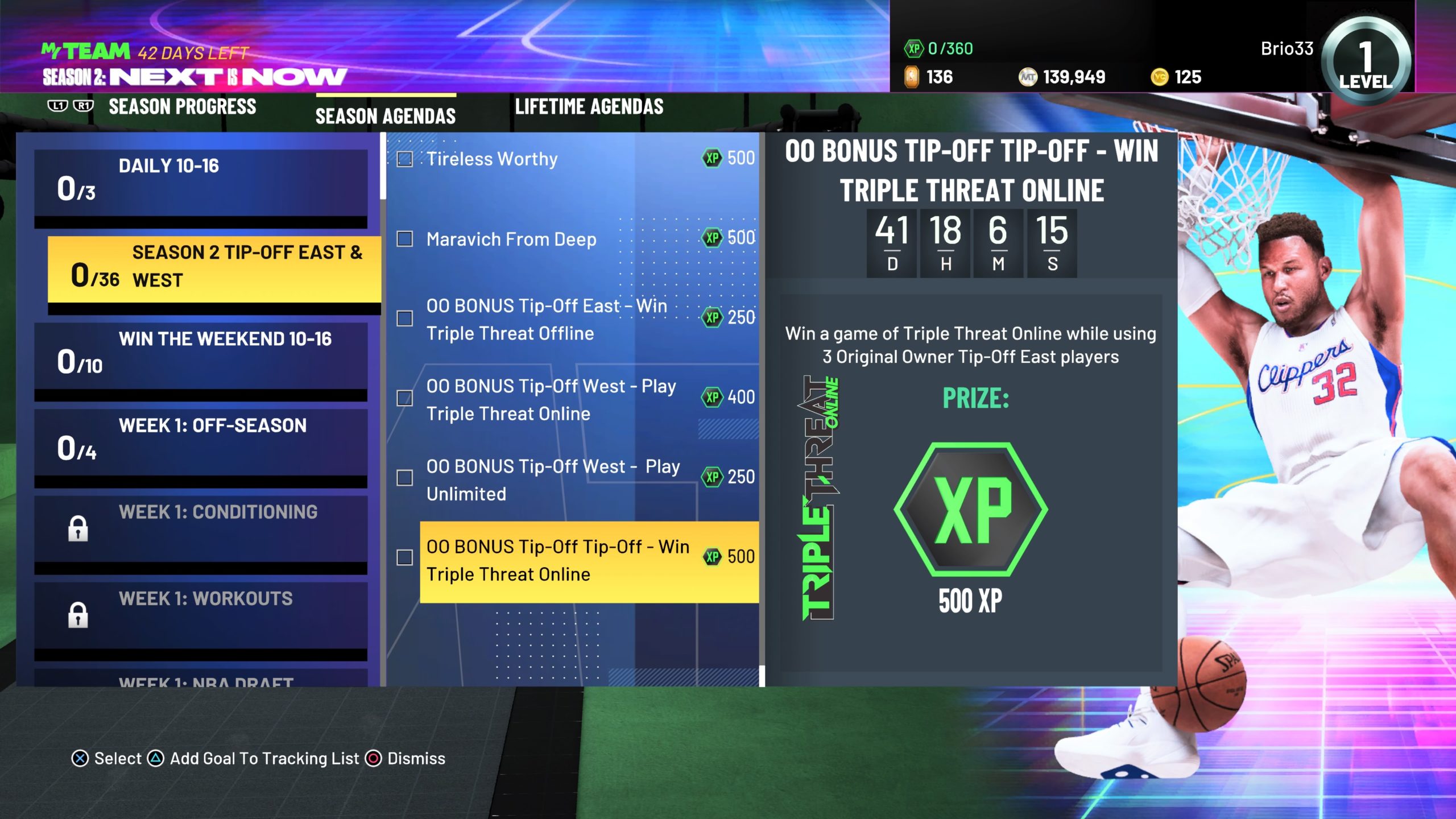 Overall, it’s become clear that XP isn’t about giving us more to play for, it’s really just another way for 2K to make money. Higher-tier cards (and lock-in rewards) having waaaaaay higher XP totals? C’mon, 2K. The existence of Original Owner cards? That’s just a slap in the face.

During Season 1, I started to pull away from MyTeam a bit, especially after I got Scottie. Then as Season 2 approached, I got excited again and started to grind tokens, hoping the rewards at the launch of Season 2 would be a revelation. Having new token cards to look forward to each season was one of my favorite new things about 2K21, and I worked my way into the amethyst tier right before the new season launched.

But again, what a disappointment.

Three new emeralds, sapphires and rubies, but only one amethyst, diamond and pink diamond? What’s up with that?

Plus, the players chosen to be token rewards are weak across the board, especially in higher gem tiers. Stop being so obvious about rewarding people who spend money with better cards. I don’t mind that people who do open packs get (by the grace of god) good cards, I just want it to be fair and even for those who solely grind. 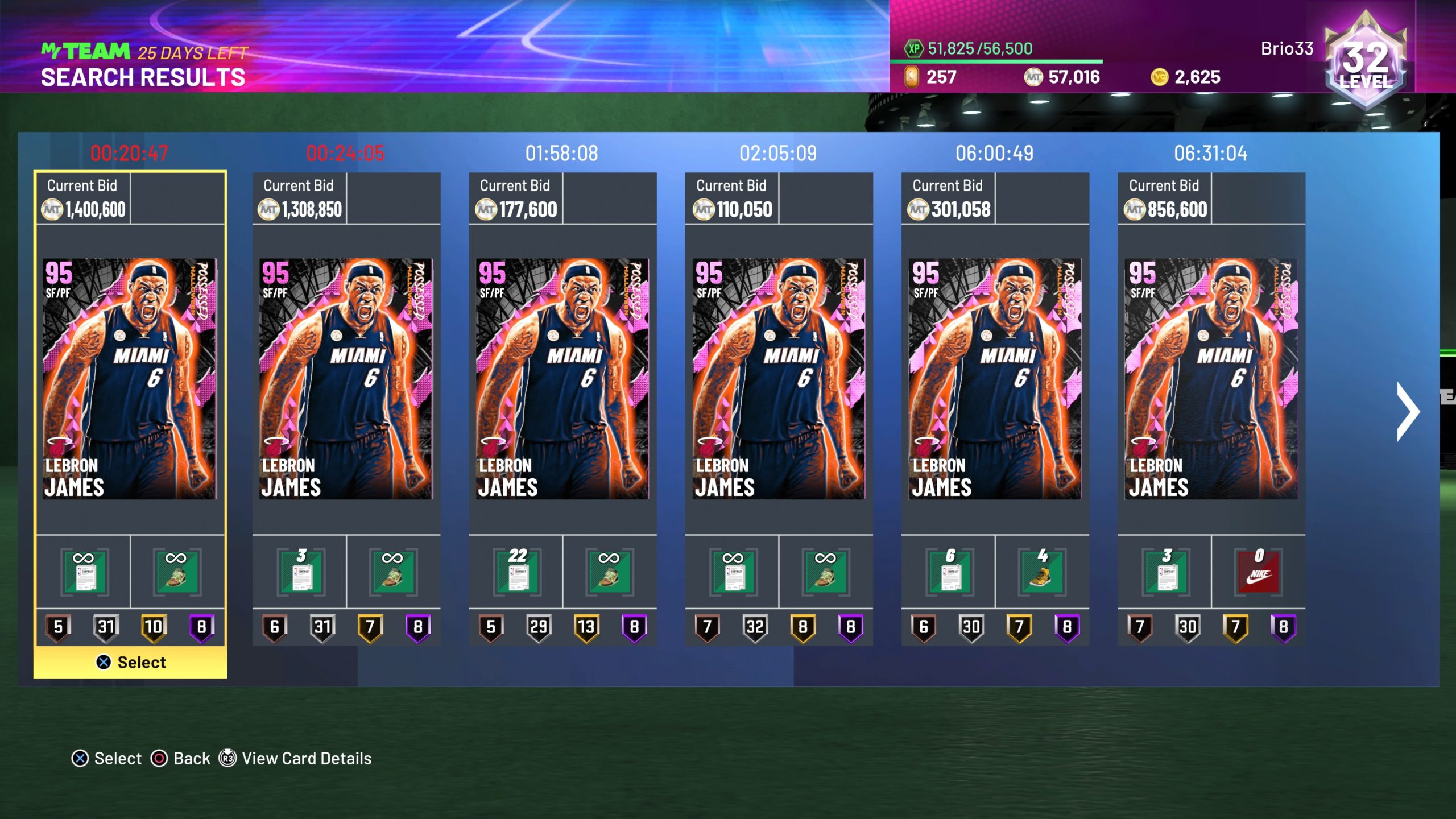 I love working the auction house. It’s not marketed as a game mode but it totally is. And this year, with Limited restrictions and XP agendas, it offered a ton more options for flipping cards.

But the auction house is a mess.

Pretty much any card I search for has versions up on the block that have already been bought. On content drop days, when it’s so very much worse, this problem makes it nearly impossible to know the value of cards. Sometimes I can use that to my advantage because it artificially deflates the value of cards if people think those “ghost” cards are real. But, more often than not, I spend a lot of time trying to buy cards that have already been bought and it drives me insane.

Then there is the auction house delay. I’ll be hard scoping a particular card, refreshing every couple of seconds, and suddenly one will pop up that’s at 3 hours, 58 minutes. So of course I’m not going to win that card because other people somehow have a whole minute advantage over me. Not cool.

And finally, is it too much to ask for an app on our phone that allows us to work the auction house?

I don’t mean just connecting to my PS4 that’s upstairs while I’m downstairs (via WiFi) either. I mean that while I’m at work, supposedly working on work stuff, I want to be able to take a break and check those auctions. Please? For next-gen maybe?

…And So Much More

I could go on and on, but let’s finish up with a quick rapid fire list of issues. 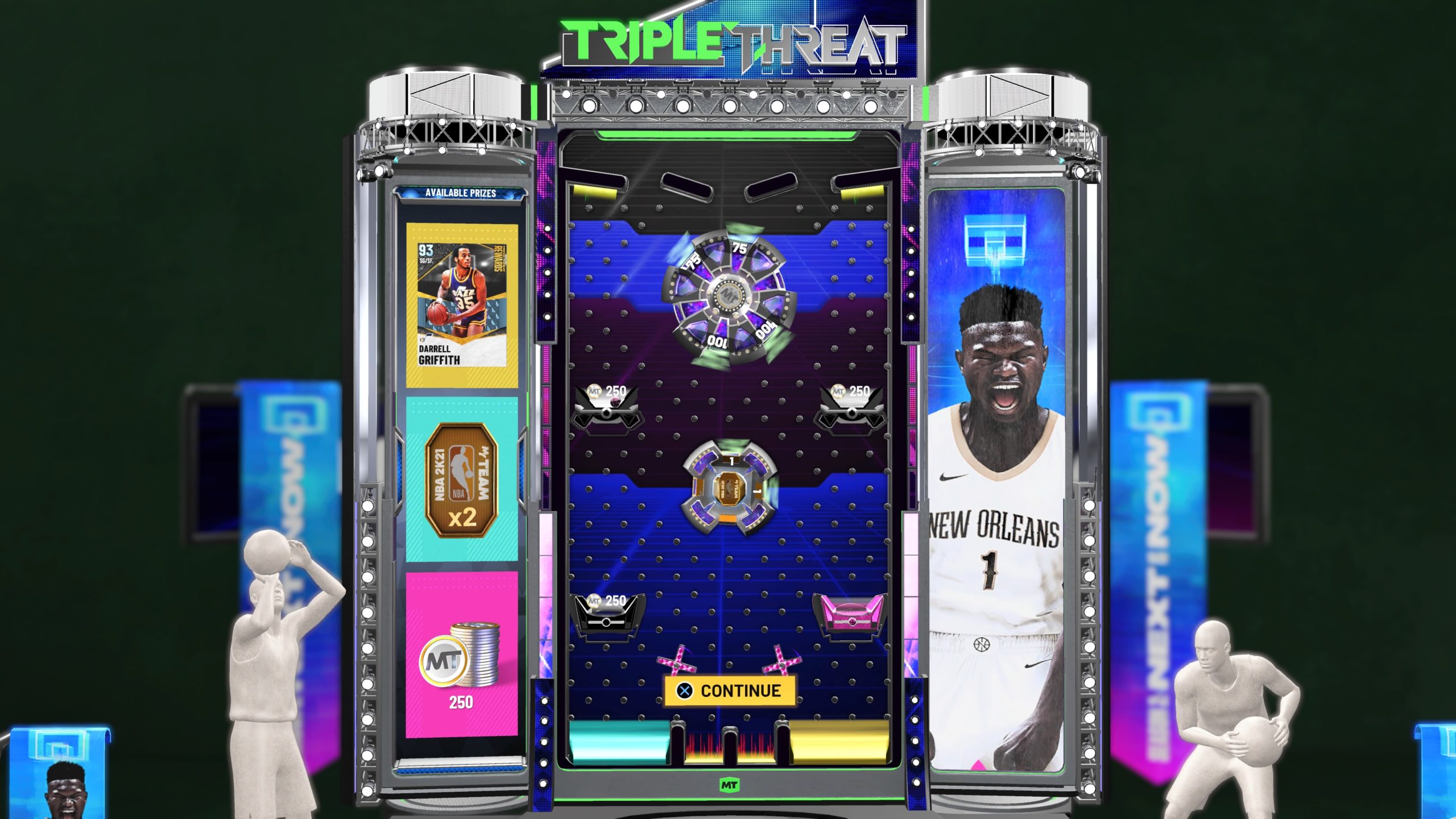 Okay, that’s enough for now. I’m sure why Season 3 I’ll have a ton more though — unless that switch to next gen miraculously makes everything perfect! 🤞🤞 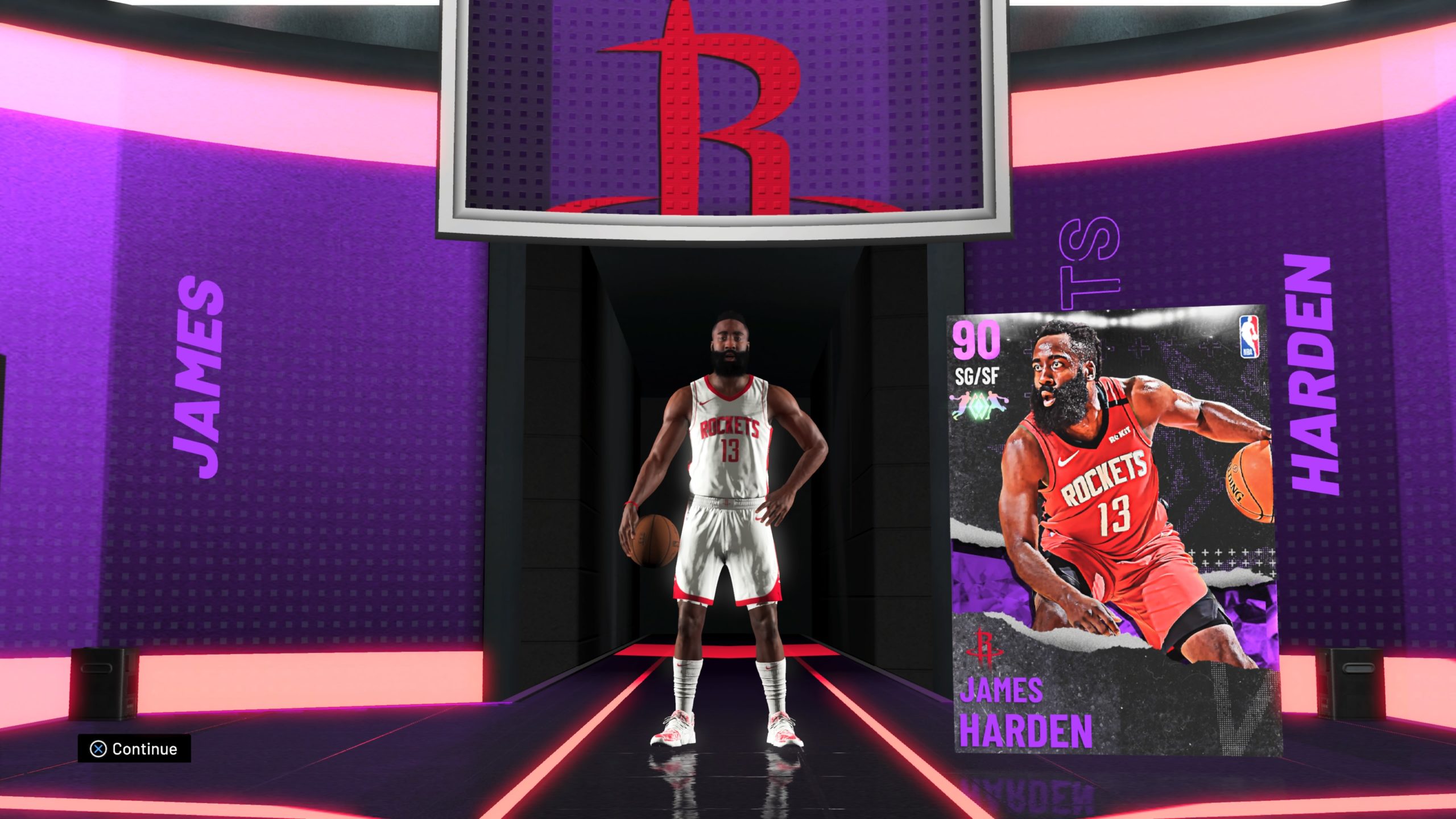 I want to love this game, I really do. Beyond the irritating and obvious financial gains the mode is built around, it really is the ideal way for me to play virtual basketball. I enjoy collecting cards, the overall RPG elements and even the excitement of new content drops. But again, I think the success of the mode really all comes down to gameplay.

If the gameplay not only works, but takes the leap forward on next-gen consoles that we all hope it will, MyTeam will thrive. This could be especially true for online play.

However, that still comes down to lag. Why does practically every other game I play online work so well while 2K is plagued with the same issues year after year? I shouldn’t have to “get used to it.” It should just work. And I certainly shouldn’t have to rely on cheesy methods to keep up with people who live and breathe the exploits. 2K has had years to prepare for this next-gen launch, pandemic or not, so hopefully they’ve upgraded the servers, or leveraged the power of next gen or whatever it is that needs to be done to make the game feel great.

Considering how much money MyTeam makes off of us, we should probably hold the overall experience to a higher standard. 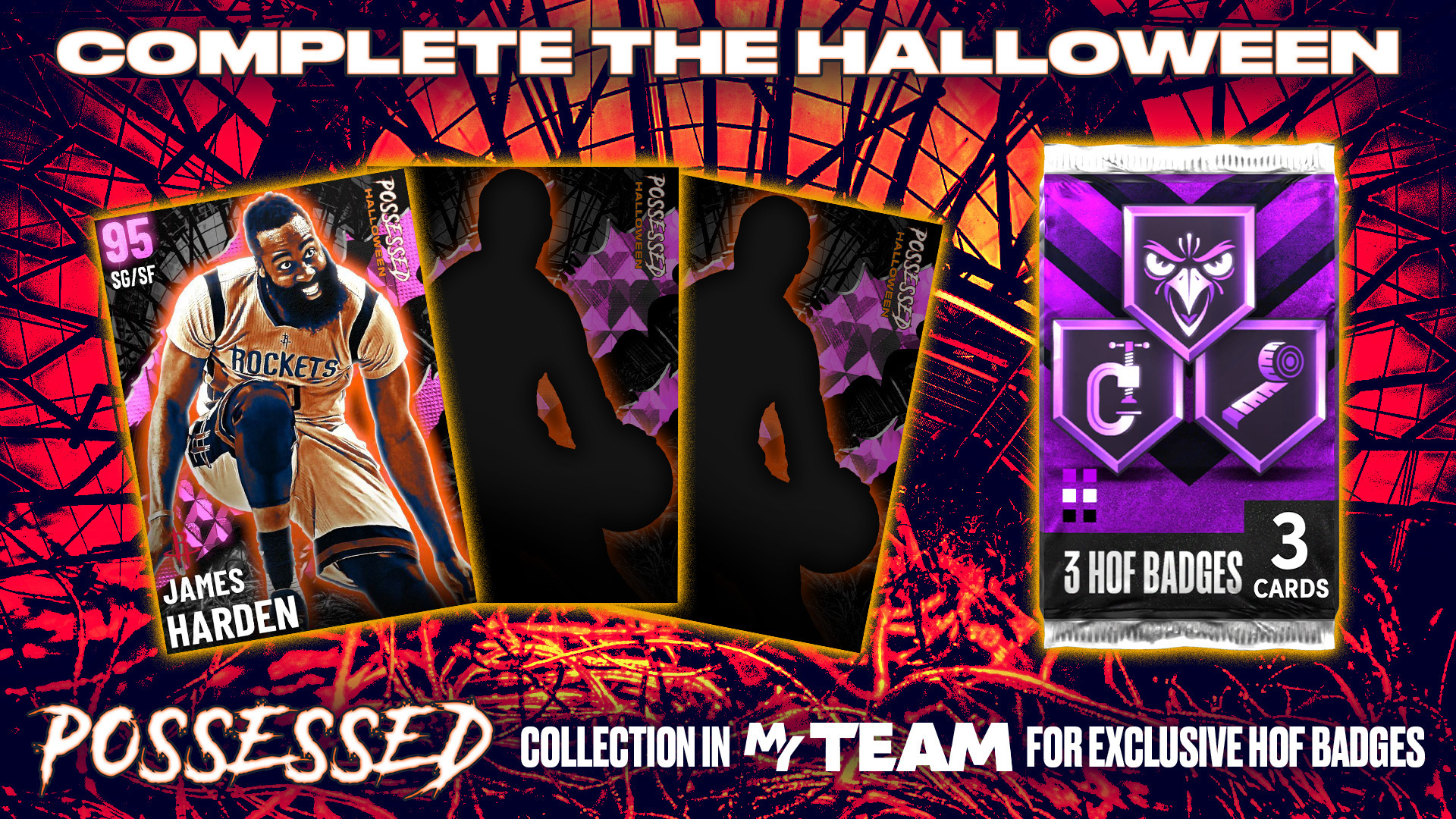 Oh, and this Halloween mess might have been one of the most despicable things 2K has ever done.

I figured eventually they’d monetize HOF badges, but this was looooooooow. And with a new 250K Tournament qualifier just around the corner, I have a bad feeling this kind of tomfoolery will become the new normal. Unfortunately though, I’m part of the problem. I broke my 2K21 no-money-spent pledge to try and get that James Harden. And surprising absolutely no one, I didn’t pull him.

I actually ended up buying one box as each card (Harden, Vince and LeBron) dropped every 8 hours. I did this for scientific reasons (duh).

It hardly ever works out, and I definitely didn’t miss that bad taste in my mouth after a pack opening. Never again.