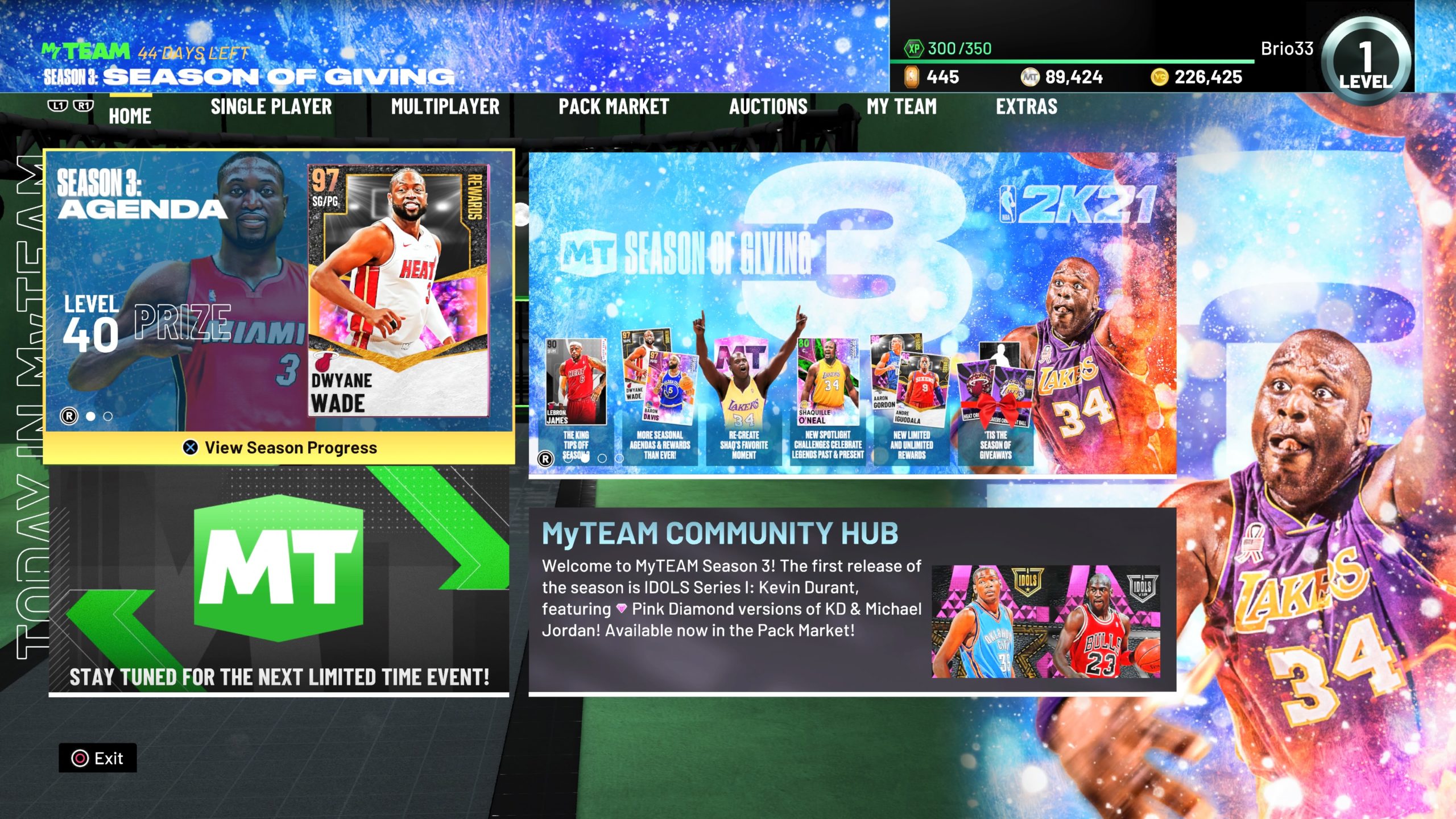 DBG has released an NBA 2K21 MyTeam starter guide video that will be really helpful for folks just checking out the mode for the first time. It feels like a good time to release such a video since we just had the MyTeam Festival, which was very useful for getting new teams up and running, and also some new people might be scoping out MyTeam for the first time ever on next-gen consoles.

Brian talked a lot in his latest article about Season 2 and the early portions of Season 3, so you should check that out, but I mention Brian’s article because that’s also something helpful to read as a newcomer just to see what the “seasons” are all about. The seasons and “battle pass” format are new to MyTeam, and so both veterans and rookies are seeing how that all plays out together here.

Getting back to DBG, his video gets very much into the nuts and bolts of what you should do when booting up the mode for the first time ever. If you have ever played other MyTeam/Ultimate Team/Diamond Dynasty modes, some of this will be easy to understand, but MyTeam has some unique properties to it.

For one, there are more modes that matter here, and they’re broken down into offline and online portions. Because there are more modes, it also means some are worth avoiding. DBG recommends mostly avoiding Domination, and I agree with that. I know Brian likes playing it, but that has more to do with what can/could happen with Domination later in the year when it gets refreshed with new cards and content after the NBA season is in full swing. (Plus, he just generally plays offline more than online.) 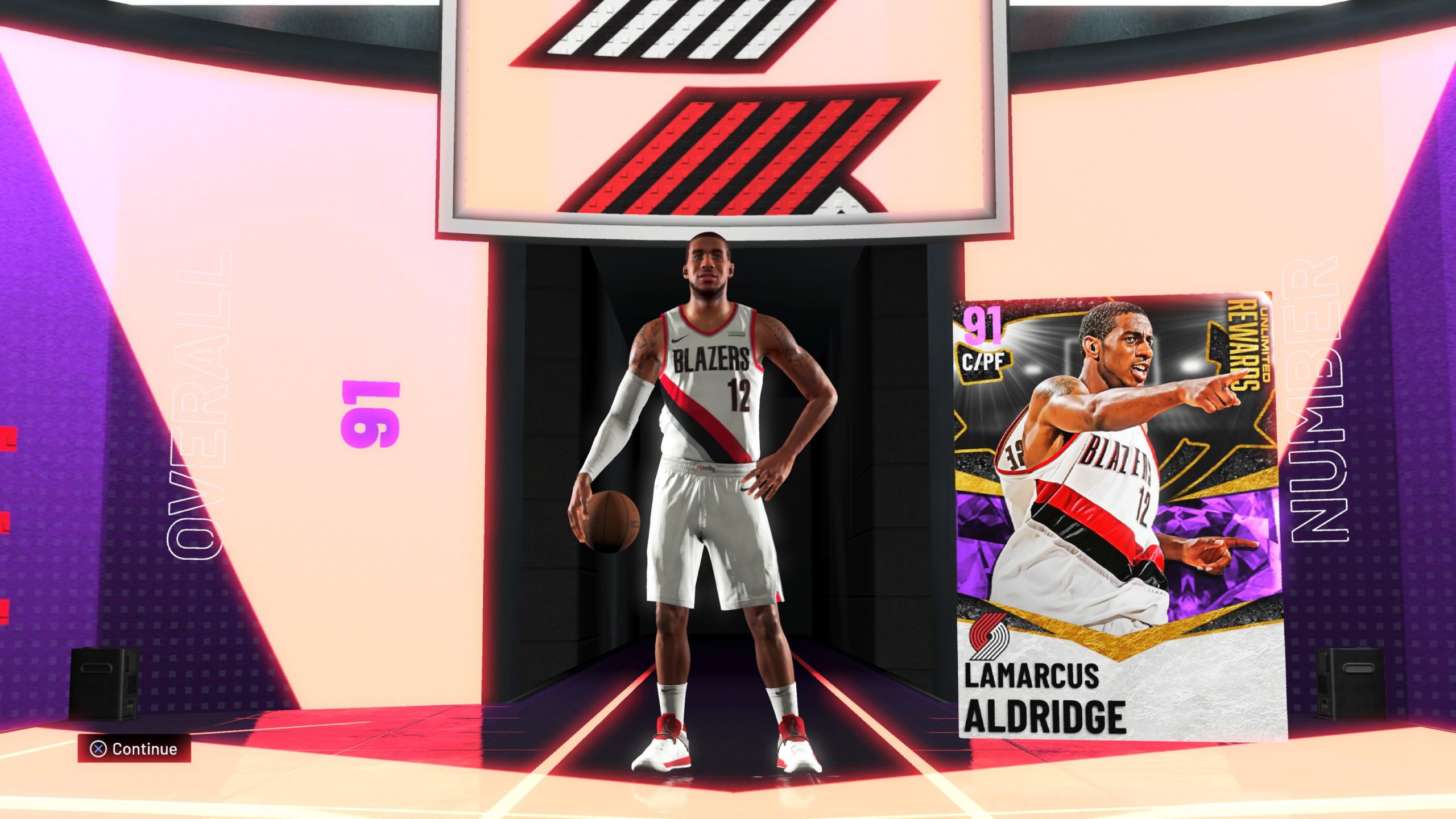 Another important point DBG touches on is the nature of building a team from scratch. On next-gen consoles, it feels really good building a lower-end team right now. It’s not as easy on current gen where particular releases, badges and hot zones all impact things a ton, but if you’re starting out fresh on next gen you should not have too much trouble building a team you like. Now, because next gen feels more fair, this also means being “good” at the game means more than just your cards, so that’s a double-edged sword for those who are just looking to overpower opponents through cards alone. Either way, this guide is for newbies, so it’s a good thing for you if you’re not looking to spend money because next gen feels more conducive to going that route.

The two final points that I think are helpful to pay special attention to are the virtual currency aspects. Like DBG says, for sure save your tokens for the most part rather than spending them unlocking new gem tiers of cards. The ruby cards you can get with tokens just won’t matter in comparison to the very cheap ruby cards you can buy or just get in free packs.

On top of that, the MyTeam auction house has a different flow to it than any other card-collecting marketplace, but it’s still the best place to make your in-game money. As a general rule of thumb, some common things work in all these auction houses. Prices will fluctuate a lot depending on what cards have come out and what deals are being run, so it’s best to carve out a little niche and understand it so you can exploit the up-and-down trends. If you want this to be silver players, then fair enough. If you want this to be badges, then that’s fine too. The big thing is starting to understand some trends with a couple subsets of cards and then you can really make a lot of MT just farming those trends.

Oh, and I will end this the same way DBG ends his video: don’t buy packs and don’t buy in-game currency.