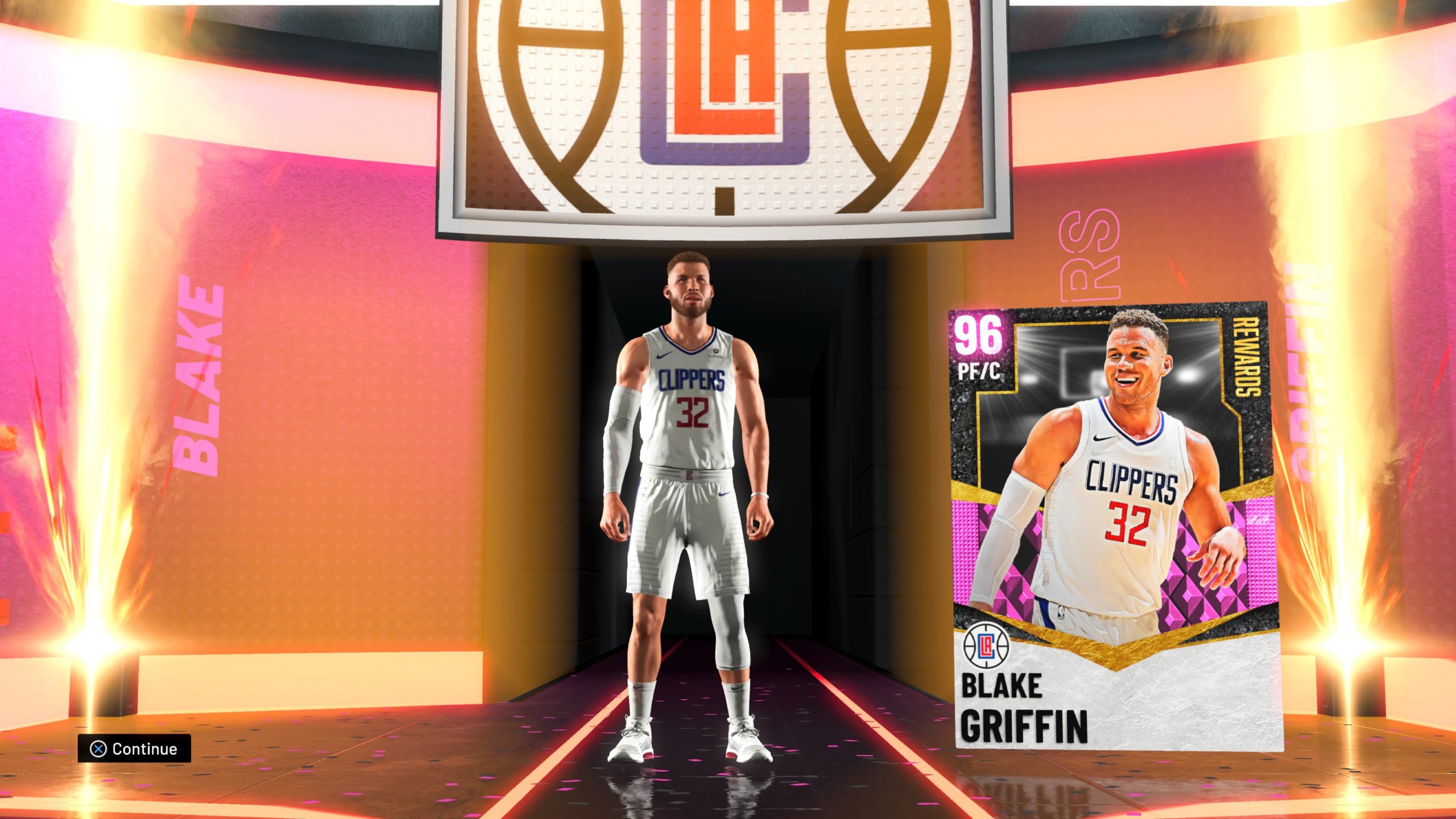 Welcome to the squad, Blake. (Also, just a heads up, I’m still on current gen for now.)

Now that’s a really short, simple sentence to type out, but the card itself took over my life. I didn’t do myself any favors by starting the XP grind slowly in Season 2, so these last couple of weeks were especially intense as I tried to catch up. It got to the point where I was constantly buying cards to earn XP, then turning around a day later to sell them so I’d have MT to buy more cards. I couldn’t even tell you if those cards were fun to play with, or any good on the court, which kind of defeats the purpose of the mode in my opinion.

But is that an XP problem, or a “me” problem?

I’ll let you know after Season 3 is over, as I decided to start the XP grind for Dwyane Wade immediately, with a boost from MyTeam Festival during Thanksgiving week. Hopefully, this six-week journey will be a little more relaxing and fun (though it would be nice to see higher XP amounts from the jump).

I feel like I did learn the ins and outs of rationing MT and saving/stacking XP though, which should enable me to be more efficient going forward. And despite the craziness, I have to admit that it was satisfying to plan out an XP path after a content drop, and then complete that path to a level up.

Speaking of XP, in order to earn it, I was forced to play more online games than I ever have before. At times, this was extremely frustrating: 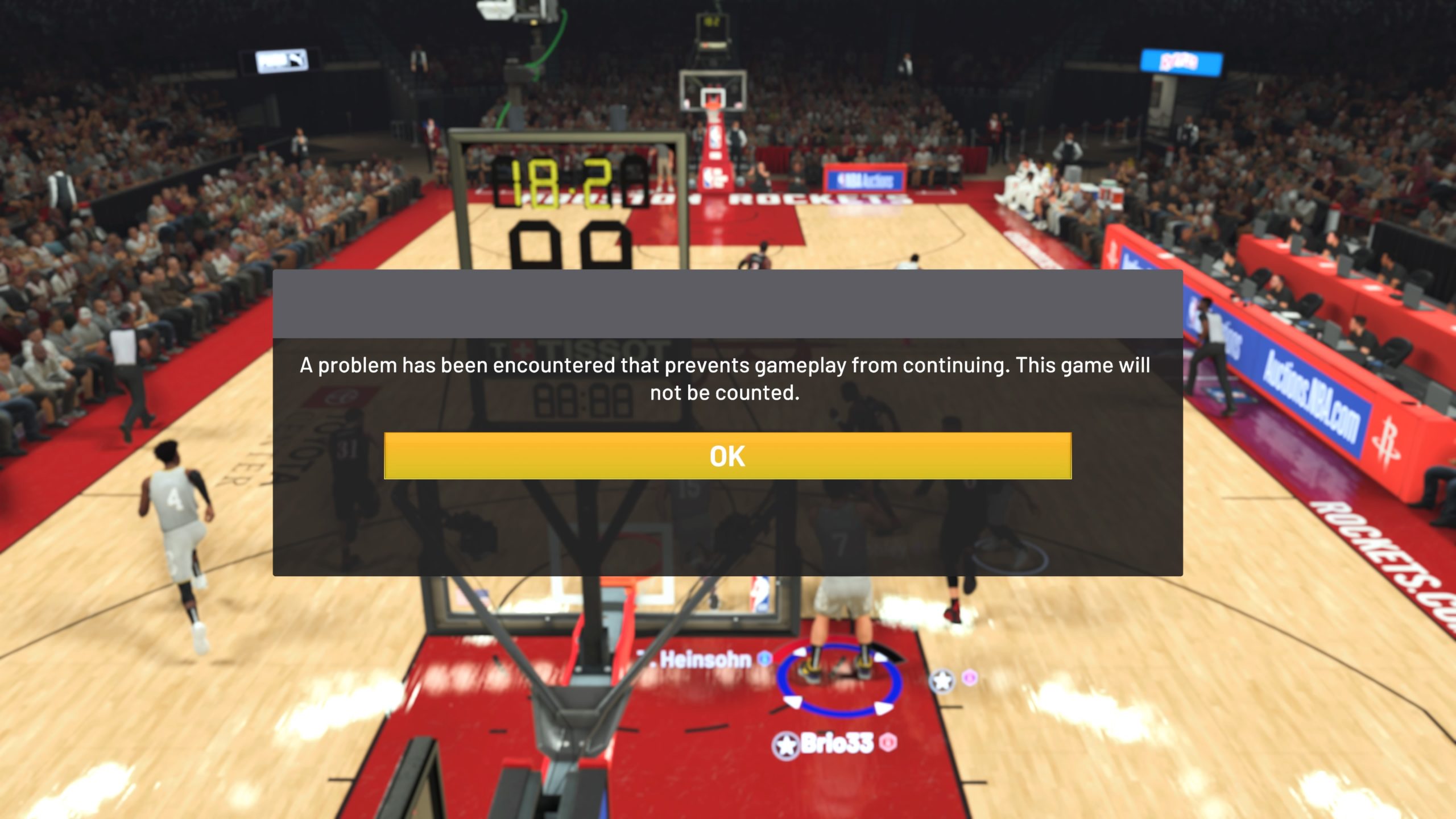 But luckily, 2K did sweeten the pot a bit. 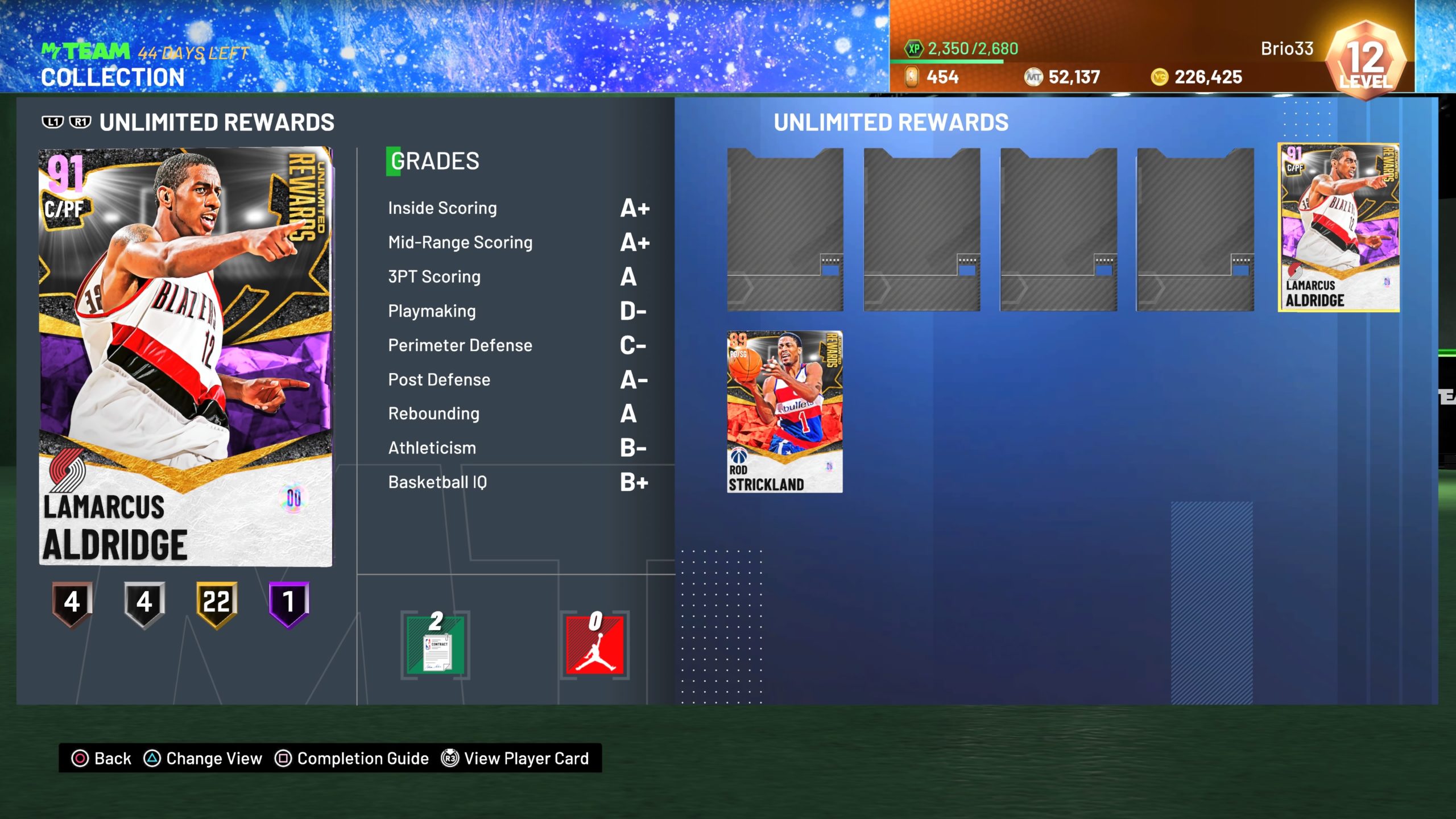 I didn’t win that many games (and I definitely didn’t get Jaylen Brown or Patrick Ewing), but knowing that I was earning XP plus tallying wins towards LaMarcus Aldridge (and Cuttino Mobley in TTO) made the online games feel worth the time.

I’m actually kind of looking forward to continuing my online journey in Season 3, so hopefully 2K continues to include card-based rewards just for playing.

TT Offline was a decent way to earn XP, though there were far too many “X amount of rebounds in Triple Threat” stipulations, which got old. (Again, let us earn XP in whatever mode we want.)

I also felt like I was playing the mode constantly, but, at the start of Season 3 I was still only at 245 wins. That’s kind of deflating. By the time I got Stephon Marbury, he wasn’t good enough to find much playing time on my team, and I know JaVale McGee will suffer the same fate. 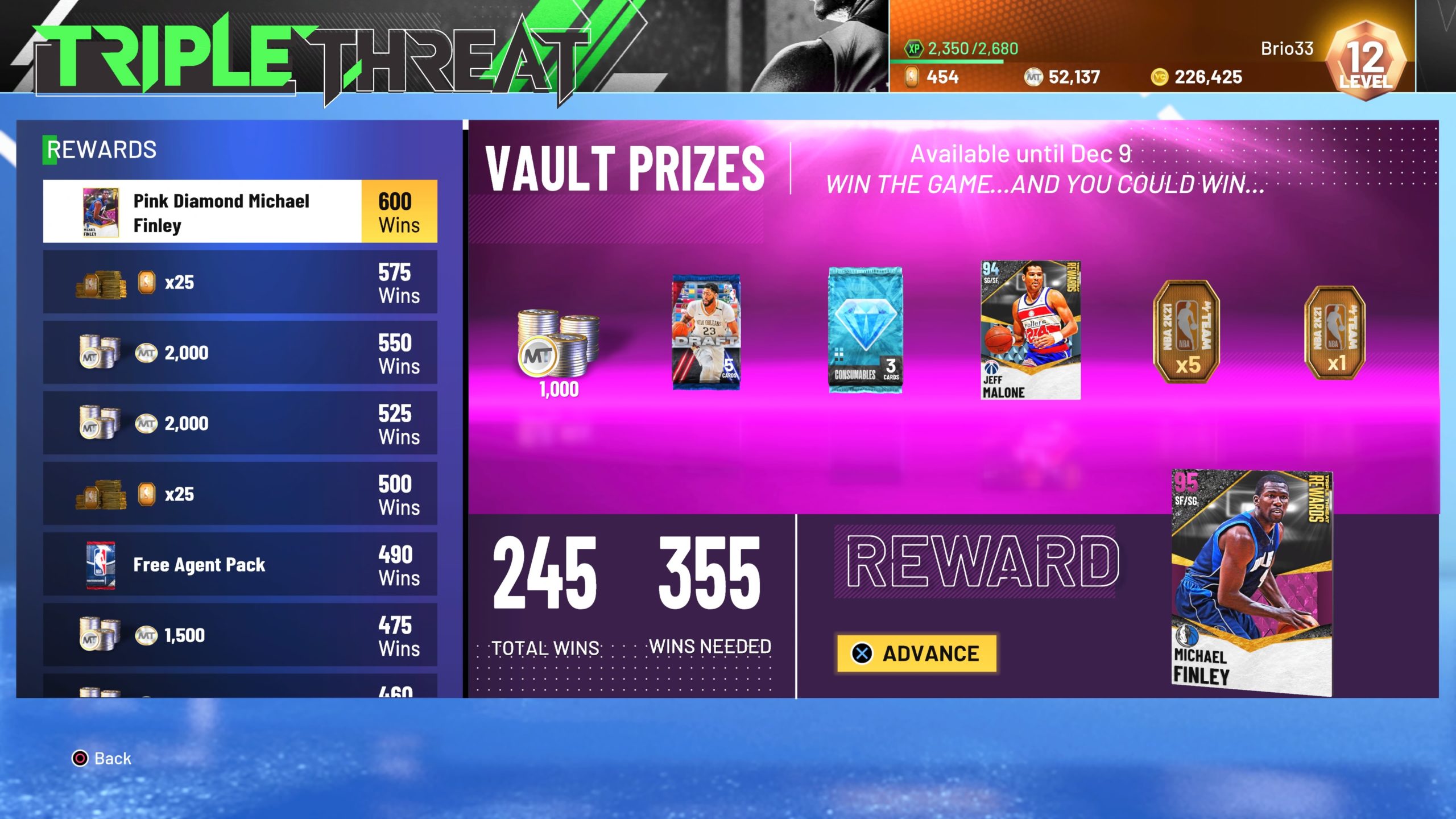 Then for Season 3, I actually love Michael Finley, but I already have a better wing player than him (more on that later), so 600 wins probably won’t be in the cards for me. Plus, the stupid vault never gives out anything except the MT or one token for me, which drives me insane.

I might actually play more online games this year to grind XP, which is something I never thought I’d consider before. At least online human opponents miss sometimes, while gold and emerald cards under AI control are assassins on current gen, regardless of the difficulty level.

To continue my previous analogy, if gold and emerald cards are assassins, computer teams with opals and pink diamonds (on Superstar mode) are, well, robots. They are relentless, unforgiving and near-perfect, especially at the end of games. I’m still trying to put together the right squad to beat the ’80s, ’90s and 2000s teams in Historic Domination. And working through All-Time Domination has been challenging, but at least certain teams have exploitable matchups, especially now that I have Blake.

In addition to earning XP (and tokens), I was trying to make progress in Domination because I thought maybe another tier would open up in Season 3, with a shiny new player reward. I was wrong. And since the new token reward cards are so underwhelming (still no opals!?), I’ll probably take a break from Dom this season. 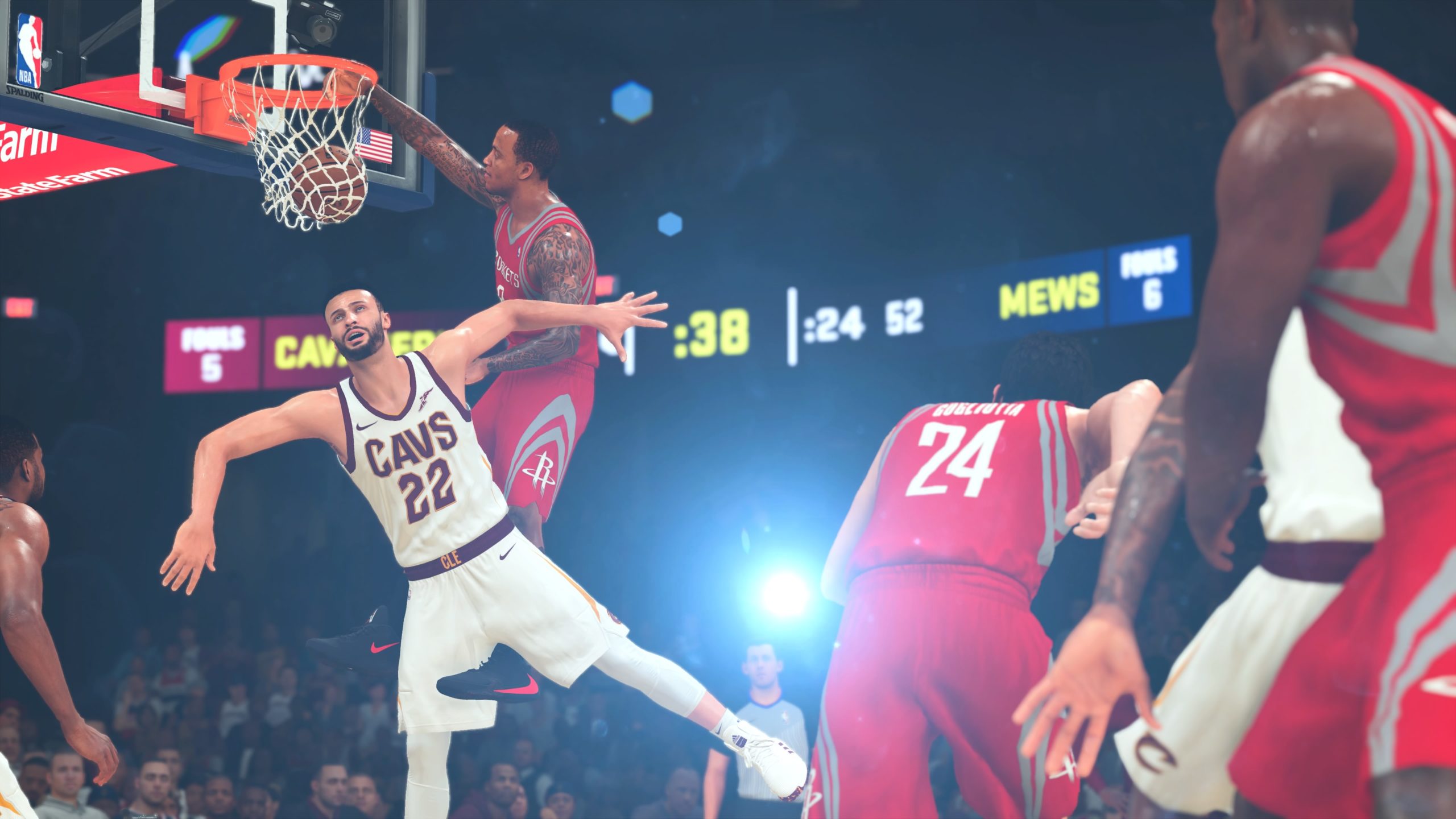 This is the area that I feel the best about so far in 2K21 MyTeam. The addition of Triple Threat spotlights was refreshing, and Rafer Alston is one of my favorite cards this year. Plus these games, particularly the ones that go to 30 or 50 (or even 70) points, are ideal for XP grinding.

I just hope 2K continues to add more Moments and Signature Challenges in Season 3, as one of each isn’t enough, especially if the rewards are decent — please give me more theme packs and Hall of Fame badges.

Content is king, and for the most part, the cards of Season 2 were solid. (I still can’t forget the misstep that was the Halloween money-grab, though.)

Recently, I did (unfortunately for my wallet) get caught up in the Draft Rookies hype. 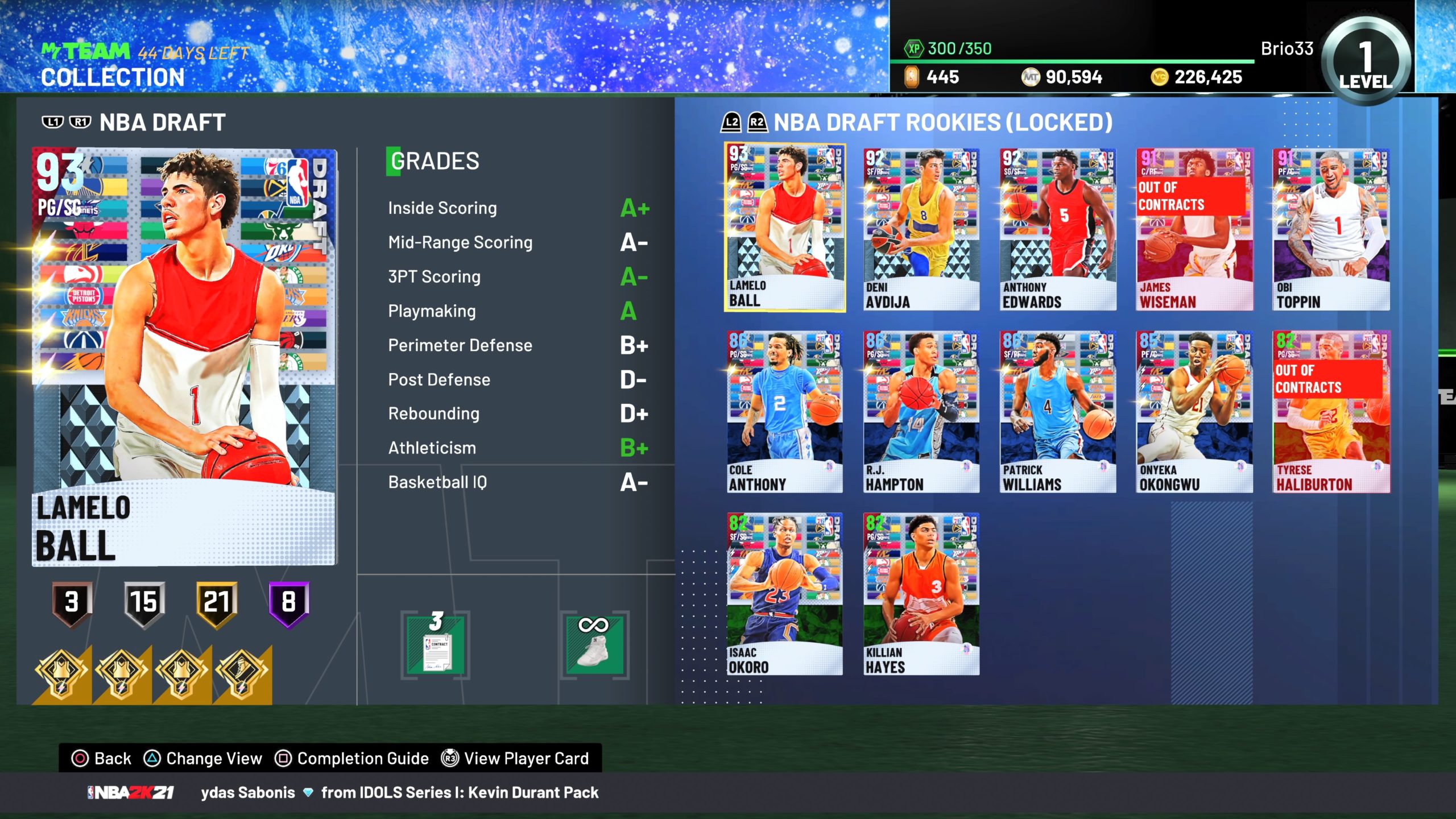 In retrospect, the cards themselves aren’t that spectacular, but the Cam Reddish lock-in reward is not only great, it’s a great value. If you haven’t heard, there is a nifty trick to get him without wasting the time needed to actually evolve all of the rookies. Here’s the video I saw that explained it. You do need about 250-300K MT to get the ball rolling (so while I understood why people were calling Reddish “free” it’s not exactly that, but at least you can get that investment back at the end).

Other than Cam, Rafer, LaMarcus and Mobley, here are a few other favorites from Season 2:

This might be a Season 2 review, but I also couldn’t help comparing it to what looks to be a strong Season 3 — albeit with some of the usual pitfalls so far. 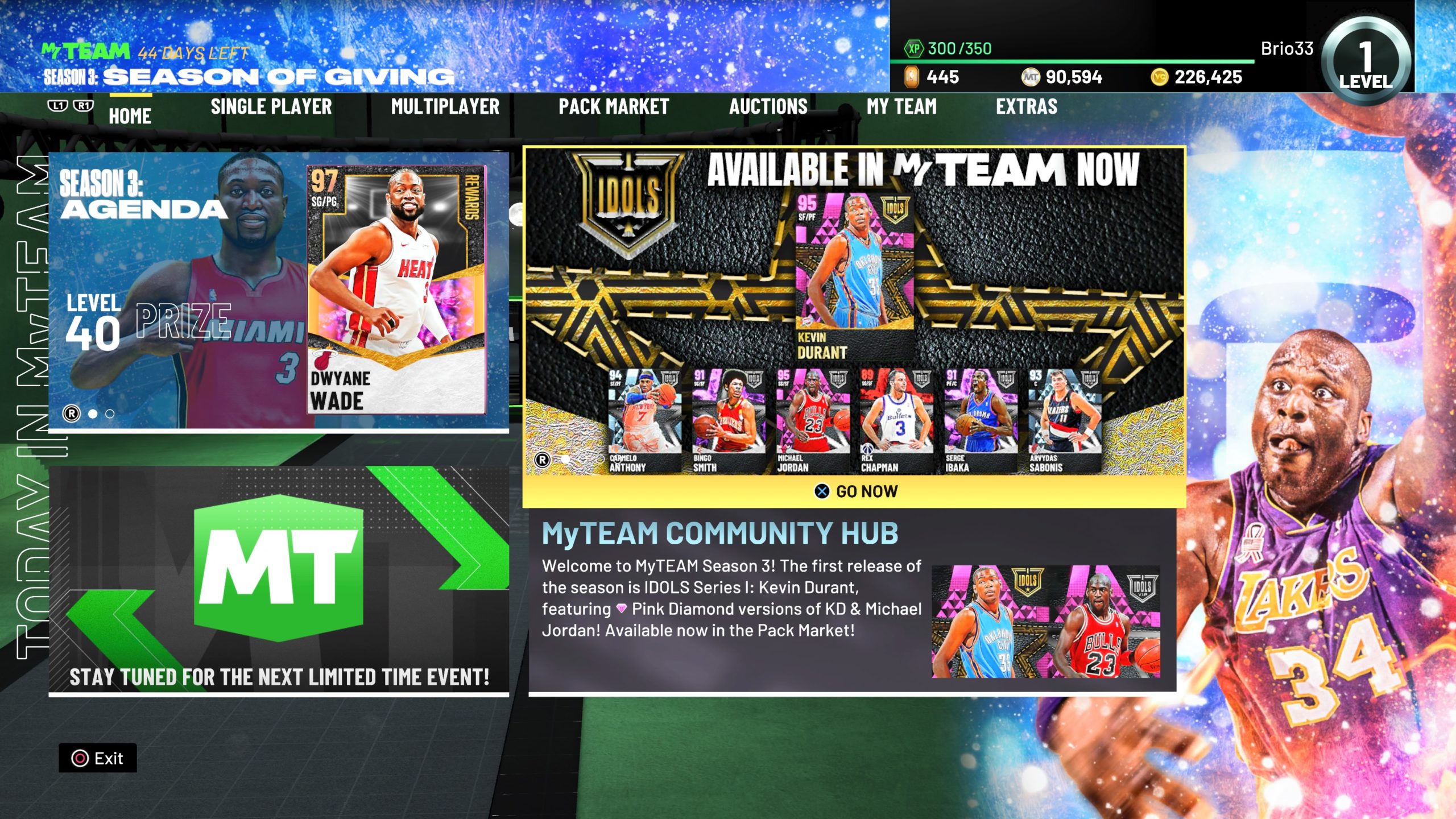 Just based on the new cards in the KD Idols drop, it looks like the power creep with HOF badges is ramping up. Hopefully, it won’t be as dramatic as last year, but I do want some better cards to try and finally beat those All-Star Historic Domination teams. That being said, I’m not sure Wade will be worth all the grinding, but the journey is part of the fun even more than the card for me.

As for the MyTeam Festival that just ended, it had the usual 2K being sketchy with the deceiving pack odds, this time with the limited player packs. It also was not a great event for the most hardcore players. However, it did provide a lot of nice free packs and other goodies for those new people who maybe just now got into MyTeam on next-gen consoles.

Also, if you still haven’t seen it yet, here’s the new Courtside Report that details what we have to look forward to throughout Season 3. On paper, it sounds pretty good, though after getting Blake, I kind of wish the Limited reward (Aaron Gordon) wasn’t so similar of a player. But then again, who am I kidding, there’s no way I’ll win enough games (or have the luck) to actually get six rings anyway. I’ll just hold out hope that I can get another LaMarcus Aldridge this season, or maybe I’ll try for whatever the next Chris Mullin will be. A pink diamond would be nice this time around, maybe a Clyde Drexler?

Oh, and I would love to speak to next-gen MyTeam, but the PlayStation 5 I pre-ordered months ago has mysteriously been “lost in transit.” I’m pretty sure that means it’s on eBay. But I’ll try to distract myself from that awfulness with a bit of XP grinding.