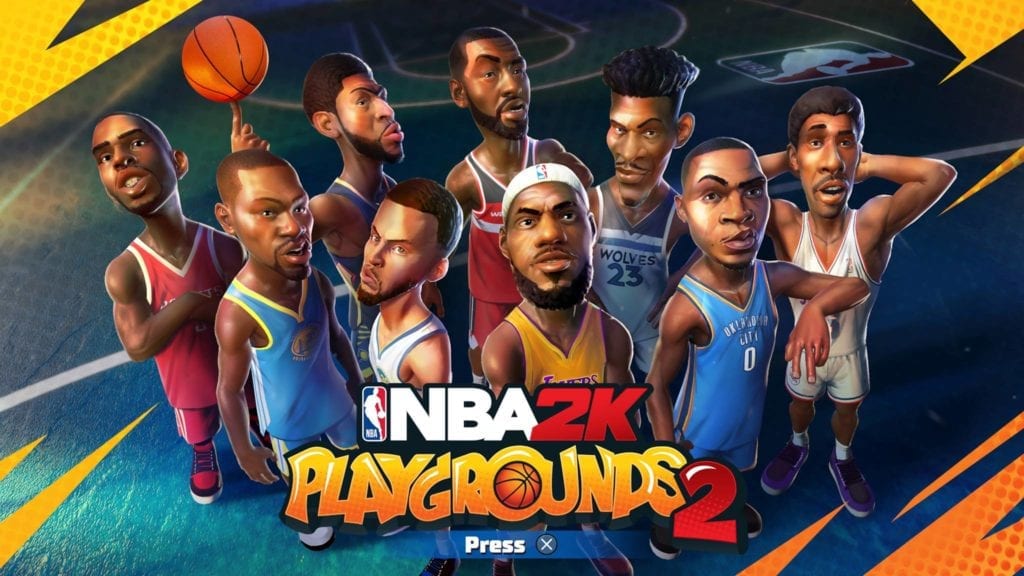 With the highly anticipated follow-up to the surprise 2017 arcade basketball hit, Saber Interactive is back with NBA 2K Playgrounds 2, but this time around the developer has teamed up with publishing powerhouse 2K Sports.

The game of basketball lends itself incredibly well to the sports arcade genre as many aspects of the NBA can be delivered in an “over-the-top” style and remain somewhat faithful to the sport itself. One of the things I enjoyed very much about NBA 2K Playgrounds from the start is that it feels like basketball, albeit an arcade version. The game provides power-ups, unique offensive and defensive mechanics and extreme gameplay, but in the end it’s still two-on-two basketball that can be played pretty straight up if one chooses to approach the game that way. 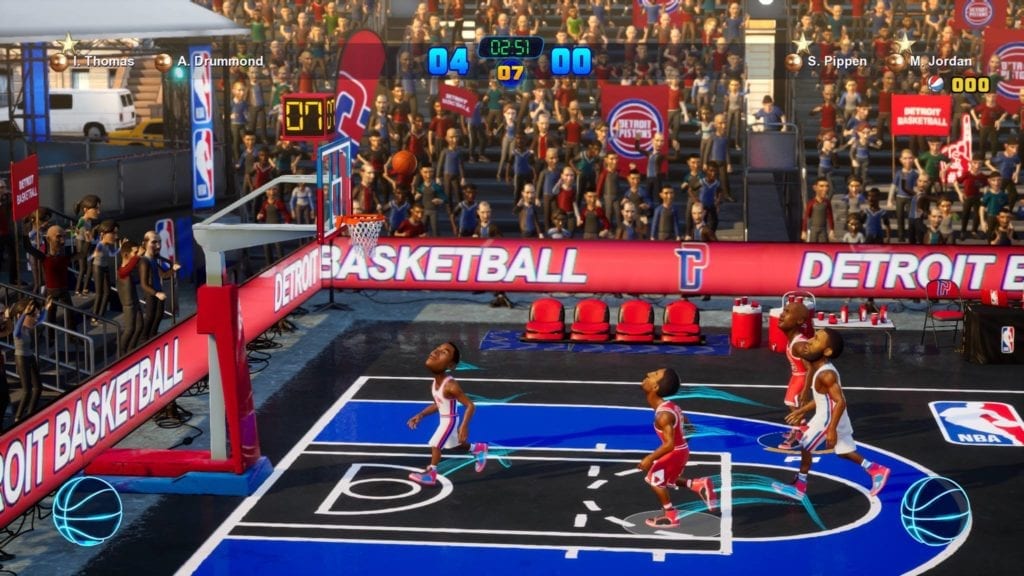 While I enjoy the gameplay here, the reasoning behind that statement is the simplicity of it all. The game offers online play, co-op play, season mode (a truncated season), 3-point contest and exhibition. Most of these can be done versus the AI, a random person online, or a local or online friend. Whether you have owned the game for a day, week or month, all these modes can provide a decent level of enjoyment almost instantly. The gameplay simply requires one to move up and down the court, understand the pass, shoot, and rebound mechanics, and if you choose to do so, a few more “extra moves” such and single or double alley-oops. In the end, though, the title pushes simplicity and accessibility to the masses, and that’s exactly what a sports arcade title should be doing. 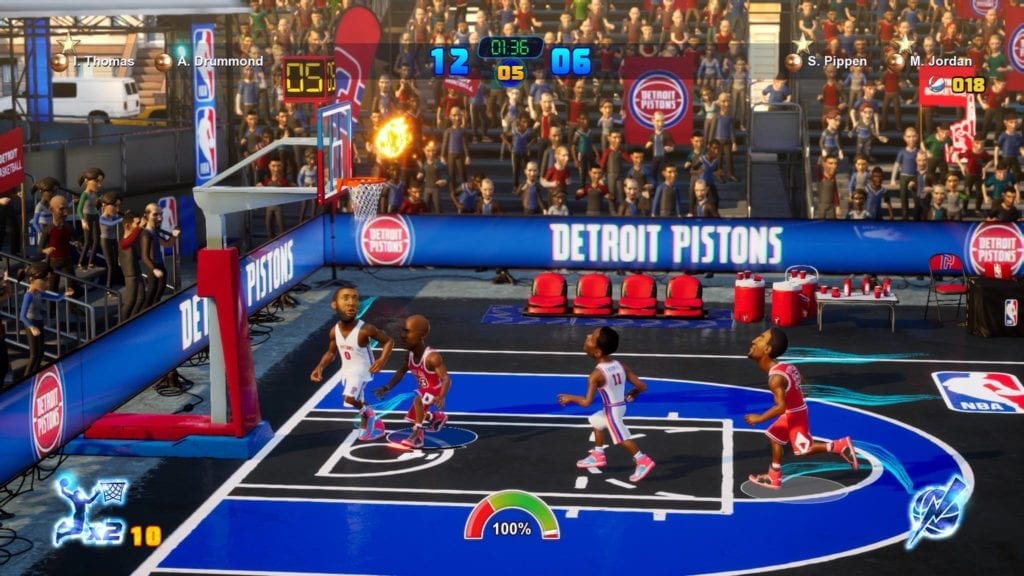 Creating an arcade cartoon caricature of an NBA player is probably a bit easier than trying to create an exact replica, but it’s still not an easy thing to do. But Saber Interactive creatively nailed most the current NBA players and legends alike. Most players are easily recognizable, and beyond that, look amazing. The courts and crowds are alive, and when all mixed together it creates a vibrant tapestry that is easy on the eyes. 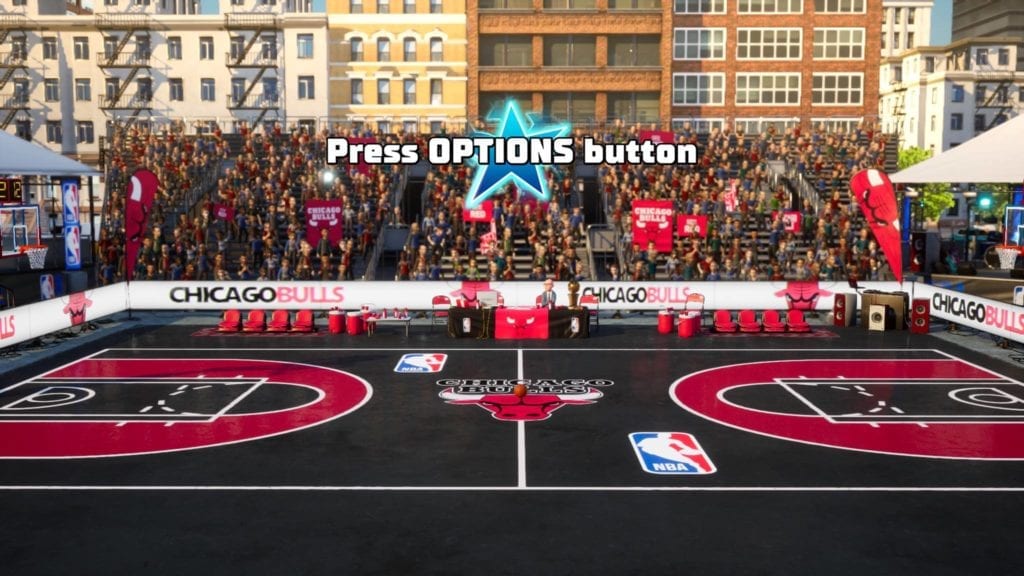 As mentioned earlier, the courts look amazing and deserve their own shout out. The vibrancy, the colors and the details all provide some amazing venues to play at. Whether you are playing on an official team court or one of the many different locales provided in the game, the courts stand out and provide an amazing level of fun and detail to the title.

On top of looking great, the controls and animations are as smooth and responsive as one could hope for in an arcade sports title. The game is not riddled with excessive control schemes and move combinations, and while there are on-court combo options, they are easy to learn and even easier to utilize throughout.

As mentioned previously, Playgrounds 2 features an awesome combination of current and former stars, mixed in with the right amount of role players. You have access to Legendary, Epic and standard players. The only issues I have encountered with the base set of rosters is you must unlock and level-up many of them. 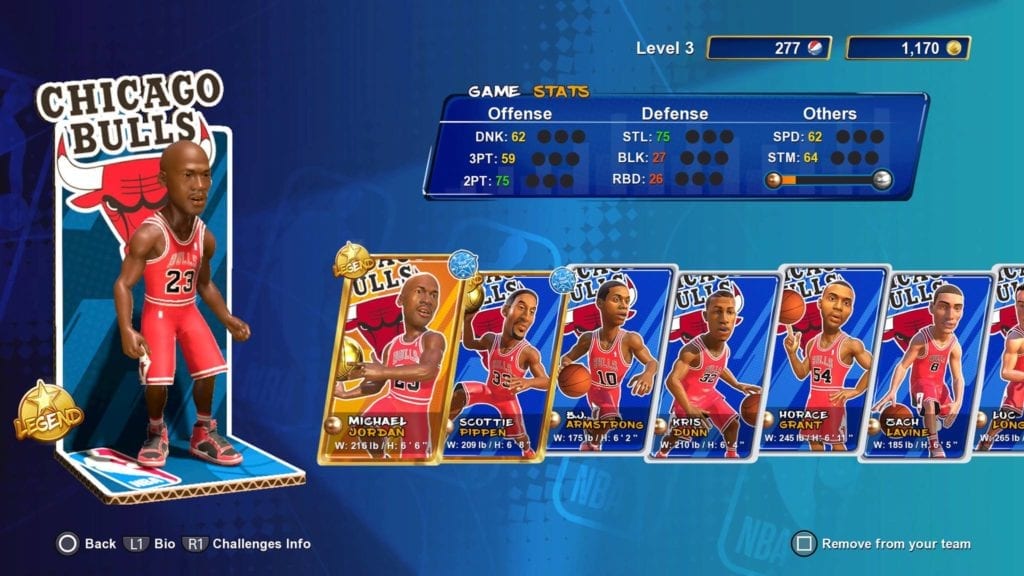 The issue of unlocking players is typically not a problem, but the way the in-game currency is handled and dispersed creates a rather large “grind it out” setting that might reduce the overall enjoyment for a large percentage of users who either cannot devote the time, and/or refuse to partake in the microtransaction game being played here.

On top of providing a healthy number of current and legendary stars of the game, Saber has also included many of these players’ signature moves. Some might find some of them a bit inconsistent to pull off, but overall, it’s very cool seeing players with their signature moves in the game.

While there is a lot to like about Playgrounds 2, I did have a few issues, and one of those issues was the inconsistent play that I often experienced. Whether it was missed dunks, inconsistent shooting, or the inability to pull off a move, there were definitely some inconsistent results. Initially, I just assumed it was me, and that with time some of these issues would be reduced as I gained more experience and a better understanding of the game mechanics. However, many hours later I still feel like there is a bit more inconsistent gameplay and results than I feel are warranted.

Listen, microtransactions are here to stay, and if I am being honest, I really do not have an issue with them. This is, of course, assuming they are implemented correctly. While I have no issue with Playgrounds 2 having a currency system, so much of the content is hidden behind a paywall that the game either requires a ton of time to accumulate in-game currency or for you to open up the wallet. 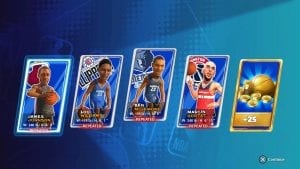 When it comes down to it, NBA 2K Playgrounds delivers exactly what most would assume: a quick on-court thrill ride that lets people play the game in whatever fashion they seem fit. The inclusion of most NBA starting lineups and multiple NBA legends help fill out the roster, and allow you to relive some of the glory days of the NBA — but in an obvious extreme fashion.

Some may complain about the grind, and trust me, that grind is real, but if you’re into card packs and accessories, then this game is exactly what you are looking for. The amount of fun you end up having is ultimately going to depend on how open you are to arcade sports and card packs, but in the end, NBA 2K Playgrounds provides a lot of quick, accessible, action-packed on-court fun.