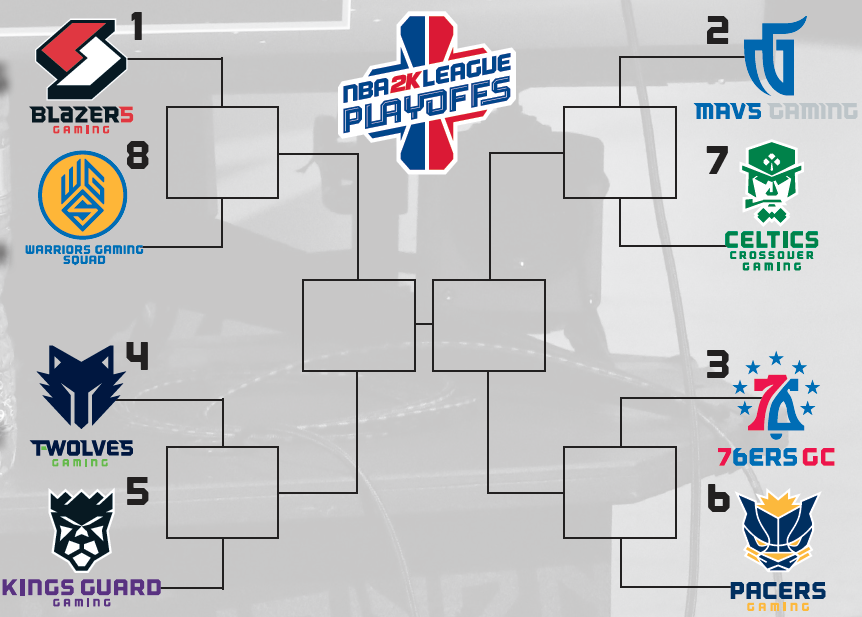 Check out a preview of events below, along with the full schedule for the 2019 NBA 2K League Playoffs.

STUDENT VS. TEACHER: When Celtics Crossover Gaming and Mavs Gaming collide in the Playoffs, it will be a special moment for two of the NBA 2K League’s most dynamic point guards: Celtics Crossover Gaming’s Albano “oFAB” Thomallari and Mavs Gaming’s Artreyo “Dimez” Boyd. oFAB credits Dimez for teaching him how to play NBA 2K. Ironically, Dimez was the No. 1 overall pick in the 2018 Draft and his student followed him as the No. 2 overall pick. The series begins on Wednesday, July 24 at 6 p.m. ET.

THE DIFFERENCE A YEAR MAKES: After missing out on the playoffs in the 2018 season, five teams that participated in Season One – Mavs Gaming, Kings Guard Gaming, Warriors Gaming Squad, Pacers Gaming, Celtics Crossover Gaming – will make their NBA 2K League playoff debuts. With Golden State awarded a playoff berth by winning THE TICKET powered by AT&T, the other four teams earned their spot by finishing with a top seven regular-season record. In fact, Boston, led by point guard Albano “oFAB” Thomallari, won nine games in a row in a late surge to clinch their first playoff berth.

ELITE EIGHT: Eight teams – Blazer5 Gaming, Mavs Gaming, 76ers GC, T-Wolves Gaming, Kings Guard Gaming, Pacers Gaming, Celtics Crossover Gaming, and Warriors Gaming Squad – have qualified for the 2019 Playoffs and will compete for a total prize pool of $720,000, with the winning team taking home $360,000 and the NBA 2K League Championship trophy. The Playoffs will tip off Wednesday, July 24, with the best-of-three quarterfinals and semifinals taking place over three days of gameplay, and will culminate with the best-of-five 2019 NBA 2K League Finals on Saturday, August 3.

NEW HORIZONS: The NBA 2K League announced Tencent as its first distribution partner in China. Tencent will stream condensed 2019 Playoff and Finals games to its hundreds of millions of daily users. Click here for additional details. 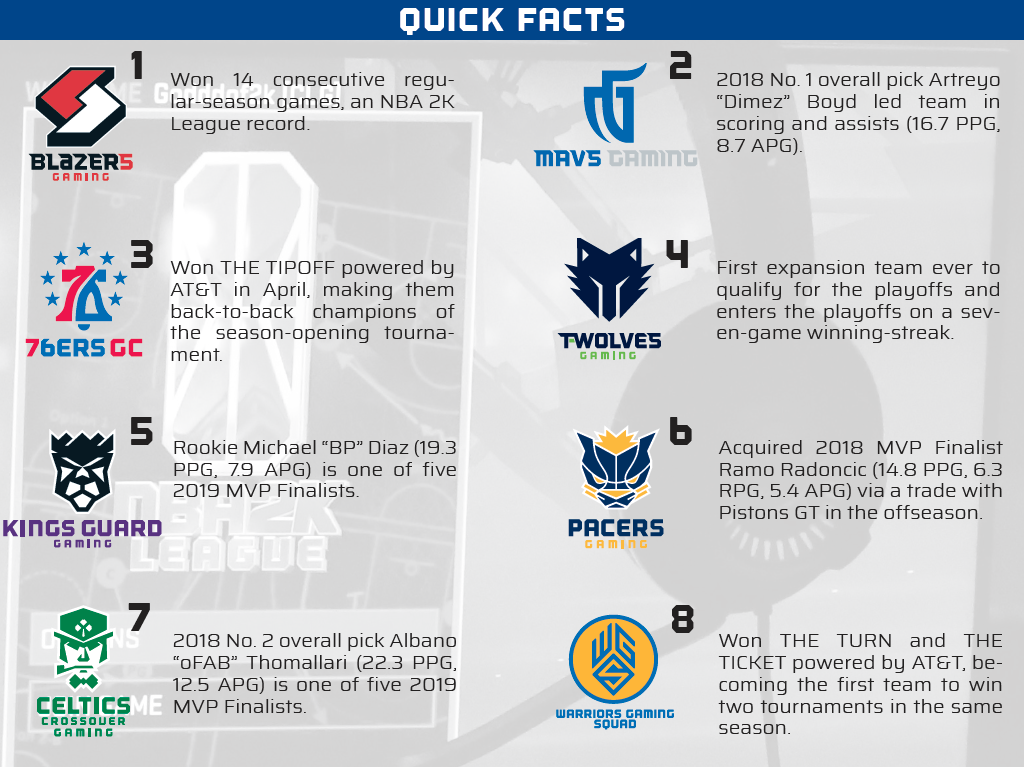 The NBA 2K League will present 10 major Intel Performance awards that honor top performers from the 2019 season. The following awards will be presented during a special pre-show at 4:30 pm on Thursday, July 25. All other awards will be announced during the broadcast on Wednesday, July 24.