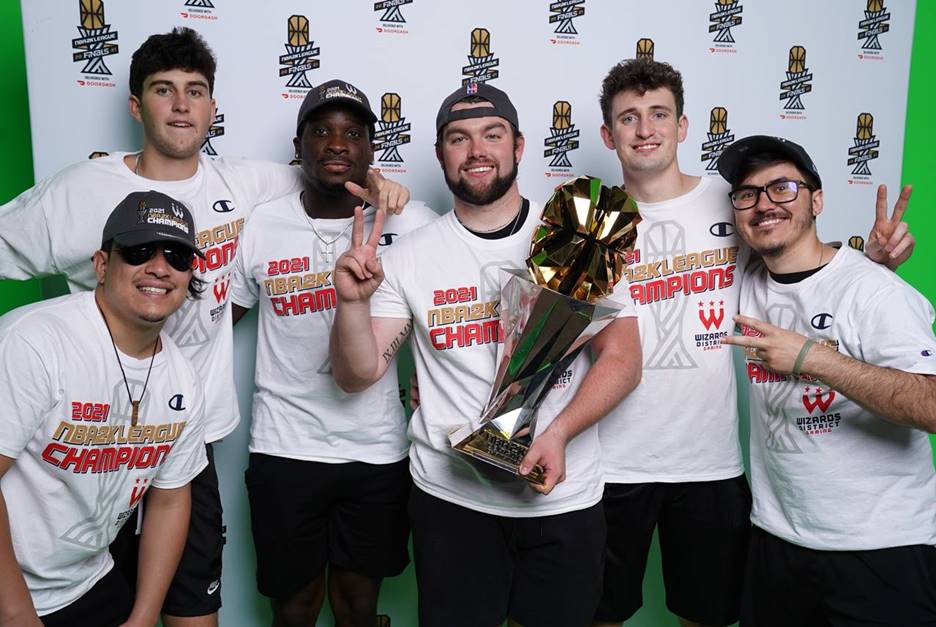 Wizards District Gaming won the 2021 NBA 2K League Championship after defeating Jazz Gaming 3-0 in a best-of-five game series by a score of 74-53 in the final game.

The back-to-back Finals wins makes Wizards District Gaming (WDG) the first ever franchise to win multiple championships in the league, which just completed its fourth season. WDG is the NBA 2K League affiliate of the NBA’s Washington Wizards, both owned by Monumental Sports & Entertainment, and was one of the seventeen inaugural teams in the league when it was launched in 2018.

Point guard and 2020 No. 1 overall pick Jack “JBM” Mascone was named 2021 Finals MVP after averaging a double-double with 22.3 points and 11.3 assists, and shooting 48% from three throughout the series.  Center Ryan “Dayfri” Conger averaged 9.8 points and 10 rebounds along with 1.8 blocks, while Brandon “BRich” Richardson netted 15.0 points and shot 70% from three.