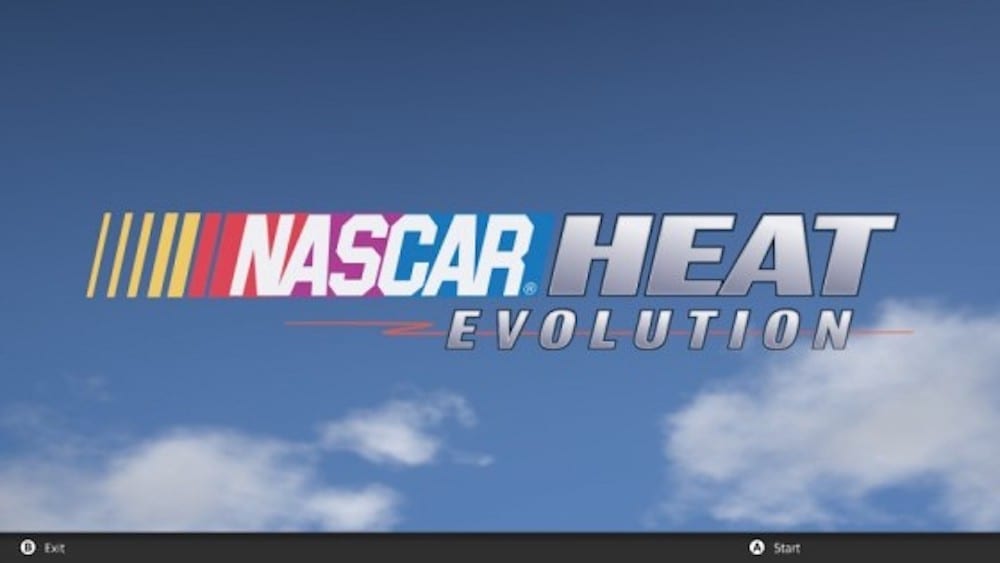 Gone are the days when NASCAR fans had multiple choices on a console to get their fix in for their favorite sport — this much we know. Now, because of massive licensing costs and limited return on investment, NASCAR fans have had to take what they could get over the last decade, or continue to play titles that were released years ago. What they need, and to be quite honest, deserve, is a development group and publisher that possesses the same amount of passion for the sport as they do.

A sport that claims to have over 50 million fans should not have its best-selling NASCAR licensed title selling just a mere 1.2 million copies. Based off that number, you can see why previous developers and others looking for a new IP would have some reluctance to pursue and partner with such a volatile and risky license. The question we have to ask ourselves is this: Is it the sport and license, or the effort and attention to detail from developers that has caused such stagnation in the development of NASCAR titles recently?

If I am being completely honest, I am guilty of playing older NASCAR games to get my fix for right now. That sounds crazy seeing that I have the newest NASCAR licensed title on PC (NASCAR 2015: Victory Edition), but there is, and always will be something inherently fun and realistic about the older games. The good ones created a nice balance of casual play with a sufficient dose of simulation mixed in, which is incredibly important in order to appeal to the masses. Now, of course there are fans who will spew the extreme of each side of the argument, but the basic truth is that any licensed NASCAR game must appeal to all people in order to be critically and commercially successful, and that is where the approach Dusenberry-Martin Racing has taken comes into play, and how important the path they have chosen really is.

Since the very first build of NASCAR Heat Evolution, I have been lucky enough to test and try each incarnation, one after another. The development team has given me the access and ability to see the title grow from its infancy to what it is today, a title that is a few weeks away from going gold. While I can say I honestly understand the reticence from the general gaming community in regards to being excited about a new NASCAR title, the fact is this is a brand new game built from the ground up. If you believe anything else, you are either misinformed or are not willing to have an open mind to begin with. If you are in the camp of “let’s see what they can do” then the rest of this article is for you.

During my time with the development and publishing teams, one of the first things I noticed — and was easy to pick up on — was their passion for bringing the sport to your console and PC, and doing so in manner that is accessible to all. In order to do that, the team has basically split the game into two separate components. You can choose the normal, more forgiving settings, or simply go for it and dive head first into simulation mode. I can tell you from hours of personal experience that there is a drastic difference between the two, and while simulation mode can still classified as accessible to all, it was designed with those who are looking for a deeper, more challenging experience.

While playing on simulation mode the AI is tough, the driving mechanics are tougher, and it requires complete concentration to have even marginal success. The most exciting aspect of this mode, for me at least, was the precision control. Now you may ask why that would be exciting. Well, let me explain. In most of the previous NASCAR licensed titles, the controls were too stiff, too loose or too inconsistent, but in NHE the controls are so well done it allows one to focus on defending your current position, while looking at your next two or three moves ahead, which is a very welcomed addition.

“The game’s AI will crash independently of an interaction with the user, and will cause yellows to come out.”

So those who were concerned that dynamic difficulty wasn’t for you, or that the difference between normal and simulation mode wouldn’t provide the type of challenge to match your skill, can rest a bit easier. On top of what’s already standard difficulty implemented into the game, the user is given the ability to manually adjust the AI on a scale, so this allows users to literally set up each race at each track exactly how they would like to, based off their skill level.

Speaking of what the game will offer in terms of depth and aesthetics, here a few more bits of information I talked about (and witnessed myself) during a recent discussion with the development team. The game’s AI will crash independently of an interaction with the user, and will cause yellows to come out. I witnessed pack racing take place at plate tracks, and even more exciting was seeing the AI break into different packs at the 1.5 mile tracks. I even endured the inevitable anxious feeling of losing contact with the lead pack, which is always a good sign.

Because of the stable and precise control the game offers, I had the chance to watch the AI ahead of me race each other for position, all while using multiple strategies to do so. Another question that was answered most recently was the fact that pit road will feature authentic pit boxes that will match the current team and driver sponsorship. While heading down pit road, the game does take control of your car, but only so you can make quick decisions on what you want accomplished during that pit stop.

Looking back, one of the coolest features in Dirt to Daytona, a NASCAR licensed game released in 1992, was the mechanical failure and DNF option in the game. So I brought this up to ask and see if it would be included, and before I could get the full question out of my mouth, I witnessed the #78 car of Martin Truex Jr.’s digital counterpart start to slow down on the track, and the on-screen message that popped up read as “Blown Engine.” Mechanical failures and blown engines are not random in this year’s title, but add too much grill tape, miss a shift, or drive too aggressive and you could find yourself back in the garage early thinking about next weeks race.

While I definitely can’t disclose all that I know — although I want to — I have seen and tested NASCAR Heat Evolution enough to know that the details included in this year-one edition have me excited. The standard joke to people who do not understand the sport is that all drivers do is drive fast and turn left, but if you actually follow the sport, then you have a full understanding of how difficult and amazing it is what the teams, crews and drivers accomplish each and every weekend. The folks at DMRacing have a very strong grasp of that, and that passion and knowledge has been transferred very well to the console and PC. The development team seems to understand that the drivers are what make this sport, and are trying to go above and beyond to make them a focal point of the game. As I mentioned before, walking the line between fun, casual and simulation is razor-thin at best, but it seems like NASCAR Heat Evolution is on the right path.