Although the season kicked off what seems like an eternity ago, NASCAR Heat the game is still around two months away from release. For those who are confused by this, developer 704 Games want the release date to coincide with the start of the real NASCAR playoffs. The same development team has also offered a current season update at the beginning of each new season to allow its community to race along with the current schedule, sponsors and new drivers — so an early September release date fits perfectly here. This is essentially year three for the new NASCAR Heat series, and while the title is going to be around for the foreseeable future (thankfully), the third year of development is an incredibly important one for any developer. The second installment of NASCAR Heat saw some favorable upgrades in terms of 40-man online racing, the ability to race online with friends and AI drivers, deeper career mode, and of course the additions of two new series, in Xfinity and Camping World Truck series. So where does 704 take the series in year three? That’s a great question, and thankfully I was able to sit down with the development team for a bit and find those exact answer(s) out. 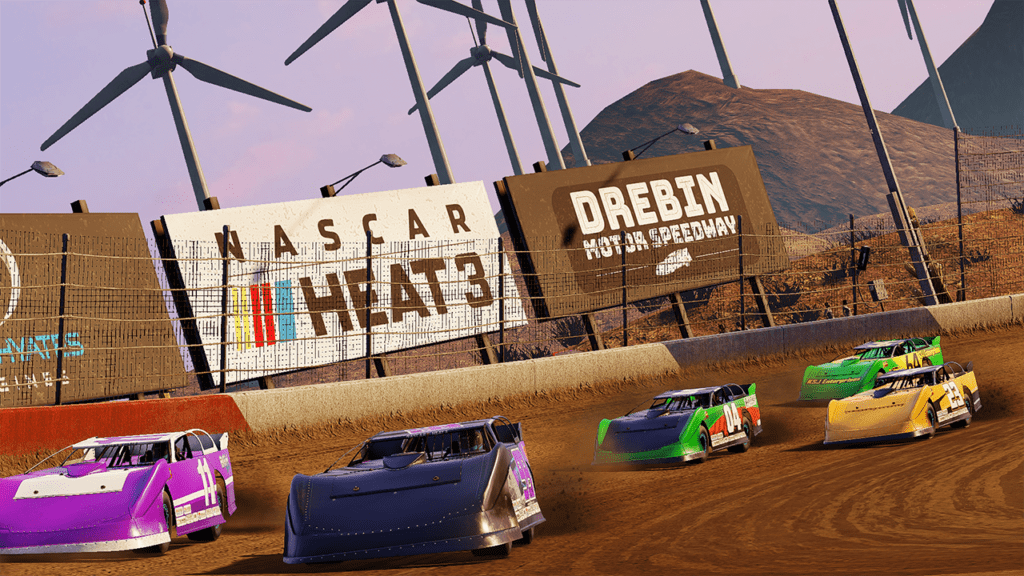 Fantasy Dirt Series – The most exciting addition for many will be an unofficial dirt series that will be utilized as the jumping point to one’s career. It’s not an officially licensed series, but still provides an extremely unique experience to the user, and one that will conjure up memories of the old Dirt to Daytona. 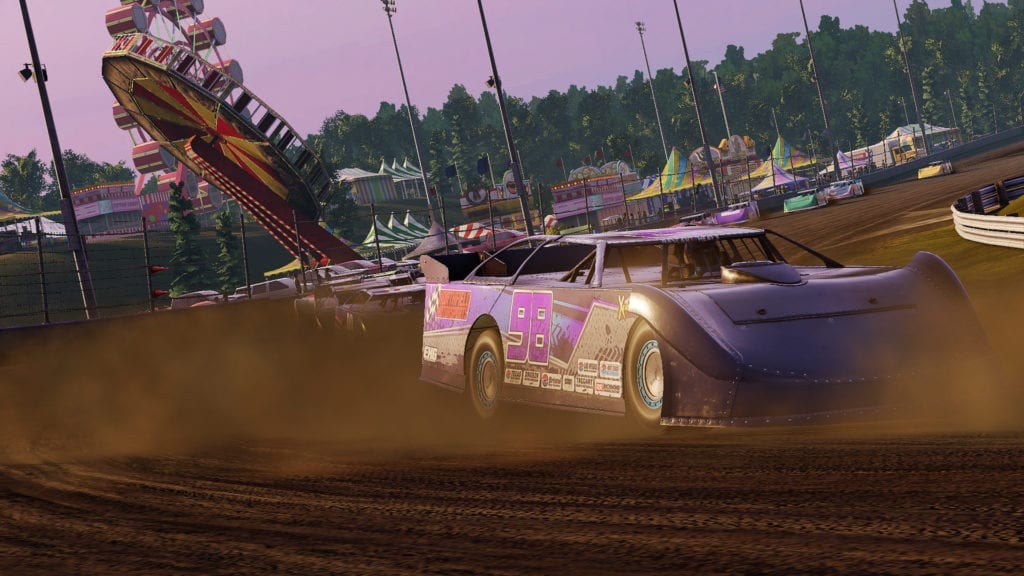 Without giving away too much, there are some incredibly fun dirt tracks to race at, and while you may be familiar with some of them, others will be a brand new experience. In my time spent with the new dirt series, I can honestly say that it was time well invested. The controls are sharp and intuitive, and strike a nice balance between sim and fun. The physics felt strong, and the cars responded as one would anticipate. The bottom line here is this, while it may not be iRacing (which it was never meant to be), it still provides an incredibly fun and realistic take on dirt track racing, and the ability to race these tracks online will see a high level of popularity. 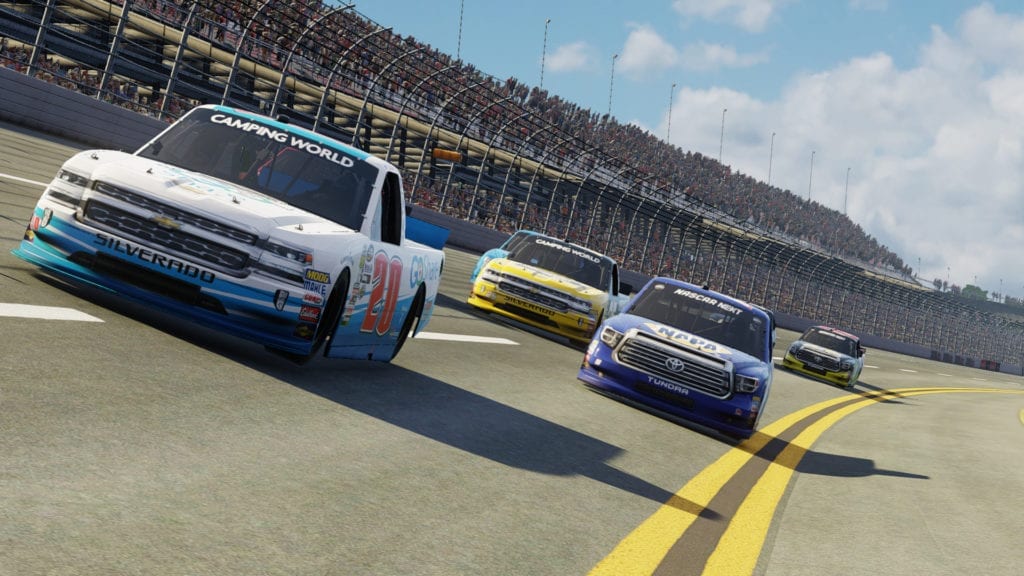 On top of the news series itself, career mode has been revamped, and will not only be a deeper, more involved experience, it will also allow the user to choose the path as owner or driver. Players will now choose between the two, with each path offering a different set of requirements and responsibilities. Choose the path of team owner, and not only will you be responsible for the results on the track behind the wheel, you also carry the burden of building that team up, including vehicle and shop upgrades, striking the balance of experienced employee versus return of investment, and much more. While a lot of fans in the racing community love this RPG-type element, if it’s not to your liking the path of the driver-only is always available for those who just seek the on-track experience. 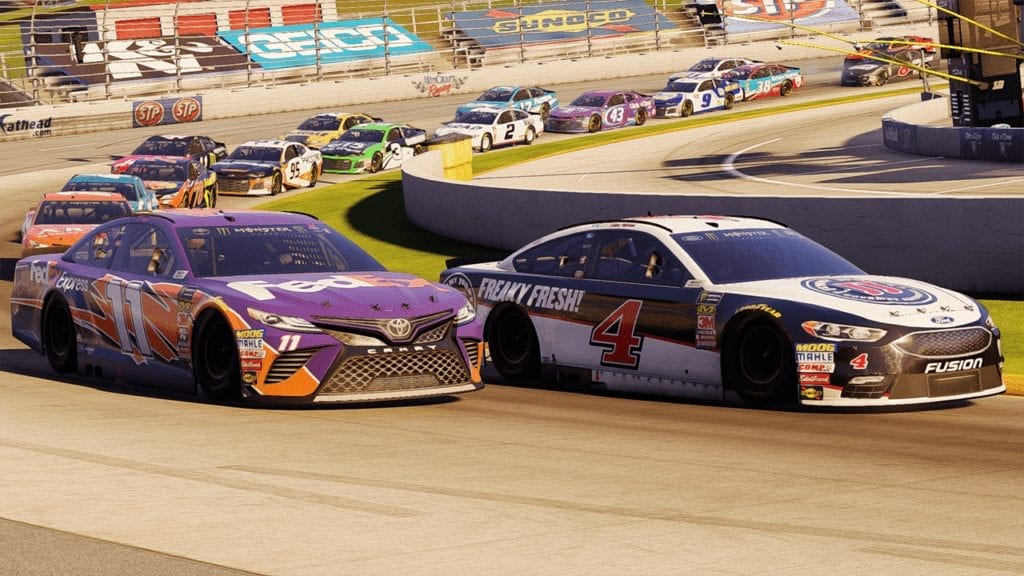 In addition to the new dirt series, 704 has spent a lot of time retooling and adjusting the AI. This was interesting for me as I thought the AI in NASCAR Heat 2 was incredibly solid, but I love the fact that the developers are constantly to trying to improve the game and series in multiple ways. In my time with racing the AI, I saw a bit more aggressiveness and smarter lines being taken, and the racing felt organic. When speaking to the developers about what the end-goal was here, they simply said they wanted to create an AI that took chances like a human opponent would, but still maintained a certain level of on-track awareness. 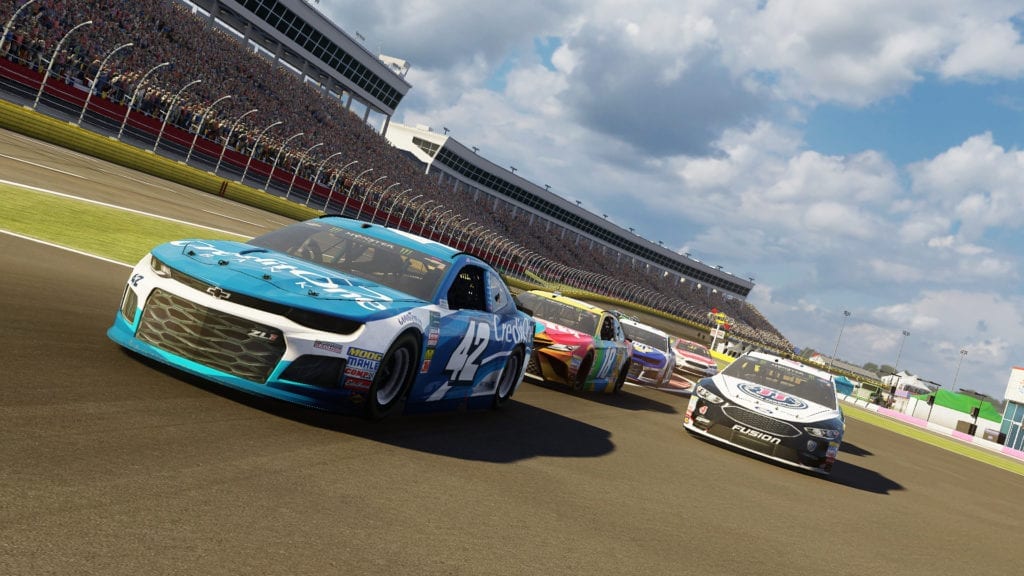 A new series and an upgraded stable of AI opponents is not a bad way to start, thankfully there is more, and one of those improvements is the upgraded physics and handling. What I can say without giving away too much is the handling felt as good as ever. The game will now also provide new levels of difficulty with a series of setups for each level that allow the driver to decide which setup fits the best for the track. As we get closer to release, I will dive much deeper into this option because I believe it warrants it. Just know that you should be excited about this inclusion, and I think you will be when you finally get to experience it for yourself.

If you have followed and played video games recently at all, then you know fully well about esports and competitive gaming taking center stage lately, and the importance of what it brings. Not to be left behind, 704 will introduce new NASCAR Heat 3 online offerings in terms of leaderboards, weekly challenges and a competition that will ultimately find the winner down in Miami racing for a digital championship. Once again, we will explore online options, modes and challenges much more as we get closer to release.

There are a plethora of changes, upgrades, and new inclusions in NH3, and while many may be subtle or small in stature, they definitely make NASCAR Heat 3 feel like more than just a new driver lineup and set of schemes. Some of these improvements include new camera views, new pre- and post-race presentations, new in-race views, and a new graphics and lighting engine. There is definitely a lot more to preview and discuss, and we will stay on of it all the way through release. For now, though, I think it is a fair assessment to say that I can feel and see a legitimate difference in this iteration of the NASCAR Heat series, and look forward to bringing the community another detailed preview soon.

Here’s the official NASCAR Heat 3 cover art and trailer below. 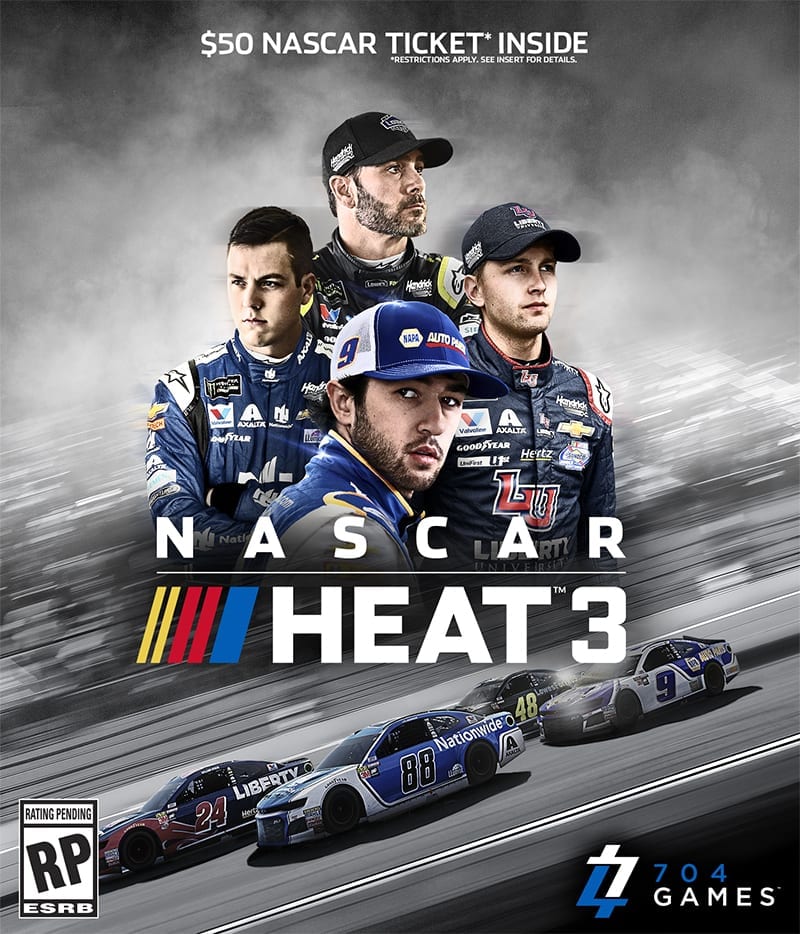