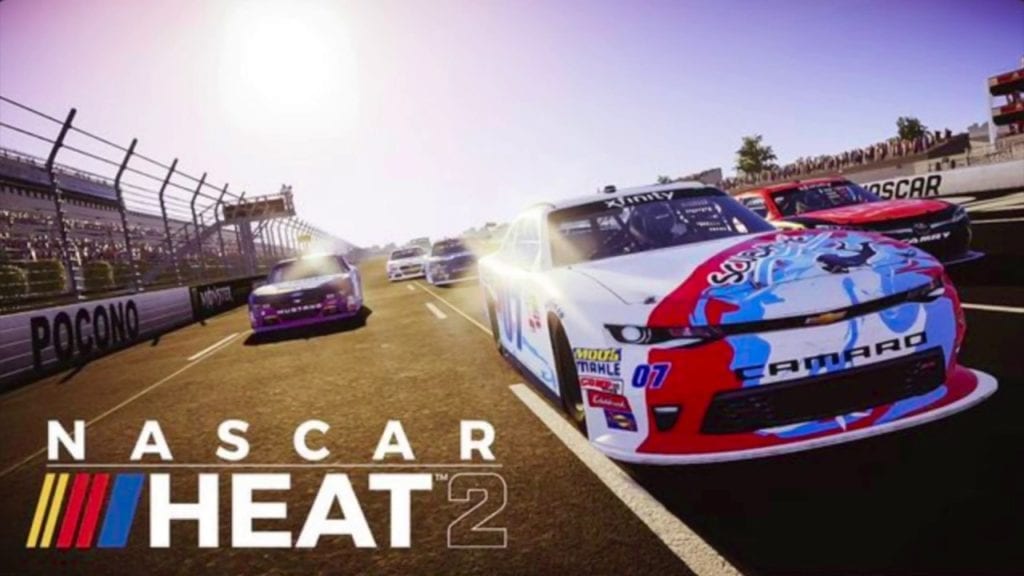 We are about three weeks away from the release of NASCAR Heat 2, the follow up to NASCAR Heat Evolution. If you never had the chance to play NHE, while the foundation was strong, the game lacked depth and longevity. The developers at 704 Games look to turn that around with the latest iteration, and hope to give the community more of what they were looking for in round one.

So what was added to this year’s title? The biggest addition to NH2 by far is the inclusion of the top three series under NASCAR’s competitive umbrella. The Camping World Truck series, Xfinity series, and of course, the Cup series will all be featured. The game will also feature six new tracks, created from the ground-up, which were needed to add authenticity to the lower series. While there are a few smaller additions to NH2, most of what is left has been adding depth to what was already there, which is welcomed. 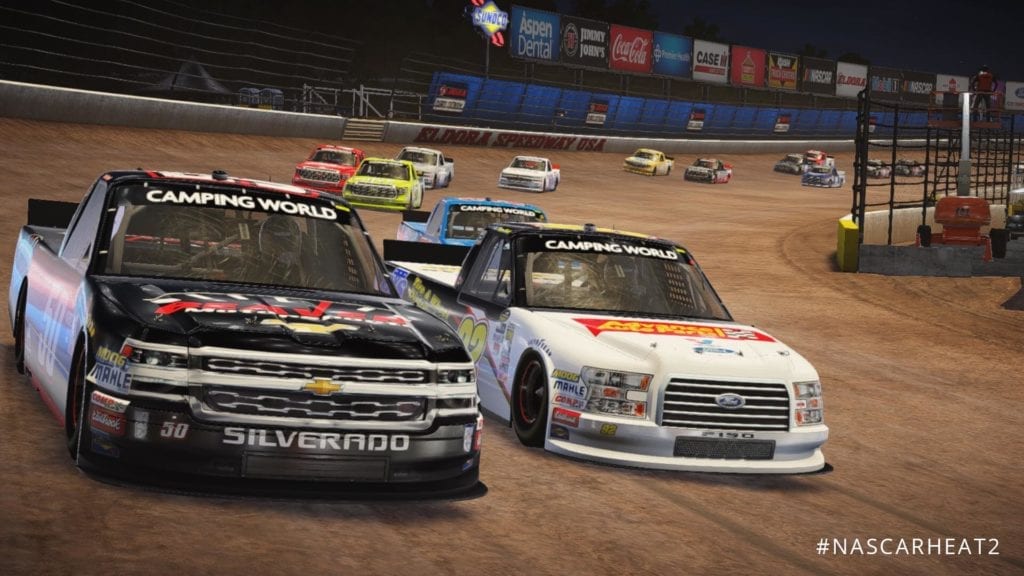 Career mode will now see the user start in the CWTS, and have to earn their way to the Xfinity, and ultimately, the Cup series. I spent some hands-on time with career mode, and one really strong addition is the simple fact that starting out, you have no guaranteed ride — at all. It is purely a week-to-week basis, and depending on how well you perform on-track, it can lead to other opportunities, and hopefully achieving the end goal, a full-time truck ride. This will also carry over to both the top two series as well, as in real life with NASCAR, nothing is guaranteed without on-track performance. 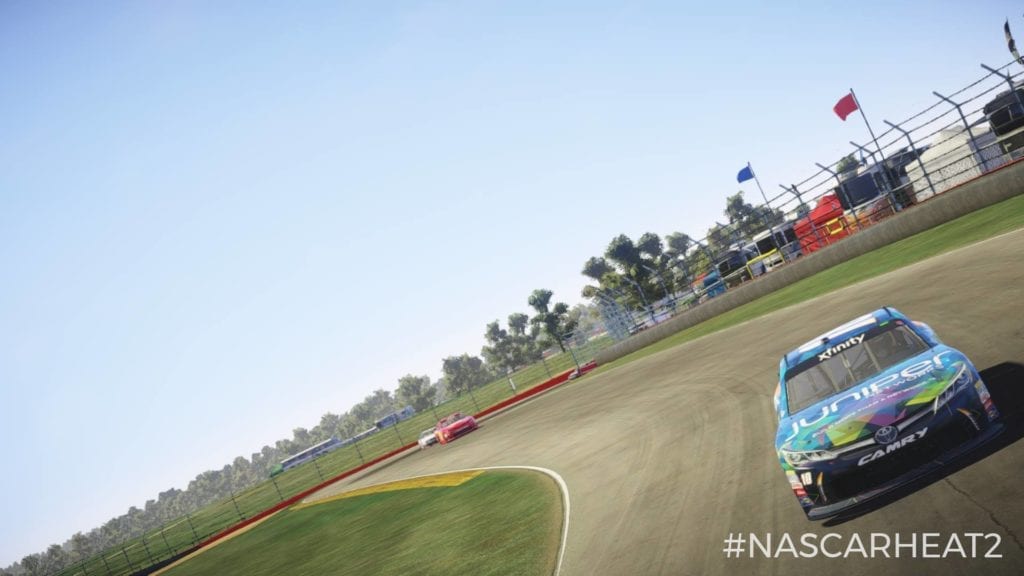 On top of diving into career mode a bit deeper, I also took the time to check out the updated handling and AI performance. While the AI was still being tweaked at the newer tracks, I was able to test both Cup and truck at Atlanta Motor Speedway. While the difference is somewhat minimal in handling, it definitely has been refined, and requires one to understand not only how their car is handling, but also the nuances of the track. On the flip side, the difference between handling from the truck series to the Cup series is realistically noticeable, and requires the user to understand that. I was able to take the truck and race it in a full field, pinned up against the wall, while the surrounded by the pack. This lasted for almost three laps until I was able to make a move, but the handling was done so well that it allowed me to nestle within a few inches of the other truck(s), maintain my line and still look ahead for openings. While I wouldn’t describe the scenario as white-knuckle racing, it most definitely was tense, and required full focus from me to maintain my position. 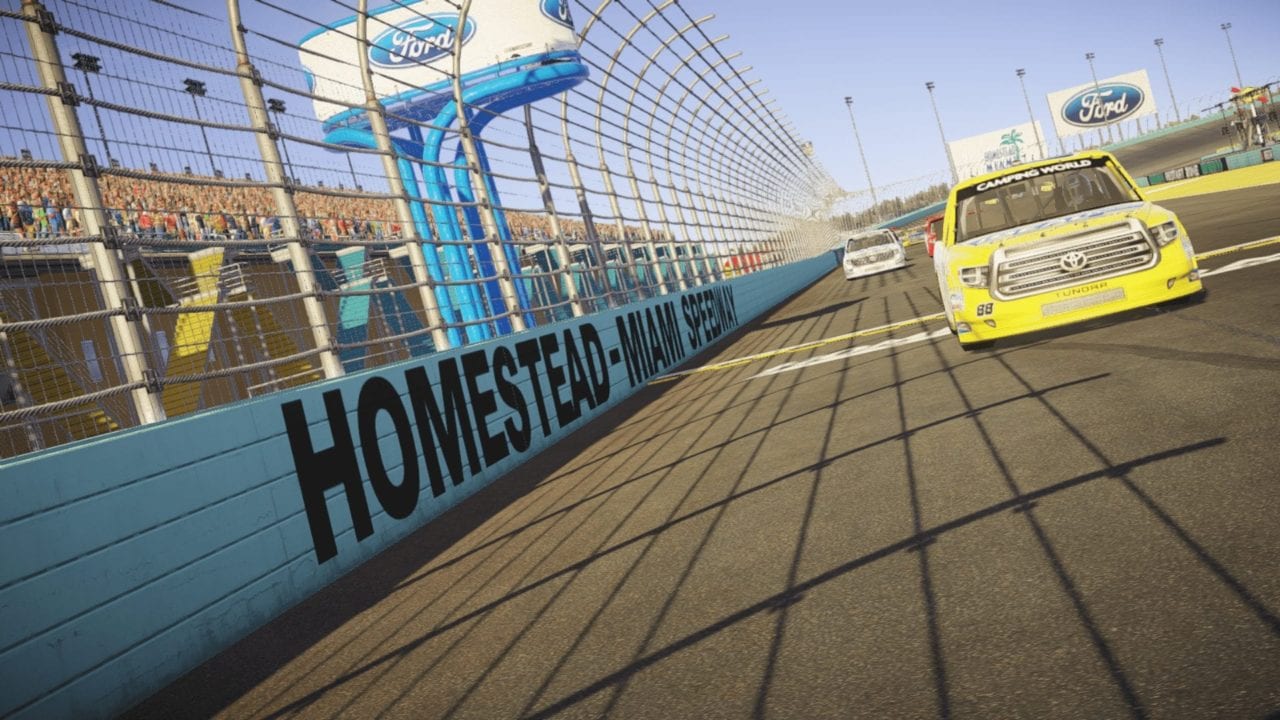 Racing the trucks again, this time my focus was not on handling or being competitive, but rather watching how the AI interacted with each other. While physics and handling are incredibly important to any racing title, for many who choose to race offline, the AI is just as important. I was hoping to see the trucks looking for different lines and battling each other, and not just me, for position. Thankfully I saw this, and saw this often. While I wouldn’t describe the AI interaction with each other as extremely aggressive, they were willing to step out and try a different approach, as opposed to just turning laps with each other. The best description of what I witnessed from the AI is that it simply looked organic.

I spent about an hour with the developers and the game this time (and about five hours overall), and can honestly say I still feel very confident in the direction and vision the developers have for this title. While I am hoping to have a review copy of the retail game very soon, NASCAR Heat 2 releases on PC, PS4 and Xbox One on September 12.