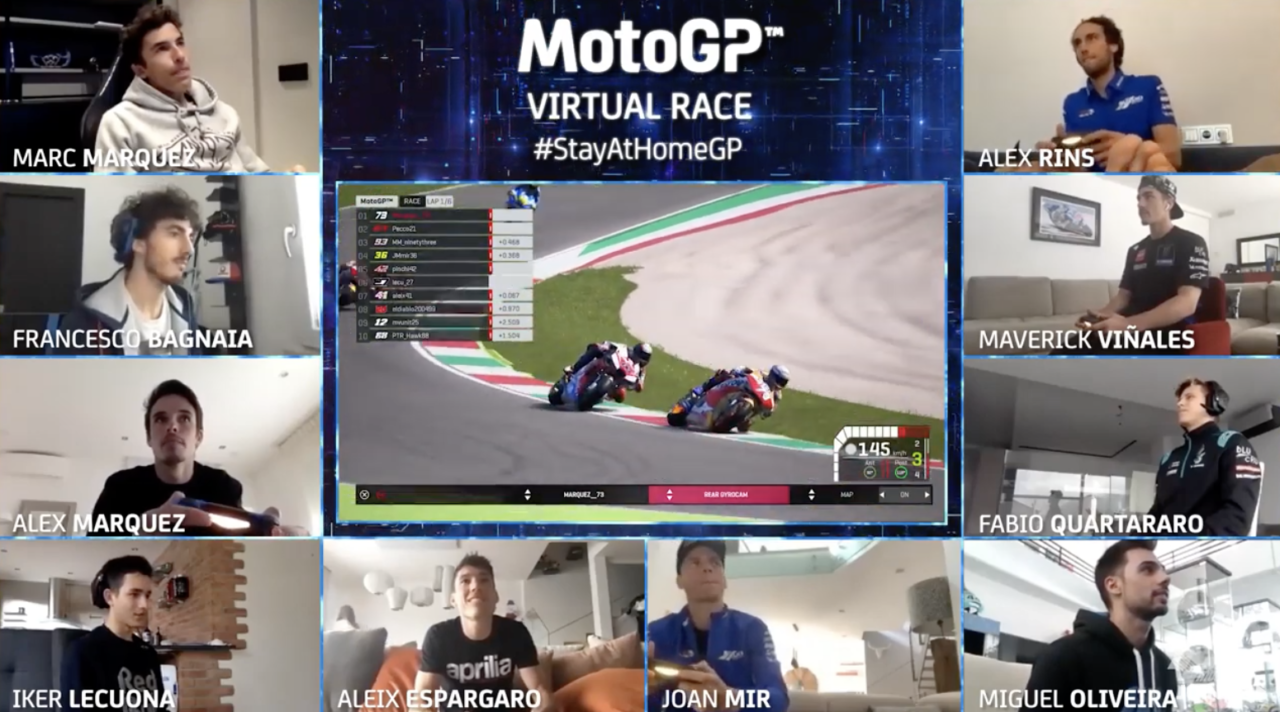 Due to the success of the first event, MotoGP announced its second virtual race today. The virtual race will be held live on Sunday, April 12 with a new cast of premier class superstars, along with a few returning participants, including reigning MotoGP World Champion Marc Marquez, Valentino Rossi (Monster Energy Yamaha MotoGP), and Danilo Petrucci (Ducati Team).

If you missed the first MotoGP Virtual race, you can watch it below.

The upcoming virtual race event will begin at 9 AM ET. Fans can watch the race at motogp.com and esport.motogp.com, as well as select TV broadcasters, and across MotoGP official social media platforms including YouTube, Twitter, Instagram, and Facebook. In addition, MotoGP will be hosting an Instagram Live session with the winner of the race.