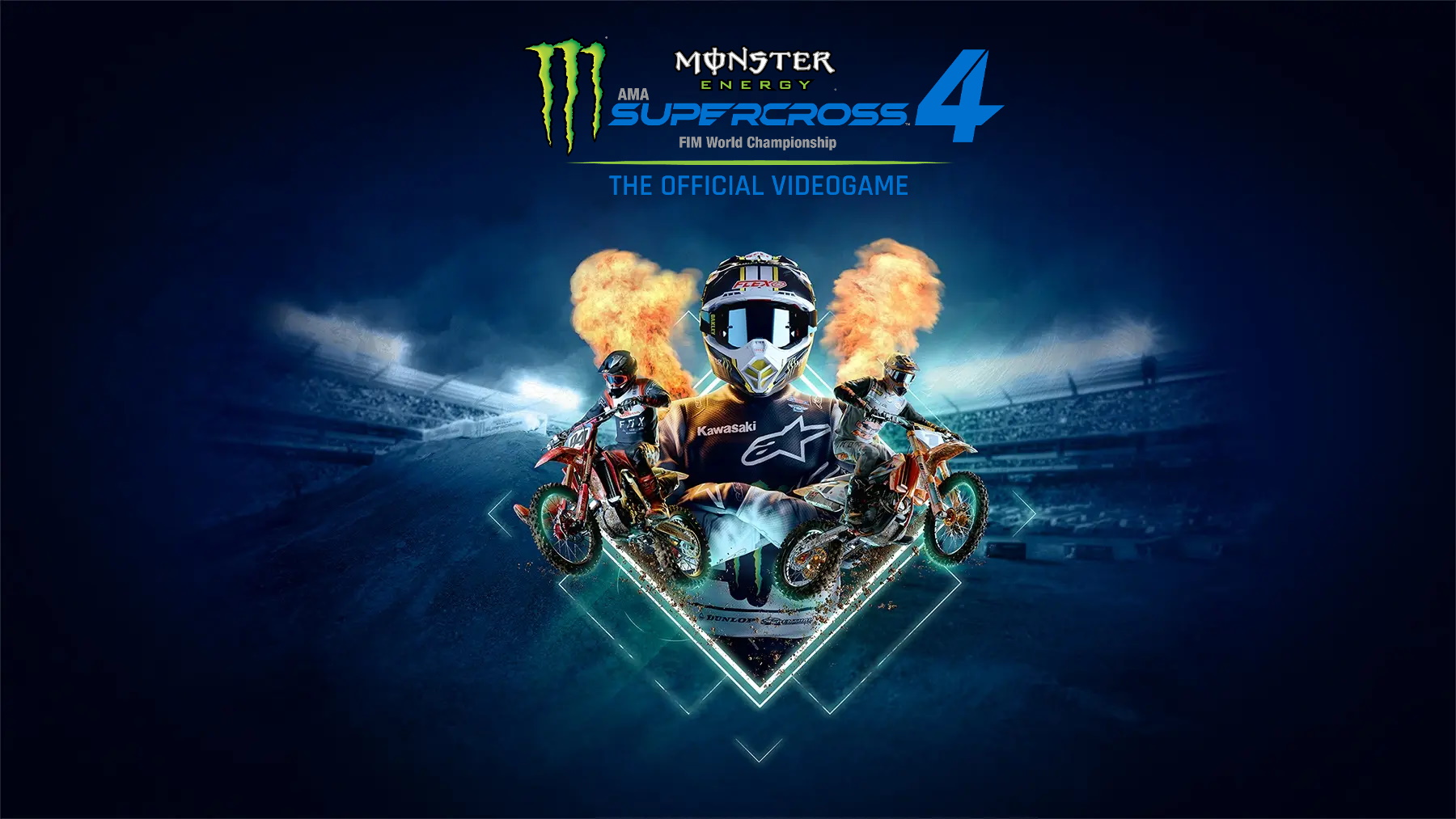 The development team has promised a deeper experience in career mode that sees you start in “Futures” and work your way up to the “Pro” division. MESX 4 also offers up a whole new skill tree that plays a large part in becoming the ultimate Supercross champion.

The developers also stated they included a more intuitive track creator that will allow you to re-create the official Supercross tracks or design your own with the help of new modules and new customization options to build it your way.

Milestone, at least in my eyes, has always been a developer that has trended upwards with its titles, but the studio does so via minor tweaks instead of revamping whole modes in a single developmental cycle. With that in mind, let’s jump into the review.

The career mode in Monster Energy Supercross 4 takes a new approach and includes new options to help develop your skills along the way. For those who are not familiar with how the career mode in the Monster Energy Supercross franchise had worked in the past, you started off as a rookie and your only concern was performing well on the track and fulfilling your contractual obligations to your sponsor or team.

In MESX 4, that has changed. Now there are three tiers in your career mode. You start with Futures and end up in the Pro division if you prove your worth.

You can still choose between joining a team or starting your own path and accepting only an independent sponsorship, but MESX 4 also allows you to request a contract from a team that may have not quite taken notice of you during your Futures endeavor. 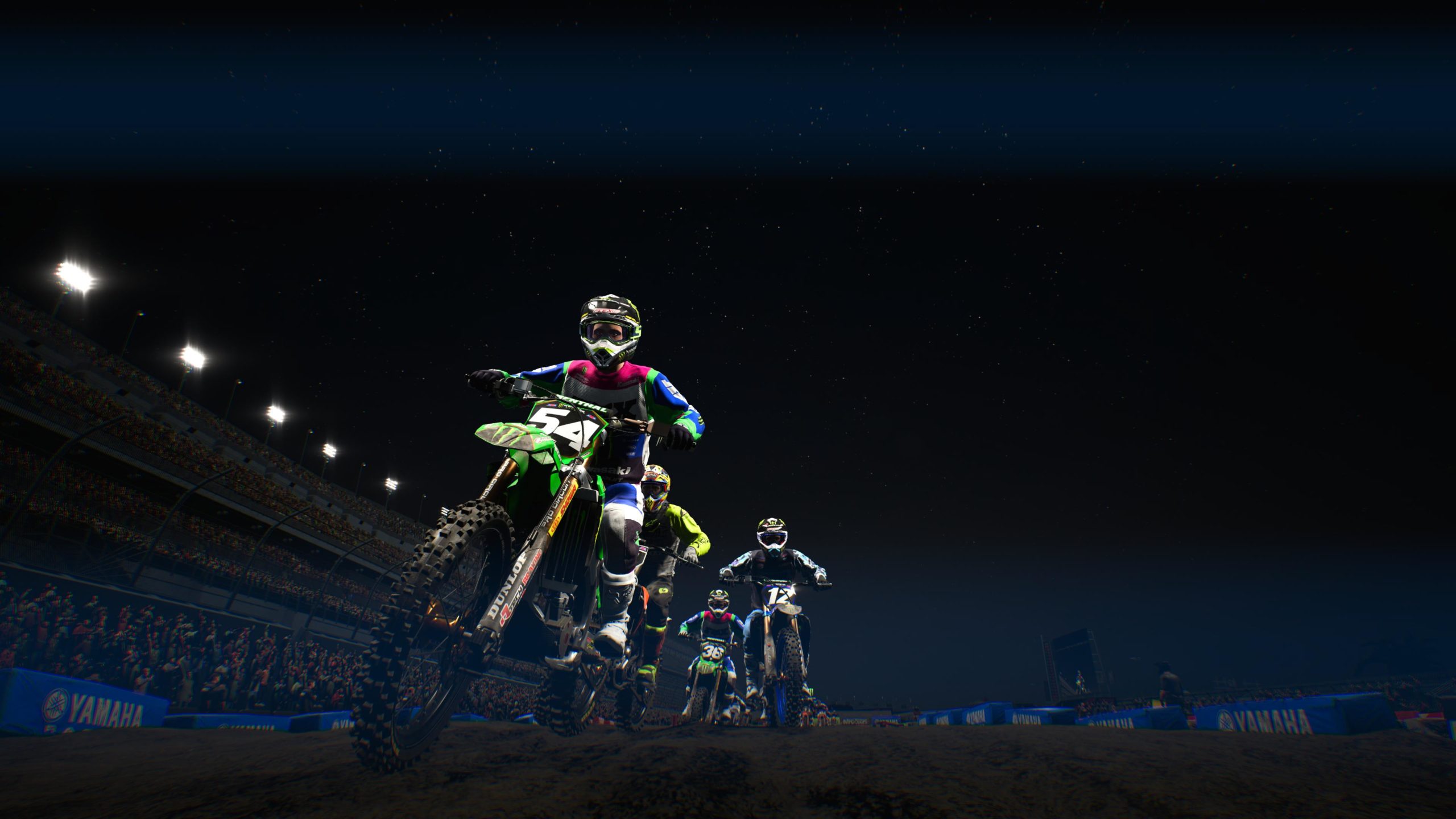 Although you can now request a contract to join and participate with a team of your liking, it doesn’t mean that the team is going to automatically accept that request. I experienced both an acceptance and a denial in my time with MESX 4.

Also new to this year’s career mode is the abilities skill tree. This new inclusion basically sees you collect skill points by completing certain objectives outside of the weekly event, and it allows you to distribute those points into your skills categories. The more points you collect and distribute, the more consistent your performance on the track becomes.

The new skills tree and the events create a nice layer of depth that the Monster Energy Supercross franchise lacked in the past, which is welcomed. In no way though is it genre-defining or what I would even consider a massive leap, but it works on a basic level and in the way I think the developers designed it. 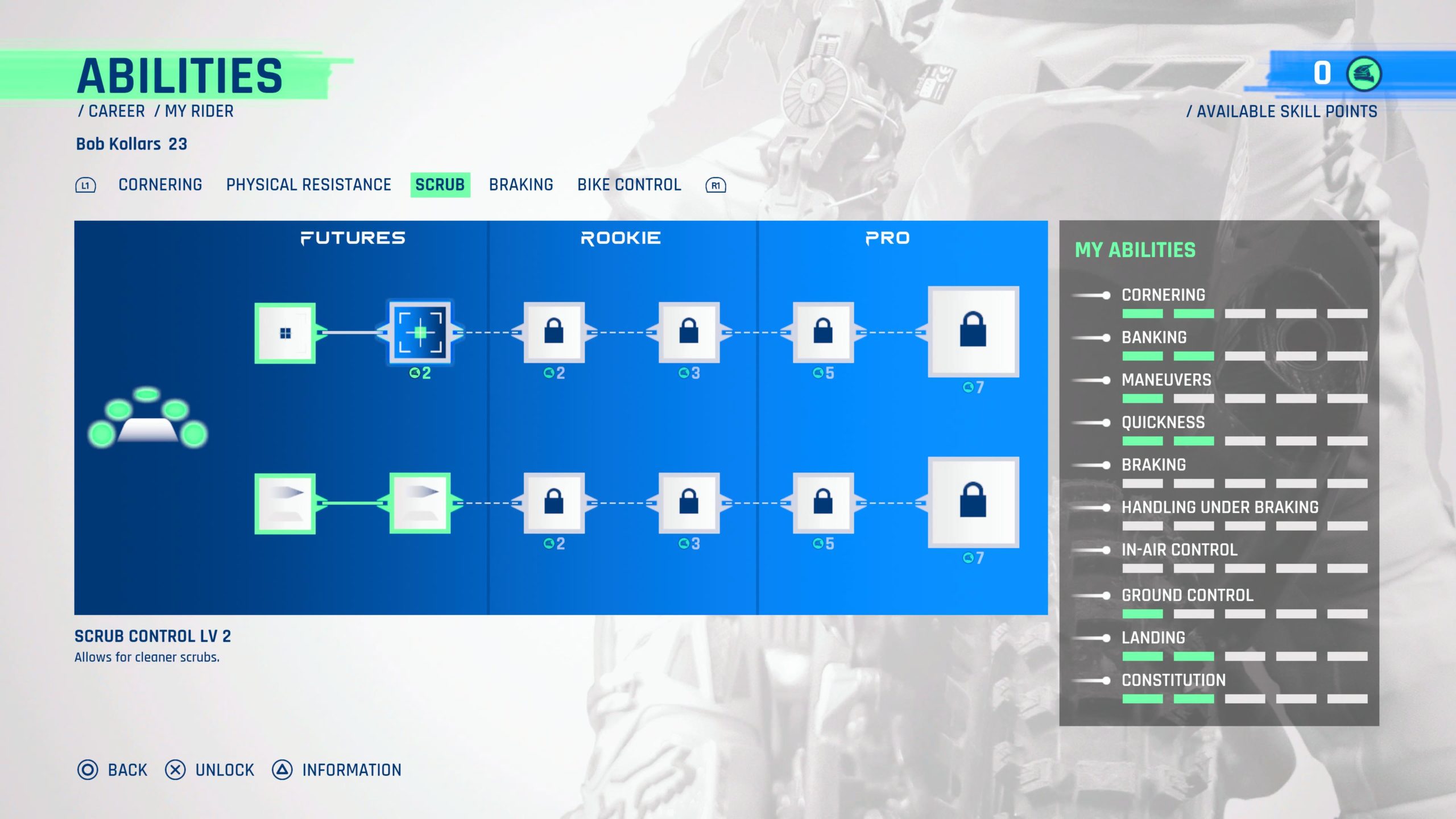 The career mode in MESX 4 is where I spent most of my time as there was enough depth, fun, and diversity to hold my interest over the long haul. The mode isn’t perfect, and I dealt with a bit of repetitiveness in my time with career mode, but overall, it provided a decent level of addictive action.

The controls and physics in Monster Energy Supercross 4, while not perfect, are consistent enough to be enjoyable and deliver an authentic experience. Having played the previous three versions of the MESX franchise, I can tell you there is an improvement here over its predecessors, but it’s somewhat incremental. 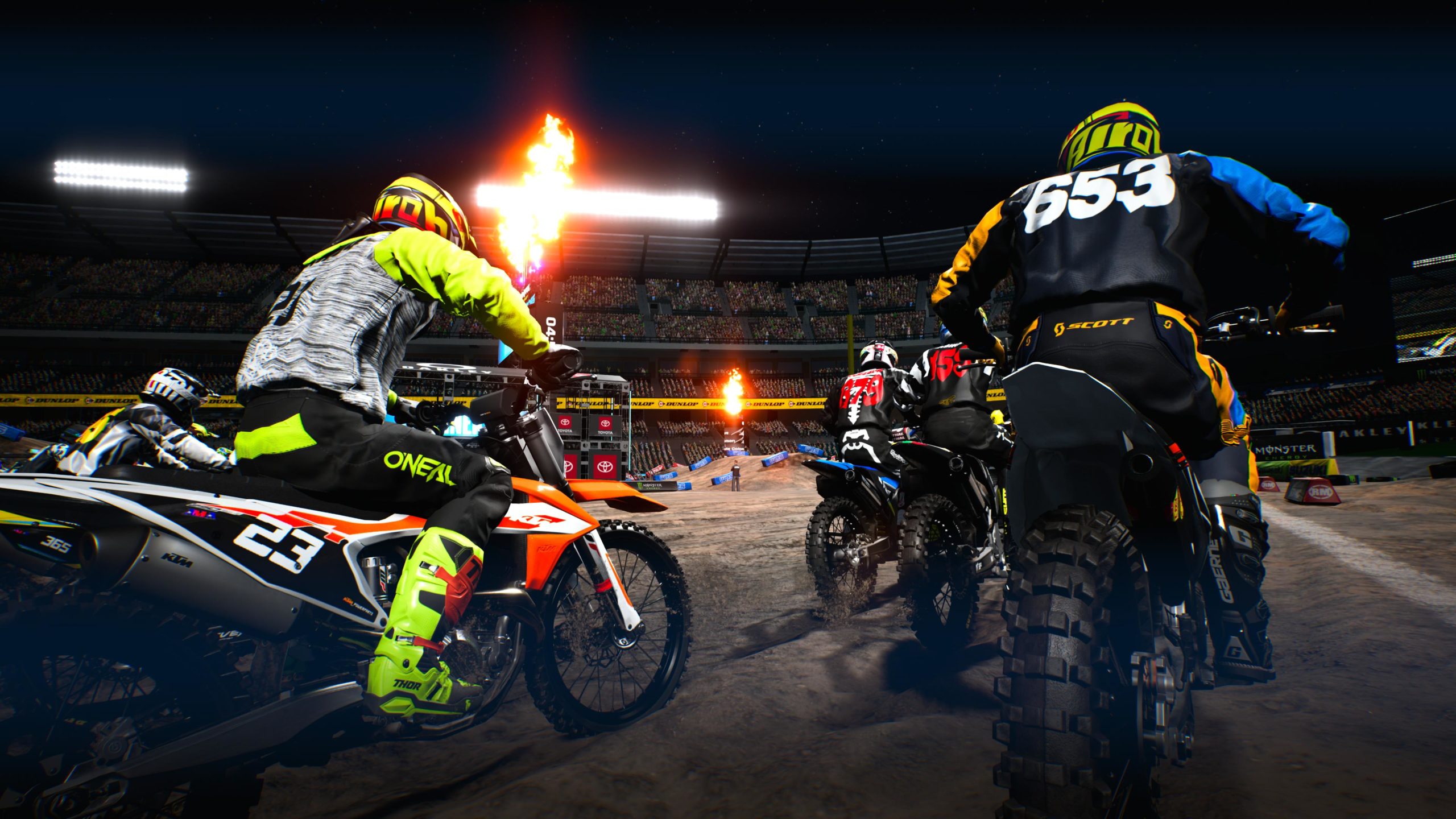 What I enjoyed the most about the MESX 4 control and handling system is the precision requirements and how you are penalized if you are inconsistent on the track. There is a very rhythmic vibe that I found throughout my time at each venue, but the control system is dynamic enough to know when you are in and out of rhythm and how to rectify that.

I also found it interesting that even on the lower level difficulties you have to understand the basics of racing a motorcycle in these types of environments. What I mean by that is no longer can you just ride around the track and be consistently good. You have to have a basic understanding of how to utilize the bike’s ability to scrub, whip, drift, and perform timely weight distribution if you have thoughts of even cracking the top five when the race is over.

As I mentioned in the opening of this review, Milestone has tweaked the track creator again to be a bit more intuitive by implementing an easier user interface and “click and drop” design. You can create something straight from your own creative mind or tweak an official track that is already included in the game. 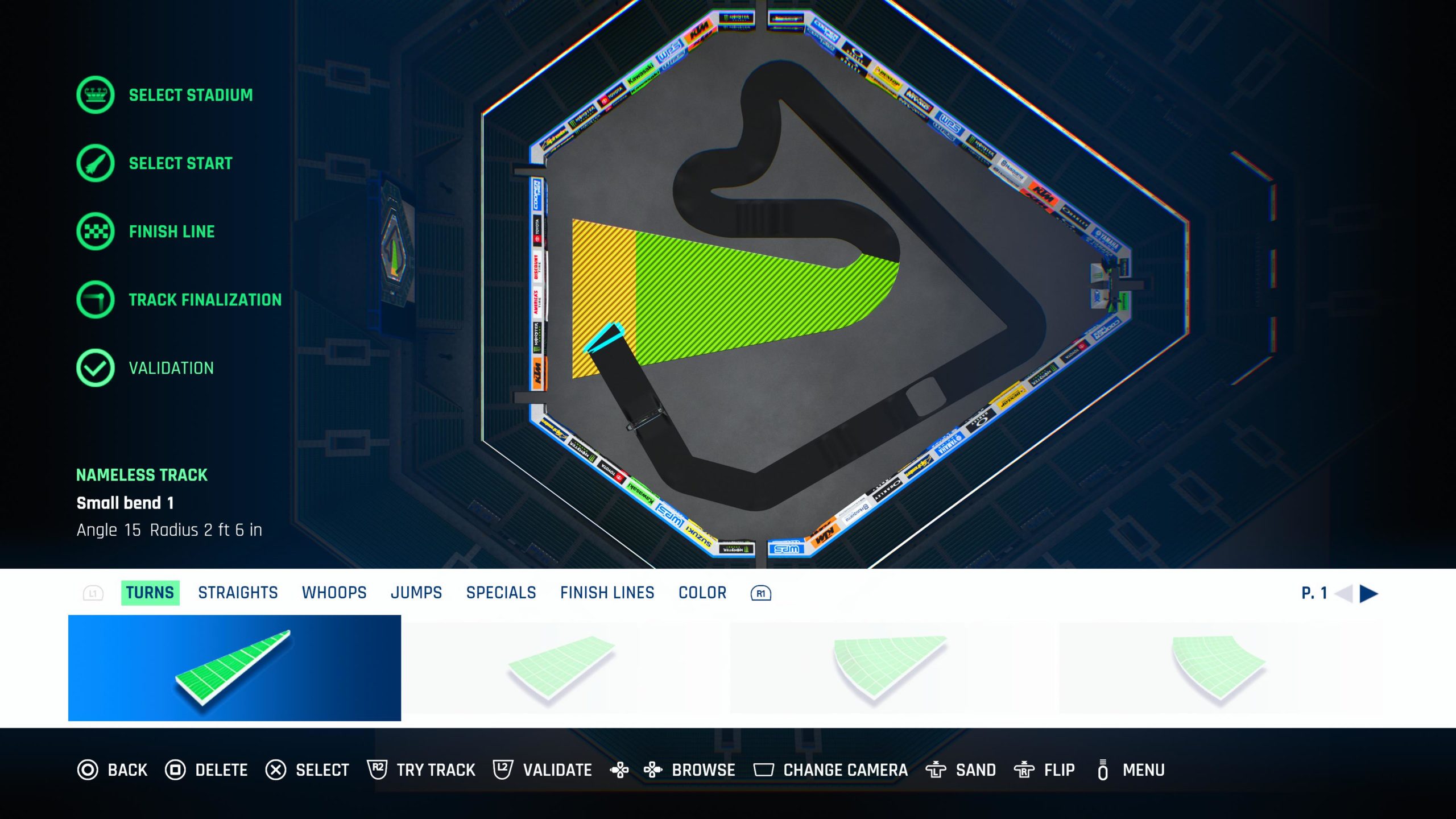 In my time with the creator, I found the ease of use to be high, which allowed me to focus more on what I wanted to create and less on how to create it. With each track that I created and tried, it was easy to see what worked and what didn’t, and I found myself tweaking and adjusting often.

Even if you’re not the creative type and struggle with some of these in-house creation tools, I think you will find this one very accessible and easy to use.

In the past, I have been quick to mention the lack of presentation in this series, and while nothing here would be considered outstanding, it is a definite upgrade over its predecessors. From pre-race pyrotechnics and fireworks to a focus on your drivers and their results, the game delivers a consistently strong presentation package both on and off the track, and one that adds a level of authenticity this series has been missing. 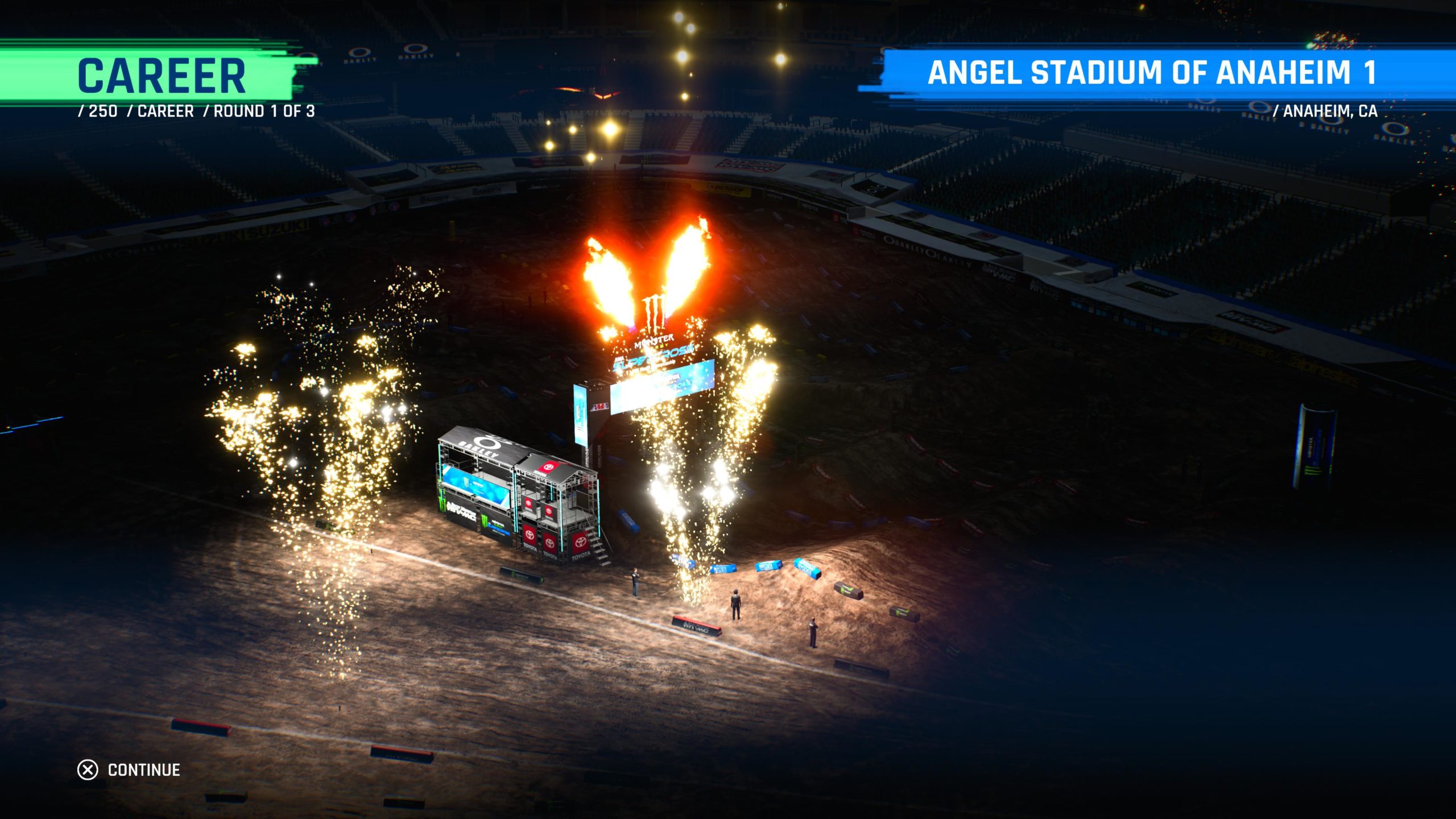 Basically, the MESX franchise offers up enough presentation to be noticed in a good way and not be a detraction within the game. The venues, tracks, and bikes look incredibly detailed on the PS5, and you can feel the environment underneath you and around you in with every rotation of your wheel.

There has always been a varying level of frustration that coincides with the AI opponents in the games Milestone creates. The biggest issue comes down to how my rider is susceptible and impacted by certain situations on the track versus how the AI is impacted in those same situations.

In one scenario, I may lean against an opponent and find him very difficult to maneuver around. However, in that same scenario, my opponent can easily disperse of me and make the move to gain a position. It’s as if I live in the world of real-time on-track physics, but my opponent only claims part-time residency in that same world. 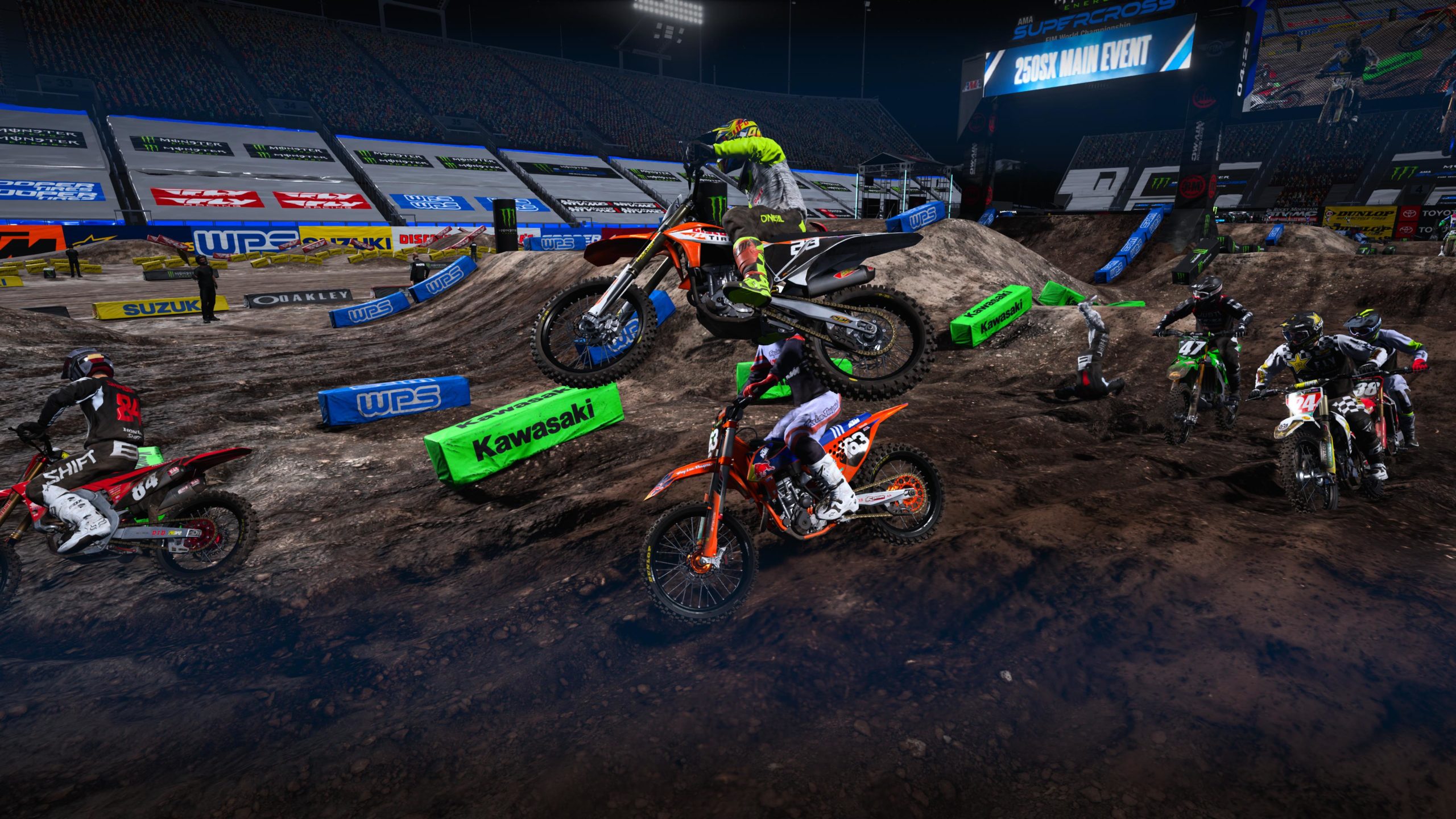 I often found myself being punished for landing incorrectly, and yet I witnessed opponents landing the exact same way and continuing on with the race as if nothing ever happened. The same physics issue would see me landing on top of another driver and being carried for a fleeting moment, which has been a long-standing issue in this series.

However, not all is bad in the world of AI opponents in MESX 4. They are consistently aggressive, race each other hard for position, and make mistakes on their own without me being involved. In the end, it’s not about the AI opponents being bad, it’s about them being a bit overpowered and playing with a different set of rules.

I have real concerns about the accessibility of this title. I spent hours playing on multiple difficulty levels to understand the differences between each one. I am a veteran of this series, having played every Milestone title that has come out over the last five years, and there were times where I struggled on the lowest level of difficulty if I did not have the right focus. 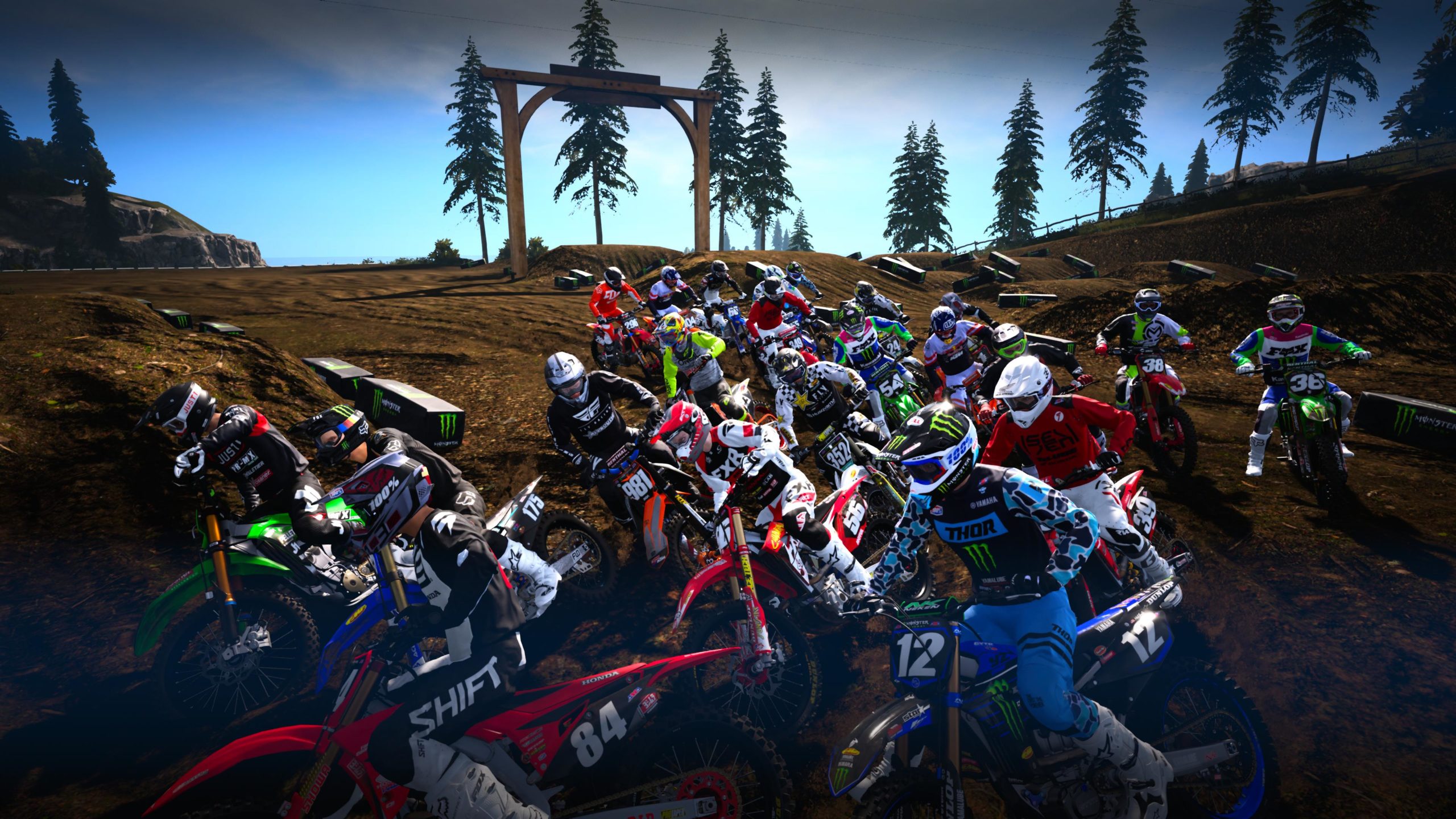 Now, this is something that a large percentage of the community has been asking for, but my fear is the change on the track will limit the window of accessibility for people of all skills and ages to find enjoyment here.

What Milestone has delivered with Monster Energy Supercross 4 is a solid step forward for the franchise in terms of depth and authenticity. The presentation package has improved, the career mode is deeper, and MESX 4 offers up a solid online suite of modes and options.

Not everything is perfect as I mentioned. The AI lives and plays by a different set of rules, and the level of accessibility for newcomers to the series is questionable at best. Even with issues I’ve mentioned, Monster Energy Supercross 4 offers a lot of fun and depth in surroundings that look wonderfully detailed and vibrant on the next-gen systems.