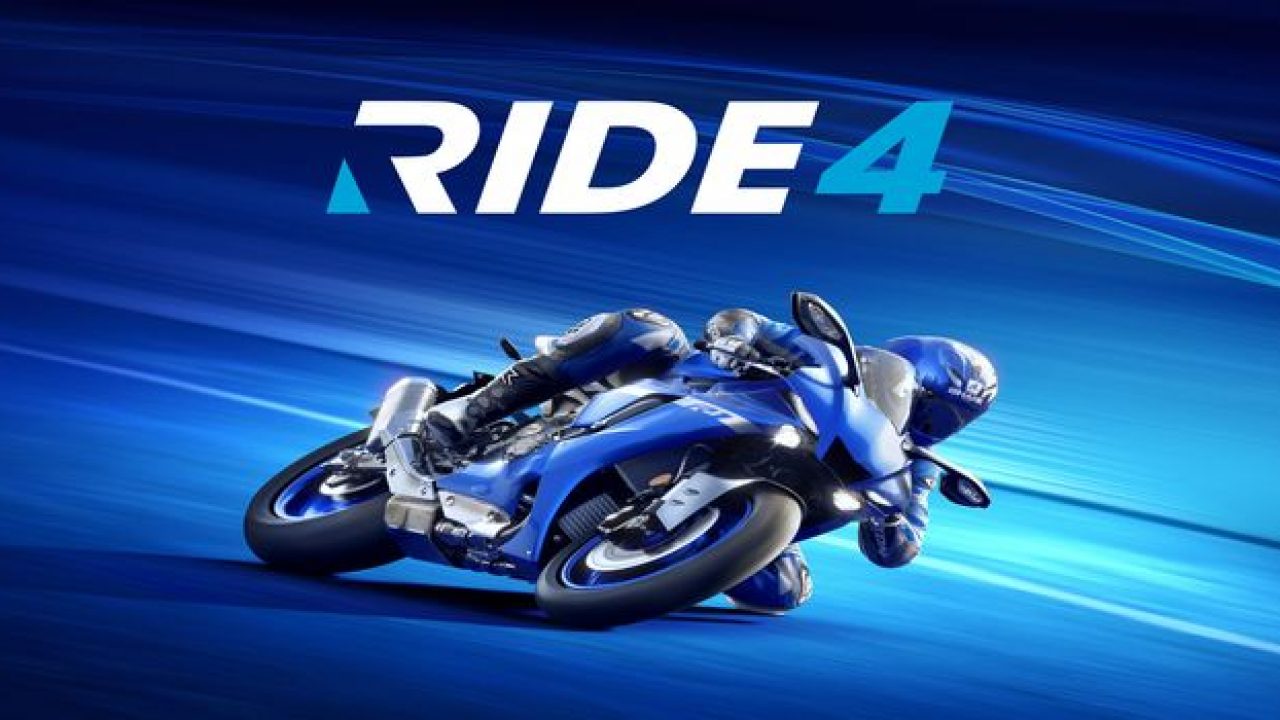 Milestone is an extremely busy developer these days with multiple titles in the market, including MXGP 2020, MotoGP 20, and the reason we are here today, Ride 4. Yes, Ride 4 was originally released on PC, Xbox One, and PS4 back on October 8, but the developer has followed that up with an enhanced and upgraded version for the next-gen consoles.

When Ride 4 originally was released (read my review here), the game delivered more than 250 bikes, 34 tracks, and 22 official manufactures. With the enhanced version(s), all that remains. What has changed is the ability to utilize and harness the power of the new consoles and push the realism and authenticity of the title even further.

Here is what is new for the next-gen enhanced version:

As you can see if you read my updated review for Milestone’s other newly released next-gen upgraded title, MXGP 2020, the enhancements are very similar on paper. However, while they may look very similar, and although these two titles are developed under the same umbrella, they race very differently on the track, and so the new upgrades have different types of impact.

Ride 4 is a street and paved or concrete track racer, unlike MXGP 20, which is an officially licensed MX dirt game, and the enhancements playout differently on screen and rightfully so. Ride 4 is a more nuanced and elegant racer, and while the game will place you behind a series of powerful machines, the difference between the two titles is night and day. 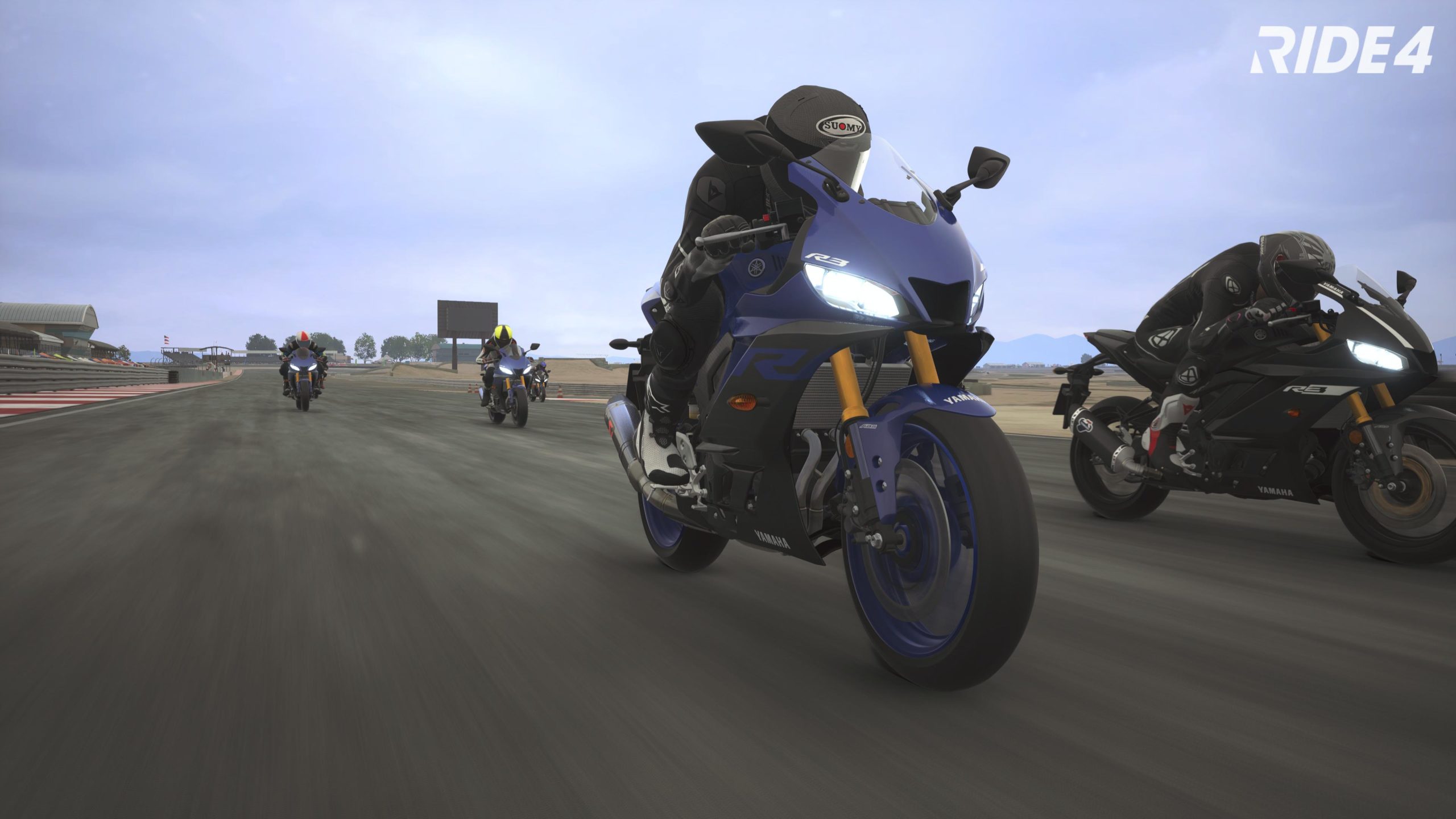 I briefly mentioned the differences between MXGP and Ride, and the importance of that comes in when you look at the different worlds in which these games reside. When I talk about what I like in Ride 4, it isn’t as flattering as when I talk about it in MXGP 2020, but this is okay for a couple reasons.

The venues at which you race in Ride 4 are typically more reserved and neutral when it comes to the track itself and the surroundings of each track. So while the enhanced graphics that are found in Ride 4 are definitely more detailed and realistic than the previous Ride 4 release, it still feels a bit muted when compared to MXGP 2020. 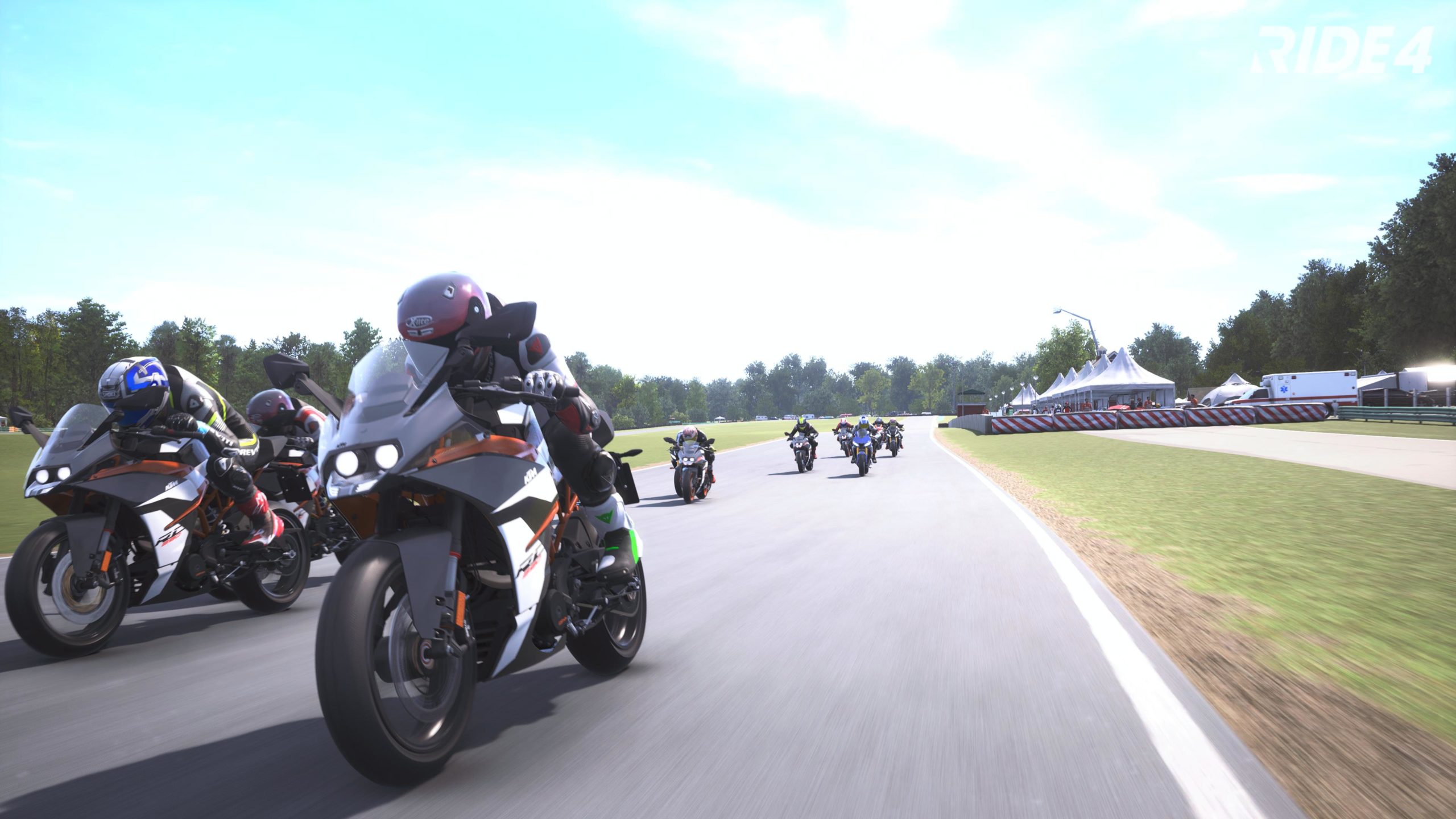 That said, even with the surroundings in Ride 4 feeling somewhat tempered, the level of detail that is seen on each and every bike that is in the game is evident and cause for a “pause and look” more often than not. I really came to appreciate the authentic detail and work of the developers in this area of the game, and while it’s hard to take notice at 150 mph racing down a track, it is clearly more noticeable than in the last-gen version of Ride 4.

Reviewing Ride 4 on the PS5 gave me the opportunity to really test out the differences between last-gen and this gen via the utilization of the haptic feedback and adaptive controller. While I could tell the difference in both areas, it wasn’t as dramatic of an experience as I was hoping. 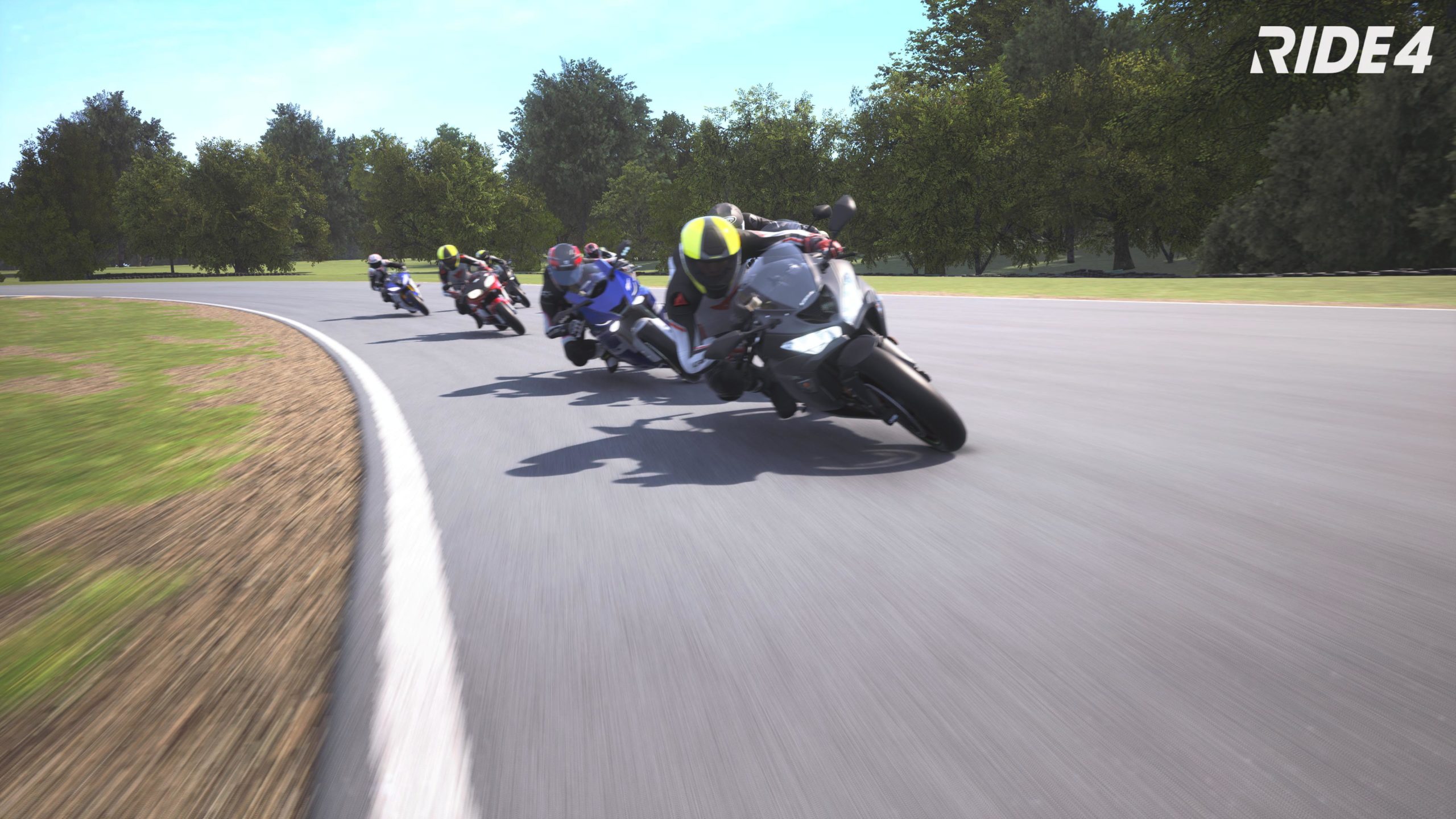 In the end, I still enjoyed the added layer of feel that the new control abilities gave me in the palm of my hand, but MXGP 2020 simply felt better.

As an overall experience, Ride 4 is still a great time, especially for fans of the old TOCA and Gran Turismo progression styles. What I didn’t like though was the mere fact that the enhancements and upgrades, again, felt like less of an upgrade when compared to MXGP 2020. The feeling of the bike is still relatively the same, and while that’s not a bad thing, I was hoping for a more dialed in feeling and a higher sense of control.

As I mentioned previously, the tracks and their surroundings just do not lend themselves to being an optics spectacle to begin with, but I felt like Milestone could have delivered a bit more of a living and breathing experience when it came to each venue. 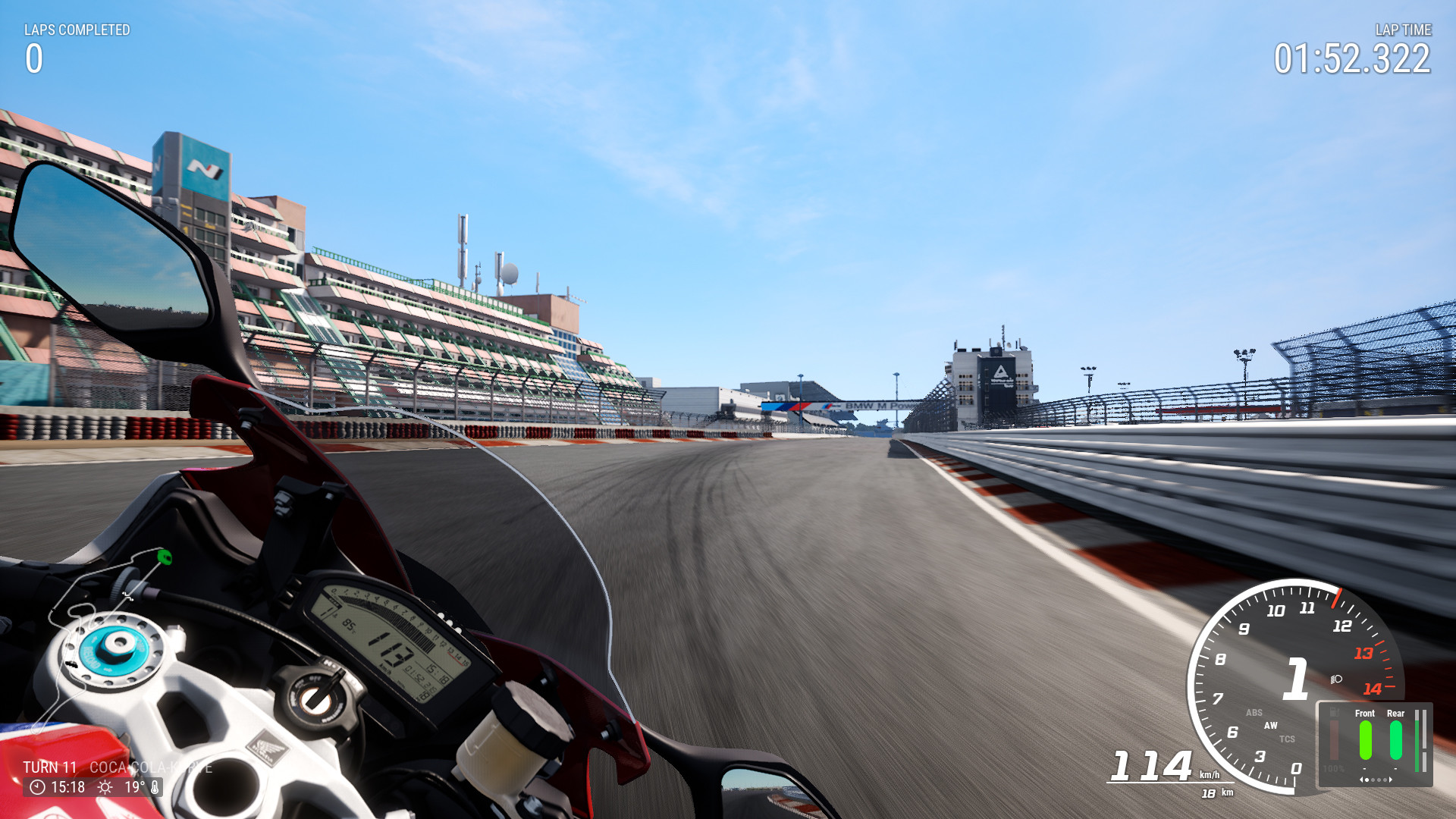 The racing and action on the track is truly a work of art in motion, and thus it will never reach the level of chaotic on-track action of an MXGP 2020 or a Wreckfest type title, but you have to understand that to begin to appreciate the style of racing that unfolds in Ride 4.

With Ride 4 I did a bit more of a comparison between games than I typically do in any of my reviews, and for good reason. Both Ride 4 and MXGP 2020 are developed by the same company and both titles have a next-gen version available.

In my original review, I loved the depth and accessibility of Ride 4, and that hasn’t changed. For those who have already purchased Ride 4 when it was originally released and are trying to figure out if a second purchase is worthy of the enhancements, I would say yes. 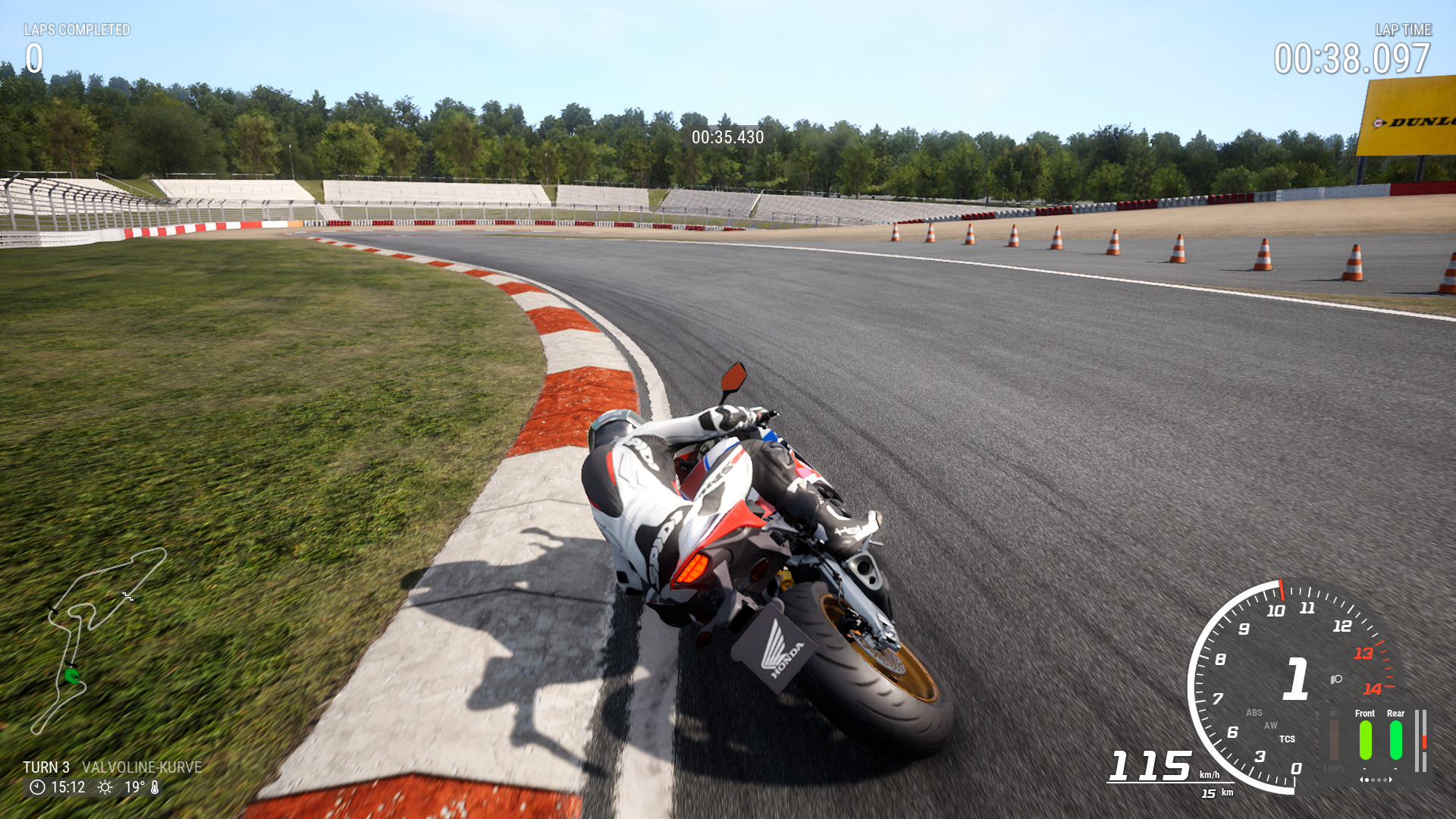 The enhancements in Ride 4, while not as strong as in MXGP 2020, still elevate the game in a way that fans of the series haven’t seen before. Because of that, and the depth of title, Ride 4 is an easy addition to the rotation.

Ride 4 is available on the Xbox Series X and PS5, and for those who have already purchased the title on your previous system, it is a free upgrade — but an upgrade with one caveat for PS5 users: