There has been a resurgence of motorcycle racing games lately, and that resurgence is mostly due to the Italian-based developer, Milestone. One of its tentpole titles is Monster Energy Supercross, and the fourth iteration of that game is set to drop on March 11 for both PC and console. The folks at Milestone were kind enough to send me a preview copy of the newest version of the game, Monster Energy Supercross 4, and this allowed me to spend some time with the game. MESX 4 is still in development, but it’s almost finished and is at a stage that can still showcase many of the new enhancements and improvements. 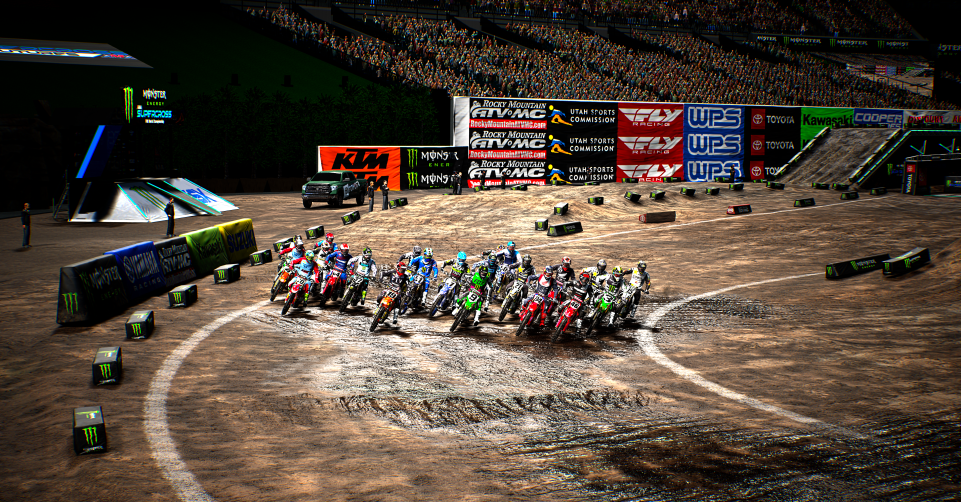 First, let’s go through some of the PR bullets and fill you in on what Milestone is touting before I get into my thoughts.

“Let’s go back to the “Futures”! Become a champion improving your talent year after year, through a whole new skill tree with the revised career mode. From Futures to Pro, start your path to glory improving your talent through a whole new skill tree and become the ultimate Supercross champion with a completely revised career mode.”

Basically, career mode now sees you start off in the Futures, an AMA National Championship and official advancement platform of Monster Energy Supercross program, and from there you work your way up to become an MESX 4 superstar (assuming you have the skills).

“The Track Editor is back. Unleash your creativity and make it your own! Recreate the official Supercross tracks or design your own ones with the most intuitive and advanced Track Editor. New modules, new customization options to build it your way.”

“Explore the new area inspired by the beautiful landscapes of the Maine Islands.” “Step into the boots of the Official Championship heroes! More than 100 riders from the 450SX and 250SX for a new, enriched roster.”

“More than 110 official brands and new cosmetic and performance customization options for the rider and the bike.”

Now we have an idea of what’s new in Monster Energy Supercross 4, so let’s look at how the game is shaping up at this stage of development.

What Has Me Excited? – Monster Energy Supercross 4 Preview

Above all else, the most exciting change that I witnessed was the change in control of my rider and bike. In the past, it felt like the track was somewhat of a separate entity from the bike itself while having attached linearity while racing.

As I became more familiar with MESX 4, it became very apparent that my rider and the track felt connected, and both were living in a less static world. The venues also feel alive and there is now a tangible synergy that can be felt while racing. This synergy includes the track, the bike, the AI competitors, and the surroundings of the venue of your choice.

Where this improvement in control comes into play most noticeably is when whipping around the corners, as the game required me to nail the braking and timing just right. A well timed whip can set me up for a good run for that lap. If I missed or was pushed aside by an opponent, the time trying to recover from that is real and the process is frustrating, but in a good way that feels authentic.

I’m not trying to oversell the changes in control that have been made in MESX 4 at this point, but the changes do feel real and for the better. 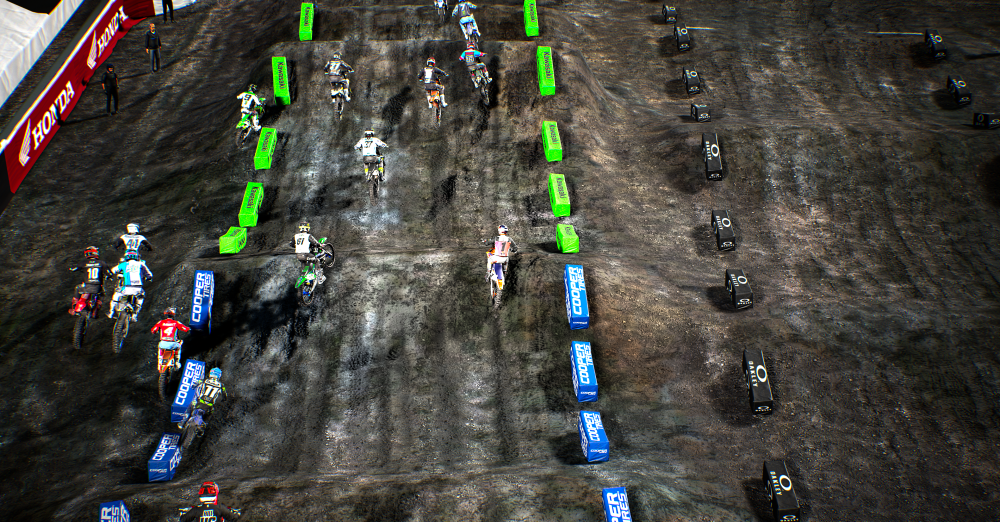 In the past, one of the biggest knocks on the MESX series has been the AI competitors and their lack of situational awareness. On top of that, the AI riders would rarely make on-track mistakes without the user being involved.

During my time with the preview build, I witnessed anything but the standard AI performance, as often AI riders made mistakes, and made them on their own or while battling other AI riders. I consistently saw AI riders taking the wrong approach to a jump, to a turn, or they allowed their aggressiveness to take them off the track altogether — as witnessed in the screenshot above.

That being said, the AI performance is something that could still be tweaked, and quite drastically at this stage. At times, it felt like maybe a few too many mistakes were being made by the AI competitors, but I will take that drastic swing if I have to pick between the two poles.

My assumption is that the AI will be tweaked before the title goes gold, but my hope is that it is only refined. As I booted up the MESX 4 preview build for the first time, my expectations were tempered, and that’s generally my mindset when playing games that are not yet finished. Even with those expectations being kept in check, I couldn’t help but feel excited — and I believe there are good reasons for that.

Milestone is famous for making small upgrades over time to push each of its respected series along, and that probably isn’t going to change with MESX 4. What did impress me though were the number of upgrades and enhancements throughout the game. Some of these changes could be seen, some of them could be felt, and overall there were little things to pick out as positives overall.

Those who have played the series before will feel right at home with it, but they should also notice the wide range of changes that have been administered, both superficially and under the hood. None of these changes feel drastic, and they shouldn’t at this juncture. What I did like in the early preview build was how the additions all seemed to matter and had real thought behind their implementation.

As a preview build, I had access to a large percentage of the game, but modes like online and career were disabled for now. With less than two months before release, nothing major is going to change, and moving forward the changes and improvements will be subtle as Milestone prepares for launch.

For more information about the upcoming release, you can visit the official site for now.