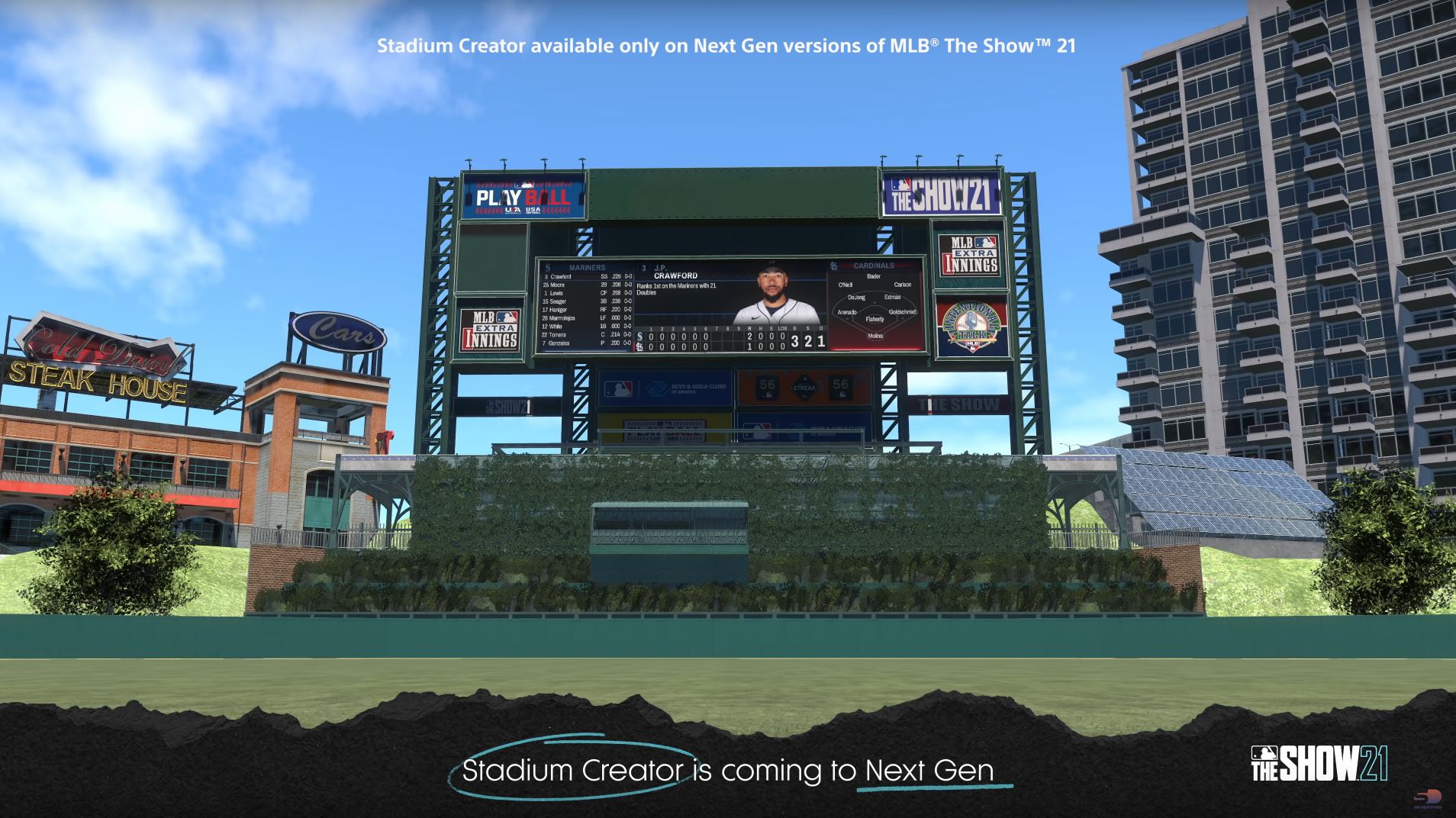 San Diego Studio has released a new video teasing next-gen enhancements coming to MLB The Show 21. The teaser included the previously leaked stadium creator, as well as some other next-gen upgrades. The MLB The Show 21 create-a-stadium feature is coming to next-gen consoles at release. It was also noted that create-a-stadium will not make it into PlayStation 4 or Xbox One consoles.

For years, stadium creator was withheld from current-gen consoles because the game lacked the memory space to include such a feature, according to SDS. With this announcement today, it seems like SDS was not yanking our chain on that one.

In any case, the addition of stadium creator on next-gen consoles will undoubtedly excite those who are lucky enough to already have PlayStation 5 or Xbox Series X. Some of the things the stadium creator feature will offer includes varying wall dimensions, wall colors, several different scenic backdrops, different grandstand layouts, scoreboards/jumbotrons, and more. 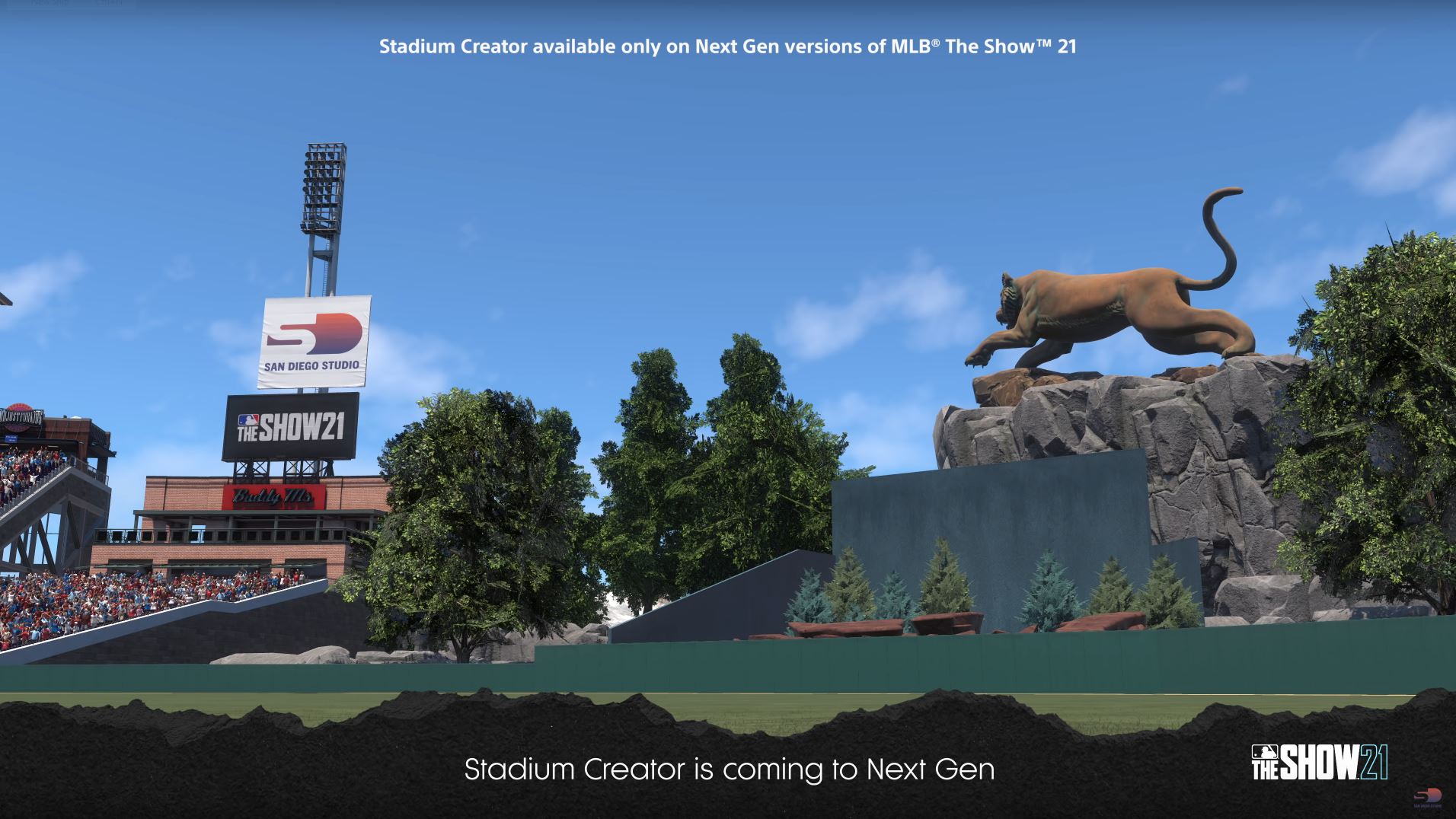 The video was not clear as to whether create-a-stadium is going to make it into Diamond Dynasty or into online play, but that sort of thing should be cleared up in the weeks to come. As has been heavily discussed, the inclusion of create-a-stadium and custom wall dimensions in Diamond Dynasty does raise some concerns among the community. How that would be handled and regulated would be key in terms of community adoption and approval.

From the looks of it, many of the pieces users can play with to customize their stadiums are pre-built assets from other parks. In the screenshots provided, it appears the Tiger from Comerica Park is featured, apartment buildings from other stadiums are re-utilized, and the batter’s eye from a familiar minor league park is built into the new, custom stadiums.

I would assume there’s much more to share about the feature as a whole, and we can expect that in a “feature premier” down the road. 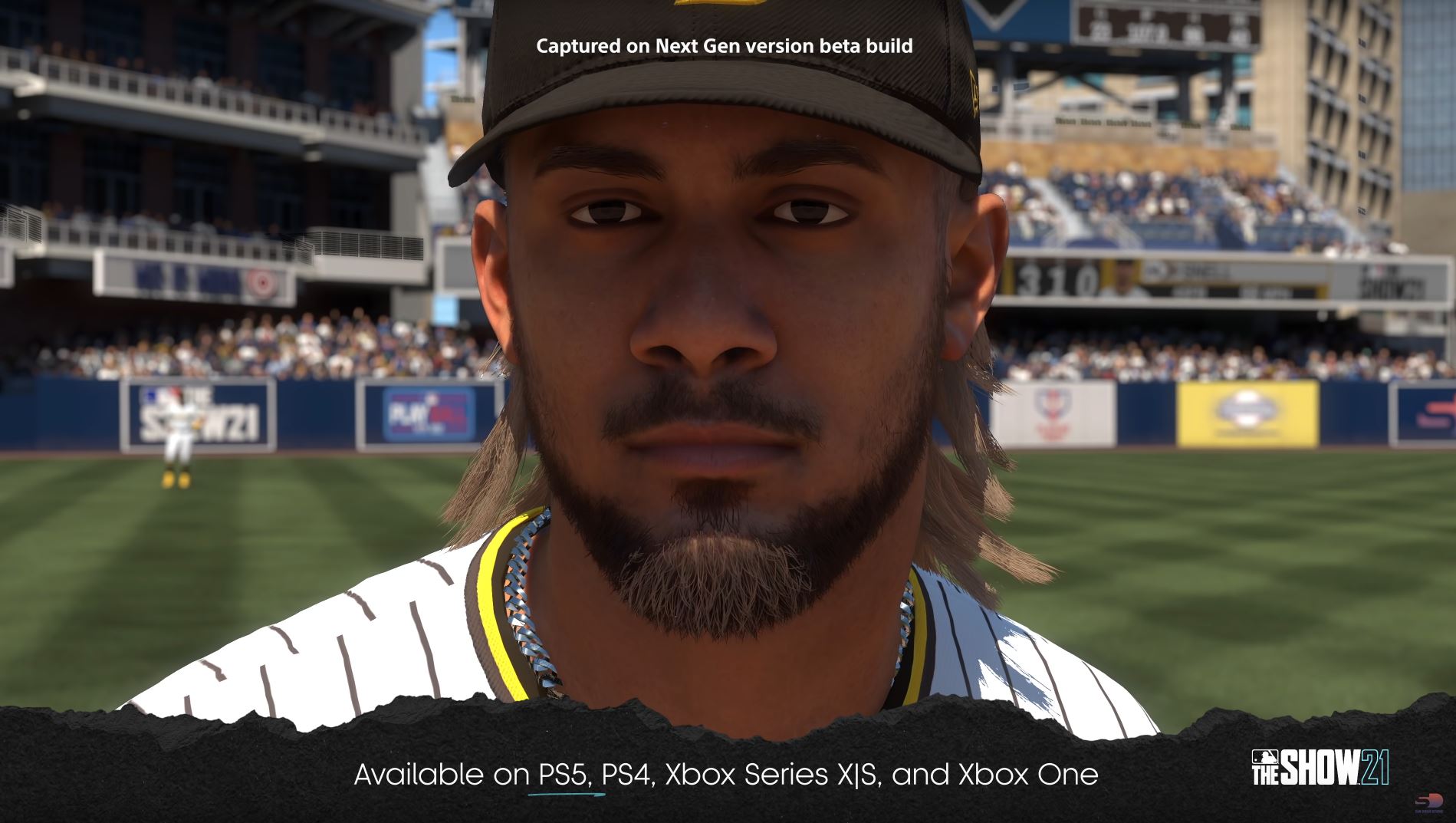 Among the other features teased in today’s video, 4K/60 frames-per-second graphics have made their way in as well. This probably won’t come as a huge shock to consumers as the PS4 Pro version, boosted on the PlayStation 5, is running at a pretty crispy 4K/60 fps right now. That said, with the added graphical upgrades coming to this year’s game on next-gen consoles, the promotion of the graphical fidelity is certainly reassuring.

There will also be DualSense support on the PlayStation 5, suggesting the utilization of haptic feedback. 3-D audio will also be implemented into this year’s game on next-generation consoles.

From a graphical standpoint, it does appear facial hair textures received a boost in this year’s game. Specifically, Fernando Tatis Jr.’s beard looks much more refined in this trailed than it looked in MLB The Show 20. 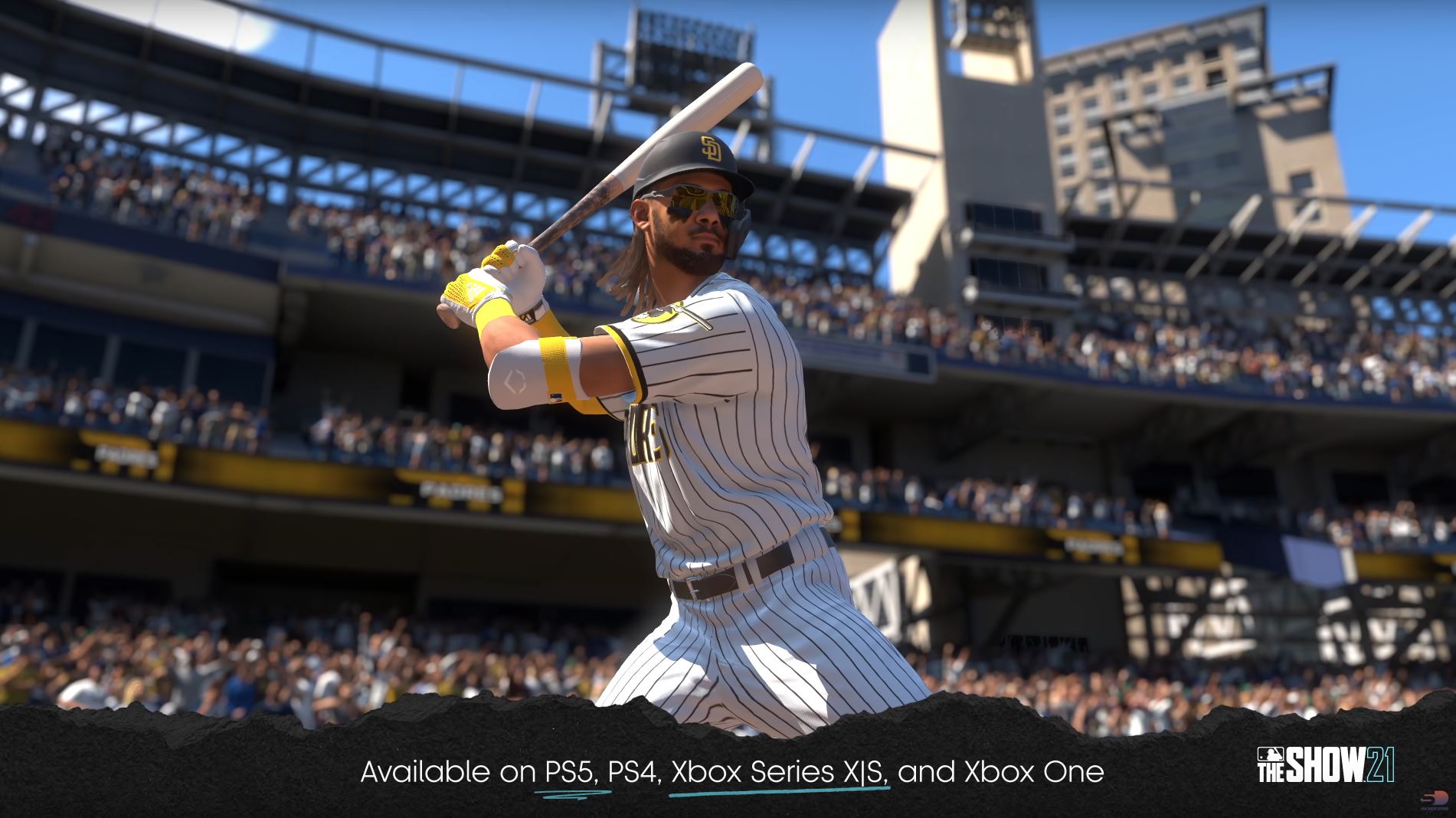 On more of a speculative level, the stitching around numbers and names on jerseys may have received some attention as well. That said, as a whole, graphical upgrades don’t seem to be featured much here when you’re not super zoomed in on the player. Instead, it seems like the focus was on improving performance and using the new PS5 features. MLB The Show did not blow people away the first year it jumped to next-gen consoles during the last era, so if the “wow” graphical moments are a delayed by a year like they were during the jump to the PS4 era, that would not be totally surprising.

The first “feature premier” is scheduled to air on March 11 at 3 p.m. PST. That will be a much deeper dive into the game than these teasers have been. The first premier will highlight “Tailored Gameplay, Pinpoint Pitching, and Hitting engine updates.”