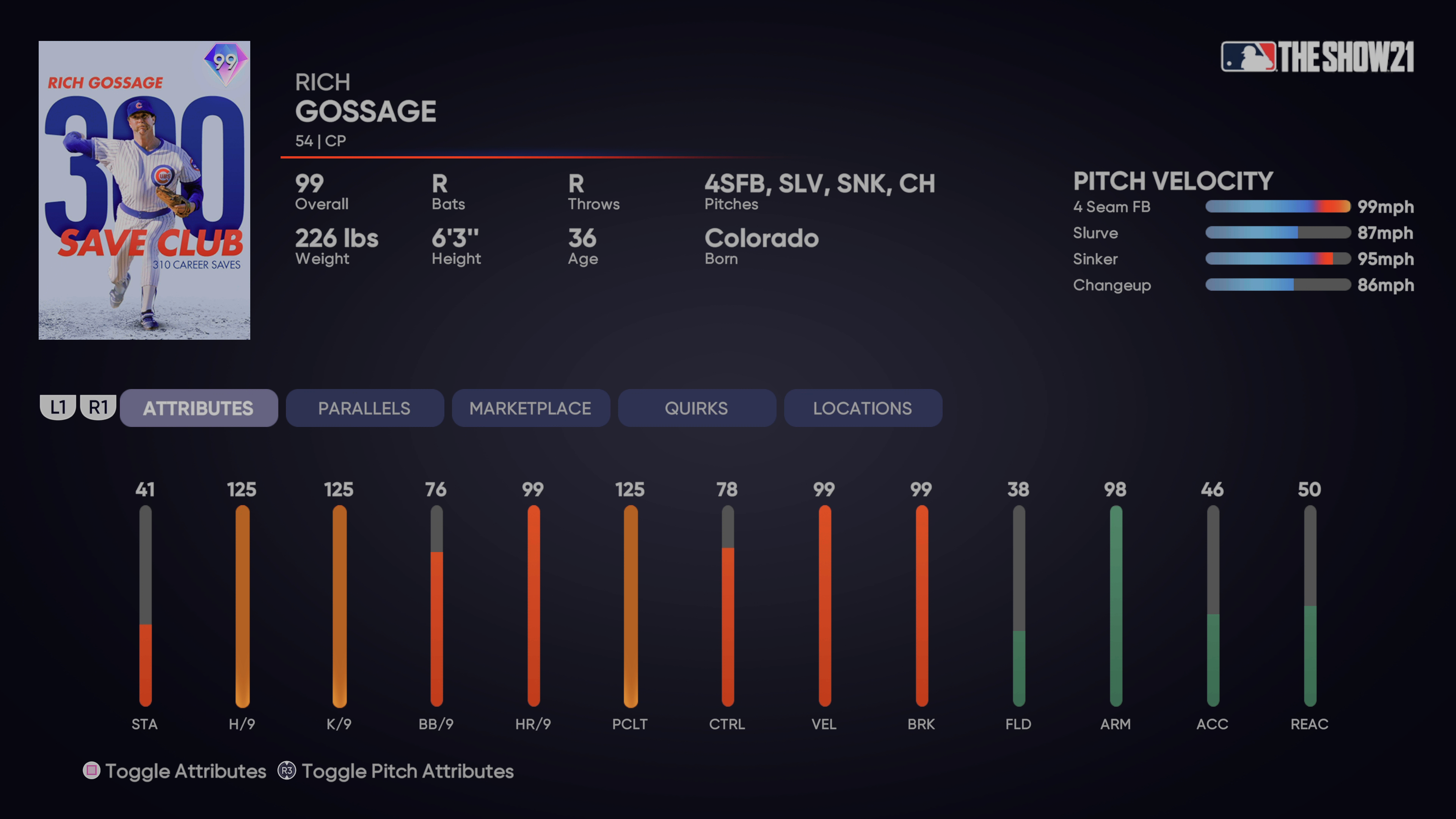 Ranked Seasons 3 wrapped up today, and the new Ranked Seasons 4 rewards in MLB The Show 21 are Awards Larry Walker and Milestone Goose Gossage. Both players are fan favorites through the years, and both cards look like spectacular 99 overalls. The two other new diamonds at the Pennant Race level are not as enthralling, but they are Breakout Monte Irvin and Monthly Awards Tommy Kahnle.

Did you guess it right? Earn 💎Awards Series Larry Walker tomorrow at 3 PM (PT) by making it to the World Series level in Ranked Seasons 4. pic.twitter.com/hXEUT1NfZO

Both cards are tricky to play with right now, especially right after Team Affinity 3 comes out. Monte Irvin can work the count and keep at-bats alive, but he really doesn’t pop off the page in any capacity right now. Everything is either simply average or below average when factoring in he’s a 91 overall left fielder.

With Tommy Kahnle, his issue is he has only three pitches. The difference between his fastball and changeup velocity is 10 mph, which is fine, but not silly like some of the other variances out there. He does not have incredible control or top-end velocity either to balance things out. These are very iffy rewards to me.

The Pennant Race rewards are forgotten when looking at what we get at the World Series rank. Larry Walker was among the top hitters in MLB The Show 20 for at least a month-plus last year. He was a nightmare to deal with every time he came up, and so he has a lot of goodwill built into things here. This Awards Larry Walker card has max power and contact vs. RHP, and he’ll still be more than solid against LHP. On top of that, he has 93 arm strength in the outfield, plus 94 vision. This card looks absolutely incredible.

With Milestone Goose Gossage, he is bringing 99 mph gas (but no outlier) plus a high 90s sinker to things. He has 99 control and 99 break on the fastball, but control overall may be a tiny bit of an issue with his secondary pitches (a slurve and changeup). He has 125 H/9 and 125 K/9 as well. I do think this card comes in just slightly under Walker’s card, but it’s close because it’s still easy to argue that high-end relievers are in higher demand than outfielders.