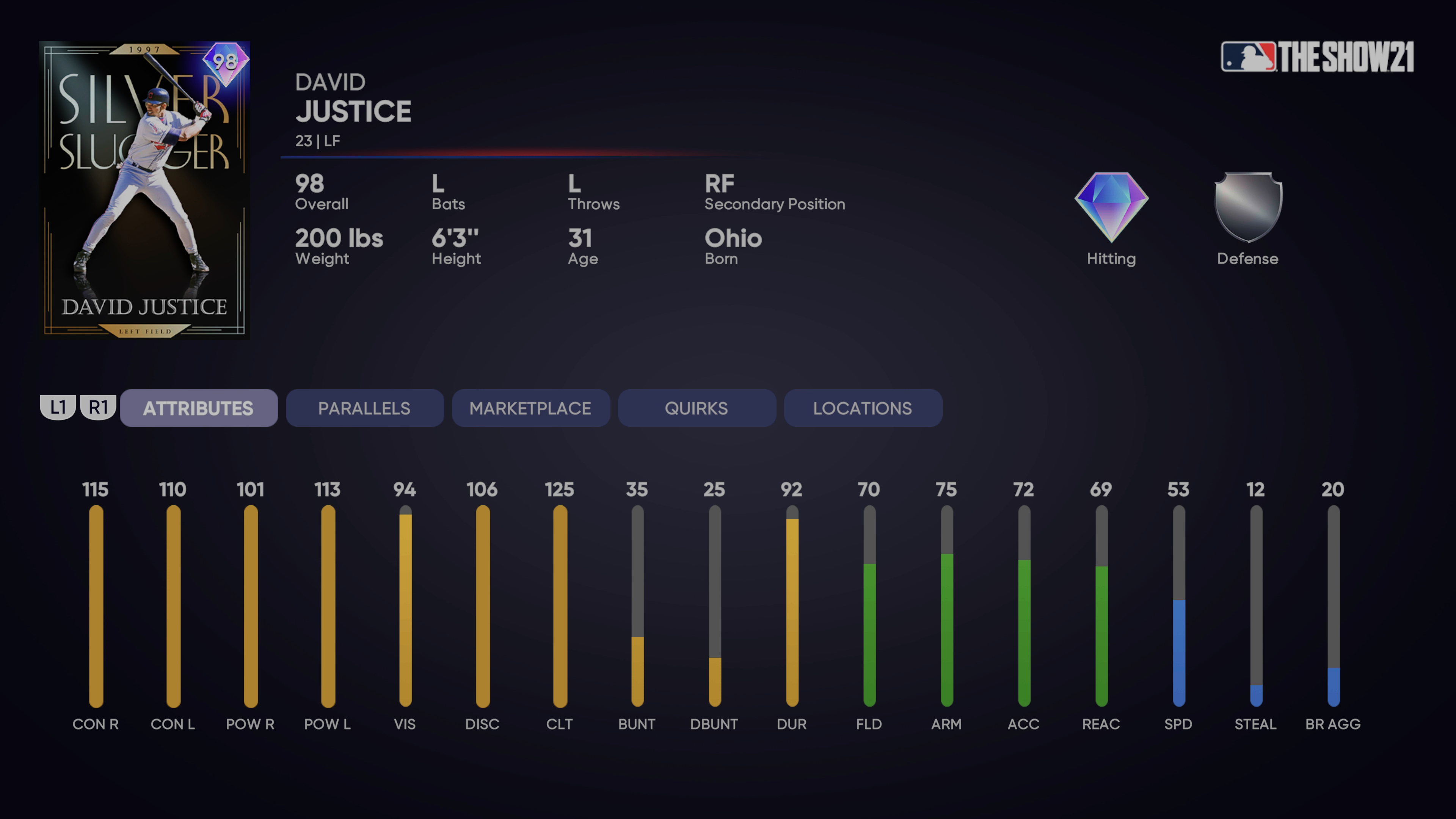 Ranked Seasons 2 came to an end today, and the new Ranked Seasons 3 rewards in MLB The Show 21 are Milestone Vida Blue and Awards David Justice. Both look like terrific cards, and they likely become the two cards you will be chasing if you grind it out in Ranked Seasons 3. The two other new diamonds are not as exciting, but at the Pennant Race level you can now grab All-Star Mike Scott or 2nd Half Heroes Will Clark.

Ranked Season 3 is live! Compete online and make the World Series tier to earn new rewards 💎Milestone Vida Blue or 💎Awards David Justice. There are plenty of other great rewards along the path too, like this new star bat skin. #MLBTheShow pic.twitter.com/s0UXj9hBIq

All-Star Mike Scott comes with a primary splitter, and then mixes that together with a mid-90s fastball, slider, and curveball. He is going to lean on that splitter and fastball combination, so he’s going to live at the bottom of the zone a lot of the time. Scott has had some awesome cards in the pas, and here you get 95 H/9 and 103 stamina. I don’t think this is an incredible card, but if you run up against an undisciplined hitter who struggles with the low ball, that splitter could cause some headaches.

With 2nd Half Heroes Will Clark, you’re getting a 1B who can play nowhere else on the diamond. He has poor fielding even there, and his hitting stats are not that great either. On top of that, Will Clark’s swing does not click with everyone, which makes this even tougher to recommend. All in all, I think the option here is relatively clear unless you’re a Giants fan.

Sandberg, Ryan, and Fielder have all been dropped from the awards pool this month. This is generally how things go with Ranked Seasons (players stay in the pool for two month) so this all makes sense.

Awards David Justice has some nutty hitting stats. He goes 100+ against RHP and LHP with contact and power. He also has 94 vision and 106 discipline. The downside is the defense is only a silver, and he’s rather slow. Still, you’re getting top-tier hitting stats from corner outfield spots, and he’s definitely still going to be usable even with the downsides. I’m not familiar with his swing, so that’s the one question mark.

Milestone Vida Blue is not a question mark. Veterans know he can be a menace, and this version has 111 stamina, 123 H/9, and a fastball that’s going to run up near 100 mph. He has good control of the fastball, curveball, and changeup. His changeup only clocks in around 80 mph, and his curveball has 99 break. In other words, it looks like Vida might be a nightmare to go up against.

I want both of these cards at this point, but I lean Vida Blue if I’m choosing one over the other.