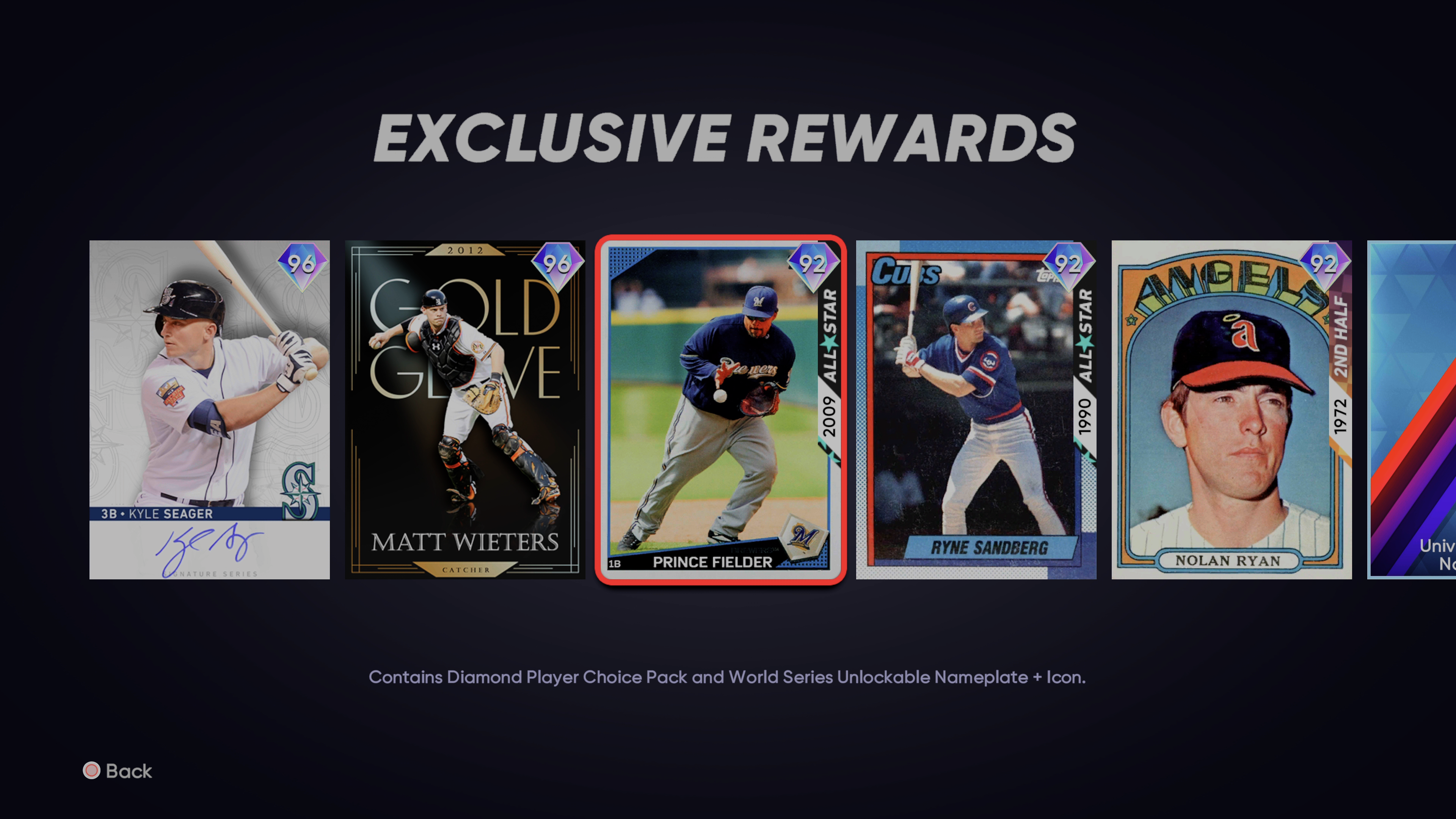 We wrapped up Ranked Seasons 1 yesterday, and it appears the structure for Ranked Seasons rewards will follow the same guidelines as last year. This means the player rewards from Season 1 will remain, and now a new set of diamond and gold players have been added to that same pool. With that said, let’s outline what’s new here for Ranked Seasons 2 in MLB The Show 21.

The second set of World Series diamond are Signature Series Kyle Seager and Awards Matt Wieters. Again, it’s not abnormal to have two diamonds rather than three based on prior years. This means All-Star Prince Fielder, All-Star Ryne Sandberg and 2nd Half Heroes Nolan Ryan remain in the pool.

For the Pennant Race choice pack, two new diamonds are in this pool now. Again, this is normal to see the gold players eventually become diamonds even at the first checkpoint of your Ranked Seasons path. Here, we get All-Star Wade Davis and Monthly Awards Tom Murphy.

I’ll always tend to think the reliever will have the upper hand here for the first pick, but Wade Davis is a tricky case. He in essence only really has two pitch types, and beyond that, his control is spotty on everything but the 4-seam and cutter. Still, he has 116 H/9 and he still might be able to get the job done for one inning. Tom Murphy is the platoon catcher option, and he absolutely mashes against LHP. However, you’ll obviously see less LHP than RHP so he could just be more of a bench bat who can fill in at catcher in later innings. His other drawback is he’s not much of a defender behind the plate.

This is not a terribly tough decision for me since Kyle Seager’s swing is one of my favorites. He has great stats from both sides of the plate to back things up, plus he’s going to be a great defender at 3B as well. He doesn’t have any positional flexibility but that’s not a problem for me. Matt Wieters is a switch-hitting catcher, so he’s another easy sell, but I’ve never hit that well with Wieters. He also has the downside of being much worse against RHP than LHP. Regardless, he’s great behind the dish, and being a switch hitter mitigates some of the issue he has against RHP. Being able to play first base as a backup option is maybe a small bonus, but you’re generally going to have better options there than Wieters. 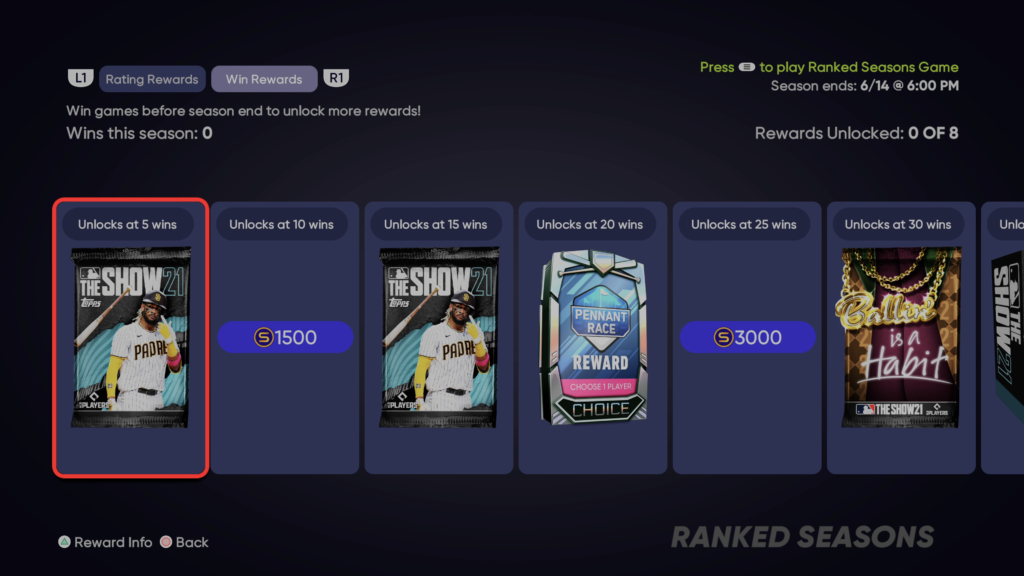 The “grind it out” structure remains in place, so you can get the Pennant Race reward at 20 wins and the World Series reward at 40 wins. The wins from last season do not stack for this season, so this remains the most time consuming new reward structure in this new model. I say that because 40 Ranked Seasons wins is no small thing, and this season ends on 6/14 so you need to win over one game a day to get there. Still, it’s better than only being able to earn the reward through getting to World Series.