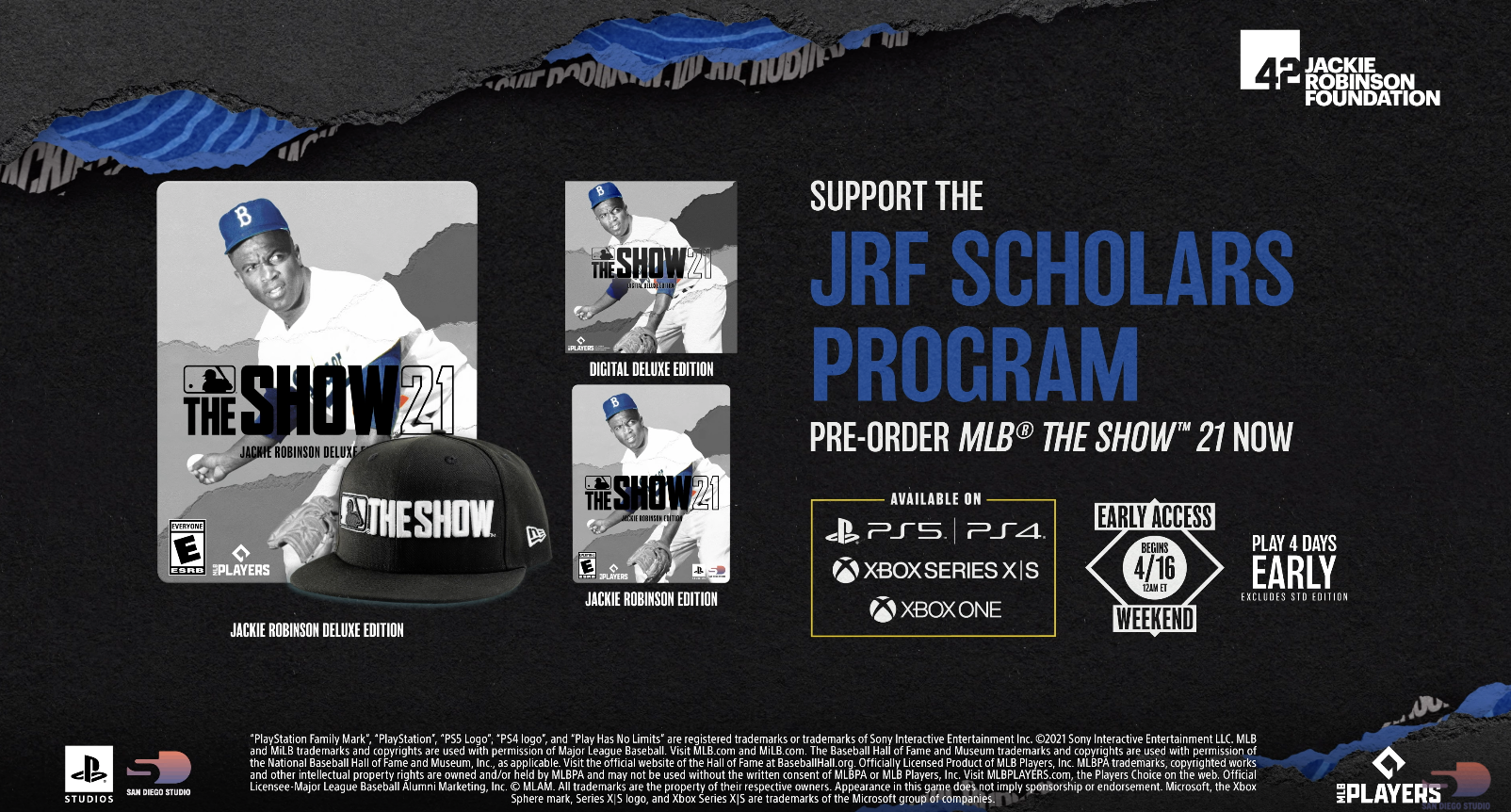 NOTE: If you want access to both the current and next gen versions of MLB The Show 21, please ensure you purchase a Collector’s Edition or Digital Deluxe Edition on the platform of your choice. For the physical Jackie Robinson Edition or physical Jackie Robinson Deluxe Edition, these editions will include both current gen (disc) and next gen (voucher download code) entitlements on the given platform.

If you purchase MLB The Show 21 Standard Edition, you will only have access to that version of the game and will not be able to upgrade at a later date. 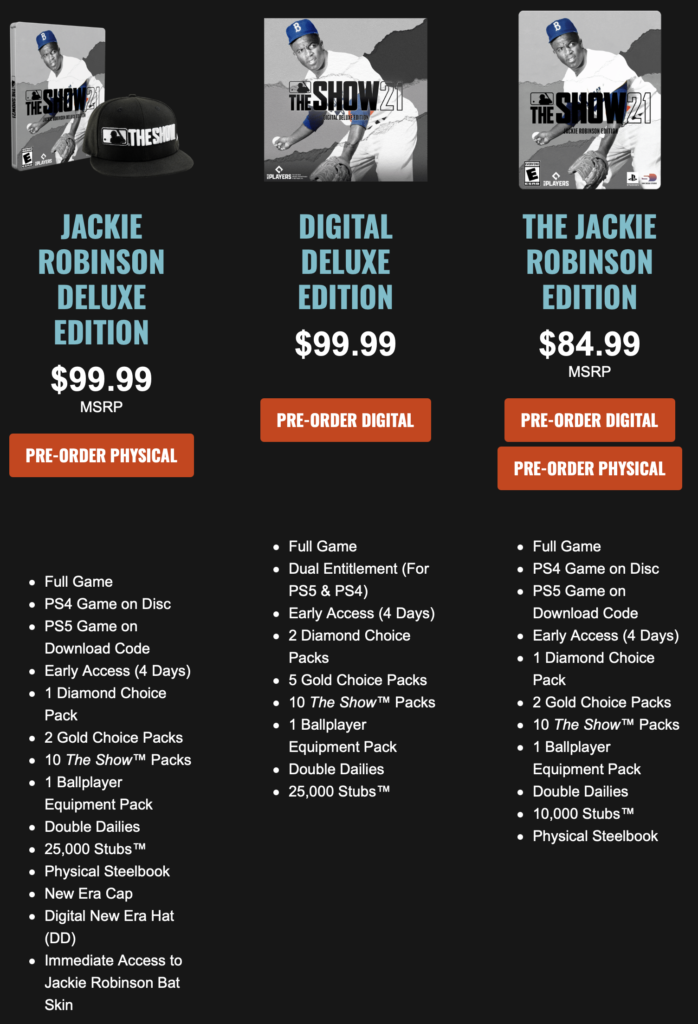 For more information about the MLB The Show 21 Collector’s Editions, read the latest blog post.

MLB The Show 21 Standard Editions will release on April 20, for PlayStation 4, PlayStation 5, Xbox One and Xbox Series S|X. Fernando Tatis Jr. was announced as the cover athlete.

With cross-platform play, users can play against each other online from multiple console platforms. You can also earn and use content, on whichever platform and generation you choose, with cross progression.

The team will be broadcasting 6 feature premieres on their Twitch, YouTube and Facebook Live accounts, with the first one coming in March.