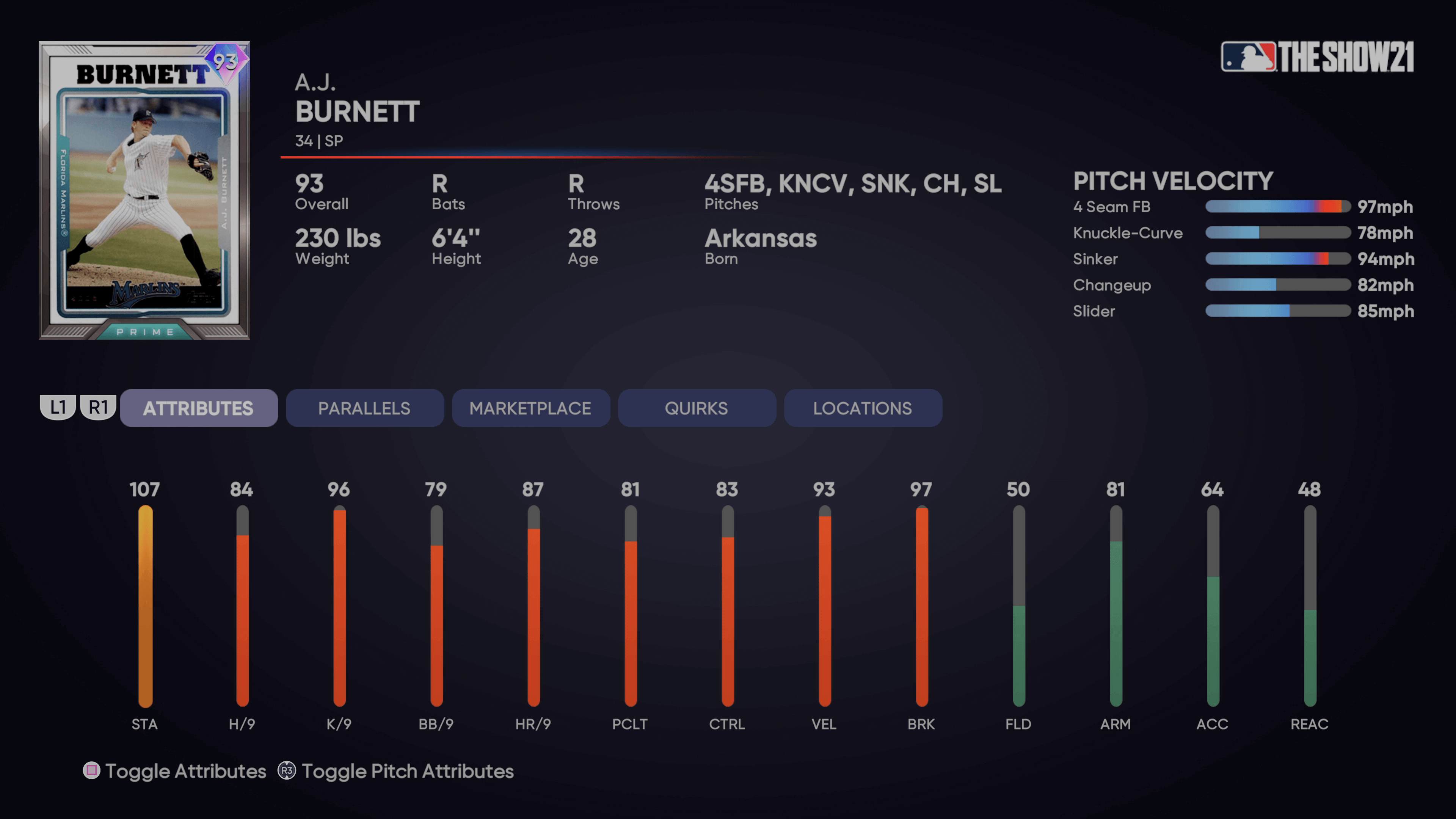 This particular A.J. Burnett card art was not tied to Burnett’s most popular Show card last year — that belonged to the Face of the Franchise card — but Burnett is a classic boom-bust starting option. He brings a 97 mph fastball to the table, along with a 78 mph knuckle curve, 94 mph sinker, 82 mph changeup, and 85 mph slider. He has plus-plus control of the 4-seam, curve, sinker and that lines up with who Burnett was as a pitcher. Maybe he had a changeup or slider to mix into things, but at his best he was basically owning you with two pitches.

He has 107 stamina, 96 K/9, and 83 control. In short, if you can get in a groove, and your opponent can’t handle the fastball-curve combo, then you can go deep into games with Burnett with his high stamina. However, it’s also just as likely that you’ll get blasted in some outings and need to pull him out after just one run through the order. I’m a big fan of feast-famine power pitchers, so I tend to use Burnett more than I should.

Since this is a Prime A.J. Burnett, we might not get a better version of him this year, but I still expect to see one more lower-rated version of him at some point. 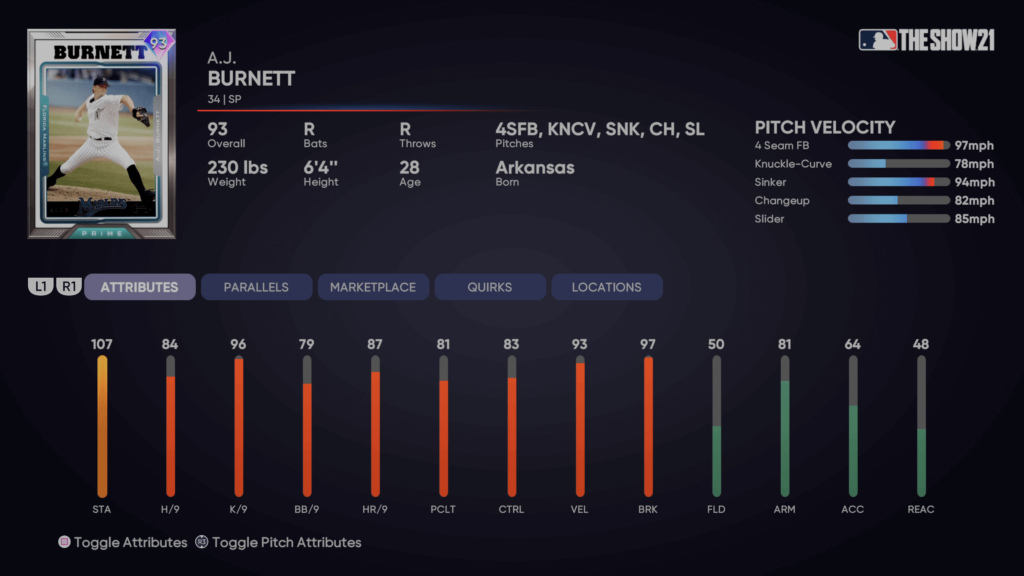 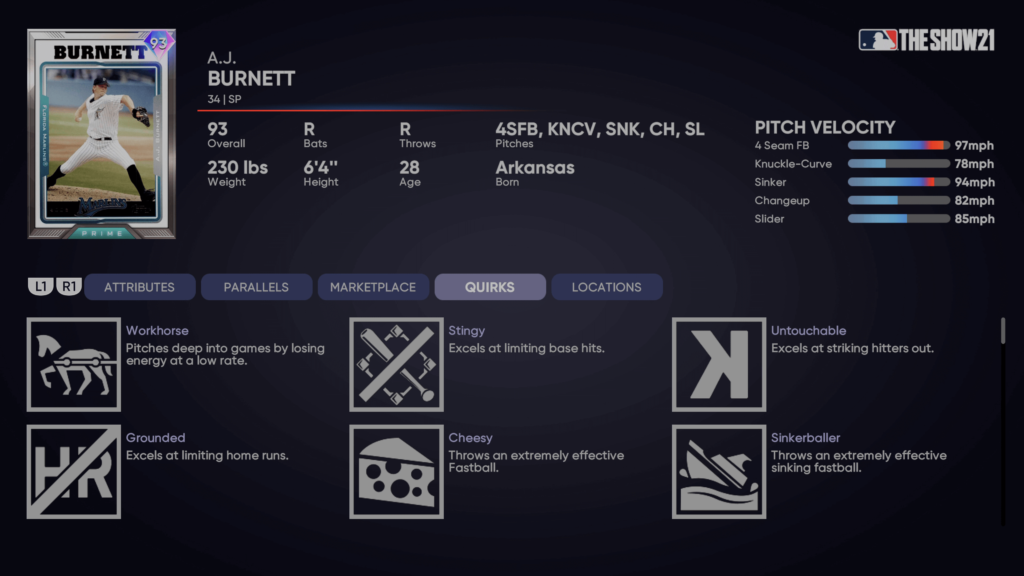 The odds on the Headliners packs remain the same as always, so good luck if you try getting him in packs as you’ll have a 1:10 chance at a diamond, albeit that diamond might not be Prime A.J. Burnett.