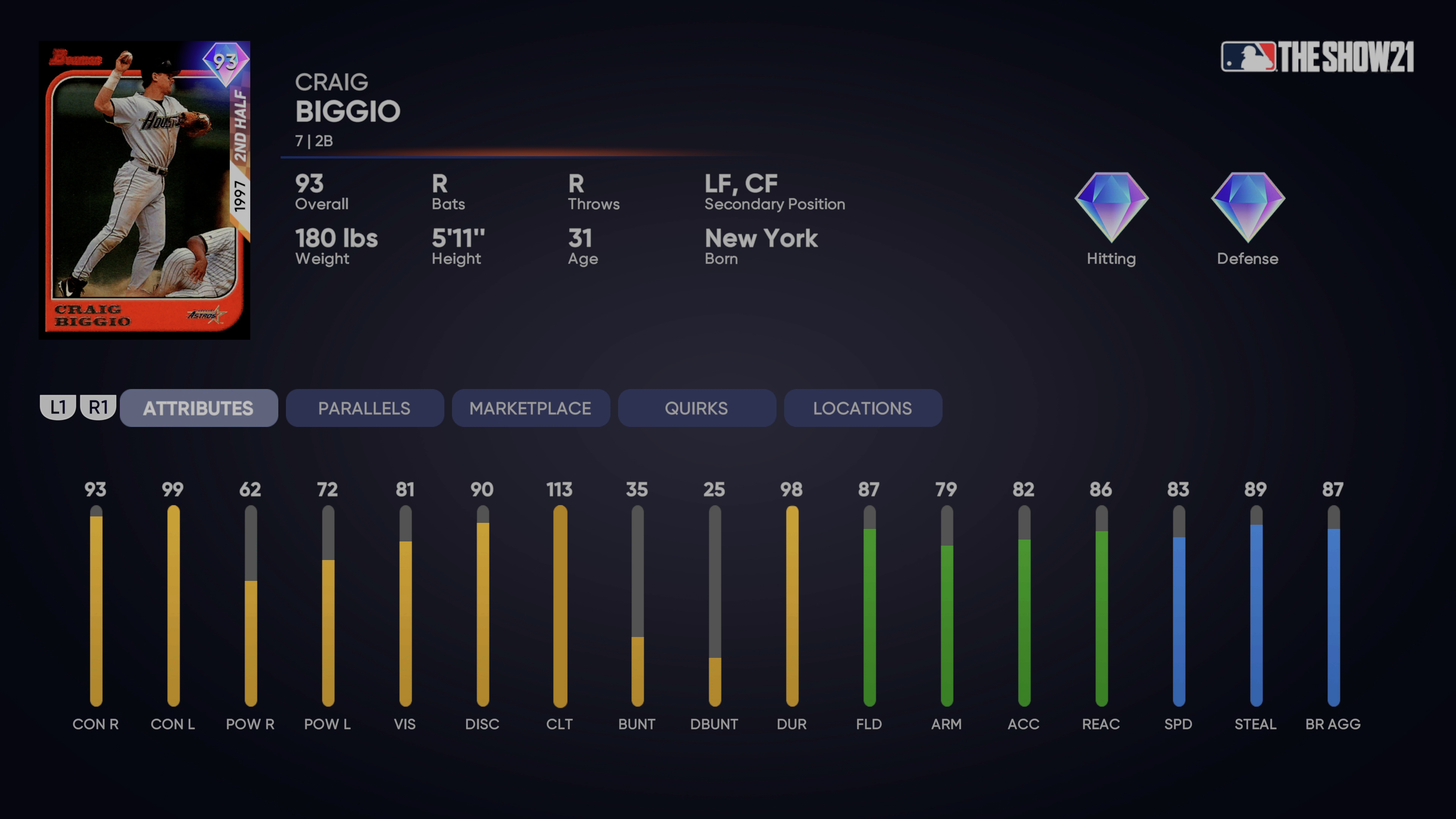 Craig Biggio is immensely popular in The Show based on his 99 overall card from MLB The Show 20. He might even have a little buzz right now because his gold Team Affinity card is already very solid. It also doesn’t hurt that his son, Cavan Biggio, has a killer card as well right now.

With this 2nd Half Heroes Craig Biggio, you’re looking at 93 contact vs. RHP and 99 contact vs. LHP. It also has decent power, 81 vision, 90 discipline, 87 fielding, 86 reactions, 83 speed, and 89 stealing. In general, Biggio hits for more power than you might expect, so this is closer to a five-tool middle infielder than you might think at first glance. He also has secondary positions for CF and LF, so perhaps that CF option does come into effect at some point since his arm strength is 79. All in all, this is a great two-hole hitter to add to the lineup right now.

We’re going to get at least one more version of Biggio because, again, his 99 overall Signature Series card was a massive fan favorite. I wouldn’t be shocked if they just bring that card back (slightly modified) in the coming months, but there’s no reason you can’t use this card until then if you’ve been hankering for a top-end Biggio. 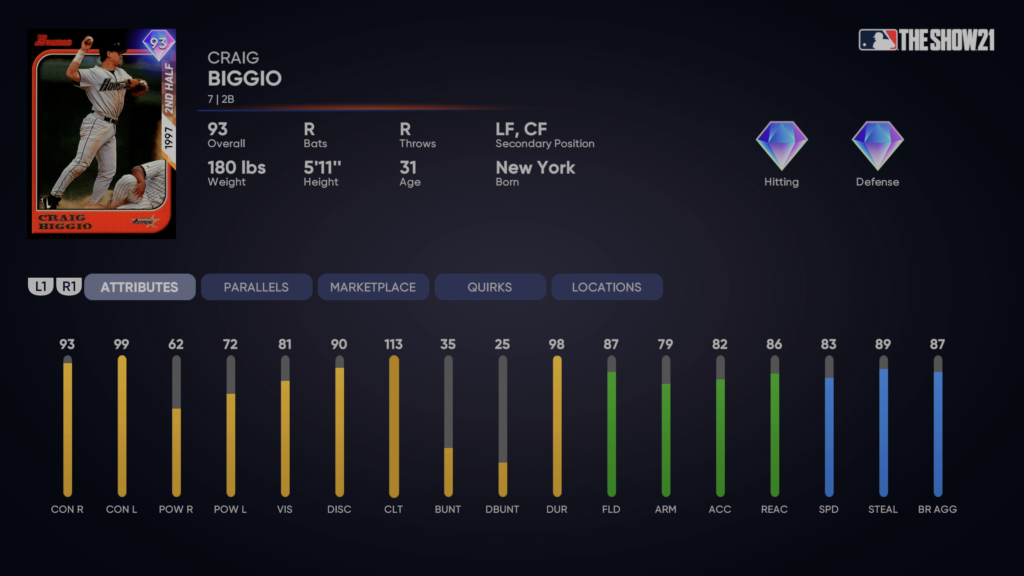 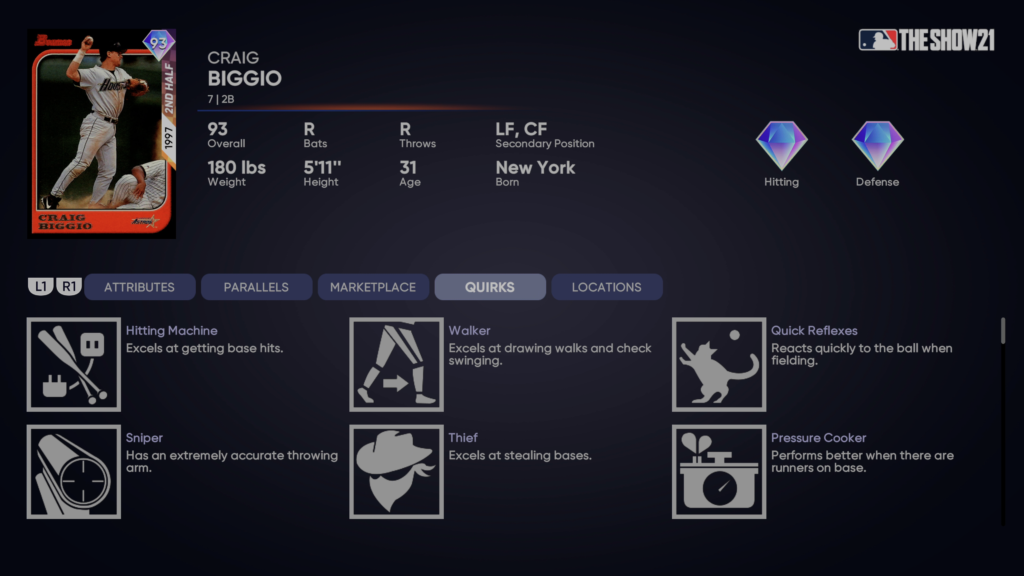 The odds on the Headliners packs remain the same as always, so good luck if you try getting him in packs as you’ll have a 1:10 chance at a diamond, albeit that diamond might not be 2nd Half Heroes Craig Biggio.