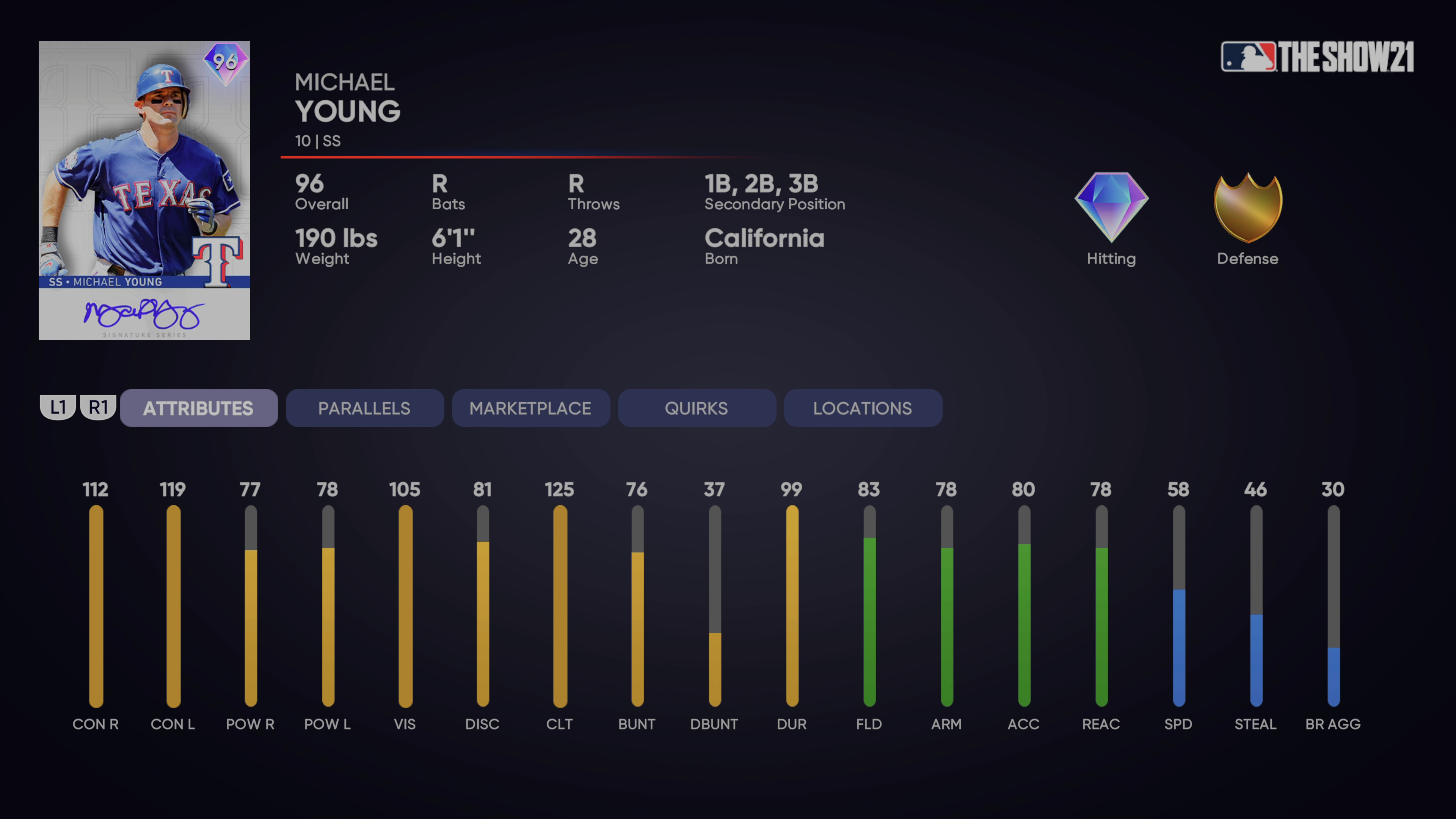 Michael Young has been a Show mainstay, and this is not his first card of the Show 21 season. Regardless, obviously this is his best (and probably) last card of the year. Young is another one of those guys who doesn’t get a lot of love because he’s not a standout power hitter or fielder. Still, he has 112 contact vs. RHP and 119 contact vs. LHP. He has 105 vision, 58 speed, and he can play every infield position minus catcher. In other words, he’s overqualified for the super utility role, but it’s maybe hard to figure out where you want to start him.

At the end of the day, it just comes down to whether you like his swing and like high contact guys with elite vision. I tend to avoid most Michael Young cards, but that’s more because I just don’t have a “bond” with him from his playing days than anything against how he plays in the game. 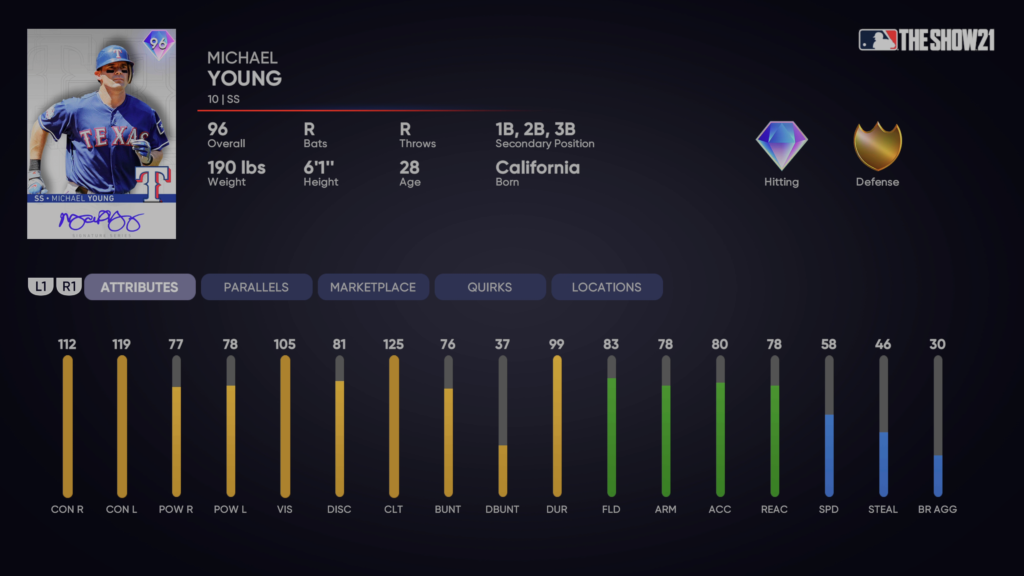 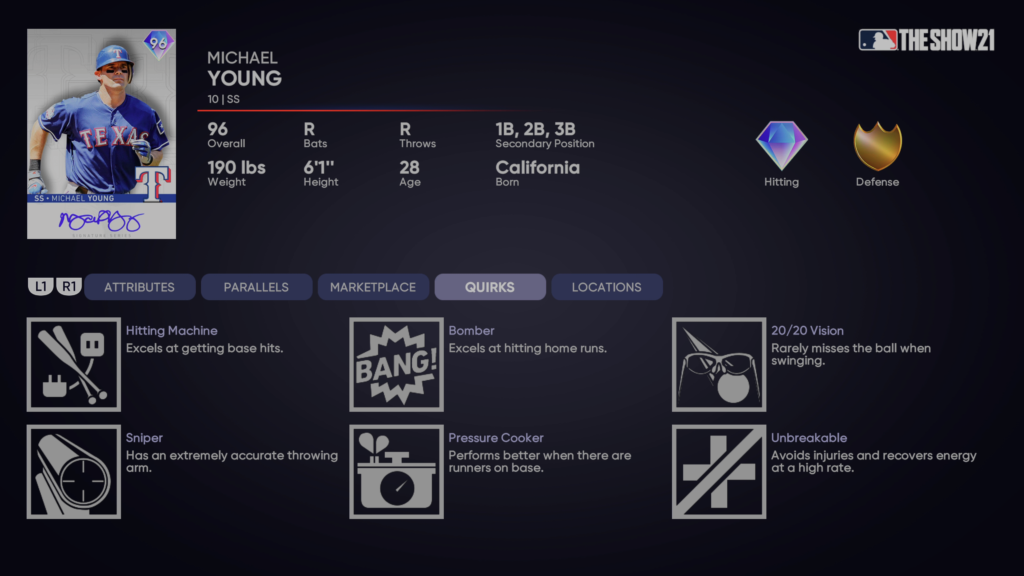 The odds on the Headliners packs remain the same as always, so good luck if you try getting him in packs as you’ll have a 1:10 chance at a diamond, albeit that diamond might not be Signature Series Michael Young.

Comment on this article
Continue Reading
You may also like...
Related Topics:mlb, mlb the show 21, SDS, sony san diego